Dirk is one lucky cat as he got to try the 4Cats Premium Rustling Cushion. It’s soft, has strings, there’s catnip inside and it rustles when your cat kicks it so what’s not to like?!

I love teasing Dirk with the rustling sound. When he’s in a different room and hears the noise he is instantly curious and wants to find out where it came from. By now he knows the sound comes from the toy so he knows he gets to play with it if he can find it! This makes it a lot of fun to play together: I like to hide the toy behind my back and move it around when Dirk is looking for it 🙂 Not for too long of course, I don’t want him to get frustrated. 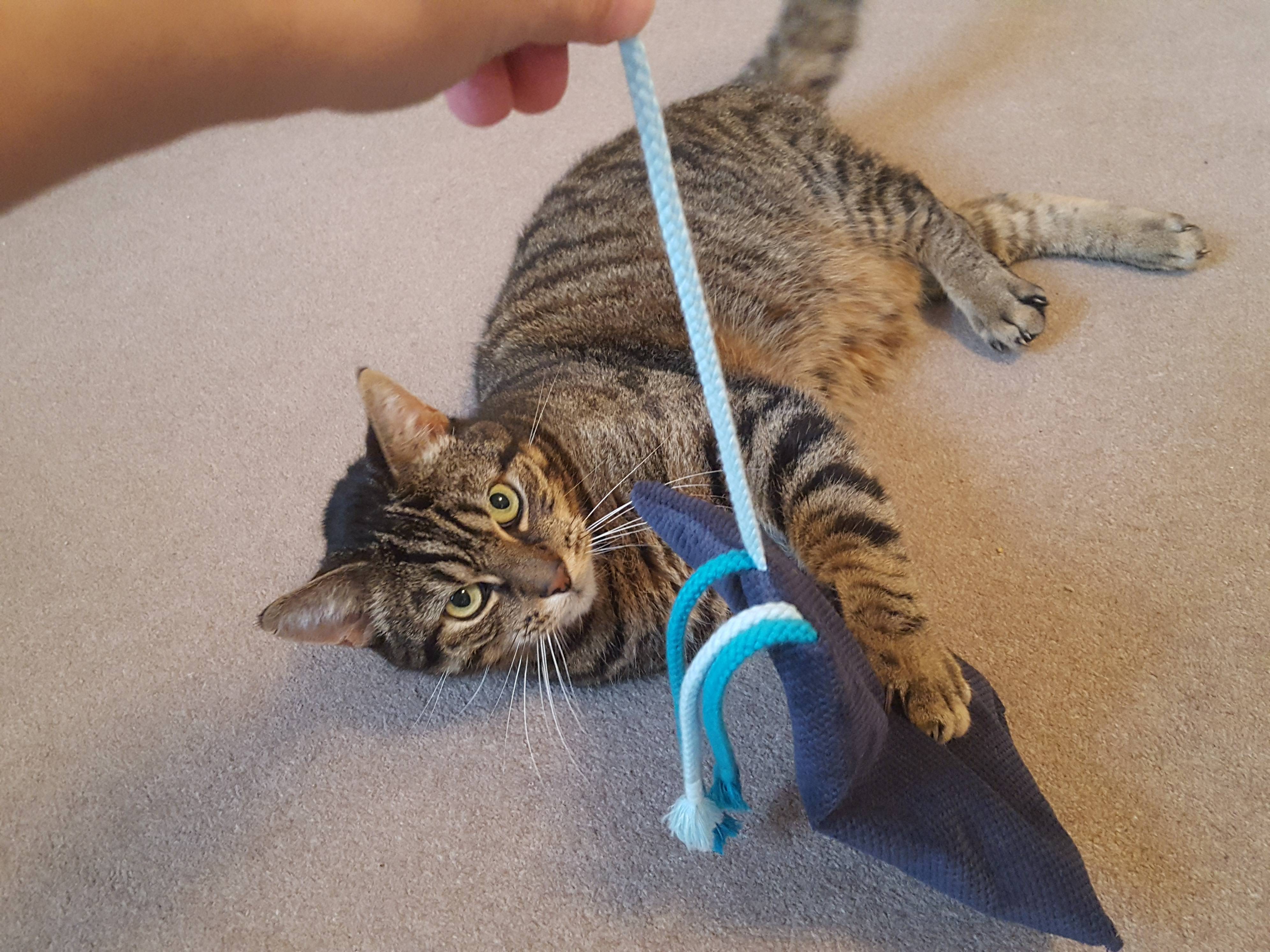 Finally!! I knew you had it!

It’s fun though as he get’s the feeling of chasing or hunting something and once he’s got his paws on the cushion or the strings he’s not letting go!

Dirk loves tugging and kicking this toy a lot! I haven’t seen him cuddling with it quite as much as with other 4Cats Cushions, but it is quite soft so he does actually sleep on it!!

As you know by now, there are lots of toys Dirk likes as long as he can cuddle or kick them. I would recommend this particular toy if you have a cat whose curiosity is piqued by interesting sounds such as rustling paper or aluminium foil. You may well be using foil or paper balls for your cat to chase around the house. This toy has the added beenfits of strings, catnip and durable soft fabric so your cat can really enjoy this toy for a long time & you can play with him too 🙂

7 thoughts on “Dirk and his 4Cats Premium Rustling Cushion”