Mohanthal my Zen Cat & The Sopranos!

Mother always made my favourite fattening sweet during Diwali, out of sugar, or jaggery, cashewnuts, cream and ghee which was called Mohanthal. Many years later when I was old enough to not eat too much Mohanthal, to keep slim, I met a cat in the cat shelter behind my office, who was the colour of Mohanthal and got that name from me.

Mohanthal was a very solitary picky cat with a look like the one the mathematics teacher at school used to get when he saw my latest pitiful attempts at doing algebra homework. He threw my efferts into the dustbin, and gave me two hours extra homework. The look Mohanthal gave me was eerily the same as if she had come out of that maths teacher’s infuriating face. But she nagged me, not for my maths blunders, but for that irksome weakness I had developed at my work place. I came from a small town in the backwoods to big bad Bangalore, a stylish City, where everyone seemed more cool, smart and savvy than I could ever be. 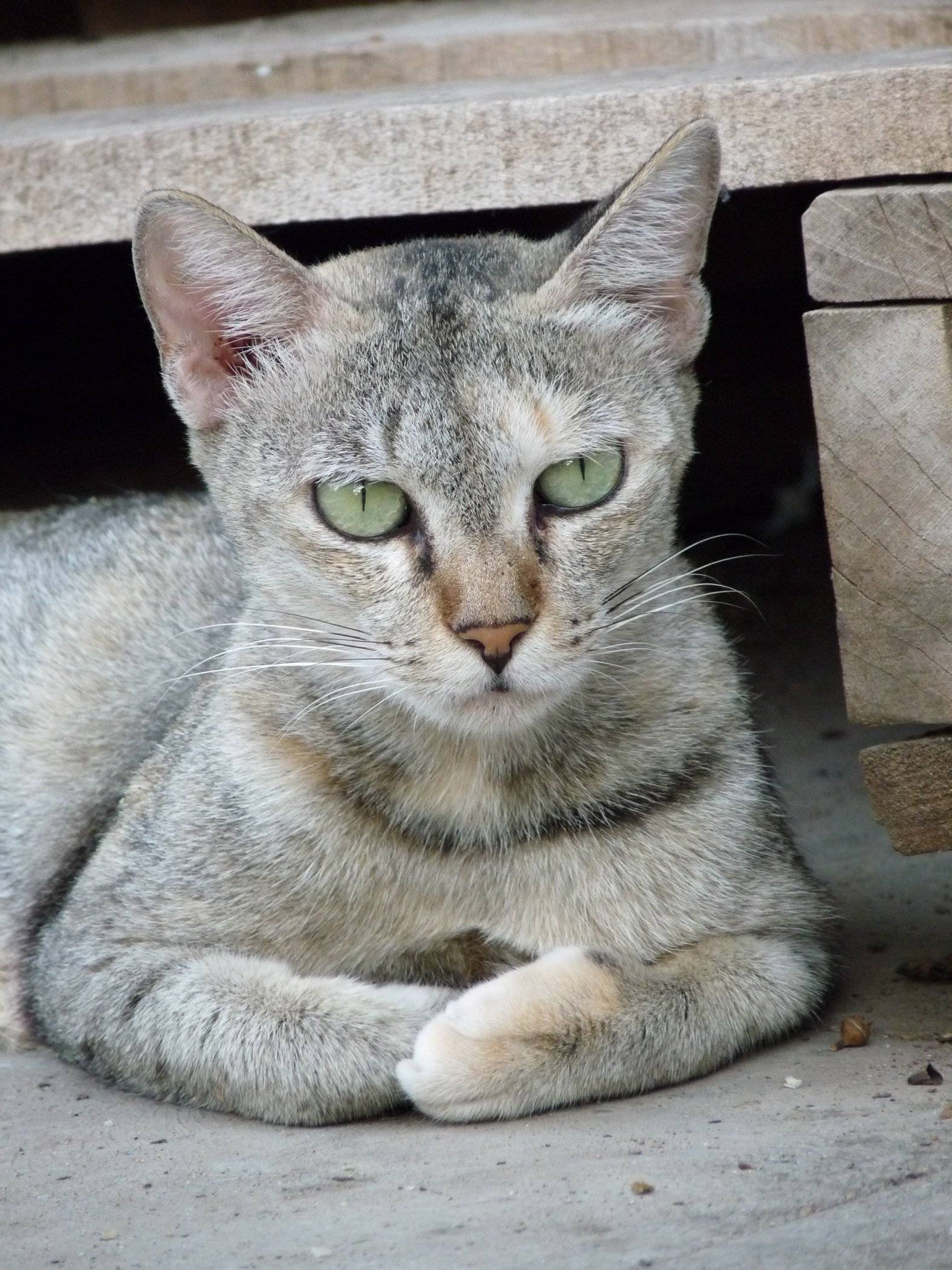 So though I collected investigative stories as quickly as cats gobble up cream or catnip, being very nosy like them, I often got cowed down by sly smart City jokes and snide digs at my shy silences. But Mohanthal considered this idiotic behavior on my part to allow myself to be bitten by City Sharks or Rats as shse saw them! They lost their power over me under her very snooty look. She was the snootiest cat I had ever met! So as she sat above me and all the other cats in that shelter, with that superior serenity that we all longed to gain, she dropped gems of Zen wisdom down upon my head, free of cost, except for some doses of regular catnip that arrived all the way from Walmart in Atlanta to Bangalore from my sister.

I don’t know how that dark grey, begonia-orange cat with the shimmer of canniness in her eyes got her dollops of Zen delights to share with me. Those moment to moment mystifying treasures that life hides just under her silver party dress, waiting for us to pick them up and fatten ourselves on!

Mohanthal’s fierce serenity reminded me that if I had survived that odious mathematics teacher and his horrid looks by switching to English literature in college, I could surely deal with those smart asses at work with my nosy maddening need to dig out good stories! It always seemed to annoy them, so I was obviously onto something good! 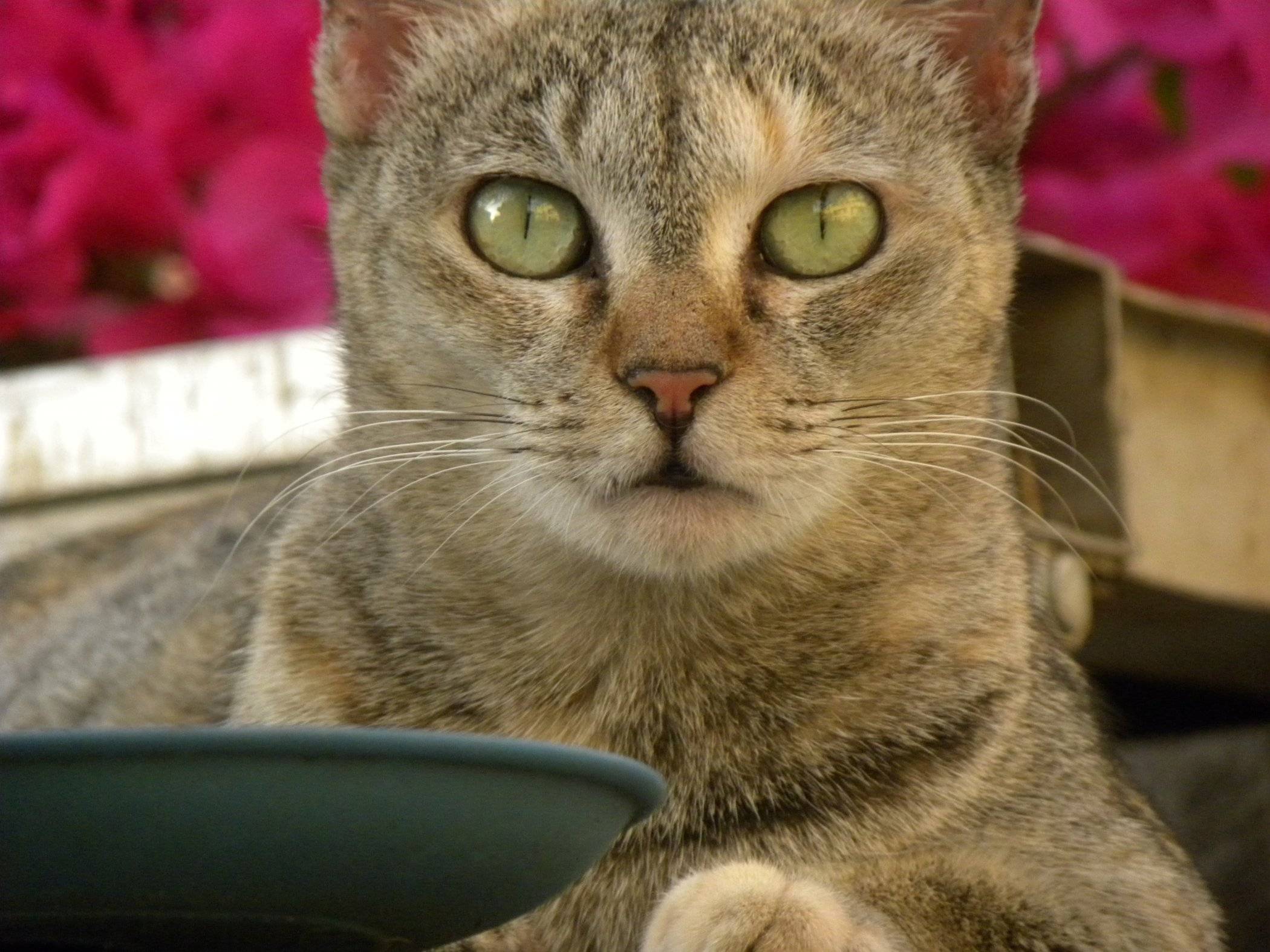 Mohanthal put me into the right mood for picking up those very unnerving rainbows of Rex Begonias selling for Rs. 75 each in the stunning little nursery in the lane behind the office. I could not possibly manage to own them I thought but Mohanthal thought otherwise. So I picked up all the colours, purple, orange, brown, red, green, yellow and pink, strawberry crush, stained and bordered with silver brocades, spending recklessly! I took home a small Rex Begonia palace to burnish my ledges with a new curtain of clarity and calm and learnt to water them carefully, never to drown them in water, as if they were cats!

If I thought I could not possibly try out any other writer except my favourite Charles Dickens, Mohanthal thought otherwise. So I accepted the Bernard Malamud that a colleague lent me and went home to a new level of magic in the realm of reading Jewish writers.

When many years later, as I throbbed in the agonies of one year’s cancer treatment and my hair fell out, I thought I would die. But Mohanthal only looked cool as ice cream and said what on earth was this to worry about? Instead she proudly displayed her brand new four kittens that flung the loss of hair out of my mind every single day.

Mohanthal could not agree with my belief that a bad day had to be mourned and pasted onto my journal. Instead she showed me how to kick a rotten day right out of my sight with a flourish, and to step onto the next enchanted gift waiting under the debris of whatever scum had fallen on it. One time when I had written a story about some very creepy builders harassing consumers by selling London Penthouses in Bangalore, South India (which did not exist) by using photographs of real London houses, and the jealous senior above me, did not use it for a long time I agonized and worried about it, wondering when the other newspapers would get it and use it before us.

But Mohanthal gave me that wise message from the I Ching’s Oracle 52 which says ‘’do not try to use the medicine for which there is no cure” and instead went to the video store in the next lane where I borrowed the complete magnificent set of The Sopranos and binge watched it through the week! The story about the weird London Penthouses was used finally, and I had managed to keep my cool thanks to the Zen Cat’s eerie but entrancing lessons joining hands with those amazing eerie Sopranos to survive human ghastliness at the workplace!

11 thoughts on “Guest Stars: Mohanthal My Zen Cat & the Sopranos”