Cappuccino: the Cat who Rented my Heart & paid no rupees

When I saw my very first Tortoise Shell cat it was as if I had seen the Kohinoor! And when I finally did manage to see the treasure that is a massive matted messy argument between India’s Prime Minister and the UK ‘s top brass, it stood no chance with a Tortoise Shell dazzler. The Brits could keep the Kohinoor I felt! I was nowhere near as impressed by India’s spirited away jewel while the cat dressed in an embroidery of dark orange, white, lemon yellow, black and brown blotches, left me dazed.

The fat furry feline was on the roof of my friend’s house, where he cares for a 100 odd stray cats. To add to that scintillating squiggle of dotted rainbow paint, the chubby cat had golden eyes and a tender blink so adorable I decided then and there, that I would get myself a Tortoise Shell cat at once. 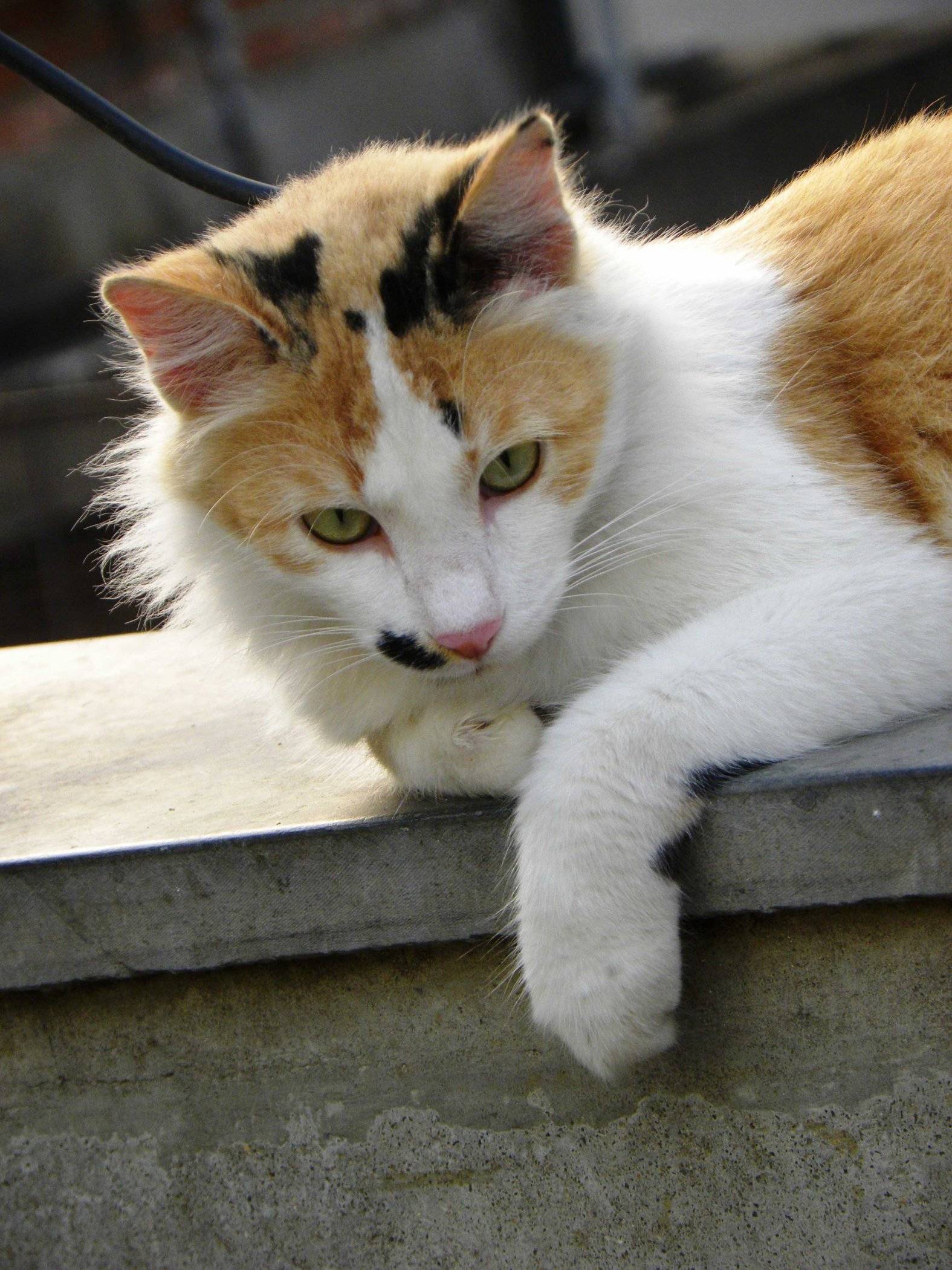 But as all cat lovers know, we don’t go out and choose our cats. The cats choose us. So what I got was a very silent, mysterious dark charcoal grey cat who sneaked into my house every night when I was asleep. But that is another story.

This Tortoise was a very large, very cool, very enigmatic cat who seemed to have happiness arranged and displayed all over herself like a free gift from a garage sale in Heaven to entice the shopper to buy the less exciting goods on sale! 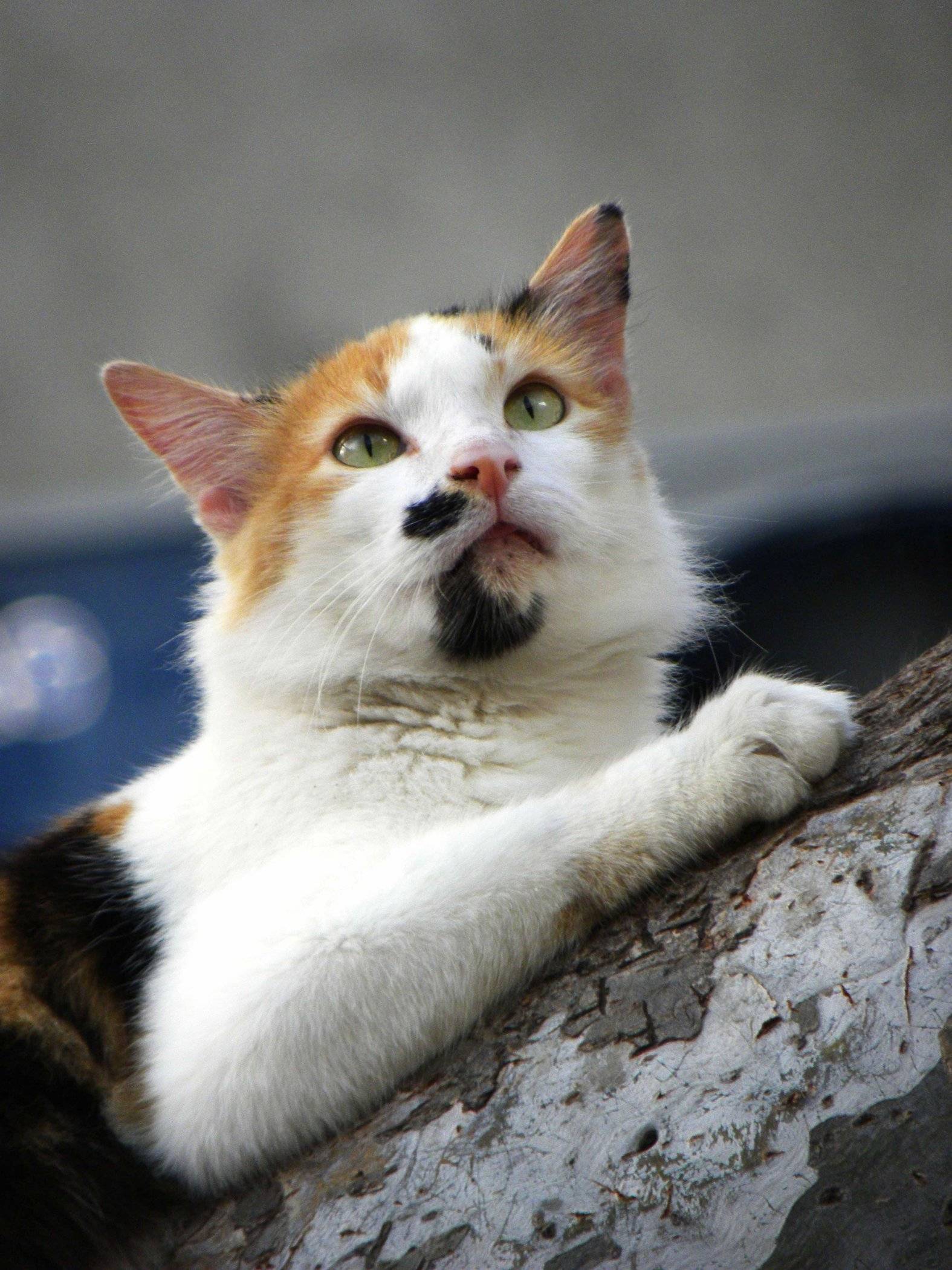 Unlike Mohanthal, the first very solitary, very militant cat who always and immediately scolded me for being a meek nitwit, and ordered me to decimate or demolish all my foes at work at once, this Tortoise just shrugged them off our private zone, like they were the fleas coming off her coat!

I have never seen a cat as tender and pleased as this one was. When something slimy and sickening happened in the newspaper office where I worked, and where jealousy and smallness seemed to thrive like an enormous rodent under the office carpet, I ran off to the terrace to meet this Tortoise whom I named Cappuccino when I found her greedily drinking up the dregs from my coffee cup one evening. 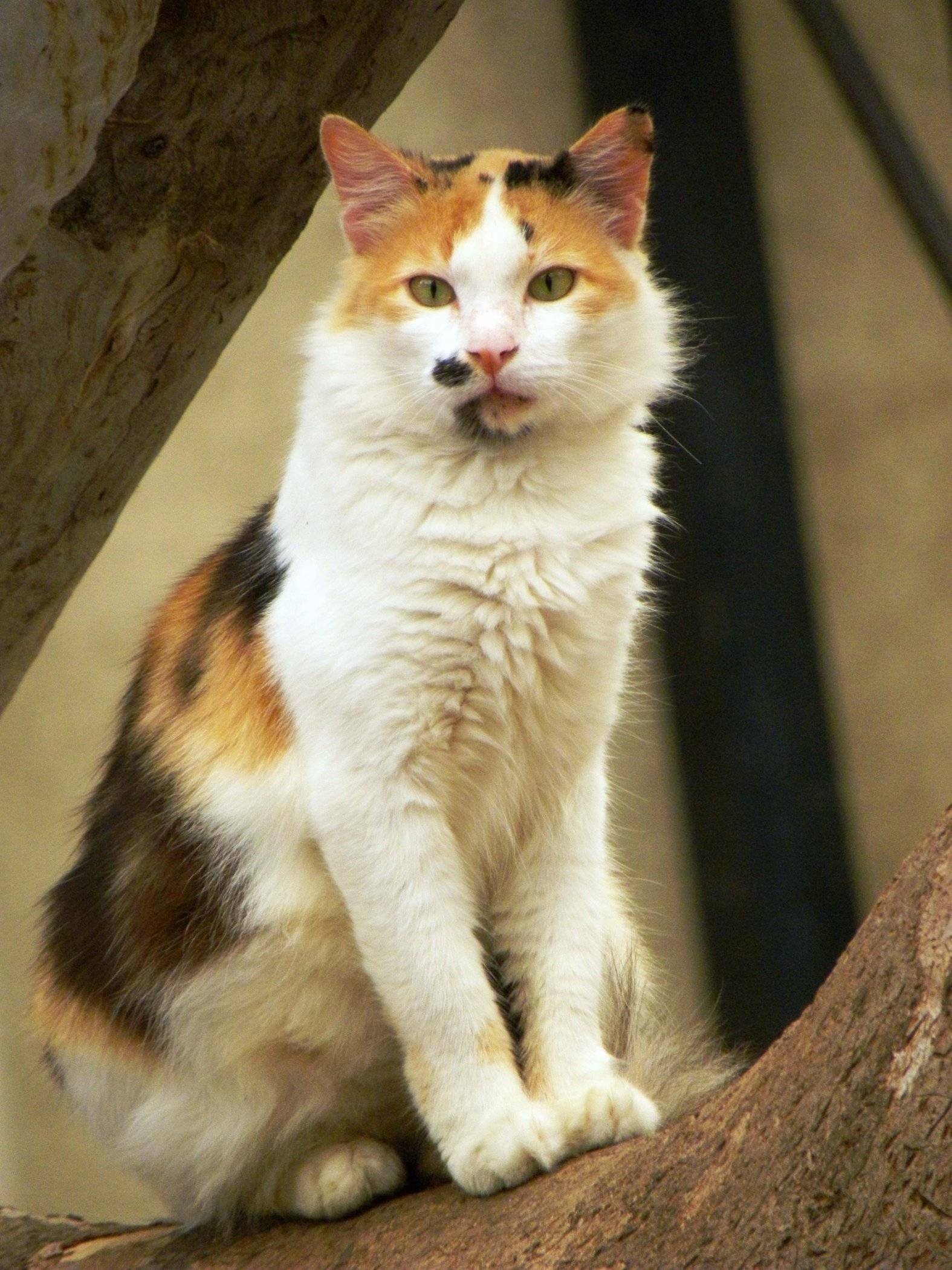 Cappuccino was the undisputed sunshine of the terrace. While Mohanthal glared at everyone, just to keep the creepier world in order, with her superior solitude and personal power, this Tortoise stretched herself out on the terrace ledge, or the ancient tree that was stuck in the terrace, like a sofa for the cats, and just oozed peace out of her golden eyes. She had a delectable dot under her mouth that again turned the Kohinoor into a not so great treasure. Yet again I felt the Brits could keep that controversial gem with them!

While Mohanthal reminded me to forever brandish my personal power and never to let it go, Cappuccino mystifyingly made me discover the personal Kohinoors inside myself, that I never even knew existed there! 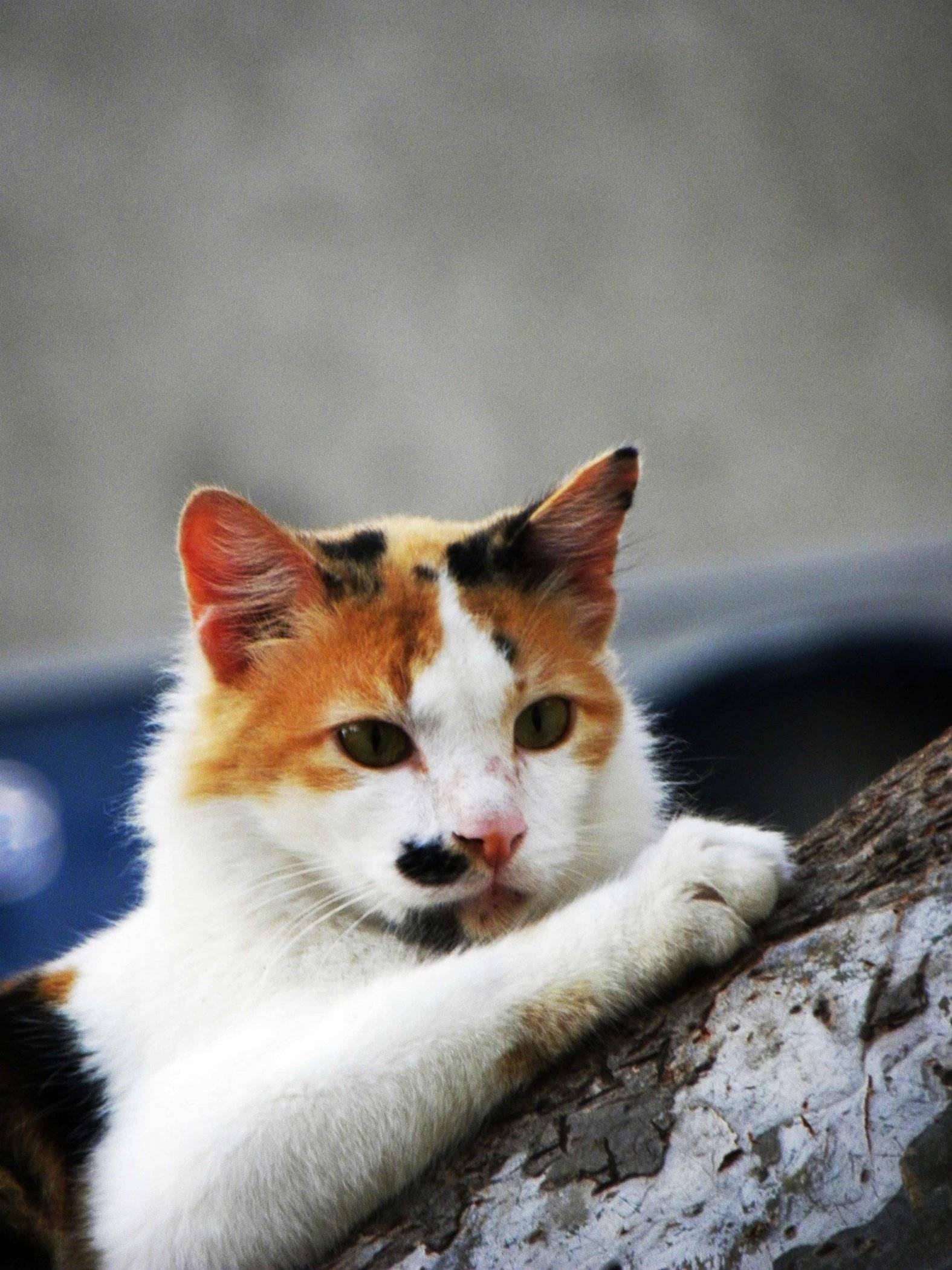 Under Mohanthal’s fierce honesty I was forced to consider the fact that I would need to stand up to that unpleasant senior Editor at work who had sat on an important investigative story I had done about the Government’s water board. That chunky, clunky, mediocre man, who had this always unnerving and astoundingly red colored hair, sat on my special stories like they were bodies to be buried under his shoes!

But when Cappuccino blinked at me, I forgot Red Head the Rodent and instead remembered the Magazine Editor who had introduced me to Saul Bellow and all the other Jewish writers, which opened up a whole new world for me. She put me in mind of the fact that I had paid up all my bills for that month, had increased my stock of African Violets with careful cuttings, discovering that the pink flowered one gave the most generous treasures. She also reminded me to change the sheets, wash the linens, buy the vegetables and the fruits, before drowning myself in CSI Miami or CSI New York!

Cappuccino made me love the sunshine as much as she did. She basked under it more than all the other Zen Cats there! She was almost a heavenly, saintly cat I had begun to feel till the day came when I introduced all the cats to catnip, which had arrived from a Wallmart in Atlanta, sent by my sister.

When a grey Tom went close to Cappuccino’s share of this treat, he got such a whack from her paws that he fell back and retreated like a worm! She gobbled up her catnip and then began to blink again!

On one never to be forgotten afternoon she posed for me till I got more than a 100 dazzling pictures of her, and they all breathed happiness! She was my very own Kohinoor of contentment! 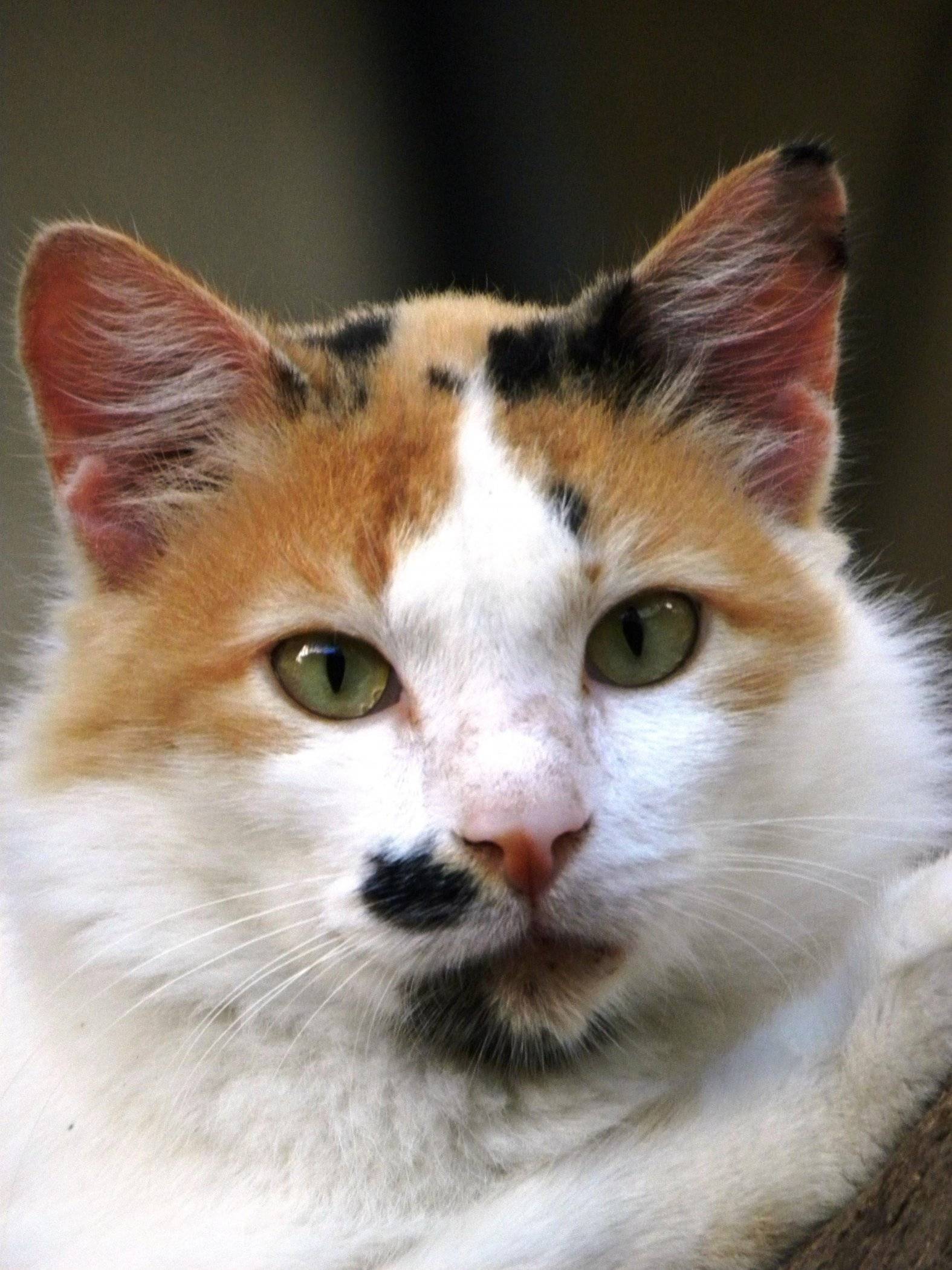 The magic that was embedded in a joyous Tortoise Shell jewel of a cat, coaxed me to consider all the entrancing possibilities shimmering inside me! So that no matter how horridly the Red Haired Red Necked Rodent at work, robbed me of my work, there was always enough remaining with me to survive.

So that Tortoise Shell stunner you could say, rented my heart for all time, without paying me any rupees. But she dug out all the hidden inner Kohinoors of my soul and made me shine more than that dratted treasure stuck in London much to the dismay of our Prime Minister!

12 thoughts on “Cappuccino: The Cat who rented my heart & paid me no rupees!”