The RSPCA rescued more than 30,000 cats last year and with thousands of cats across its centres and branches at any one time, the charity’s staff have to be creative when giving them names.

Black and white cat Penguin is at RSPCA Southall Cattery in London. He was brought into the centre on October 6 after he was found roaming around Lewisham. He had taken to hiding in gardens after his original owner had died. A neighbour noticed him limping and brought him inside to feed him and contact the RSPCA. 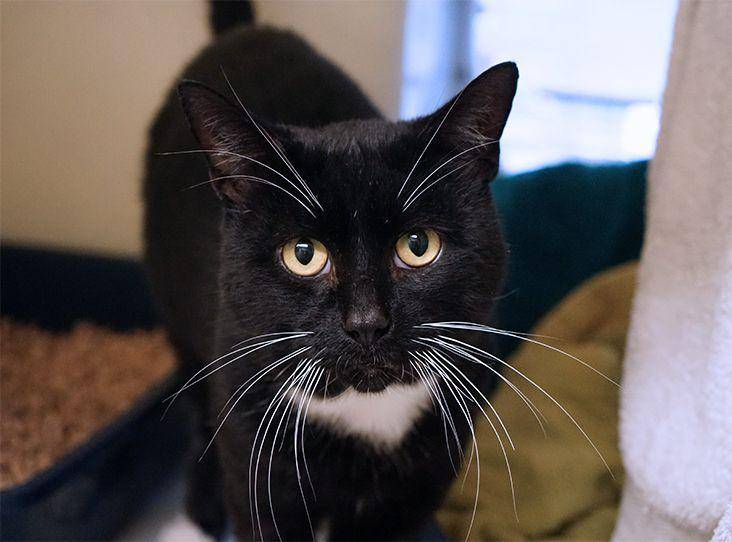 He first arrived at Putney Animal Hospital to treat his leg injury before arriving at the cattery.

Eight-year-old Penguin is a chatterbox with a big personality who loves being the centre of attention. Penguin is in desperate need of a home with a family who is experienced with cats with lots of character. He loves to brush himself against you and appreciates someone with patience who can approach him slow and steady so he does not become frightened. He will flourish best in a female-only household as he seems to be a little scared around men.

All Penguin really wants is a lap to curl up on and lots of love from someone who will accept him for what he is.

Wolfie may have a bold name but the ten-year-old white and tabby cat is actually a little shy. He came into the RSPCA Ashley Heath Animal Centre in Hampshire on October 5 from Bournemouth. 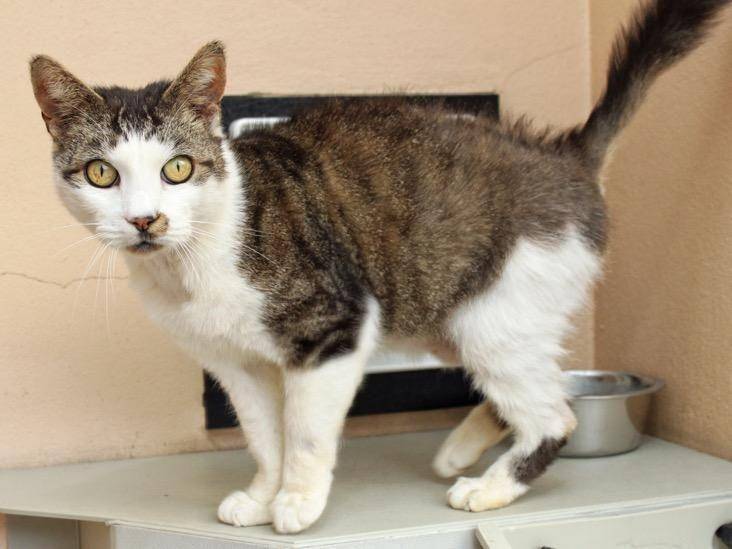 His owner had passed away and so Wolfie needed to find a new forever home. He can be a little shy at first but is gaining in confidence each day. He can be very affectionate once he gets to know you and enjoys sitting on your lap and purring.

He may be able to get used to another cat but despite his canine name wouldn’t suit living with dogs. He will also need to live with adults or older children. The staff think Wolfie may have a mild allergy to flea bites but this can be controlled with regular treatment. It does mean he has suffered from patches of alopecia but this has improved now. He also has a mild heart murmur which is actually very common in cats. The centre can supply more information and advice on this.

If you’d like Wolfie to join your pack please contact RSPCA Ashley Heath on ashleyheath@rspca.org.uk or call 0300 123 0749.

Two-year-old Monkey is also at RSPCA Ashley Heath Animal Centre. The black cat was living in unsuitable conditions in a house in Bournemouth and came into RSPCA care on August 8. 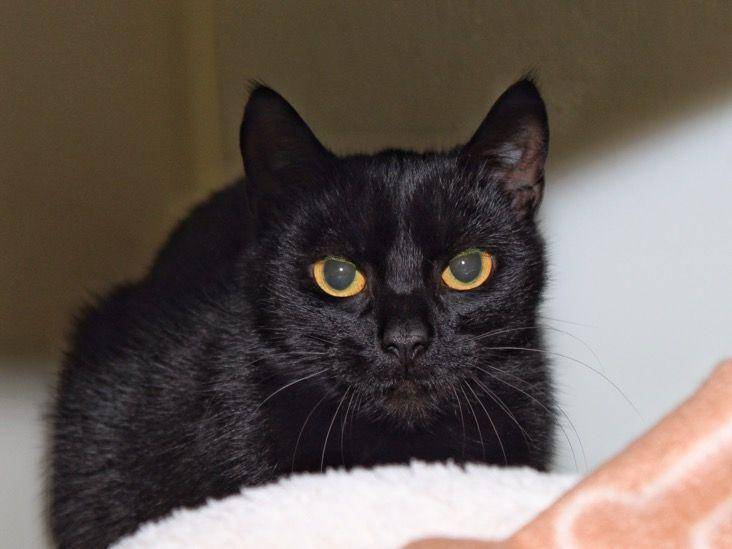 Monkey is quite a timid cat and will need time to settle into her new home. When she becomes more comfortable she comes out of her shell a lot and loves a fuss. Monkey has lived with other cats before but would prefer not to live with dogs. She’d also like to live with a family who has older children.

If you think you can give this cheeky Monkey a home contact RSPCA Ashley Heath Animal Centre on ashleyheath@rspca.org.uk or call 0300 123 0749.

One-year-old tortoiseshell Falcon is a calm and gentle cat. She arrived at the RSPCA Middlesex West branch in March after she was found as a stray in Kenton.

Since being in RSPCA care, staff discovered that Falcon is actually epileptic which means she requires daily medication to keep her seizures in check. However, since starting her medication four months ago, Falcon has not had any fits at all! Her medication can easily be mixed with her wet food and any future treatment will be covered by the branch. 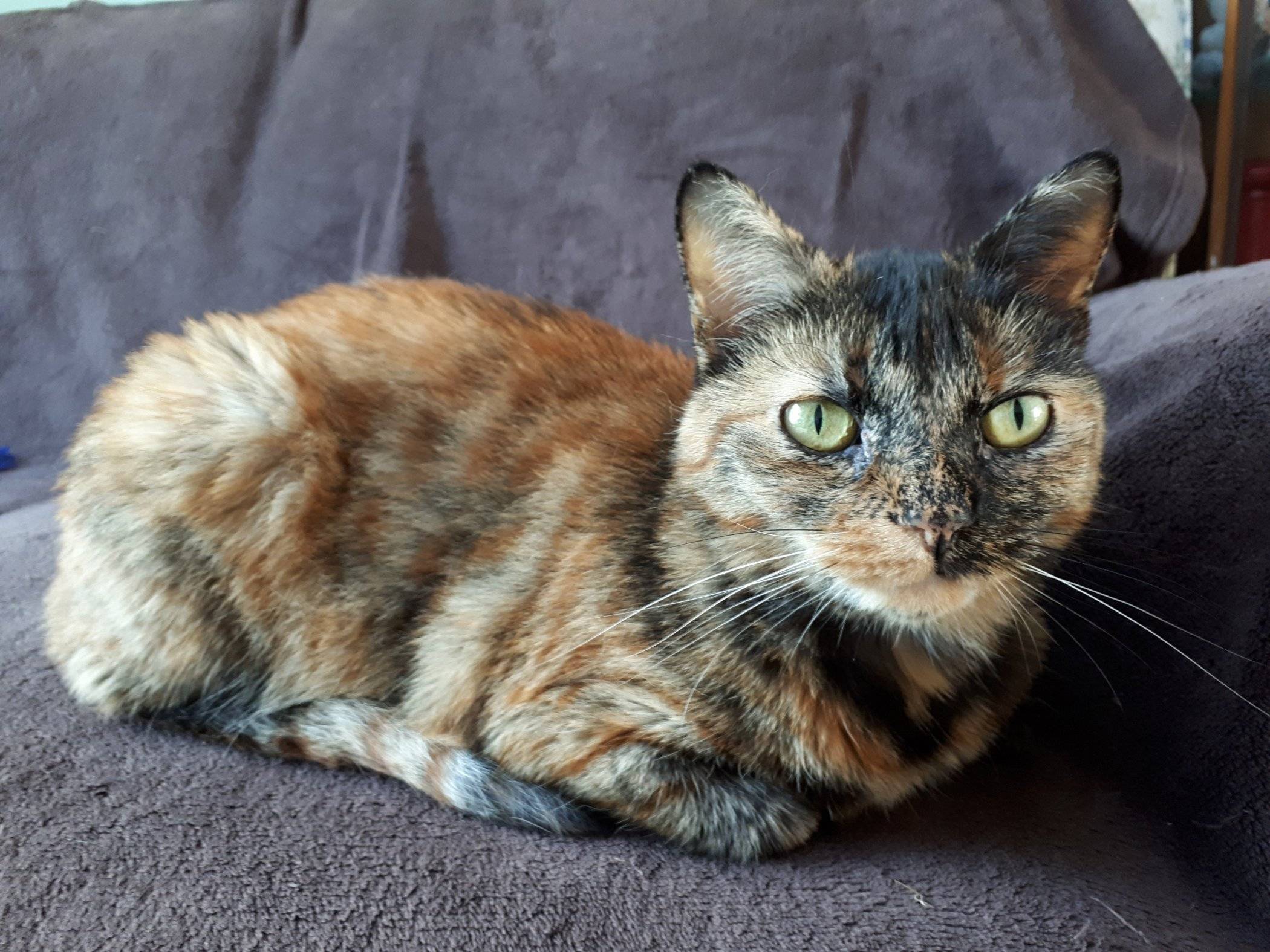 Little seems to faze this beautiful cat and she copes extremely well with the hustle and bustle of normal family life at her fosterers’ home. She’d prefer to be the only cat in a home and will need to be able to go outside and explore as she loves chilling out in the garden. 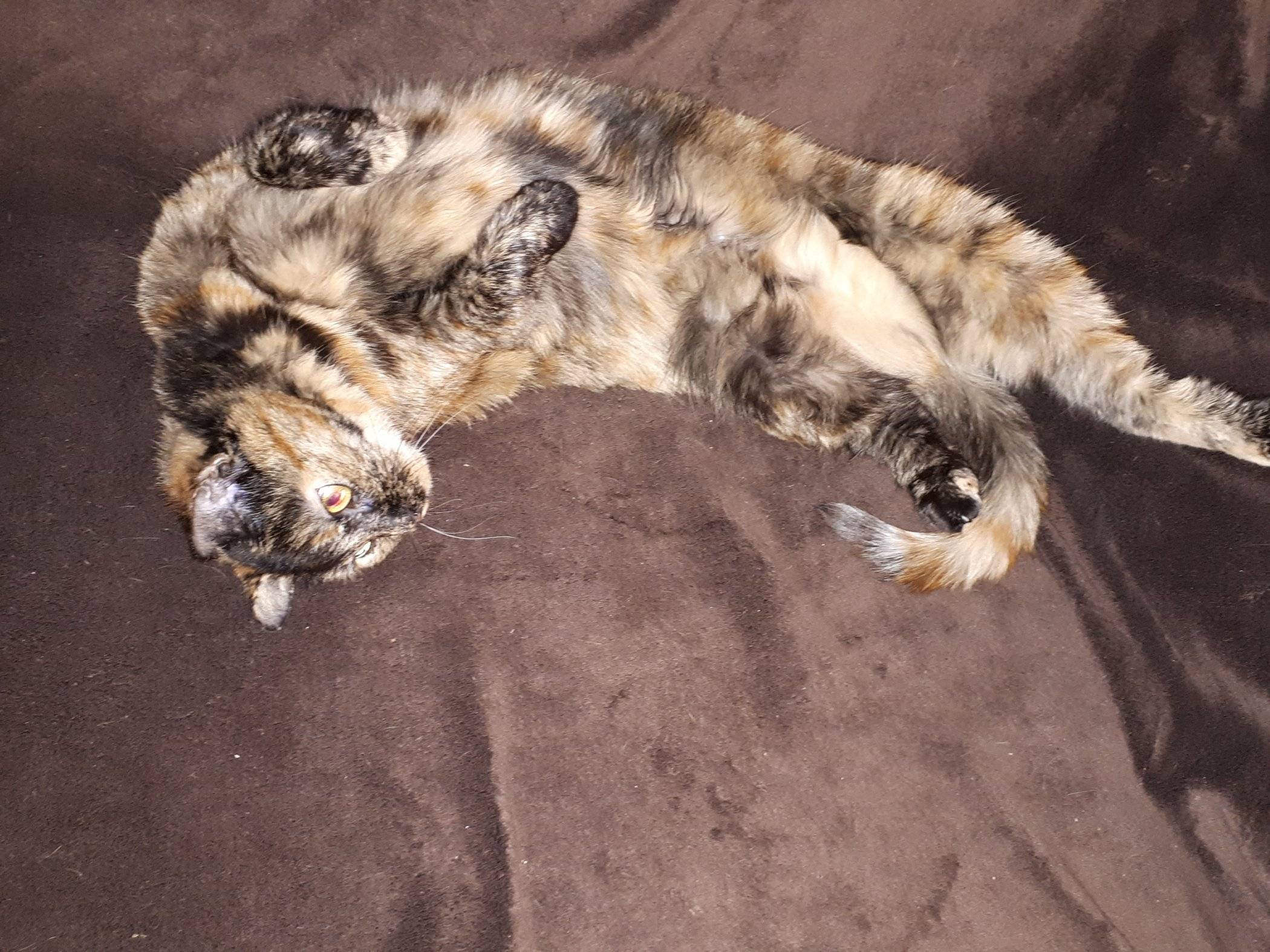 If you can take Falcon under your wing contact the RSPCA Middlesex West branch on info@rspcamiddlesex.org.uk or call 020 896 69688.

7 thoughts on “The purr-illiant name game!”