Sebastian came into our lives one brutally cold, and snowy winter. The year was 2013; and I was sitting on Facebook wasting time, when I noticed a picture of this adorable little kitten. A friend of mine had shared a post of this little black kitten, which had been posted on a local buy and sell group. 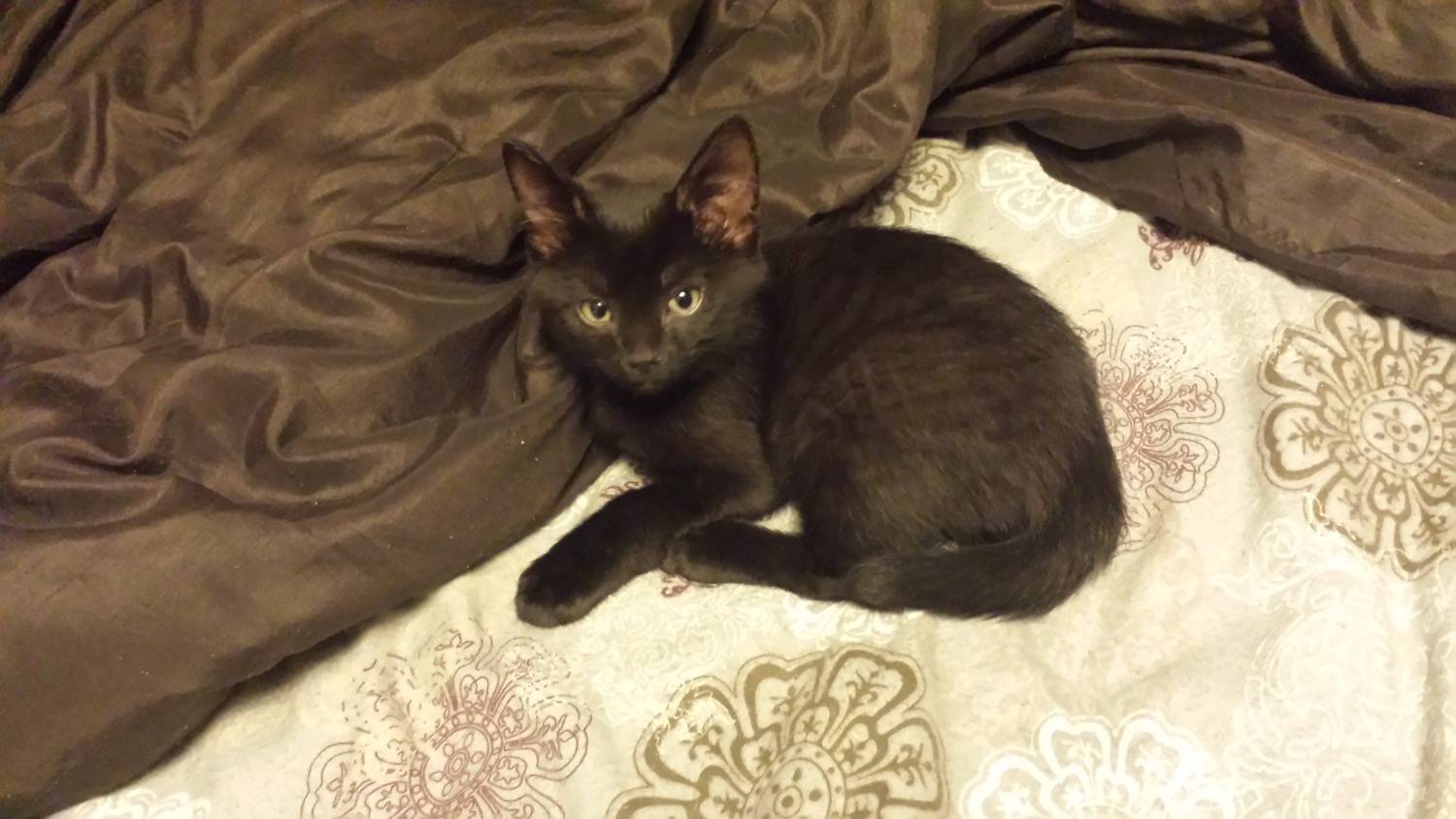 At this time, I had no idea that buy and sells existed on Facebook. So I had to rely on her to relay my information to the people who had advertised the kitten. Arrangements were made, but a blizzard hit the night before. Which left us scrambling to find a way to get the kitten. 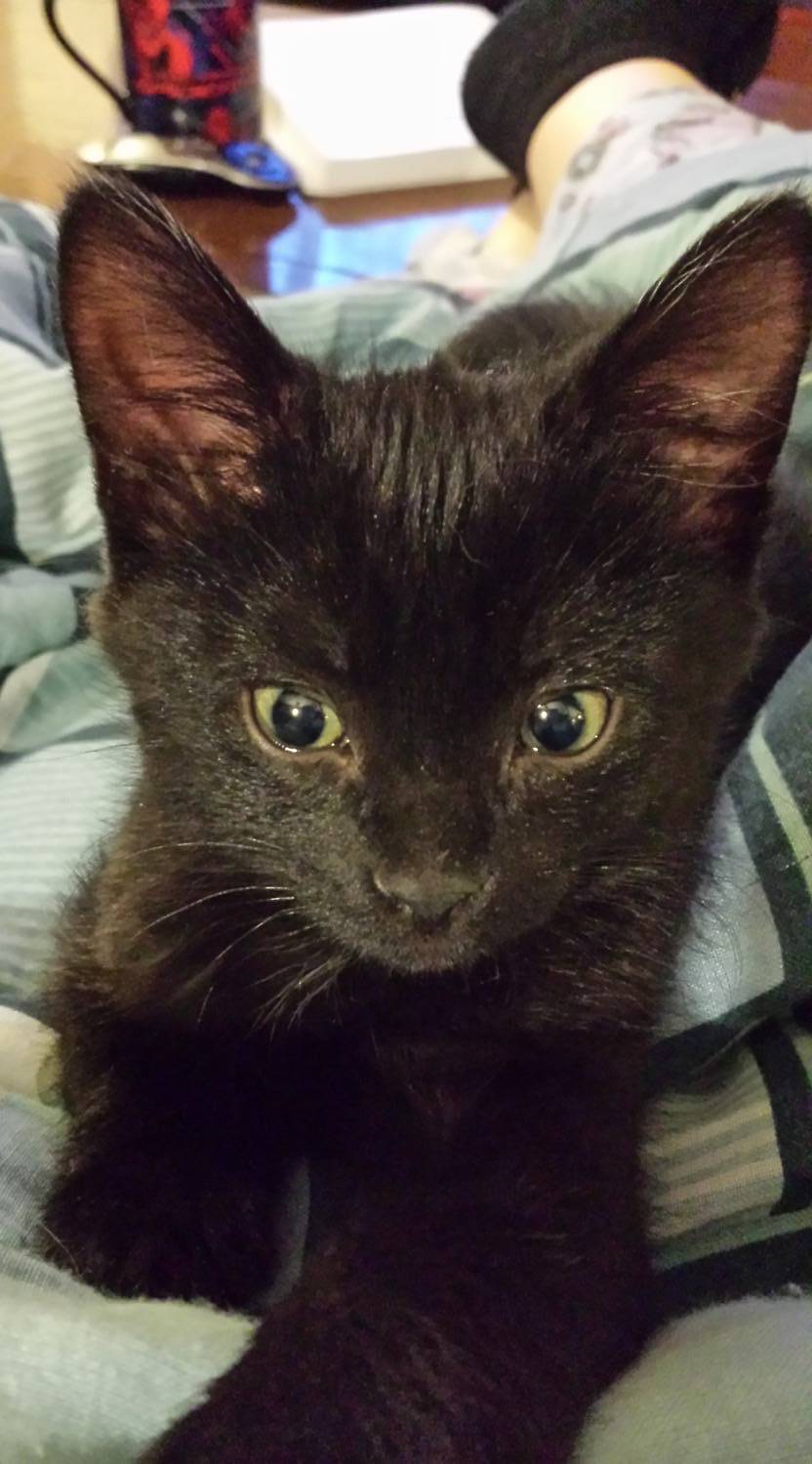 Luckily the couple offered to bring the kitten to us. So my fiancé met them at the gas station in town to pick the little guy up. Once my fiancé got home he set the carrier down, opened the door, and out popped this little black broken tailed fluff ball. That started squeaking up a storm after, basically rolling out of the cat carrier. I dubbed him Sebastian Michaelis Hatter; after one of my favourite anime characters at the time. 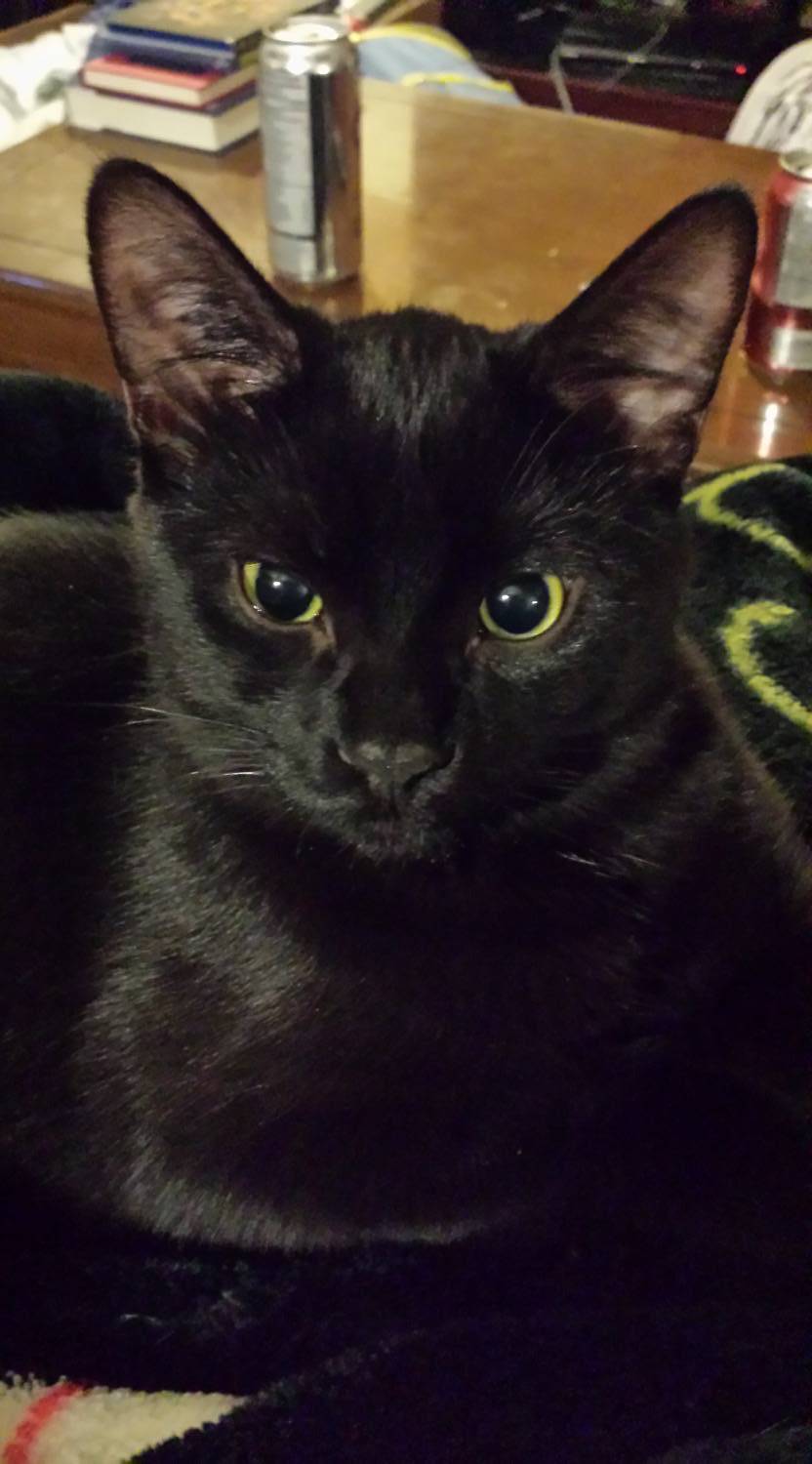 When we had made the arrangements to adopt him there had been no mention of any physical issues or deformities. So it was kind of a shock when we first saw his tail, which was dislocated at the base of the spine, the tip of the tail had previously been broken and healed had that way.  My main concern at the time, was for his wellbeing and comfort. He quickly proved that I was worrying too much and making mountains out of mole hills.

As soon as I picked him up he became my light in the darkness and I became his chosen one. Since then he has filled our lives with joy, laughter, happiness, and love. It was for some of those reasons that I decided to create a Youtube channel for all of our cats, and to create social media accounts for Sebastian. I hope that everyone continues to find Sebastian just as spell binding as I do.