All right, before I tell  you about the JW Cataction Rattle Ball, I want to share something personal with you.

First of all, I love pink! It’s such a cool colour. My litter tray is pink, I have some pink toys and my scratching posts are pink too. Apologies, the sofas I meant…

But that’s not all I wanted to share with you. Not many people know this, but I was actually named after a famous football player, or at least he’s famous in The Netherlands and in Liverpool 😉

So now that you know a bit more about me I can tell  you about my new Rattle Ball and it will come as no surprise that I love it. I mean, it’s purple & pink and it looks like a mini football! Totally my kind of thing. 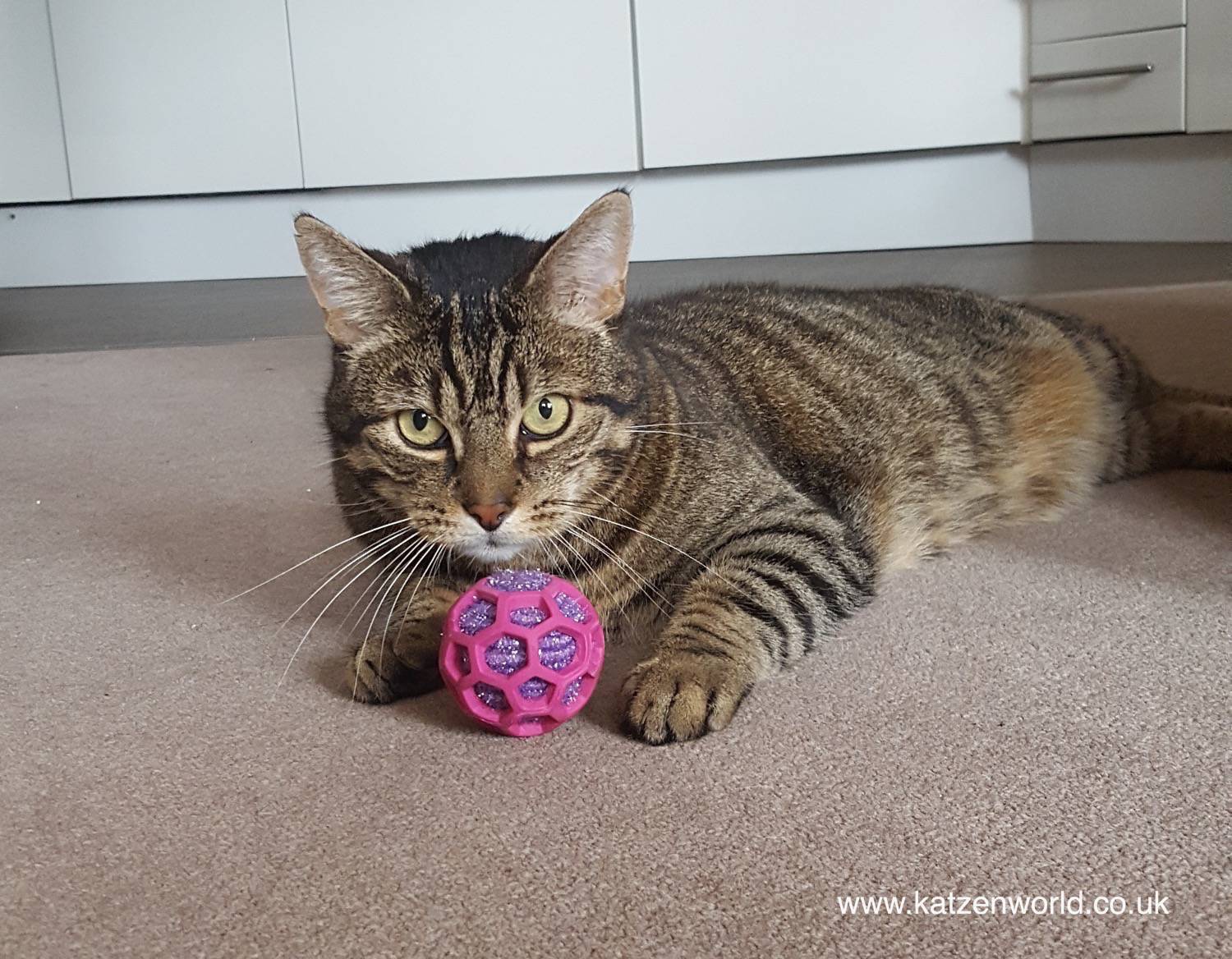 Of course you can play with it on your own or with a cat friend. I like bouncing it against the walls and generally running around with it. On lazy days I just lie around and pounce the ball back and forth a bit. 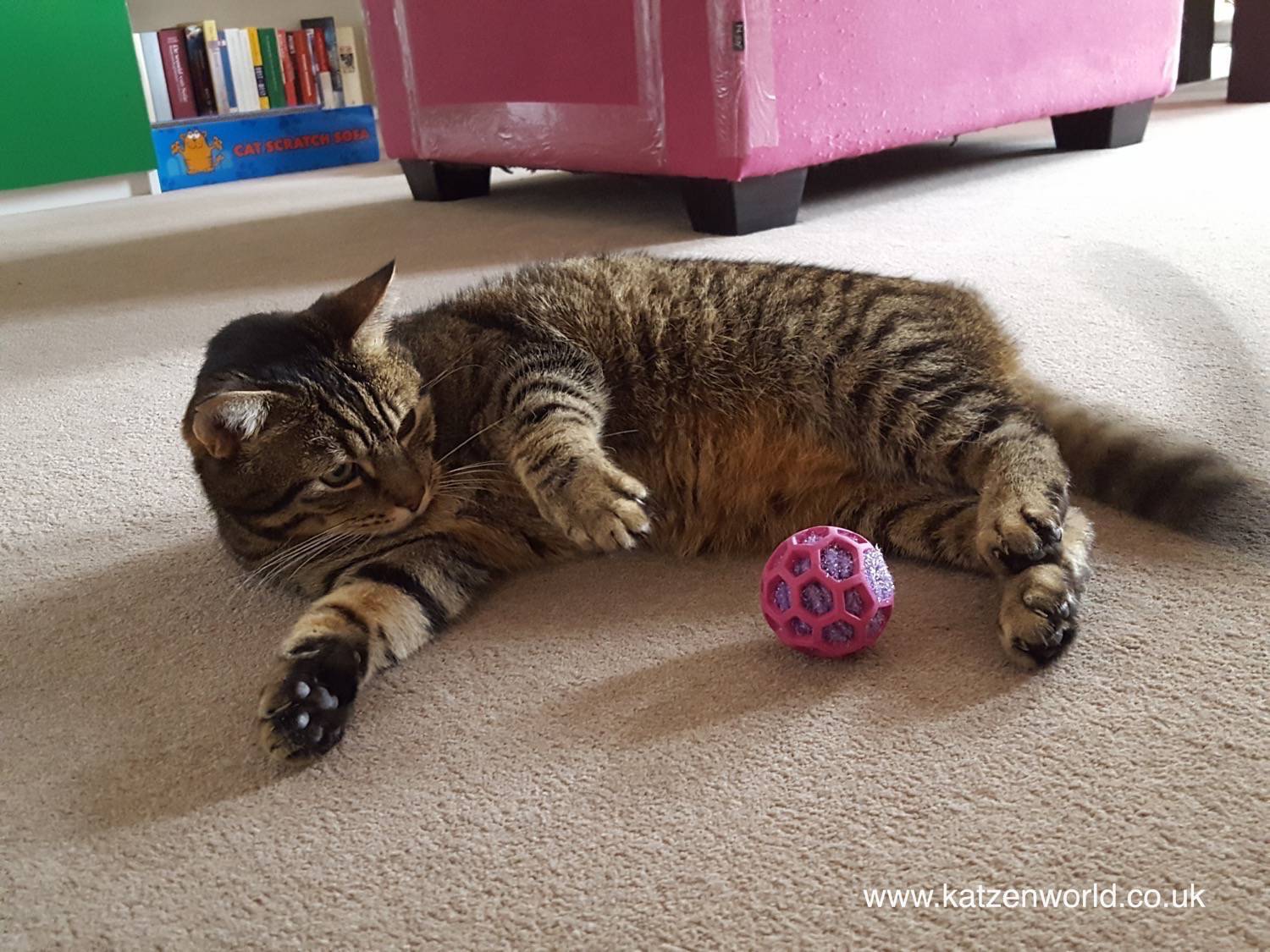 Here’s the best thing about this ball, so fellow cats, pay attention! You should totally share this toy with your humans. They seem to enjoy kicking and throwing it as much as I like catching it. My mom and dad often kick or throw the ball to each other until I catch it and chase it around the house 🙂 It’s such fun to watch your humans running around for a change. Makes my day every time! 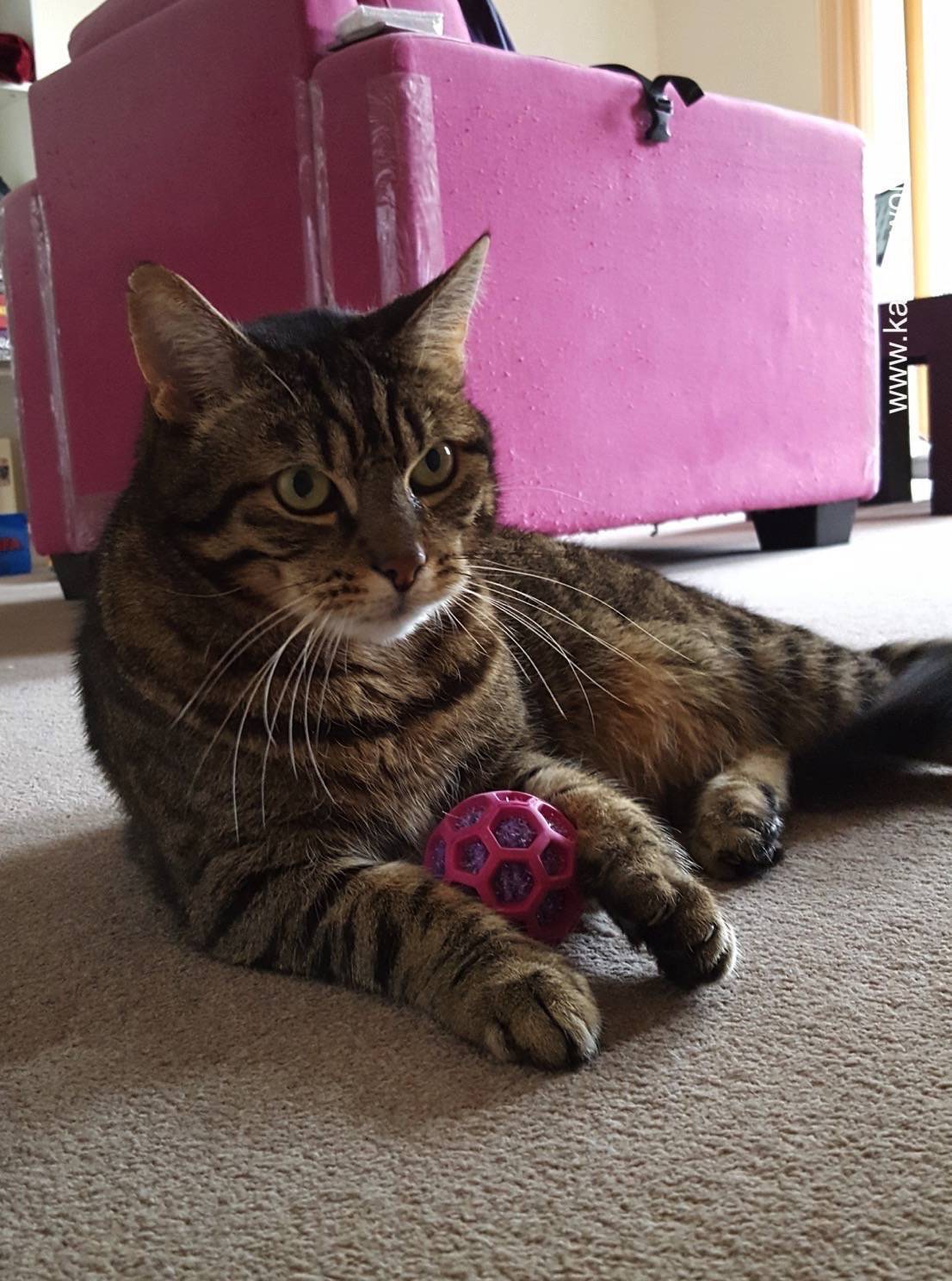 Luckily, Dirk doesn’t know how to use a camera 😉 It’s true though that he enjoys this toy most in combination with human interaction. The 3 of us have a lot of fun with it.

I do also catch him ‘accidentally’ stepping over the toy and then chasing it because “OMG that just moved?!?” He’ll then play with it on his own and gets quite enthusiastic! 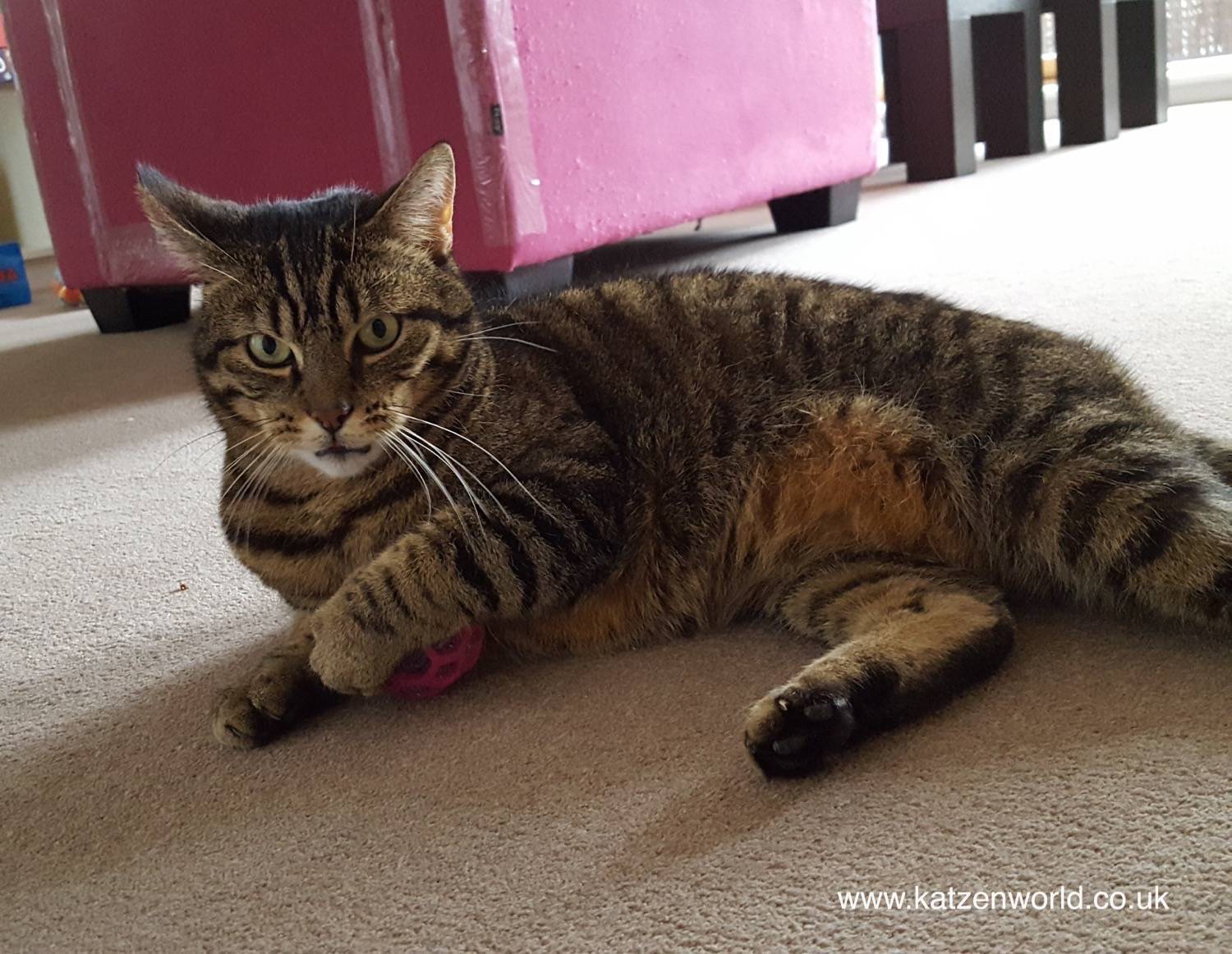