I posted this picture over on my own blog in the middle of last week. You may remember the Princess Pod from previous posts in which I’ve mentioned it. If you don’t remember, it’s a white, fluffy, pyramid-shaped pod which my husband’s parents gave us and which Lola quickly claimed as her own.

In the nine or so months that we’ve had the pod, Lola has used it as her primary sleeping place. The boys have sniffed it a few times, and then decided to give it a wide berth. Sampson has even hissed at it, sometimes when Lola is in there, other times not.

A couple of weeks ago, and quite to our amazement, Elvis decided that he wanted in on this business. Whilst Lola was up and doing something other than sleeping, Elvis took advantage of her absence to pop in side and have his own Princess Pod nap. 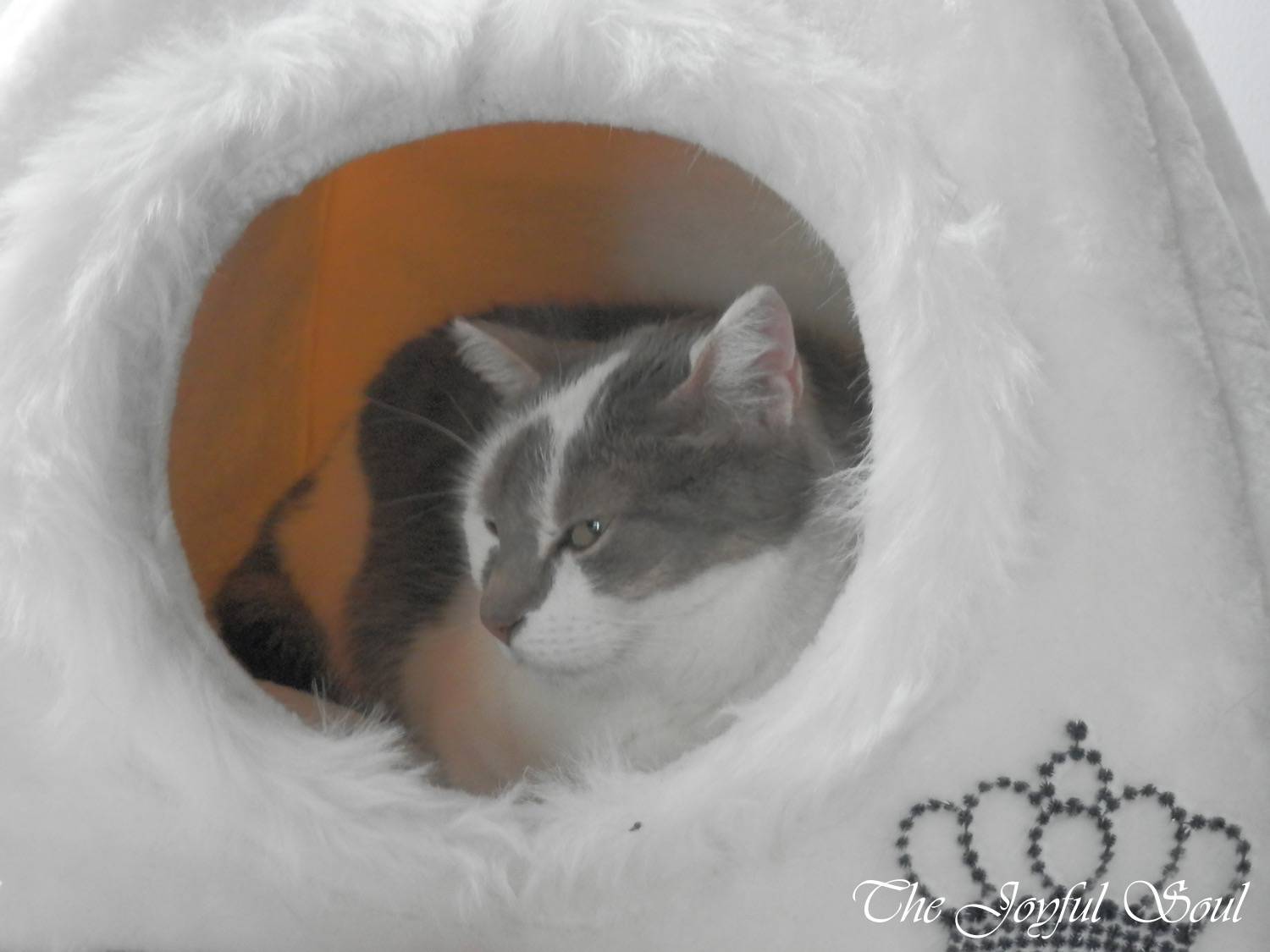 Since then he’s been in there several times. And every single time it takes us by surprise! Once or twice he’s jumped up (it’s on a table) ready to go in only to realise the pod is already occupied. On some of those occasions he seems to almost debate whether it is worth trying to get inside with Lola, but he’s yet to pluck up the courage to do so. I’m curious to see what would happen if he does!