I say two weeks because that’s how long I was given to pack up my comfortable life in North Carolina and fly to Kathmandu, Nepal.

What would you do? If you thought you were going to live away from home for two+ years, would you take your furbaby with you?

I thought so.  After all, Yoda is our pride and joy; and quite frankly, I couldn’t imagine living or traveling without him.  Cats have always been an integral part of my life, especially growing up.  But enough about me, the real superstar of this show is Yoda.

It’s because of Yoda that Paul and I even started our own cat blog, Fluffy Kitty.  Yoda’s a kitty and he’s fluffy (you should see the curls under his tummy) so put two and two together and there you go – a snazzy name for an obvious genre of blog.

So, this is the story of our Yoda. 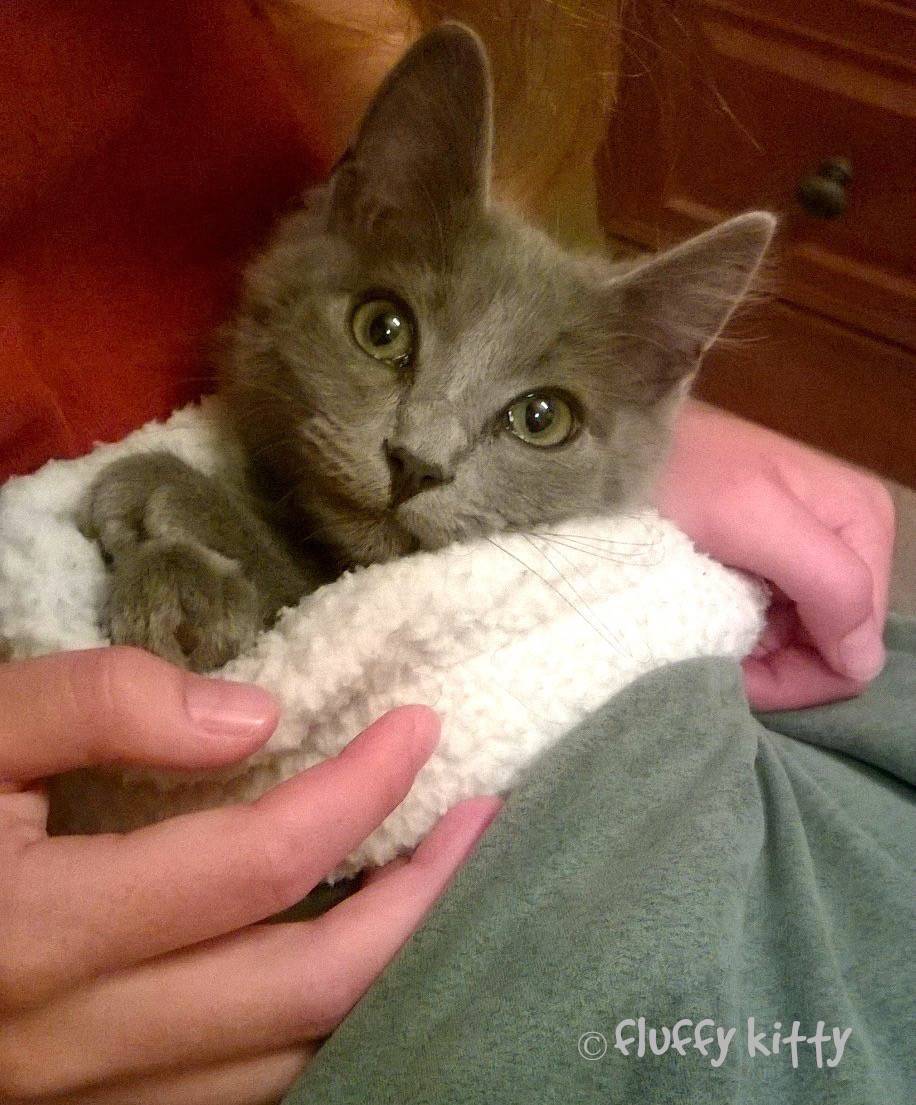 We first laid eyes on our handsome boy in July 2014, just after returning home from a year in France.  He was officially ours just a few days later.  Adopted at 10 weeks, Yoda quickly became exposed to the hustle and bustle that is our lifestyle.  Car rides, public parks, other pets, walking on a leash, Yoda was a kitten who grew up learning to adapt to mostly everything.  This was put to the test one year later.

It’s July 2015. I’ve got a whole notebook of “things to do” before leaving to Kathmandu, and getting Yoda all squared to go made up the majority of that list.  Vet appointments, international health certificates, signatures, FedEx, airline regulations, oh I mean it felt like a two-week long adventurous nightmare.

Yoda and I’s first flight was national, meaning that he could fly in-cabin with me.  Yoda’s cage was an inch too tall to fit under the seat.  “Oh no..,” I thought.  “Ma’am, if you can’t fit that cage under that seat we’re going to have to ask you to reschedule your flight.” “Don’t worry, I’ll make it fit,” I said with a smile.

And sure enough I did. Yoda didn’t make a peep the entire way.  By the way, if you’ve ever wondered what it feels like to be a celebrity, simply walk through an airport with a pet carrier displaying stickers reading “LIVE ANIMALS” written in bright green letters. 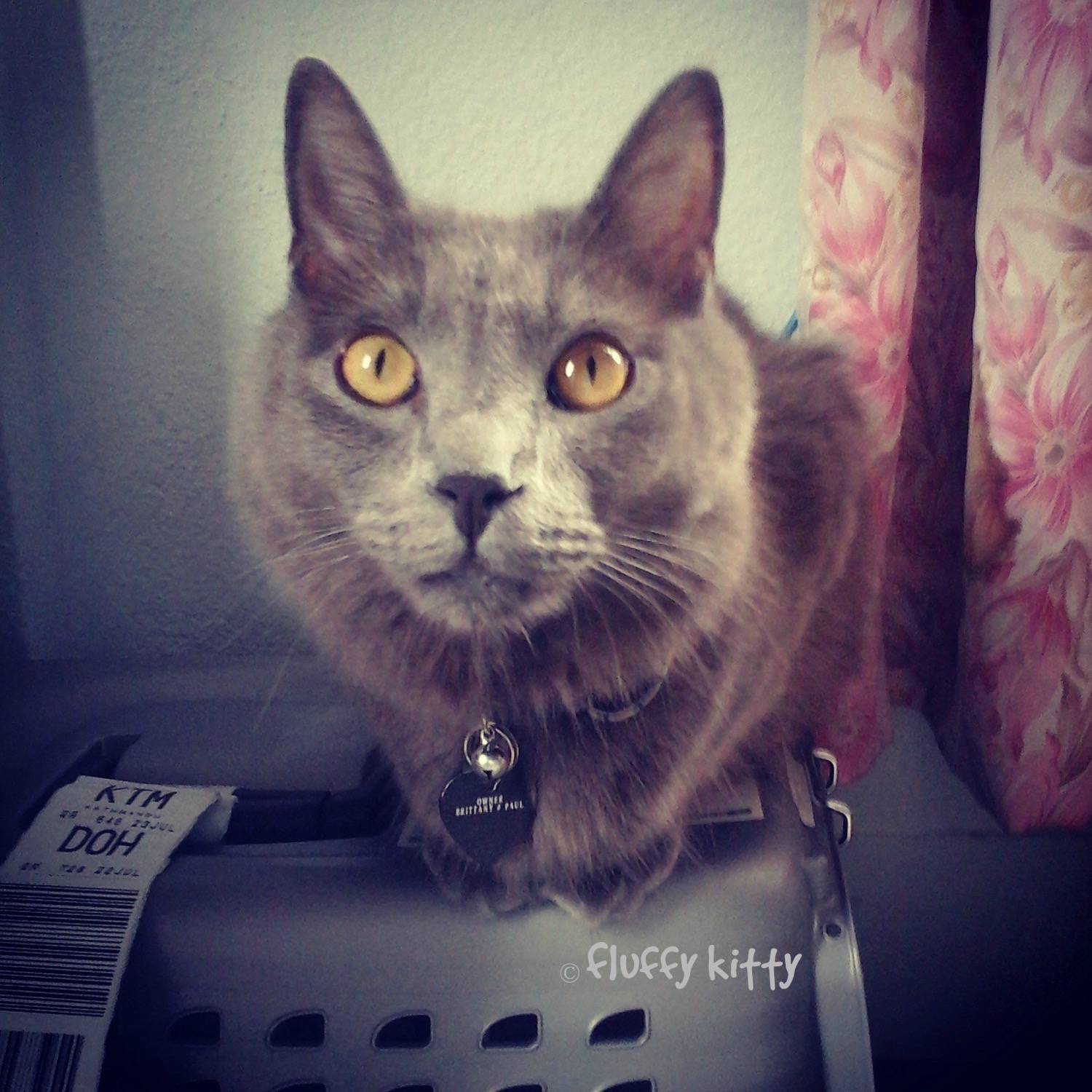 We spent all night in the Philadelphia airport. Forget sleep.  I was so worried about Yoda that I’d go in the biggest stall of the bathroom every 30 minutes to let him out.  I took a bunch of toilet paper and poured some cat litter I had in a small Ziploc bag in the middle to try and make him go potty.  Little did I know at the time that Yoda wouldn’t go pee until 3 whole days later (due to lack of finding a litter box in pet shops in Kathmandu, I ended up making one from a cardboard box).  Can you imagine the relief? Wow.

After thirty-six brutal hours of traveling, Yoda and I finally landed in Kathmandu, Nepal.  When we were reunited again he let me know he was alright by licking my finger when I poked it through the front door to his carrier.

One insane drive through Kathmandu later, we found ourselves in our new empty room.  I wish I could know what he was thinking at that time, but I imagine it was similar to what I was thinking, “What the hell just happened?”  Two weeks of crazy life happened, Yoda.  Something he knows a little too well now I think, after living here for nearly eight months.

Together we’ve done many exciting and scary things since being here! For example, running out of the house because of a terrifying earthquake tremor; riding three on the bicycle on the busiest road in Kathmandu; moving out of that old room to a new one (just recently); experiencing the Nepali vet care; catching fleas (only Yoda ^^) and struggling for months to get rid of them; discovering what it means to take a bucket bath (Yoda included!); getting sick from eating bad food (expired cat food for Yoda, food poisoning for us); and the list doesn’t end there. 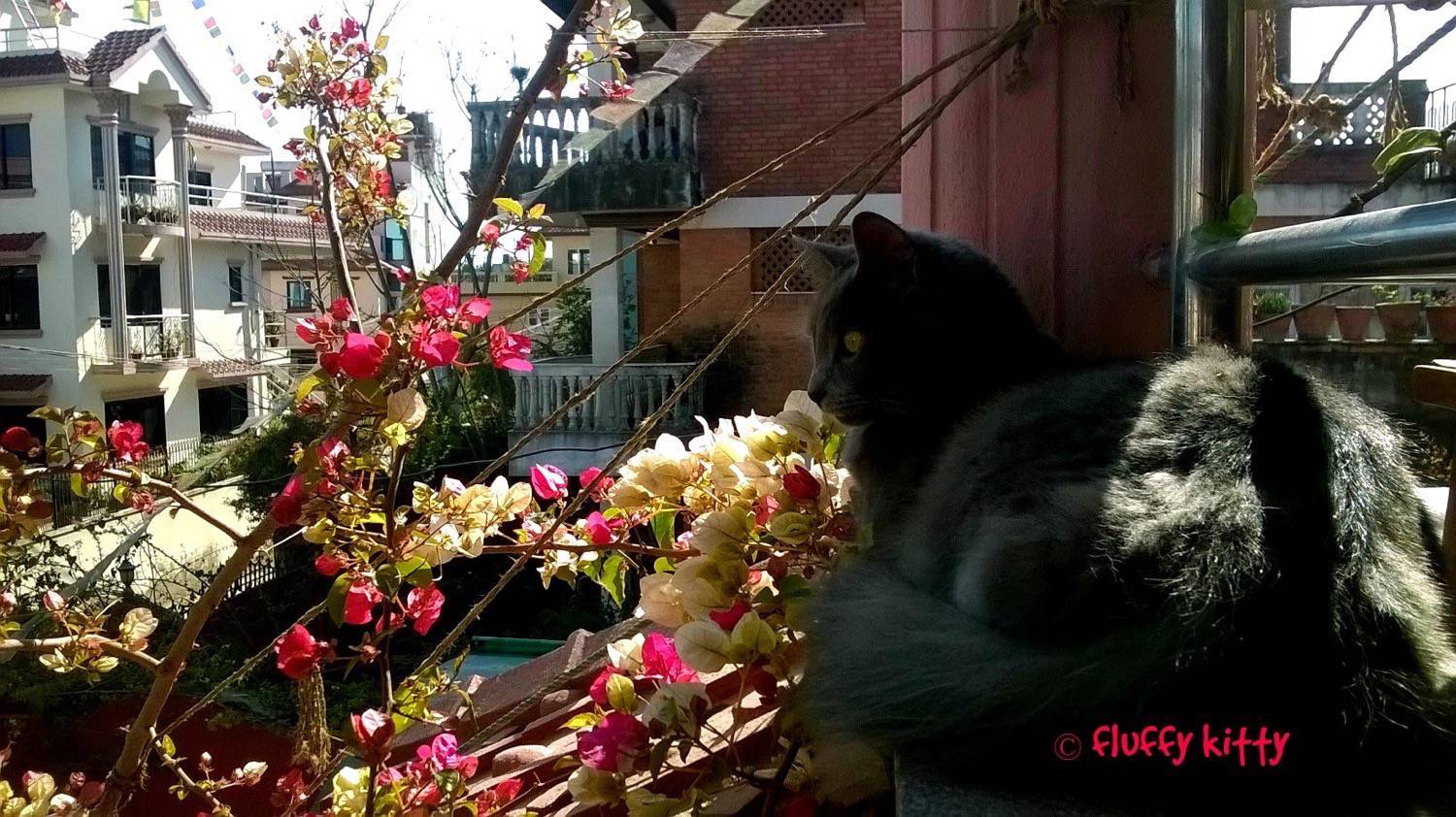 41 thoughts on “Yoda’s Across the World Adventure to CATmandu, Nepal”