Sometimes, Sampson thinks his middle name is Trouble. He misbehaves. He steals food. He becomes a bit of a bully, and plays too roughly with the other cats, when they’d rather not play at all.

Some of it seems to be because he gets hangry, that is hungry-angry. He definitely seems to get cranky when food is around. He has an obsession with food that I’ve talked about before, and it certainly puts him in a bad mood if he’s not getting as much as he thinks he should. (And he thinks he should get All The Food.) 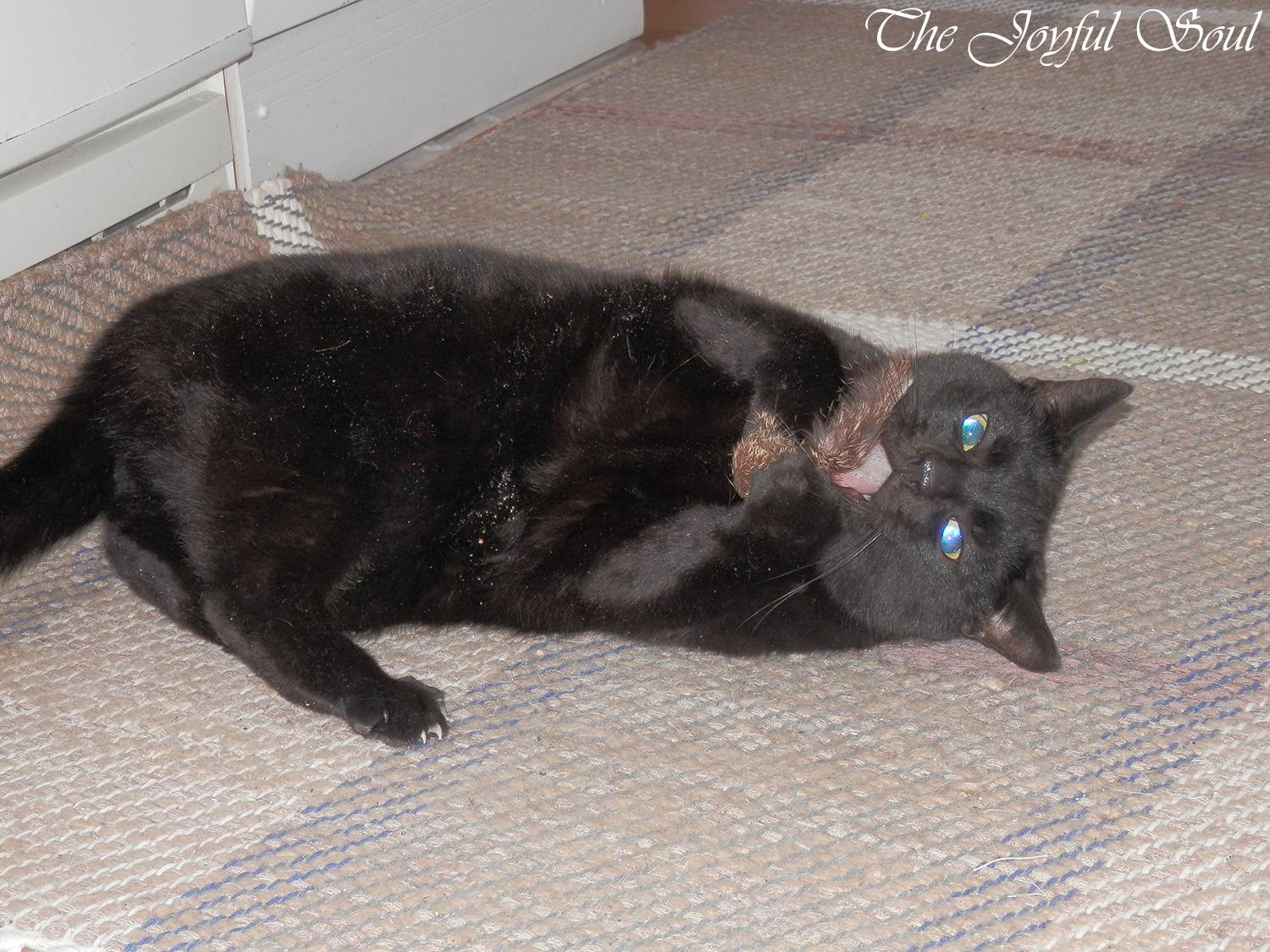 I had a bit of an epiphany recently realising that perhaps he also gets bored-angry. (Bangry? Bongry?) When he lived back in England he had three feline friends (and one canine!), got along with all of them pretty well, and as such had no shortage of playmates.

His friends here in Finland don’t get along with him so well.

It’s not his fault. Mostly. Lola is very aloof with other cats, and prefers to limit her interaction with them. She’s a bit of a princess looking down on the boys. Elvis on the other hand is perhaps feeling his age? I don’t know. Honestly I’ve not worked out why he and Sampson don’t get along. I’d expected them too, because Elvis is fairly similar in personality to one of Sampson’s friends back in England.

In any case, the other cats are clearly not stimulating Sampson’s playfulness enough, and we humans aren’t always available to entertain him. I did come up with an idea for a solution though…

My idea was to leave a little container of toys out so that Sampson can help himself to toys when he’s feeling bored. As soon as I put the bowl of toys down Sampson approached and sniffed through it. His first choice was a knobbly, bouncy, rubber ball which he spent a lot of time licking. I had to confiscate it after a while though because he was trying to eat the knobs!

He then found a fluffy little mouse. He had a lot of fun with that, bashing it around, chasing it, throwing it in the air. And of course chewing it.

The toy bowl does seem to have improved his mood somewhat, and it’s a good way to redirect his attention if he’s taking his frustrations out on the other cats. (Usually on poor Elvis.) It’s not a perfect solution, and bickering does still occur from time to time, but it’s a start.

Do your cats get hungry-angry or bored-angry? How do you keep your cats entertained?