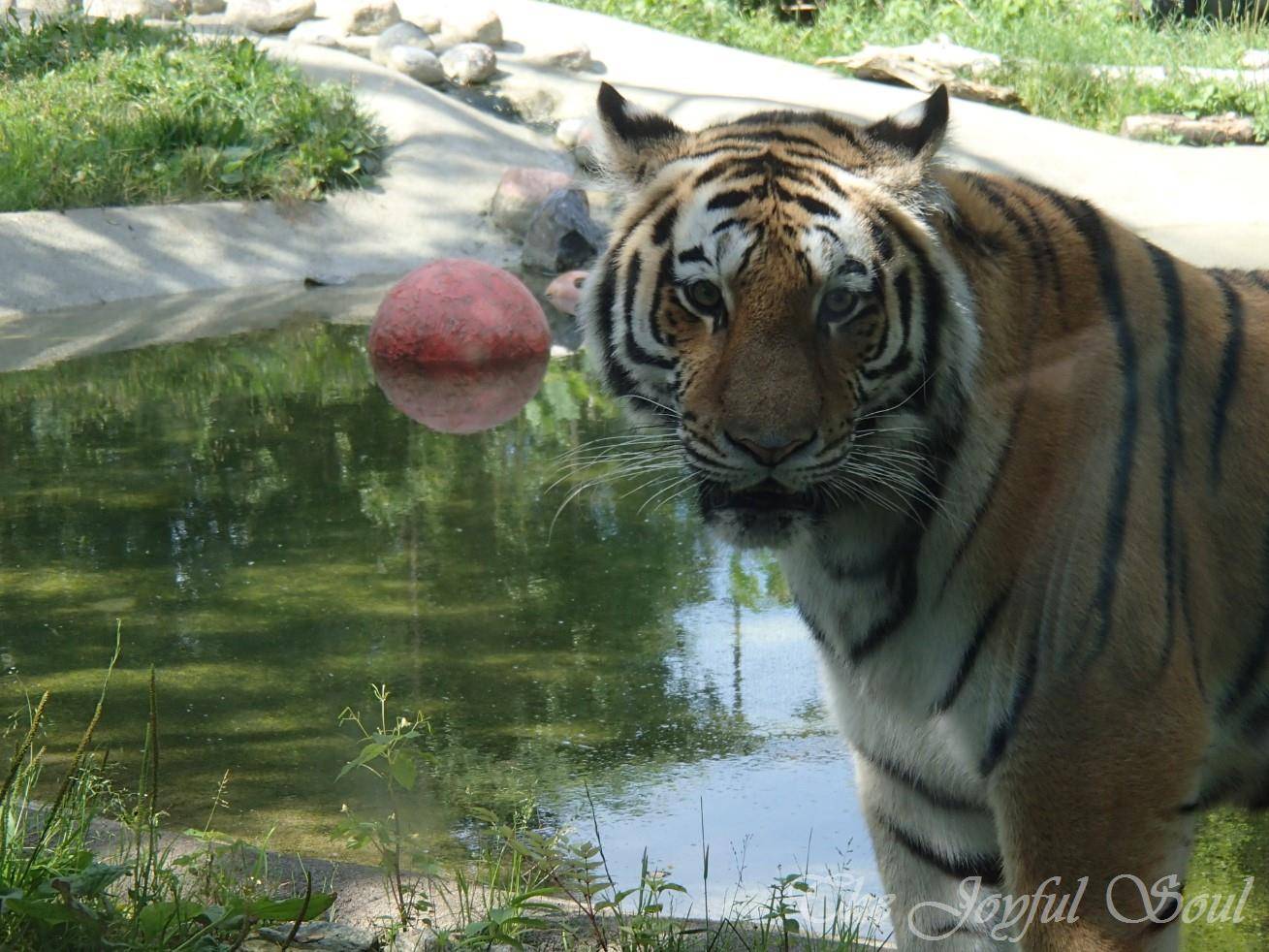 Early this week was Tiger Day and I was lucky enough to spend it at the Korkeasaari zoo here in Finland where I saw many big and not-so-big cats. 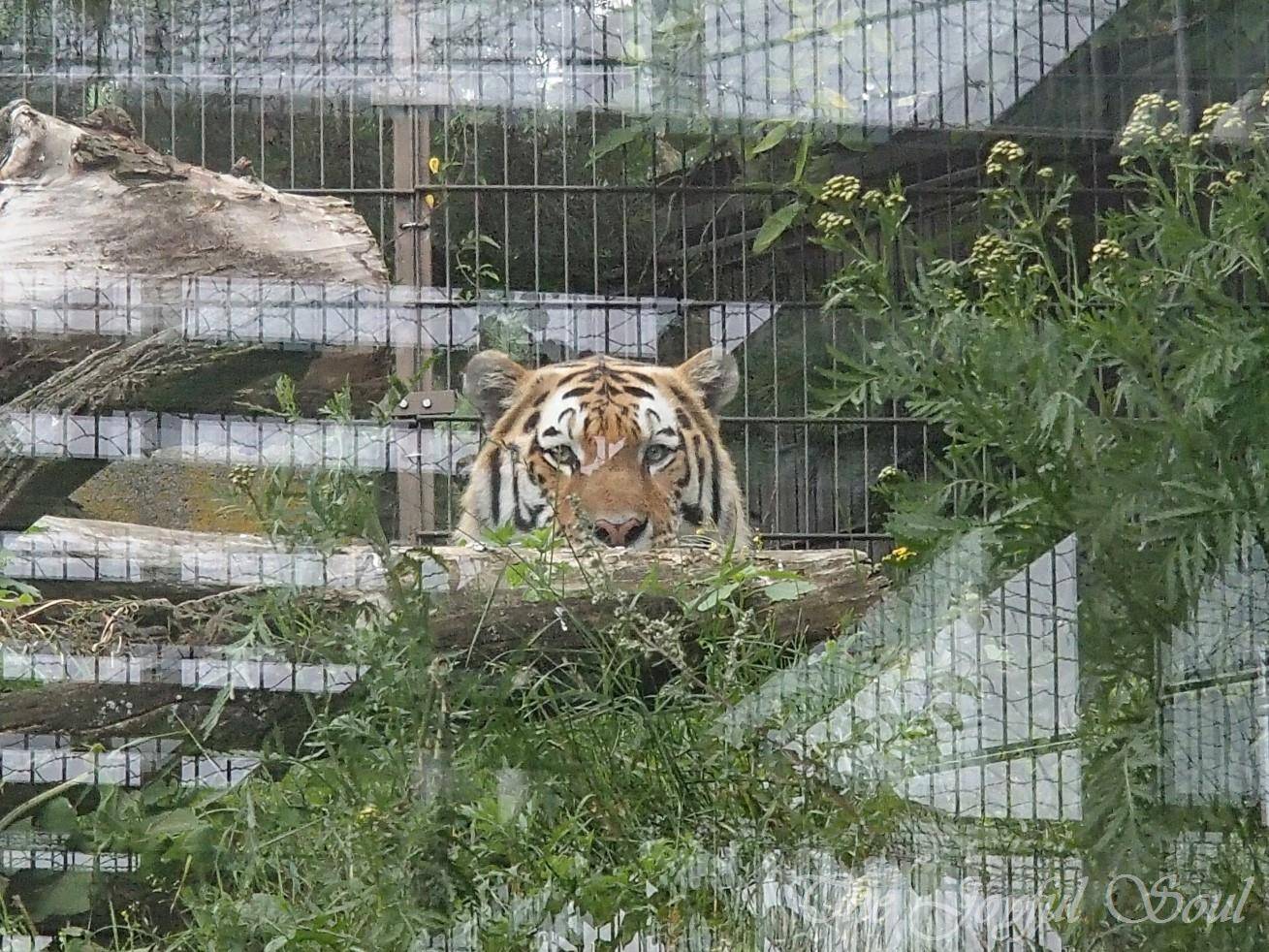 The star of the day was, of course, the tiger. The big male was very accommodating. He sunbathed, splashed in the water, played with his toys and allowed the excited crowd of families and holidaymakers to watch as he enjoyed his meal. His female counterpart was happier to stay hidden away in the cool shade of her own enclosure. 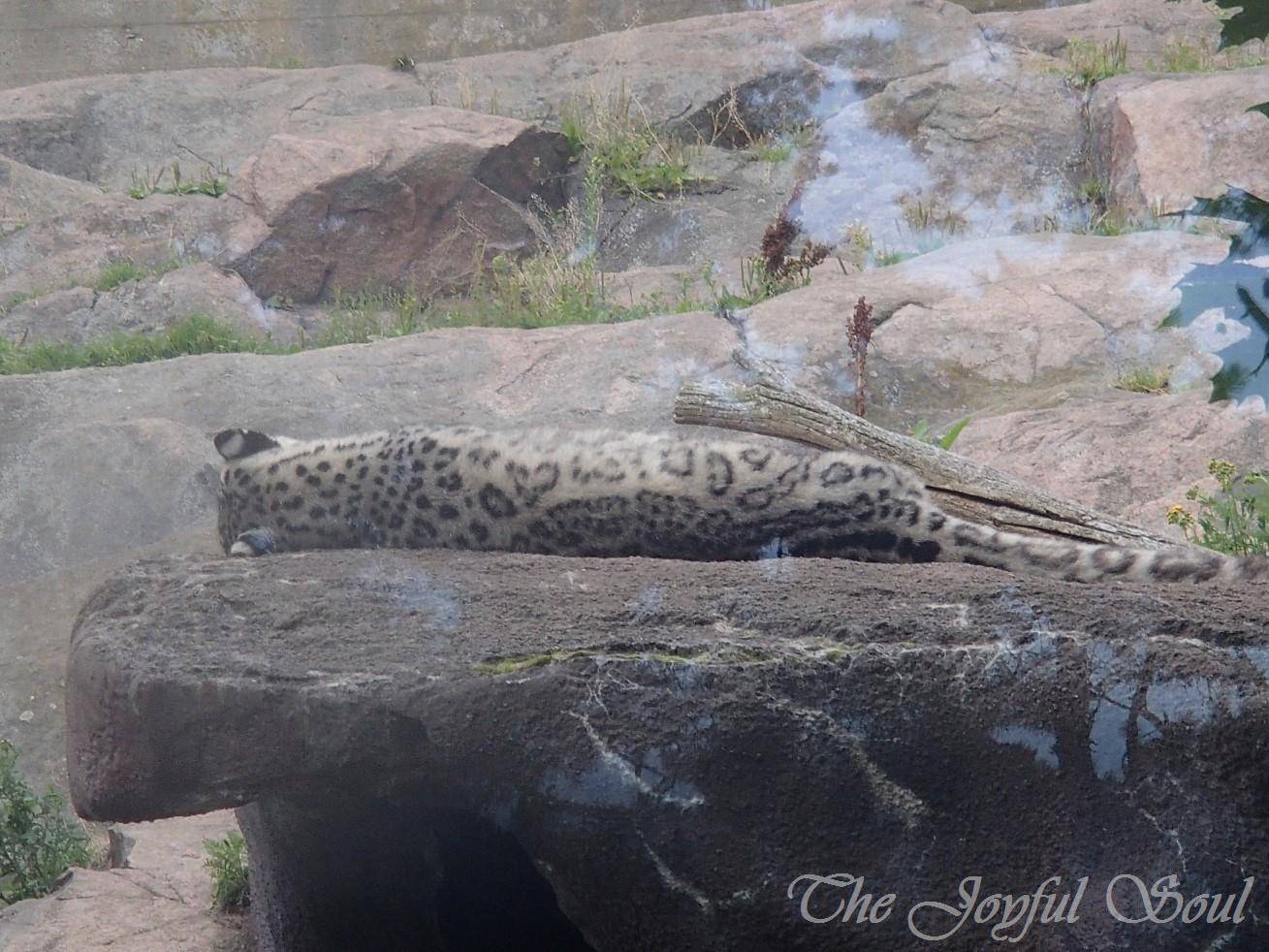 The snow leopards seemed to have the same idea as the female tiger. The four spotted cats, youngsters born last year, were draped across and under a large rock and seemed to spend the whole day enjoying a cat nap.

In fact many of the other cats at the zoo seemed to be dozing. It was a warm day, and with so many eager people wanting to glimpse them, who can blame these beautiful cats for taking a nap out of sight where it is cool and quiet. 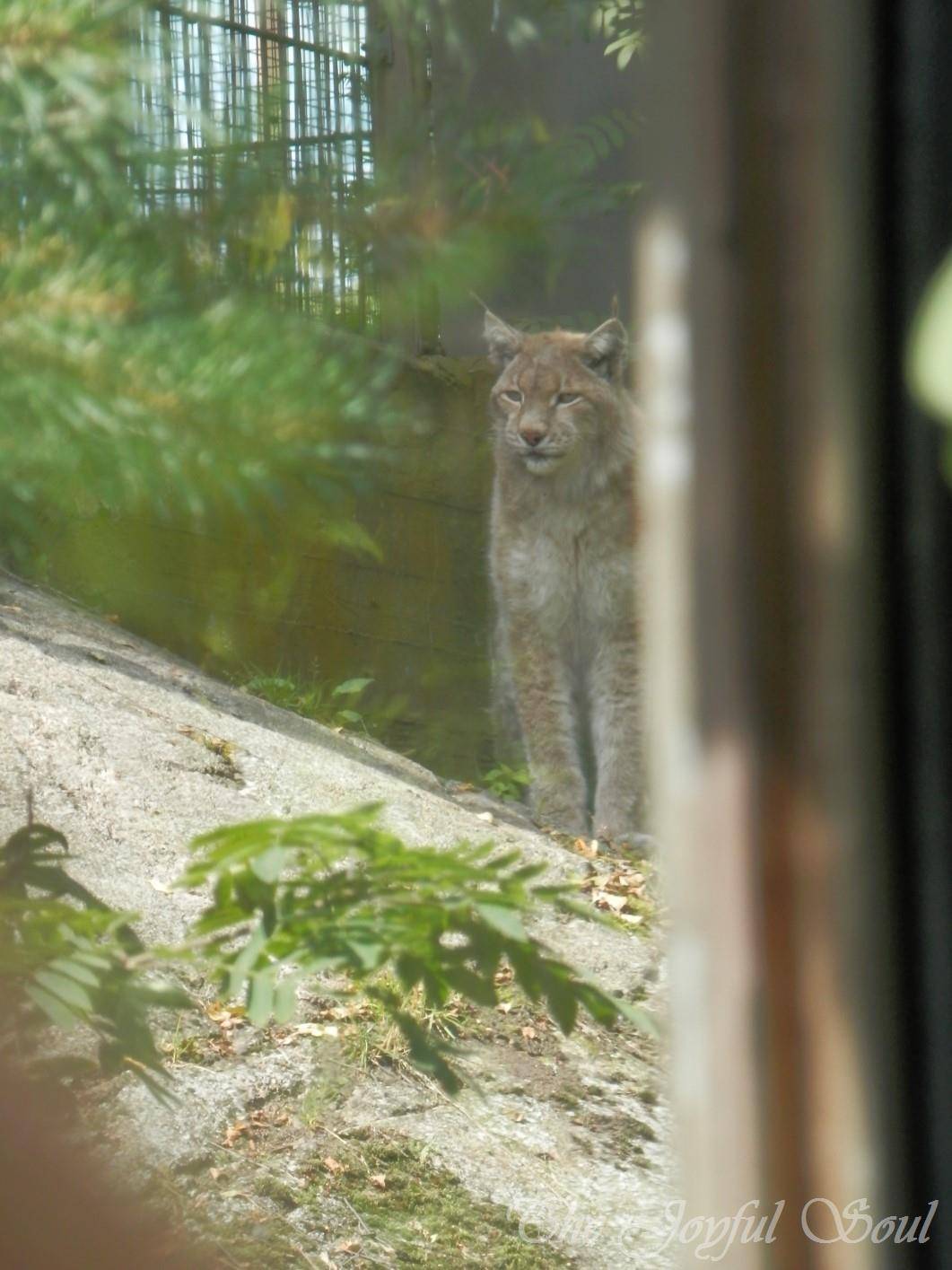 We did get glimpses of some of the other cats though. The Lynx stood proudly at the back of its enclosure, watching the people who passed by with disdain. It didn’t seem very interested in having it’s photograph taken!

One of the wild cats took advantage of the bright day to nap in the sun, reminding us very much of our house cats here at home.

We did manage to see the Pallas’s cat. It too was curled up sleeping, but rather than being in the sun it was on a ledge half way up the back of the enclosure where it was almost camouflaged. 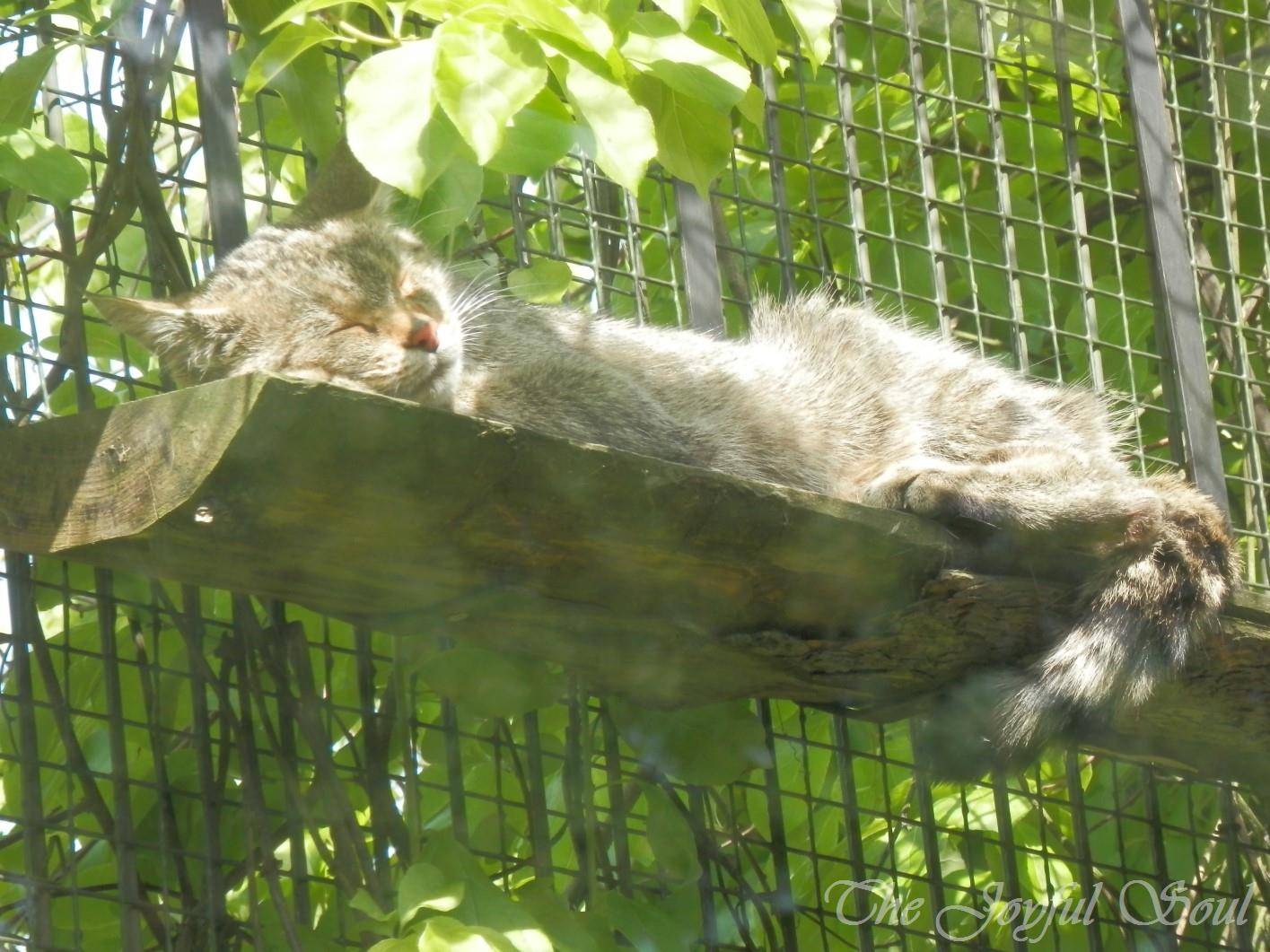 At the end of the day we managed to see a male Asian lion, but unfortunately my camera’s battery had died by that point. That’ll teach me to take so many pictures!

All in all we had a lovely day and really enjoyed seeing all the cats, as well as the other animals of the zoo.

Which is your favourite big (or not so big) cat? 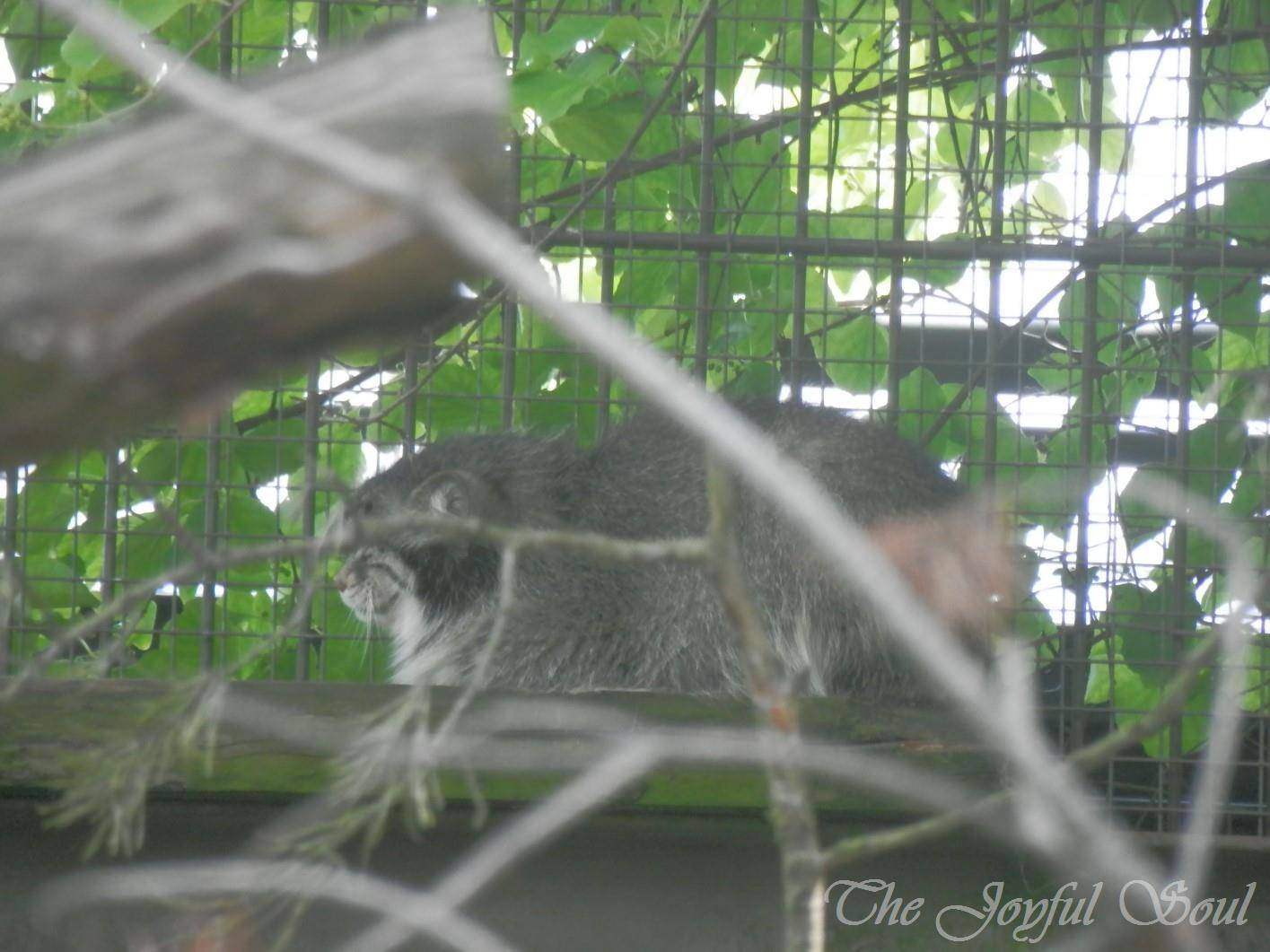 32 thoughts on “Cats of All Sizes”