Today’s guest post comes from one of our regular contributors Roxana Oliver.

Don’t get me wrong, when I introduced Astoria into our household, I already had Brando and Archibald. Brando is also a dog, while I was under the impression that Archibald is a cat. However, ever since we got Astoria, Archibald started acting as a third puppy. While it is fun to watch the dynamic of this fantastic trio, it is kind of hard not to realize that my cat is slowly transforming into a dog. Here are the signs that I noticed so far.

Following me around the House

Astoria and Brando like to be near me. They are always following my every move and they are happy to participate in every hose chore that I do. They will run around me while I vacuum and they will catch the mop while I’m trying to sweep the floor. However, Archibald started showing the signs of the same behavior. Just recently, I realized that, while I’m washing the dishes, the two pups were sitting by my feet, as usual, but Archie joined us and sat by the sink, closely examining my dish washing. He didn’t want anything, he just figured out he joined the crowd. He’s been doing it ever since.

Now, this started being a problem. To be honest, Archie is not the skinniest cat in the neighborhood. More precisely, let’s just say that he wouldn’t fit into his high school skinny jeans. He is the first one to finish off his food and he rarely leaves anything in his bowl. However, ever since he decided that he is a dog, he started sniffing around Brando’s and Astoria’s food bowls. Since he has been a bit harsh on Astoria when she acted out during his adaptation period, she is a bit intimidated by this fat bully and leaves him to her bowl. Although it may seem that this would mean it would be easier to organize pet supplies, I had to be careful. This is very bad for his health, because dog food is full of carbs that are just too much for cats. I’m having a very hard time explaining that to Archie.

This one – I wouldn’t believe if I hadn’t seen it myself. Naturally, Astoria and Brando love playing catch. They could run over with that toy a thousand of times if I ever had enough time to play with them. It seems that Archie figured out that it is the way to catch my attention. However, being the Ultimate Lord of the House, he wouldn’t stoop so low as to catch the things that I throw. However, if I throw something to Astoria or Brando to catch, Archie rushes after them and brings me something completely different! For example, once I throw a ball for Brando and Astoria, Astoria was the first one to bring it back and then Archie came to me following her, bringing me my Bluetooth earphone. I guess that was the heaviest item that he could bring himself to lift and fetch for me. Needless to say, I started bringing home some pretty interesting toys. I had to improvise. Although, my favorite pet store is full of very cool stuff, a statement ‘I need something to play catch with my cat’ would definitely raise some brows. 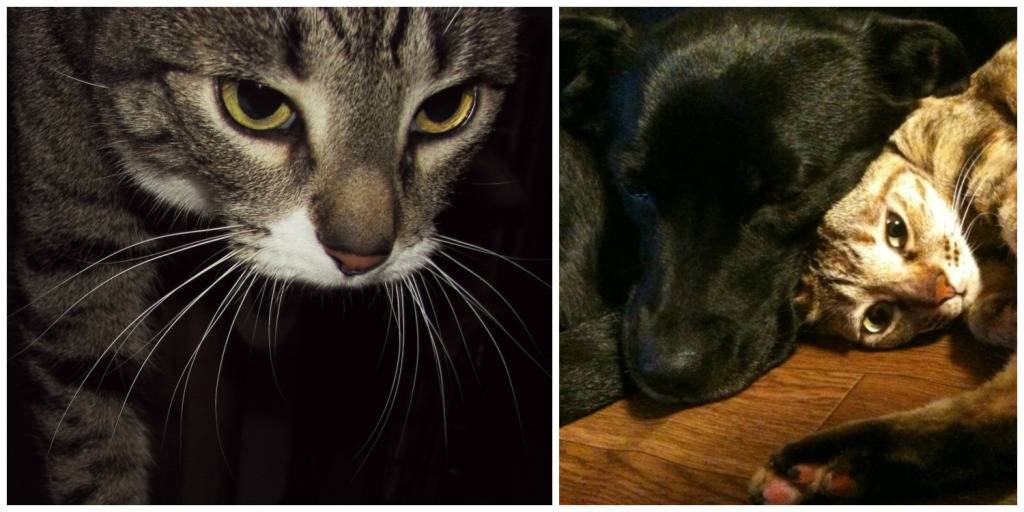 Archibald is a very cool cat. Or dog. Or both. However, we all love him just the way he is. However, now when I think about it, I should have figured out what was happening once he started chewing on furniture rather than scratching it. On a more serious note, I talked to the vet and he explained that this sort of behavior is just fine and that he just tries to get more of my attention.

This article was brought to you by Roxana Oliver, we hope you are looking forward to more of her guest posts in the future! 🙂

P.S: Don’t forget you can now sign up to the Katzenworld Newsletter here.