PDSA vets have saved the life of a mischievous Moggie who got himself in a terrible tangle after gobbling up shoelaces and hair bands.

Black-and-white cat Garry, from Hove, went along to Brighton PDSA Pet Hospital for his annual booster, where PDSA vets discovered an extremely worrying large mass in his stomach.

The two-year-old cat was admitted for further tests, and worried owner Ana Barbosa (32) was told to prepare for the worst, as a life-threatening tumour was suspected.

But during emergency exploratory surgery, PDSA vet Jess Maguire was stunned to discover shoe laces and hair bands, along with bits of plastic, in Garry’s stomach. 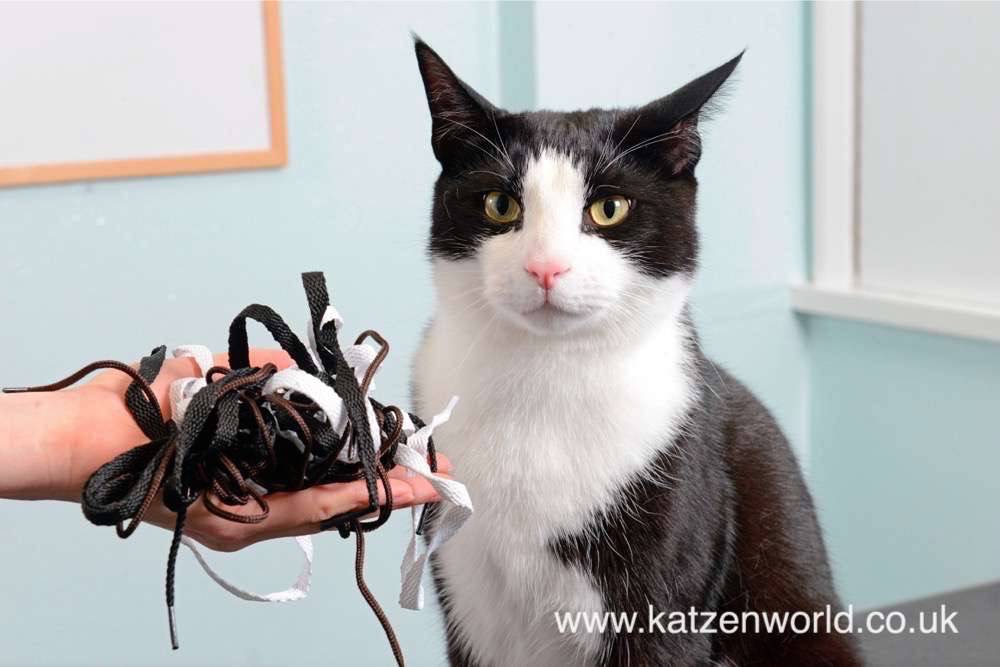 If left undetected, the items could have caused a potentially fatal blockage. The items had probably been eaten over a period of time, according to vets, and it was a miracle that the inquisitive feline wasn’t suffering any side-effects after his bizarre snacking habits.

Garry’s owner, Ana Barbosa, said: “Garry is a very cheeky little chap who has always preferred playing with human things instead of cat toys. But we had no idea he was actually eating them.

“I’d washed some laces from my trainers, which went missing. I never for one moment thought that Garry was the reason why! When I first heard it may be a tumour, I was devastated. My two boys and I adore him. So although I was absolutely shocked to find out what the mass was, we were relieved to hear the good news that it wasn’t a tumour.” 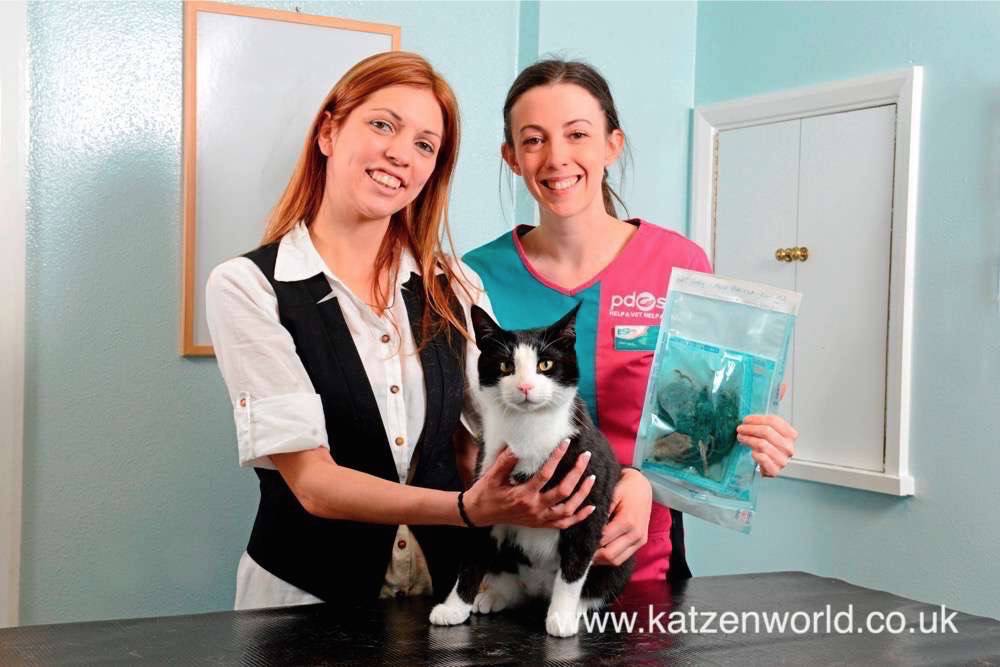 Commenting on this case of ‘curiosity nearly killed the cat’, PDSA vet Jess Maguire urged owners to be vigilant where peckish pets are concerned:

“We often see dogs who have eaten odd things, but it is quite unusual for a cat to eat so many different items,” she said.

PDSA advises owners to speak to their vet at once if they suspect their pets have eaten something they shouldn’t.

Ana added: “We’re so grateful to PDSA for saving Garry’s life – he’s a big part of our family and we’d be heartbroken if we’d have lost him so young. Now we know how mischievous he can be, we’ll definitely be keeping a closer eye on him in future.”

37 thoughts on “Charity Mews: Cat who got in a knot is saved by PDSA”