24th January 2022 – Today, on Change a Pet’s Life Day, 24th January, it’s been announced that record numbers of pets have been given up by owners* to rescue homes, and despite nine out of ten Brits saying they would rehome from a charity, expensive vet costs are cited as a major barrier.

Since the start of the COVID-19 pandemic, 3.2 million households in the UK have acquired a pet*. However, new research** from Co-op Insurance can reveal 12 percent of consumers regret their pets and would consider leaving an unwanted pet at a rescue centre, with 160,000 of these already having been given up. Not only that, but rescue centres are bracing themselves for another 77 percent of ‘pandemic pups’ to be given up this year***.

And caring Brits would take their pets to the vet more frequently than visiting the doctors themselves, yet unexpected vet bills make pet lovers wary of taking on a rescue animal.

In response to this, Co-op Insurance has launched new pet insurance for dogs and cats over eight weeks old. To help make adoption more affordable, it includes an introductory discount on policies for those insuring a pet from a recognised animal charity or rescue centre – 7.5% for Co-op members and 2.5% for non-Co-op members.

The YouGov research also shows that 91 per cent of Brits looking for a pet would consider adopting from a rescue centre, however, 29 per cent are deterred as they believe they would be expensive to insure and care for.

Of the 51 per cent of the British public who would like to get a pet, the research revealed that 39 per cent would be put off unless the animal was known to have a clean bill of health. In addition, 41 percent believe they are too high-maintenance, and 32 percent say they do not have time to look after a pet. 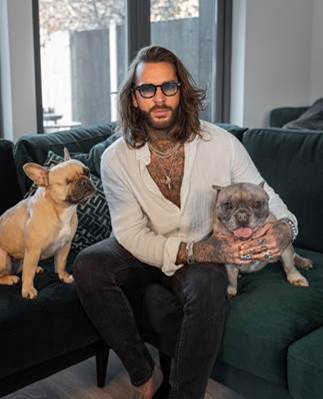 RSPCA ambassador, The Only Way is Essex television star and a Co-op Insurance customer, Pete Wicks said: “I’m delighted to be working with Co-op insurance on the launch of this new insurance cover. My dogs really are the most important thing to me: Peggy and Eric [my French bulldogs] always have and continue to get me through tough times, so I find it crazy how some people don’t prioritise their health in the same way we would our own. Insurance is the best thing we can give our pets.’’

Ryan O’Meara, Founder of dog rescue organisation Dogs Blog, said: “When someone is thinking of getting a dog, it’s a wise choice to think about adopting one first. One of the biggest myths about adopting from a shelter is that rescue dogs are somehow problem dogs. This could not be further from the truth. There are multiple advantages to adopting, not least the fact that you are changing an animal’s life. Rescue shelters work extra hard to make sure owners are matched to suitable pets. If someone is worried about adopting, it’s worth remembering that dogs end up in rescue for many reasons – owners die, relationships break up, people’s living arrangements change – and this means there is a rescue dog for everyone somewhere in Britain’s shelters. As a former professional dog trainer and the co-founder of dogsblog.com (which has helped more than 60,000 rescue dogs find new homes), I can safely say, adopting a dog is one of the very best things I’ve ever done in my life.’’

Co-op’s new pet insurance provides cover for pets over 8 weeks old, as well as access to unlimited video consultations with fully qualified veterinary surgeons 24/7, 365 days a year as standard, as well as dental and farewell cover (subject to terms and conditions).