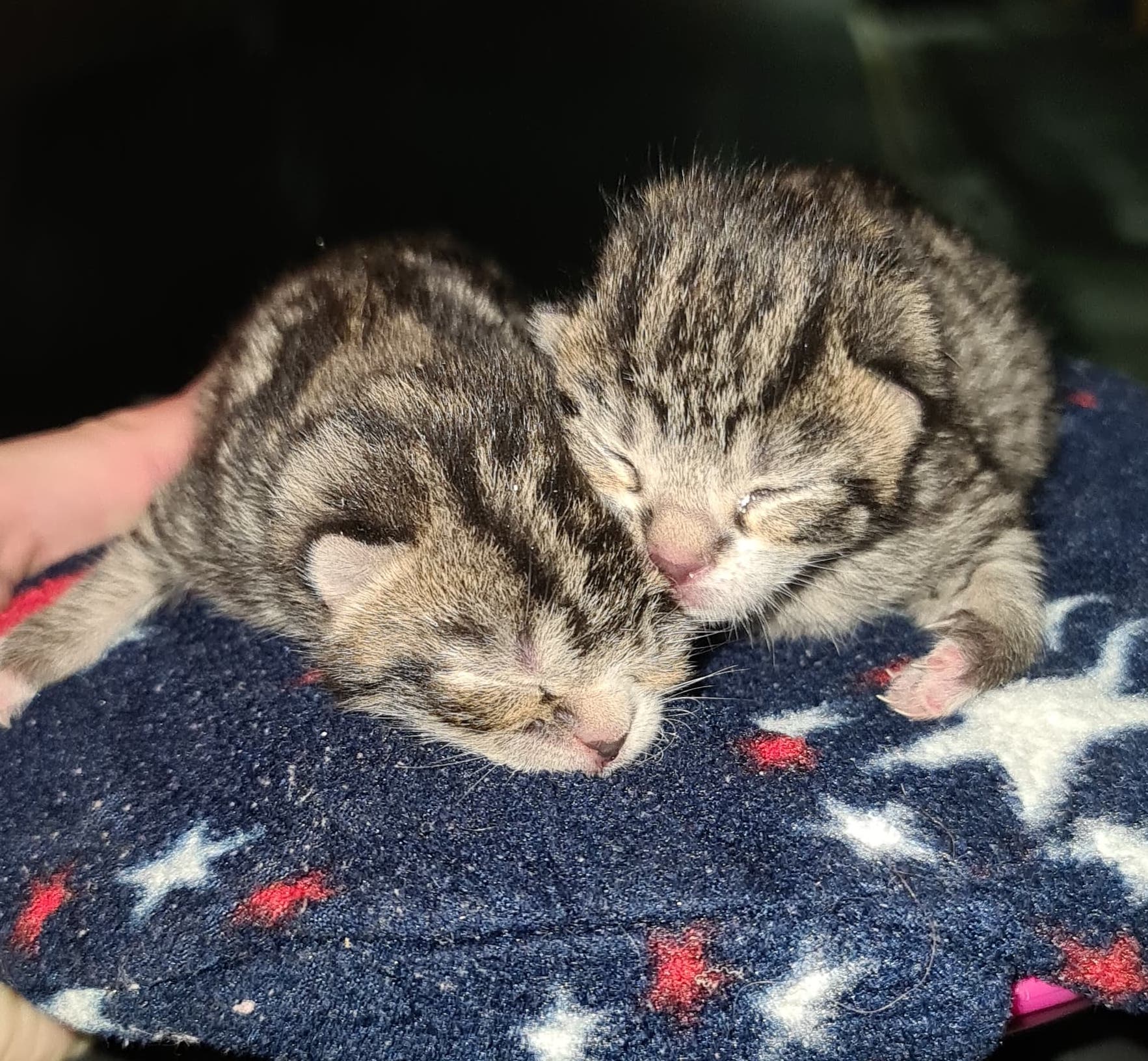 A tiny kitten who was branded a ‘Christmas miracle’ after being rescued just seconds from death is now loving life with his new owner and his adopted canine brothers, cocker spaniels Buddy and Bullseye.

The little tabby kittens were just a few days old – with their eyes still closed and umbilical cords attached – when they were spotted on a rubbish-sorting conveyor belt at a recycling plant in Hartlepool, County Durham.

RSPCA animal rescue officer Shane Lynn was called to J&B Recycling on 22 December by staff who had plucked them from amongst the rubbish and got them to safety. It was just one of more than 50,000 calls to the charity’s animal rescue line over Christmas.

Shane said: “These kittens were incredibly lucky to have been spotted by the eagle-eyed workers. If it wasn’t for their quick actions they could have been killed by the machinery at the plant. It’s believed the kittens may have been born to a feral cat inside a recycling bin that was then picked up by one of the lorries and tipped onto the conveyor belt at the plant for sorting.”

The kittens were rushed to a local vet for life-saving emergency treatment.

“Shelby and his brother were very young and extremely vulnerable, especially away from their mum,” Shane said. “They were very cold and weak. The out-of-hours team at Stanhope Park Veterinary Hospital managed to warm them up and vet nurse, Pippa Young, took them home for round-the-clock care.”

Pippa, 27, originally from Dorset but now living in Darlington, was shadowing rescuer Shane on shift and went with him to collect the kittens from the recycling plant.

When the two tiny kittens needed round-the-clock care she knew she had to help. She had worked at the vet practice for five years and was always taking home waifs, strays and orphans who needed a bit of extra care.

She said: “I’m forever taking animals home to foster them or wildlife which needs feeding and releasing. But I knew that I couldn’t bear to be parted with Shelby and he’ll be staying for good!” 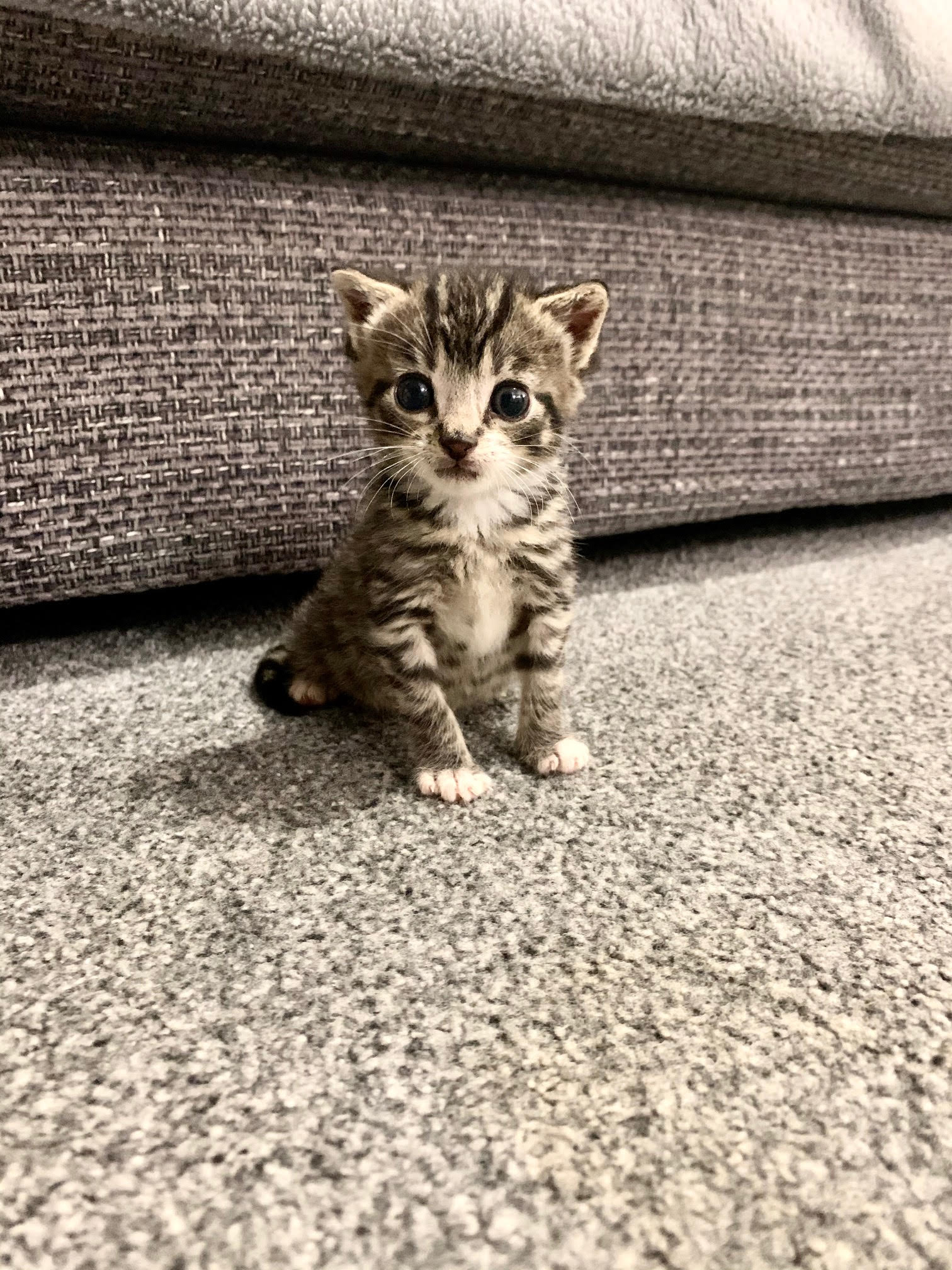 Sadly, Shelby’s brother, Arthur, was very poorly and he died in February at five weeks. Pippa said: “He had so many complications that we managed, somehow, to overcome including abscesses, trouble feeding, tummy upsets and eye infections. Sadly, we eventually had to let him go when vets suspected a liver shunt and said he’d suddenly gone into heart failure.

“I knew at that point that I couldn’t let Shelby go and I’m so pleased that he’s doing so well.”

Now, at 10 months old, Shelby is going from strength-to-strength. Pippa said: “He is a real character! As he lost his brother so young he’s grown up mostly with our dog, Buddy. He acts more like a dog than a cat!

“He’s so loving and constantly wants your attention and, as soon as he has it, he purrs his head off. I can’t sit down anywhere without him jumping on my lap for a head smoosh!”

When Shelby was neutered, Pippa and her colleagues decided to run some tests to find out if he had the same condition it’s believed his brother died of and his results came back very poor.

Pippa added: “Lots of the results were dangerously low so we sent off more blood for virus testing; I was so worried we’d lose him just like his brother. Thankfully, they later came back much better and we;ve tested him again since and everything is now well.

“We’re not sure what caused his original results but I’m so pleased and relieved that they’re improved although we’ll continue to do yearly tests just to make sure he stays fit and well.”

Pippa cocker spaniels – Buddy and Bullseye – have taken Shelby under their wing and he’s doing well in his new home. The family are looking forward to their first Christmas together.

The RSPCA is calling on animal lovers to help the charity’s rescue teams continue to bring animals to safety this Christmas. Dermot Murphy, Chief Inspectorate Officer, said: “After another exceptionally tough year, this Christmas, more than any, should be a time for joy and togetherness. A time to be safe inside, loved and protected from the cold. 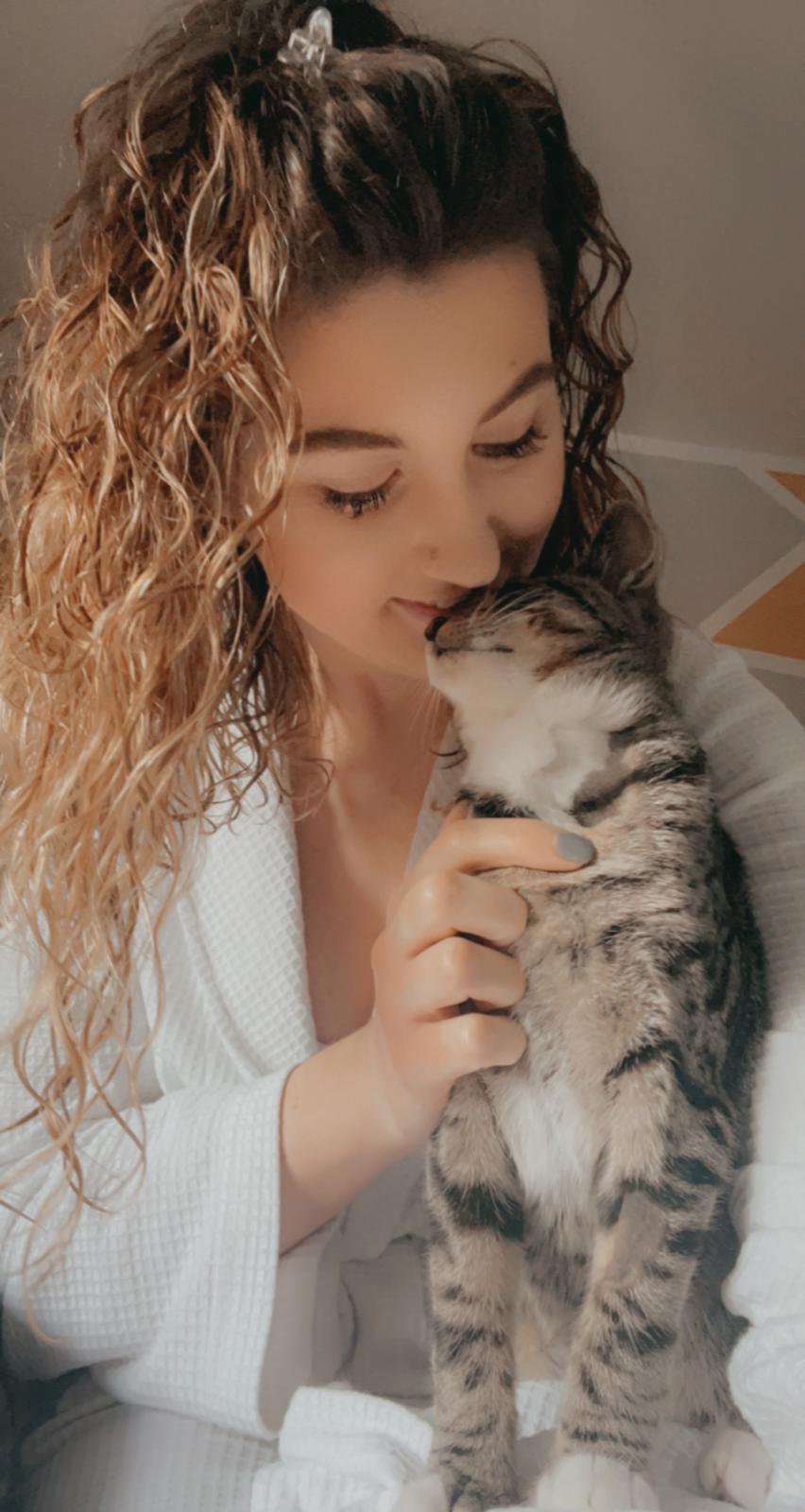 “But for thousands of innocent animals this is sadly not the case. Cruelly treated, neglected and abandoned, many face a Christmas of continued abuse or slow starvation, without warmth or affection. We are often their only hope, so we must do whatever it takes to rescue animals who desperately need us and stop their suffering.”

The RSPCA is the only charity with rescue teams out saving all types of animals in need across England and Wales this festive season. It will cost £245 a day to keep a frontline rescuer on the road this Christmas.

To Join the Christmas Rescue and help our rescuers be there for the animals in need this winter, please visit www.rspca.org.uk/rescuexmas.