It’s one of the fiercest debates in the history of human civilization: cats or dogs?

The dog people talk about loyalty, personality, and a friendly face and wagging tail that greets you every time you walk through the door. But the cat folks are more impressed by a feline’s laid back sophistication and natural independence. Plus, kitties have their cheeky side too. But whichever you prefer, it looks like the argument had been settled once and for all. And it’s good news for us cat lovers!

Using data collected from Instagram, Budget Direct decided to find out if the world prefers cats or dogs. They looked at location data and the number of pet hashtags posted in each country. Overall, the cats came out on top in 91 countries. The pooches were more popular in just 76 countries. 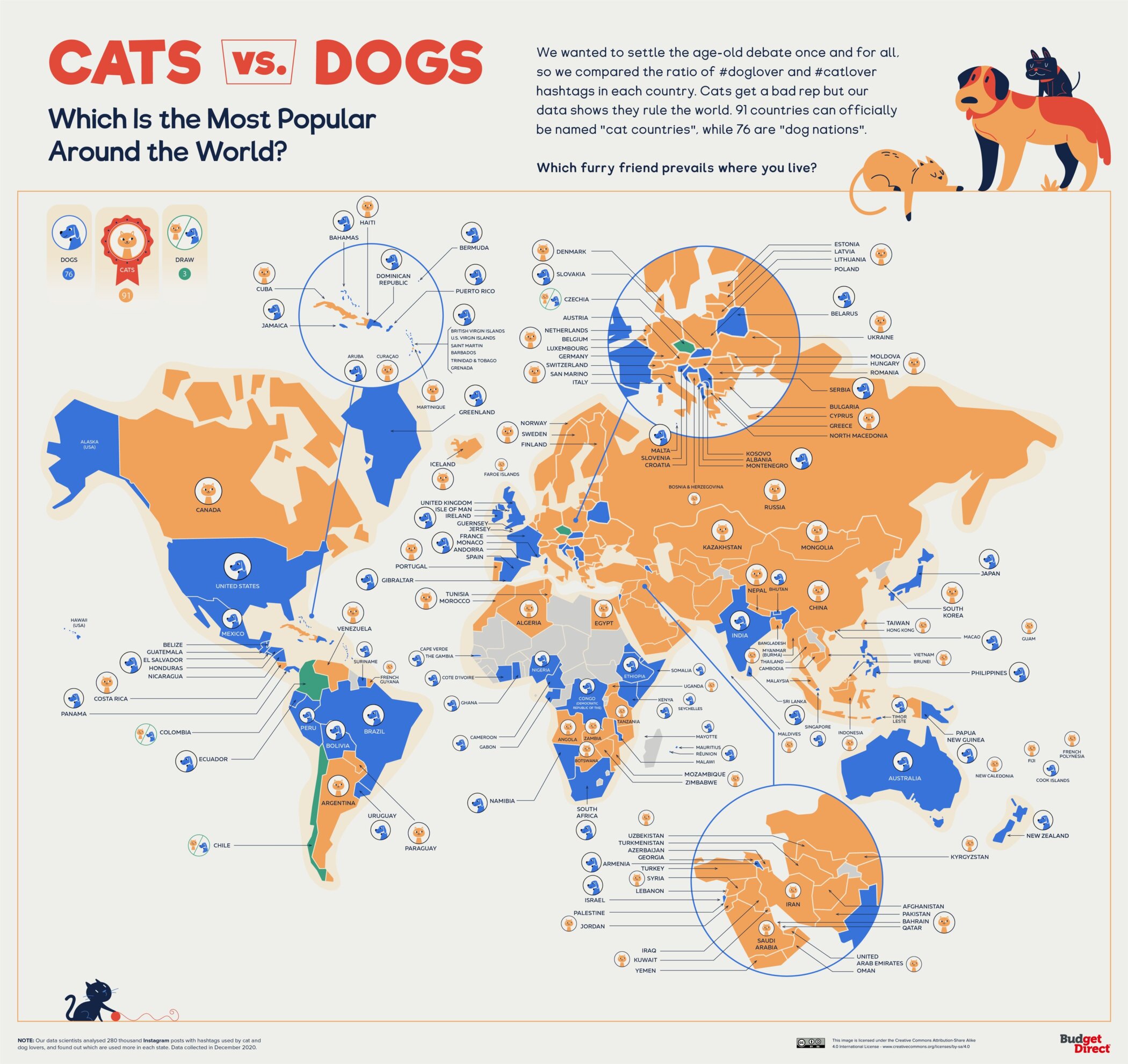 Canada and Russia are two of the biggest cat-loving countries on the planet. But the top spot went to China, where an incredible 82% of all pet-Instagram posts feature a feline. But this won’t come as a surprise to cat-owners who really know their stuff. Cats are considered sacred in many East-Asian cultures. Cats signify good luck, and legends say they can scare away evil spirits. And the Chinese have kept cats as pets for over 5,000 years. Cat bones have even been found next to the graves of ancient Chinese emperors.

But while they might be down, the dogs aren’t out of this fight just yet. The USA, the UK, and Australia are all dog-people countries. And the city-by-city results reveal plenty of places where the dogs dominate. Leeds, Sheffield, Perth, Melbourne, and Chicago are just some of the world’s big dog cities. And London is the only capital in the UK that flies the flag for cats. Pet owners in Edinburgh, Cardiff, and Belfast tend to be dog people. 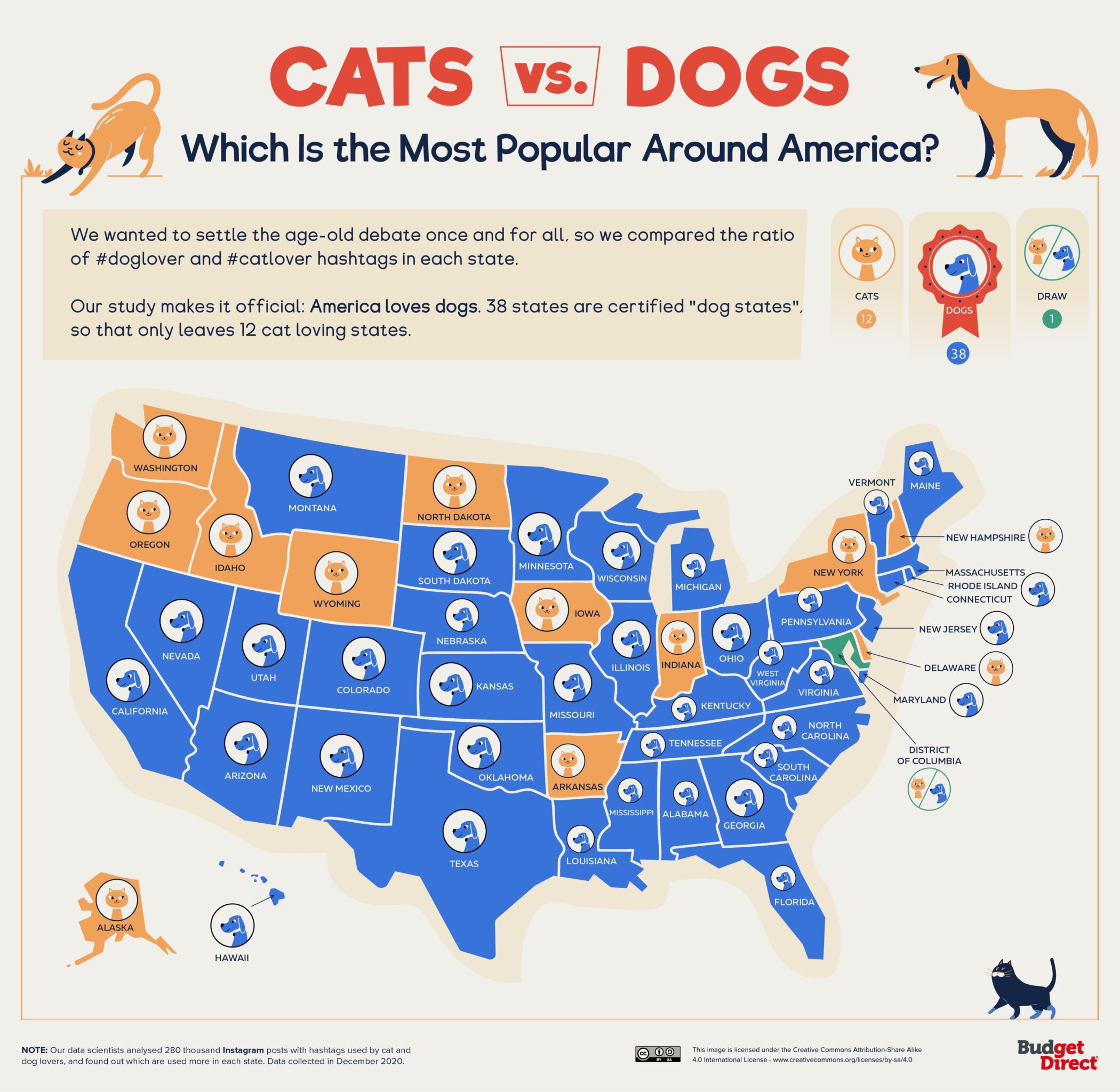 And in many cities it was almost too close to call, with cats winning by a whiskey. And then there are the 50/50 cities like Washington, St Petersburg, and Boston. Just a few new owners could make these swing cities flip from cat to dog overnight.

And there’s one more reason why dogs are hot on the tails of their rivals: lockdowns. Since the start of lockdowns across the world, more people than ever are adopting or fostering dogs. 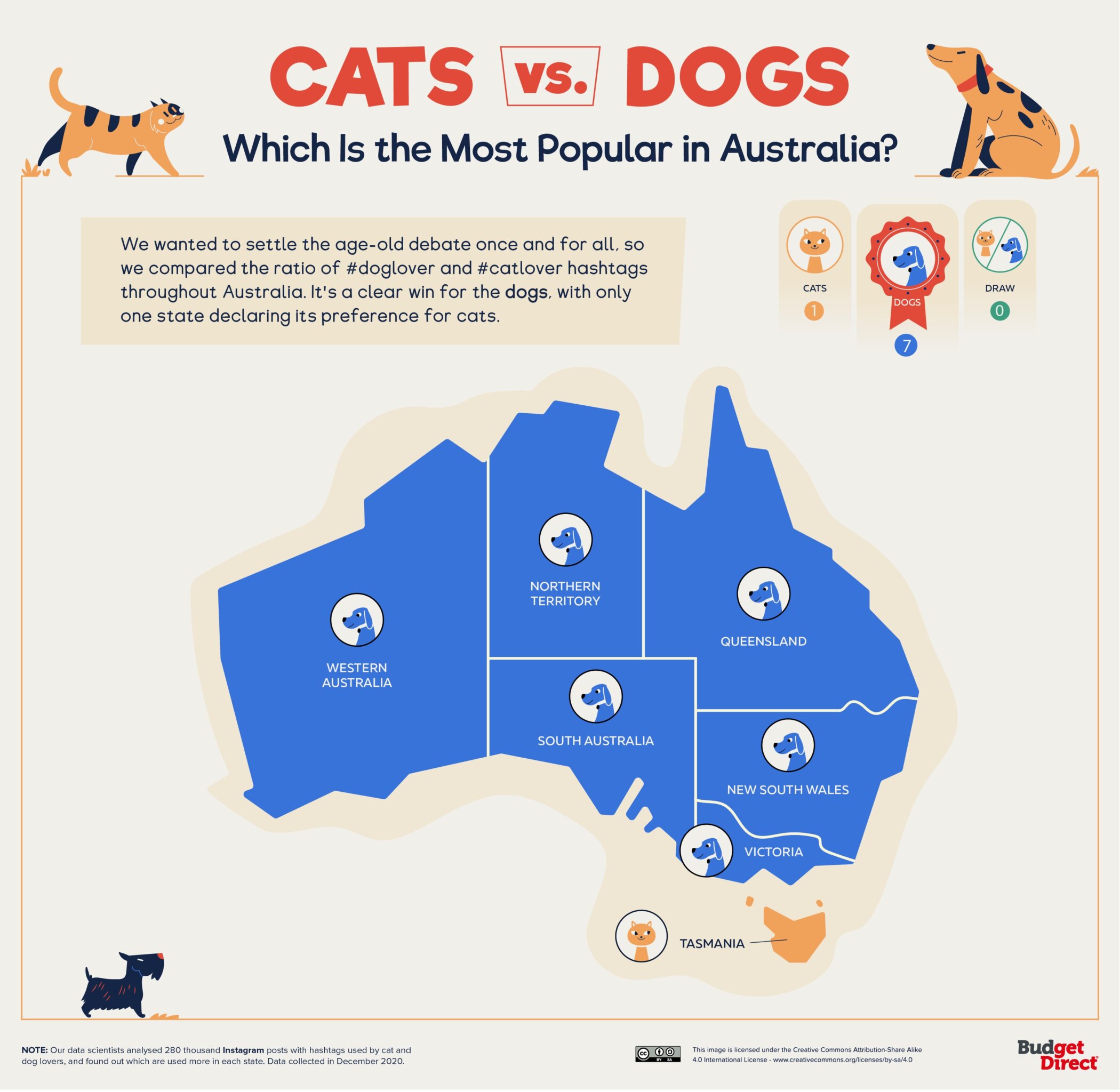 Does this mean dogs could soon overtake cats in this global popularity contest? And if so, would the cats even care? Probably not. Cats know they’re best, and they don’t need a survey (or a pat on the head) to prove it!

5 thoughts on “New Survey Settles Dog vs. Cat Debate Once and for All!”