As backyard chicken-keeping only becomes more popular, so too does the number of households where chickens have to coexist with traditional pets like cats and dogs. Cats and chickens may seem like natural enemies, but for people with outdoor cats and free-range chickens, habituating them to one another will be a major investment against future headaches and potential injuries and infections. 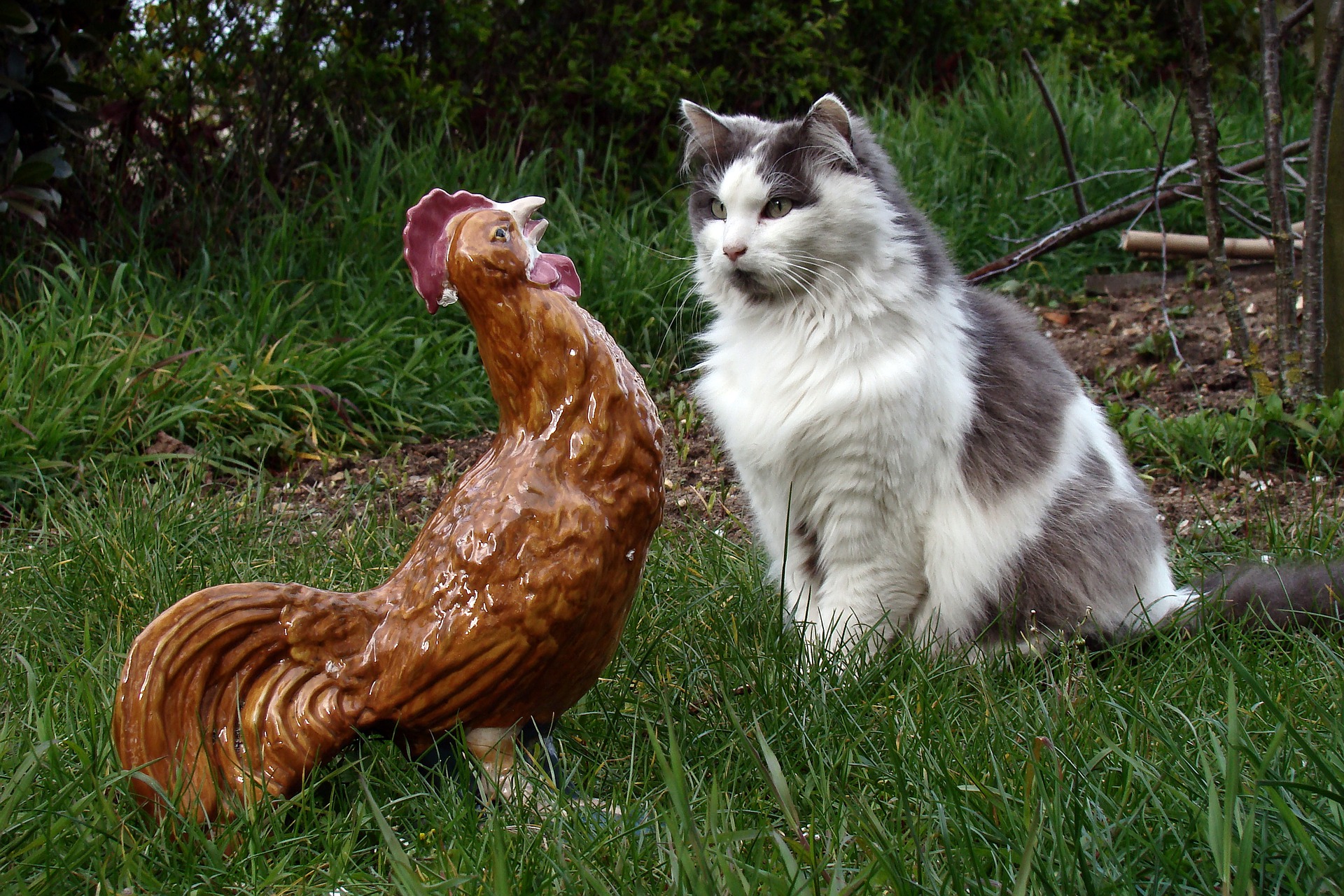 It should be noted that it’s often unnecessary to introduce your cats to your chickens at all. There’s really no reason for indoor cats to ever interact with the birds, though they might make a fuss the first time someone comes in smelling like a chicken coop. Even if you have chicks in the house, if the cats won’t see them at all after they move outside, introducing them is more trouble than it’s worth, especially with the risk of species-jumping parasites. The easiest solution is to keep the cats away from the chicks until they move out. 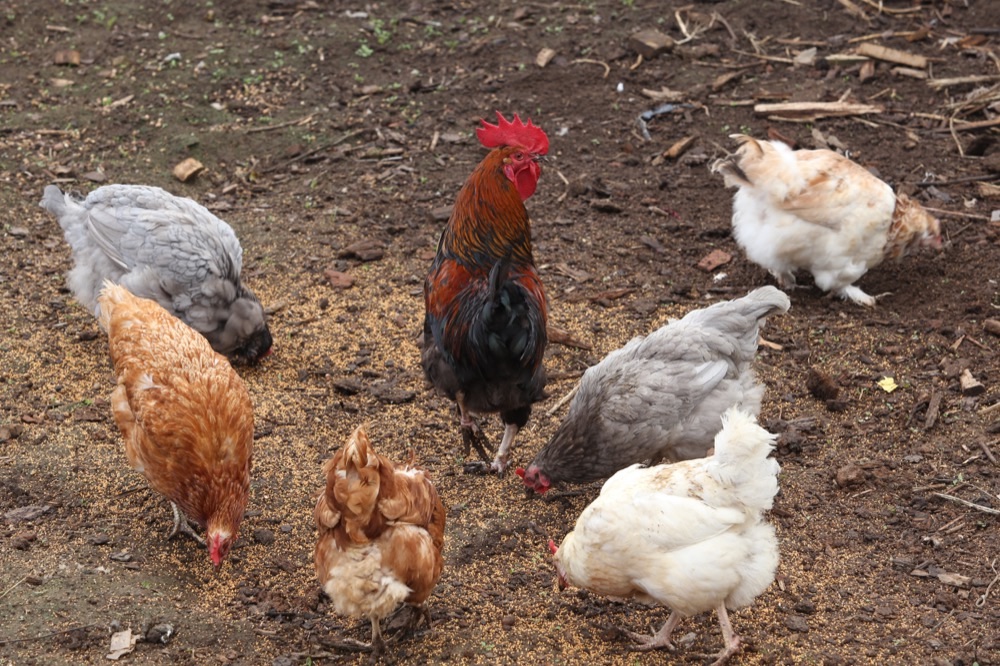 For those with outdoor cats, though, it is best to introduce them to the chickens, as a confrontation between the two species could result in injuries to either animal. While there are many gentle, non-confrontational breeds such as Sussex chickens, any bird can get defensive and peck or scratch a curious cat, and it’s easy to see how kitty claws and teeth could do damage to a hen.

One of the best ways to introduce cats to chickens is, if possible, to start when they’re young. Kittens, obviously, are less likely to be able to hurt a full-grown hen, and they also won’t have as finely-honed a predatory instinct as they will when they’re older – especially if they’re outdoor cats with lots of practice hunting small critters.

Phase One: Through the Fence

The best way for them to meet chickens for the first time is from the other side of a wire fence, after the chickens have had some time to settle into their new home. The fence will ensure the animals can see and, more importantly, smell each other, but without the risk of claws coming out. If the cat starts to display predatory or aggressive behaviors – arching their back or hissing are the most common ones – distract them with toys or pets. It may take a while, but once the cats are able to remain calm around the chickens through the fence, they’ll be ready for face-to-face interaction.

The easiest way to set up an early face-to-face interaction is to enlist an assistant (ideally someone both the chickens and the cat(s) know well – again, one new thing at a time) and have one person hold the hen while the other keeps an eye on the cat. Once again, you’ll monitor the cat for predatory reactions and redirect the behavior with toys or other distractions. This step will hopefully be shorter than the first, but it might still take a while before the cat is basically unphased by the hen.

Once your cat is able to handle interacting with a chicken someone is holding, it’s time to let them loose – together, under close supervision. Here again it’s good to have at least two people, so that the animals will be easy to separate if something goes awry. By this point, hopefully, the two will know each other well enough that they’ll be only minimally intrigued by the other’s presence, but it’s still a good idea to have cat toys around, to help drive home the message that the chickens aren’t that interesting. Once the cat gets this message, you can begin the transition to having them together while unsupervised – starting with short stretches, then working up to complete freedom.

This whole process might take anywhere from a few days to a few months. In the long run, though, it’ll be worth it to know your cat and your chickens are safe around one another.