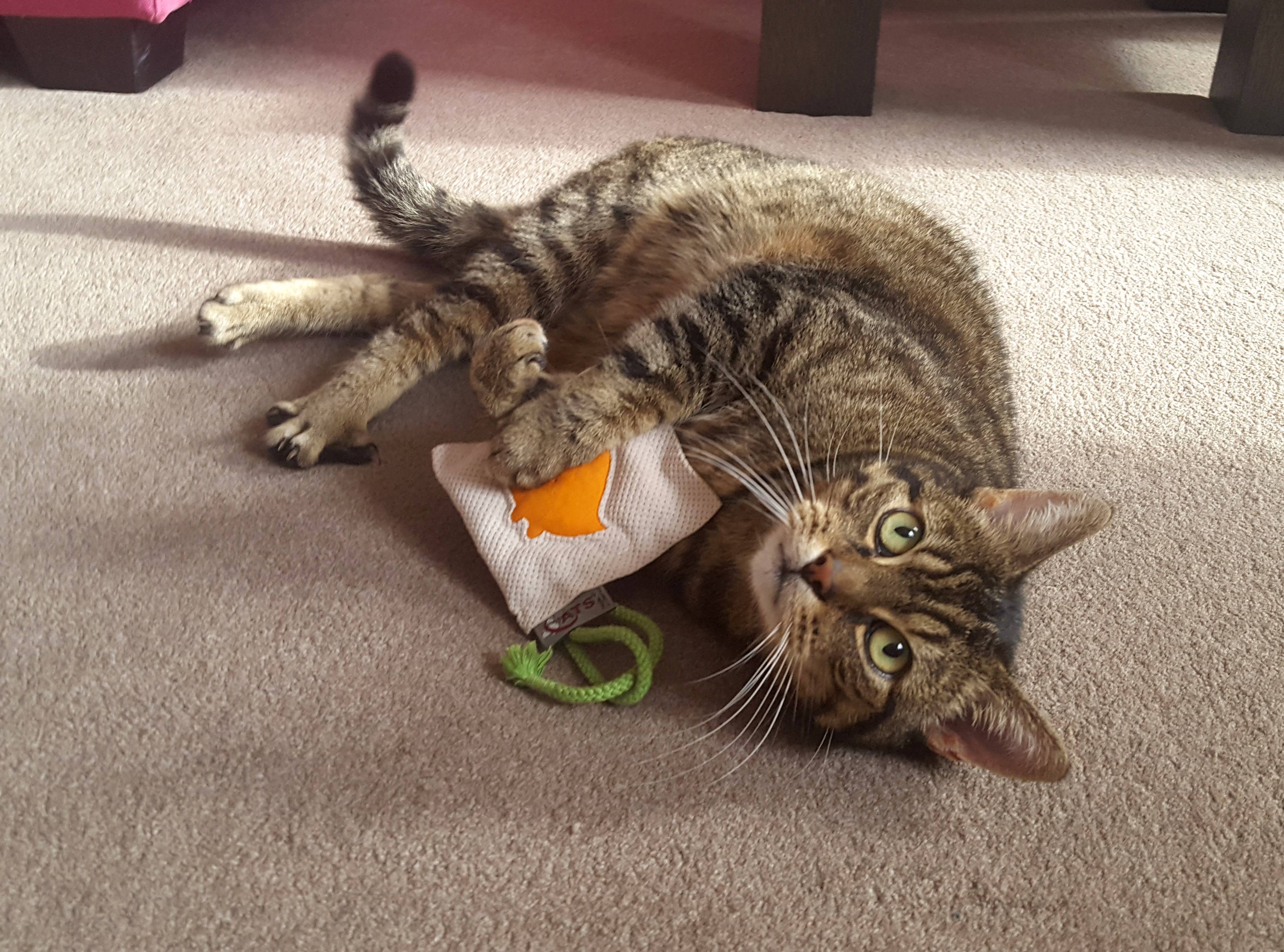 I think this picture says it all, no need for me to tell you Dirk loves 4cats Premium Motif Cushion 🙂

Those of you who are familiar with the 4cats toys will have noticed the green strings on this toy and you will know that means there’s catnip inside this cushion (they are available with valerian filling too).

When it comes to playing with this cushion, Dirk loves to cuddle this cushion. It’s bigger than the 4Cats Cuddly Cushion, but that’s no problem 🙂

Let it go mom, I want it all for myself

Another favourite game is the cat version of tug of war (a game loved by many dogs too). Though in Dirk’s case I’m obviously the opponent and Dirk always wins – well, I let him win 😉

Dirk doesn’t really kick this toy a lot, perhap just because it is slightly smaller than the 4cats Premium Rustling Cushion or their Wrestler Toy. I can imagine other cats won’t be put off by this though and will love kicking the cushion too!

Dirk loves rolling around with his toy and sometimes even sleeps on top of it. I might be reading to much into that, but I really think he just wants to make sure I won’t “steal” his toy while he is napping.

Dirk’s version of this cushion has a bird on it, but there are others too and the toy also comes in various colours.

You can order yours with the catnip or valerian filling and pick your own colour too, so it’s almost perfectly tailored to your – or your cat’s – preferences!

2 thoughts on “Dirk and his 4cats Premium Motif Cushion”