Pet lovers duped into buying sick puppies and kittens by deceitful sellers could be faced with up to £5000 in additional vet bills within the first year of a puppy or kitten’s life if they do not buy their pet from a responsible breeder.

The warning comes from a new government awareness campaign backed by the Chief Veterinary Officer and leading animal charities who are urging people to be aware of low-welfare breeders and look out for red flags when buying a puppy or kitten.

It is not just puppy farming that has alarmingly increased[i] with reports of a staggering 300%[ii] increase of cats involved in the kitten trade bred in low-welfare conditions.

The poor breeding conditions can cause illnesses leading to huge vet costs and, in severe cases, even lead to the pet being put to sleep. One in five vets say that they have seen illnesses so severe they have reported the case to the authorities.

The ban on third-party sales of puppies and kittens, also known as ‘Lucy’s Law’, will come into force on 6 April to ban the sale of puppies or kittens from third party sellers such as pet shops or commercial dealers.

The new campaign is urging the public to do their part by ensuring that they only buy pets from responsible breeders and are vigilant in reporting any cases of animals that they suspect to be bred in low-welfare conditions to the RSPCA.

A new website has been launched to help people spot the different tricks used to mislead buyers at: getyourpetsafely.campaign.gov.uk

“I can’t stress enough the importance of doing research before buying a puppy or kitten. Being tricked into buying a seriously ill puppy or kitten is more common than you think.

“We want new pet owners to make the best possible decisions where they are truly informed about what they are purchasing to avoid unscrupulous sellers. Familiarise yourself with cagey behaviour. Warning signs such as a seller’s unwillingness to answer questions or provide legitimate medical documentation could lead to a host of illnesses and even premature death for your pet.

“It’s important to report suspicions of UK puppy farming or low-welfare kitten trade activity to the RSPCA and avoid the temptation to save the pet yourself. By turning down a low-welfare raised pet you are helping to stop this cruelty once and for all.”

Largely driven by online advertising, in 2019 alone, at least 190,000[iv] adverts for puppies and kittens were available to the public, making it easy for the public to unknowingly make poor decisions that continue to drive low-welfare breeding.  Not only leading to heartbreak, impulsive online sales from unscrupulous sellers costing pet owners thousands of pounds in vet bills are just one click away.

Beware of being Petfished – the importance of doing research

With a clear consensus among vets (87%) strongly agreeing that the public needs access to clear information in order to do effective research before buying a pet, the Department for Environment, Food and Rural Affairs (Defra) has launched its Petfished short film with journalist Leah Green who follows pet-owner pitfalls at the hands of deceitful sellers to help the public avoid these everyday tragedies.

Much like ‘Catfishing’, when someone creates a fictional online persona to lure a person into a relationship, deceitful pet sellers often use a similar tactic to ‘Petfish’ buyers, mistreating animals and selling them at high-volume to line their pockets.

Telling the story behind this widespread trade, Leah hears from one pet owner, Amy Heathcote, who was deceived into buying a four-week-old kitten – four weeks younger than the legal eight week minimum – having health problems and little chance of survival away from its mother. Sadly, it came at a cost higher than vet bills as its owner reveals her heartache after putting her pet to sleep after just twelve days.

“I was misled by an online seller who lied about the age of the kitten I bought. I hadn’t realised until Marley got ill with diarrhoea four days after I took him home that he was just four weeks old, not nine weeks like the advert stated.

“By that point it was too late and the vet said he had little chance of survival after being separated so early from his mother. I found out that the seller had been advertising multiple litters online – a clear indicator of low-welfare conditions – and I can’t stress enough how important it is for someone looking for a pet to do their research beforehand.”

Stills from video (Markey the kitten is bottom right) 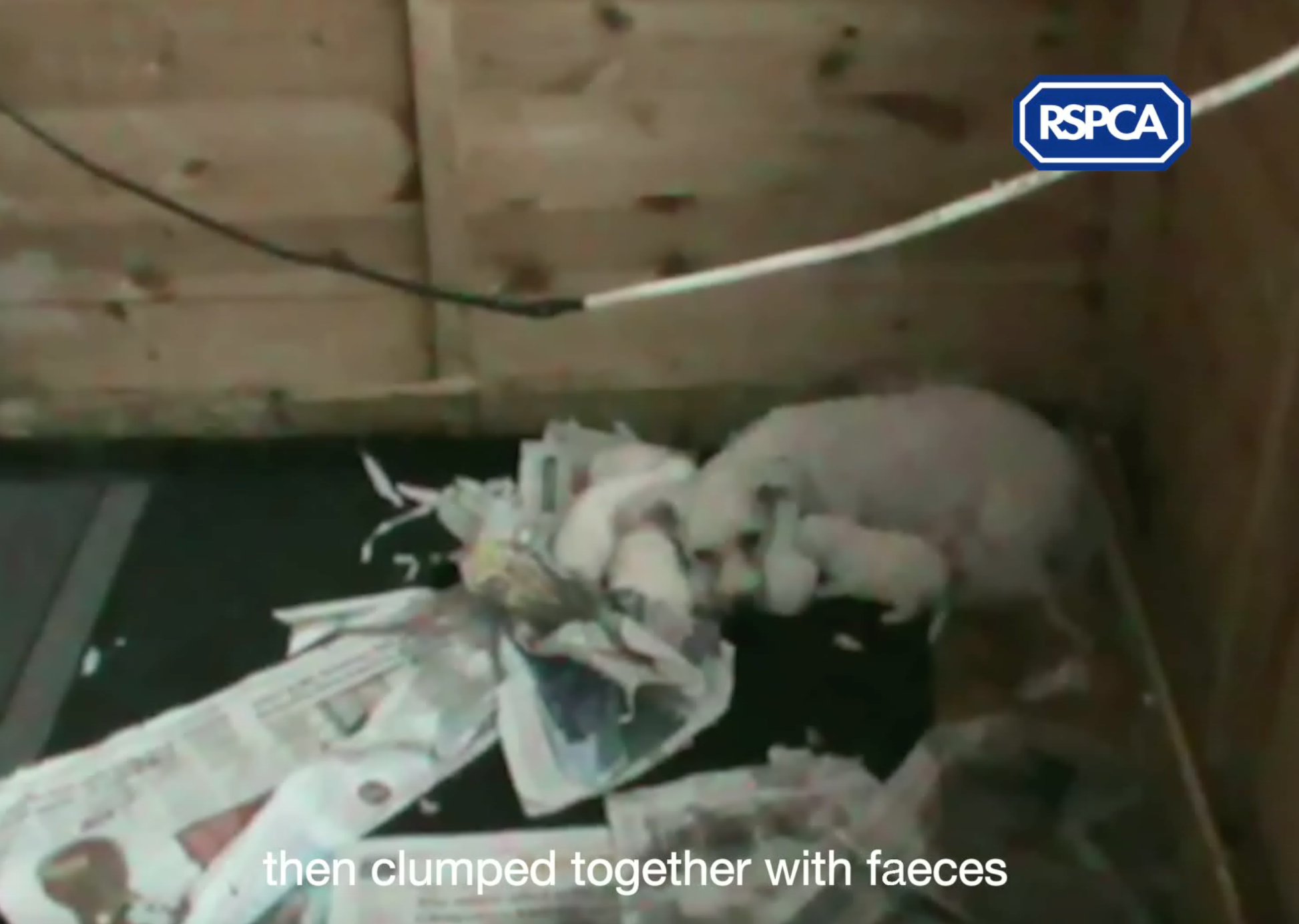 People should follow these tips to help spot warning signs that a puppy or kitten has been raised in low welfare conditions:

“Across the UK Cats Protection regularly hears of harrowing stories of underage and very sick kittens that are sold by private sellers.

“Kittens shouldn’t be separated from their mothers until they are eight to nine weeks of age, and they should appear bright, engaged and sociable. Buyers should read online adverts carefully and gather as much information as possible before going to see a kitten.

“Once a visit has been arranged a buyer should ask to see the kitten with its mum and it should be in a clean environment and look healthy.

“If there are concerns about the welfare of the cat or kittens the buyer should report it to the RSPCA. Also bear in mind that adopting a feline from Cats Protection will give you the peace of mind that your new pet is vet-checked, microchipped, vaccinated and neutered if old enough.”

“There’s always been a high consumer demand for puppies and kittens and sadly there are people out there who try and meet this demand by prioritising quick cash profits at the expense of animal welfare.

“Puppy farming in particular is a disturbing industrial-scale attempt to meet this demand and the low-welfare conditions and animal illnesses this leads to are distressing.

“Some of the worse cases I’ve seen have resulted from so-called ‘back-yard’ kitten breeders removing a kitten from its mother too early with little chance of survival or hundreds of puppies kept together in their own faeces with matted fur.

“It’s important the public remain vigilant. If you suspect foul play at any stage when researching and buying your pet, report the seller immediately to the RSPCA or your local authority to help us stop this. if you’re looking for a new pet to join your family please consider giving a rescue animal a new home.””

To find out how to responsibly purchase a pet, visit https://getyourpetsafely.campaign.gov.uk/

From 6th April 2020, the government’s ban of third party sales of puppies and kittens comes into force. Known as ‘Lucy’s Law’, the decision was taken following a public consultation, from which there was over 95 per cent support for a ban. It will help bring to an end the terrible welfare conditions found in puppy farming and solve a range of existing animal welfare issues.

This will help to crack down on puppy farms and make it much harder for high-volume low-welfare breeders, both licensed and unlicensed, whose trade relies on third party sellers.

These include the early separation of puppies and kittens from their mothers and the increased likelihood of long journeys that puppies or kittens have to undertake. All of these can contribute to an increased risk of disease and a lack of socialisation for the puppies and kittens.