Here is story 7 about several cats in a cattery in Bangalore who helped me through my year of cancer treatment, many years ago!

When that very scary army of those chemotherapy silencers attacked me, (they came out of its side effects,) it was luckily also my time for meeting Angel! She was the cat who came to wrap herself around my disease stricken heart, with the comfort I get from listening to Tavener’s Song for Athene. She had the same soul-hugging power that this music always has when darkness descends…. 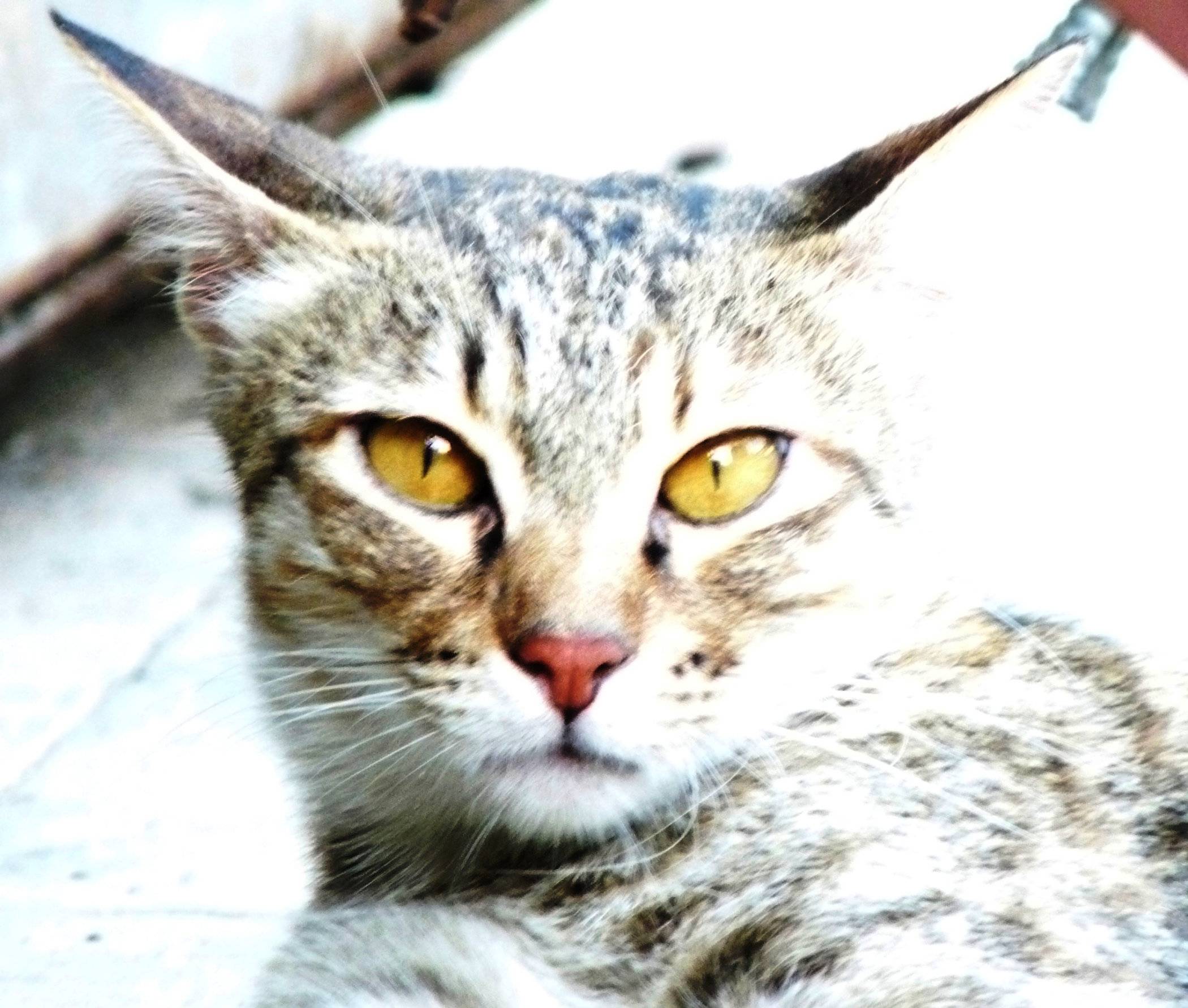 I went for my very first chemo carrying a heavy load in my favourite maroon handbag with its 10 pockets. Inside it was packed: cancer’s grey-green squeeze, Namby Pamby’s disheartening imbecility and the jealous, controlling,  matron at work, and the fear of losing my hair! It was a heavy packet lumbered with Decrease!

Both my doctors firmly told me I would lose hair and be prepared.  The wig was bought and ready to use. How could I ever have imagined this horror of a wig calmly squeezing into my life? What a dreadful Decrease that was.

But I also remember the Increase in that billowing, bejeweled carpet of blue and pink Morning Glories which seemed to have come down from some ethereal zone of kindness, and were growing thickly all along the mesh of some Government buildings on both sides of the road. Like cheerleaders, they took me almost all the way to the hospital and a powerful serenity wrapped itself gently around that scary day.

At 11 the chemotherapy began with a red medicine that was daunting enough without me having carried that   Bully’s unwholesome clinginess and competition at work with me which coursed through my heart more alarmingly than the red inside the drip! I badly needed a warm, kind and gentle friend at work for that time. But there was only her and a chilled disinterest in my darkening: worse there was a disagreeable power she got over me in my weakening…..and it burned me up during the chemotherapy.

I read short stories by Raymond Carver and then began an Inspector Jury murder mystery by Martha Grimes. Thanked God for the pleasure of reading and for my sister, or else that large, cumbersome presence towering over me at work, always detecting and commenting, might have made me crumble. She had become overpowering and overwhelming, or had I become more discerning now? 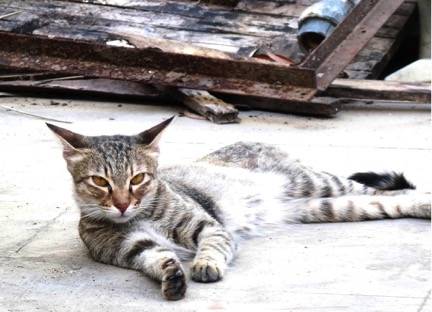 After the first chemotherapy, vanilla ice-cream and coffee, the glorious pink and blue morning glories took me home. I expected to see my hair fall down any minute and it didn’t! Instead of pink, green and white polka dots were growing near my fittonias and both cats welcomed me home with holy blinks!

After two days, I went to work and that sticky thread between the meddler and me began to unwind again….. She was all over my work, and her asinine incompetence dripped into the exhaustion I had been warned of, which came suddenly and clamped down on me like a truck! It was as if the entire building had crushed me and a giant roach or even worse, that tormenting Leprosy had crouched on my face! Even though it the trite twittering made me ache.

Work had become a once very nice chocolate cake that had gone bad somewhere at the top and I seemed to have fallen into the bitterest and sour dregs of it.

I was feeling ancient, bypassed and set aside. The work was still fun and I had a lot of freedom that comes from working with children but my other work had been gnawed at and special stories were carried without a byline, cutting me up. It feels like in my own corner I am safe and happy, but my best work is sitting inside Namby Pamby’s goatee beard being smoked away…

I still remember a story I did on turmeric being lauded by a reputed health organization, as good medicine for keeping cancer away, which Leprosy had lugged around in his dark grey-green camera bag perhaps for four heartless months, till it almost drowned. …..that amazing old vacuum cleaner had vacuumed away many a good story till my journals throbbed with fury, anger, and severe depression….

The Bully was like a heavy, over buttered but salted and peppered cake hard to digest. Helpful sometimes in an officious way, mostly irksome and there was a sly, connection between her and Namby Pamby like bitter lemon drops stuck in my mouth.

Today the chemo is hitting at me again and a huge waste of unseen cotton wool grabbed me and locked me up in some warehouse from hell… I felt unheard, unseen, uncaring and fearful. Today I really know the meaning of the word ‘’dread’’.

Should have listened to sis’s advice and not come to work.  Went home early and put on a CD of western classical music. Got into bed, after drinking a banana milkshake, my favourite recipe when some calamity stomps down on me.  The chemo had taken away my appetite. Feeling the cotton thicker and pounding even more inside my head and clueless about what to do, a  melody started up and began to enter the cotton screaming silently inside me. Bit by bit, this coaxing music took charge of me and the cottony brigade retreated. Within minutes I was fast asleep! My cancer’s lullaby had come to greet me and settled down forever inside me….

The next three days were hell as the cottony sinister mayhem hammered at me and I clung to that music desperately: as it held onto me tenderly.   It was The Pearl Fishers, by Bizet! It became my cancer’s most powerful custodian and sleeping pill alongside which a cool river angel sneaked into my chemo’s massive dungeon of dread apparitions.

The hum of office horridness was beginning to hit me just like the cottony dread, on the day I met Angel.  Old Namby Pamby was again beginning to resemble a never-ending monthly period that used to harass me years ago when the Rex Begonia became the silver sparkler of my garden. Plants have this way of sliding inside your important concerns and igniting intuition as you prune and nurture them. Plant talk is silent as a pond, and yet has the language of some kind of luminous sense that is hard to explain but pays high dividends to a numbing soul when human cacophony mounts. 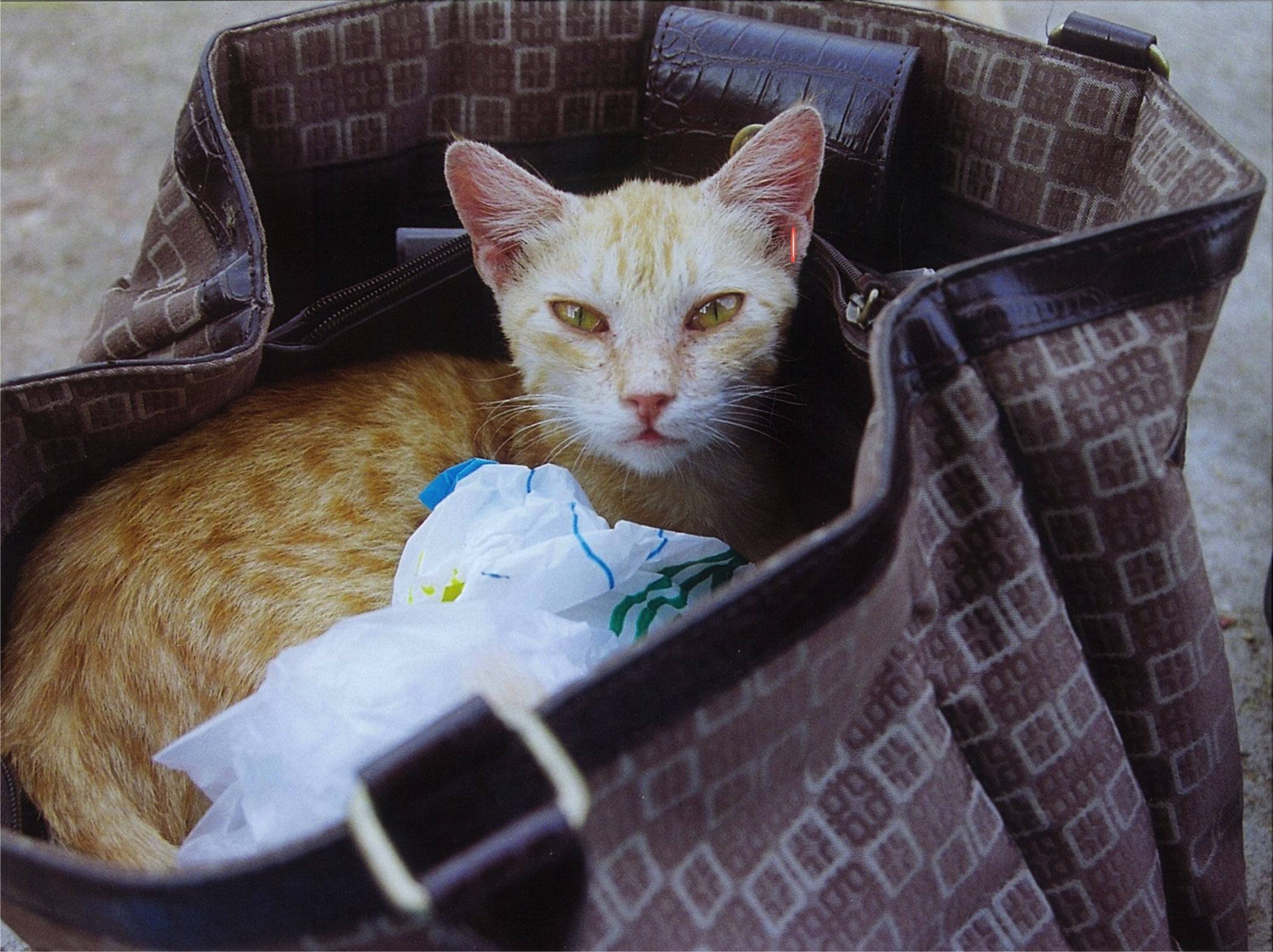 Namby Pamby sat on my special stories like a stingy woman using the same sanitary napkin for weeks till it stank. So it was easier to bear his biting, hard to understand and ludicrous envy as I tended a plant that is so silver spangled it decimated the old twerp’s slippery slime. As I dithered in a soup of everyday kind of regret and rage  I clambered up the stairwell to the higher terrace, the Bougainvillea Patch to meet the Bouncer Burnish and feel less ashamed for having come back without navigating my rights.  She at once padded around my legs, had her catnip and got inside my handbag for a nap. The others were on the lower terrace and we had the place to ourselves.

I sat down against the wall on the empty upper terrace to write inside my journal. As I wrote I felt I was being watched.

I looked up and saw a new cat, and for some reason felt she was wearing my sorrow’s grey ruff  and jaggery brown tints, somewhat similar to Mohanthal’s careless, carefree coffee-brown, grey-orange mosaic tunic, sitting all by herself inside a mound of broken household clutter of immense antiquity: boxes, chairs, crockery, a ravaged fridge, a crumpled oven, wooden shelves and very old microwaves.

She was about 20 feet away, stretched out comfortably under the evening sky, snug under a stained, old and rusted steel prong.  The late evening tea time sun looked down upon a  dark brown and grey fur-coated feline who seemed to have sneaked out of the cement floor of the terrace!

She investigated me thoroughly and lazily (just like that begonia and Spider Plant crusher who was older now and still sat in style) as I wrote about a tedious, blustery and horrendous old work villain and the plunderer of my work who had long ago given up active journalism and was hell-bent on making sure he would not let mine surface. I could almost smell his inferiority and jealous hatred slobbering over my greed to write again, as efficiently as I did before. I moaned to the Universe “it isn’t fair that old Namby Pamby  the windbag should trot out of journalism’s ramshackle hour, so soon after the Leprosy Camera Larder had retired!’’Tears were blotting the words when I felt a clear message coming from the watcher in the steel and aluminum wasteland. I looked up again and the cat blinked at me! As every cat lover knows, a blink from a cat is a smile straight from heaven.  The Bouncer snoozed on inside my bag. If there is a heaven around to look out for us, tender and kind, when we are in the throes of total helplessness against human scum, then this was my hour of having found it. Fitted up very plainly in coffee coated and ivy grey fur, she posted silent solace at me as the Stunner had done years ago. It unmistakably said to hold on, to sit still and just let go of everything for a while. 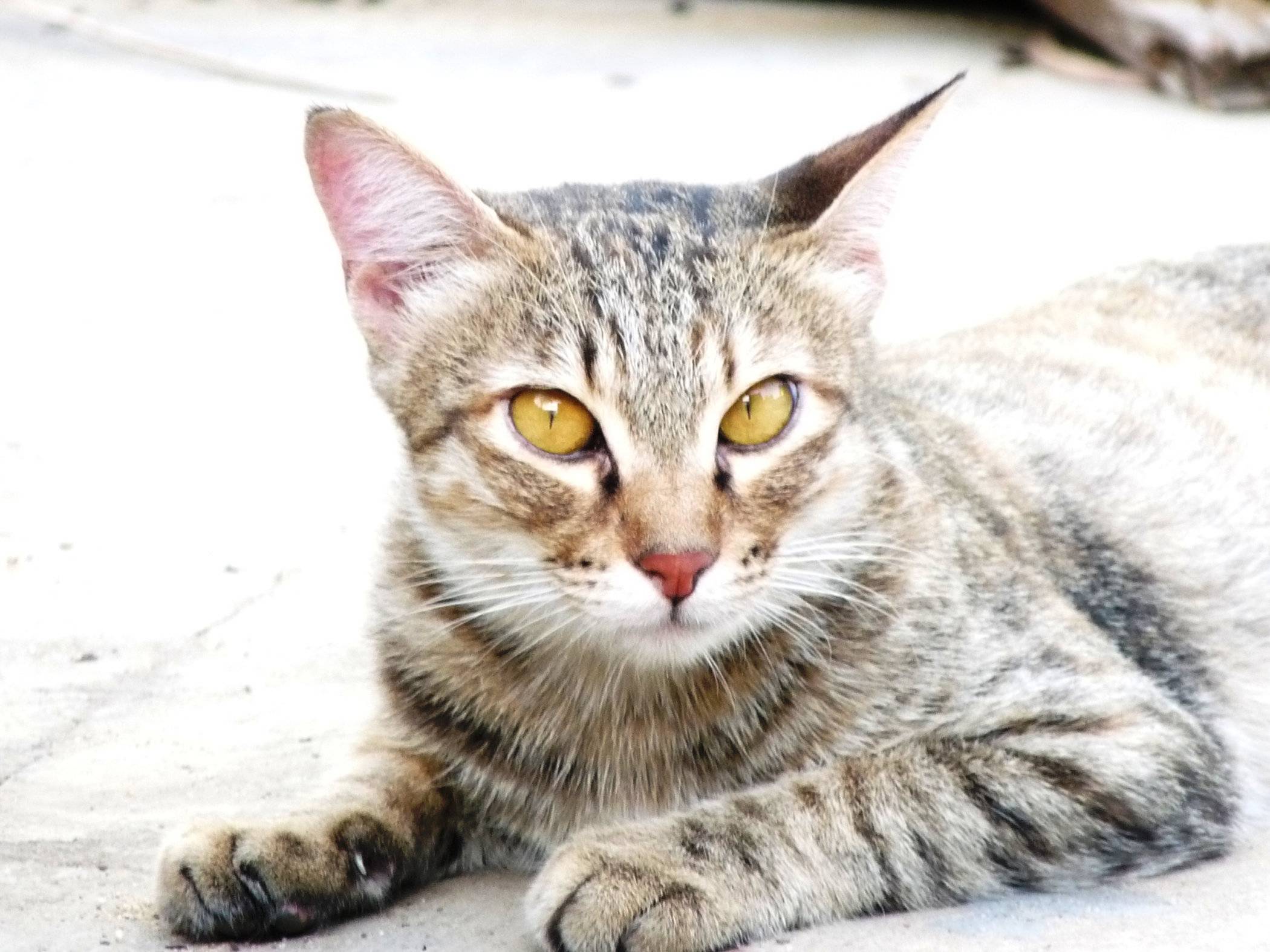 Many months later I listened to Vaughan Williams’ The Lark Ascending and felt the same mysterious power of music to listen and then to comfort us for the avalanche of evil that has stunned us.

As I wrote and wept and looked up, the silent cat blinked even more consolingly at me and as we spent the silent sun-blessed hour together, life had wooed me again.

I named the watcher who lived joyously inside kitchen rubble Angel (which seemed decidedly clichéd and trite later) but on that very baleful, awry evening, she had been just that – the angel who peeked out of a very cracked and crumbling sanctuary of kitchen calamities, to hold onto my faltering faith with her sleepy golden orbs.

As the evening sun ambled through the sky lazily I was shown the luminous treasury linked to falling down that a discarded and then adopted little shelter-cat held in her eyes.

While Mohanthal always hammered at my timidity or laziness to assert myself, Angel, that puzzling lurker in the kitchen wastage always seemed to be saying ‘’so what if the world is full of the crooked and the creepy? Even in the lowliest little garden, there is always space for a marigold to slink in. Angel had clearly arrived to always and unfailingly recommend oracle 52 (Keeping Still/Mountain) of the I Ching to me which advises you to still your heart. Do yoga or meditate! It is very good advise when you are overtaken by a tottering trash can of human thugs and bugs.

The time had come for me to learn about resignation and Angel appeared to have been sitting inside an old and derelict kitchen warehouse, waiting to blink that message across to me. We were both in the dribbling grey zone of dereliction with clutter as a company and it was very mystical…. 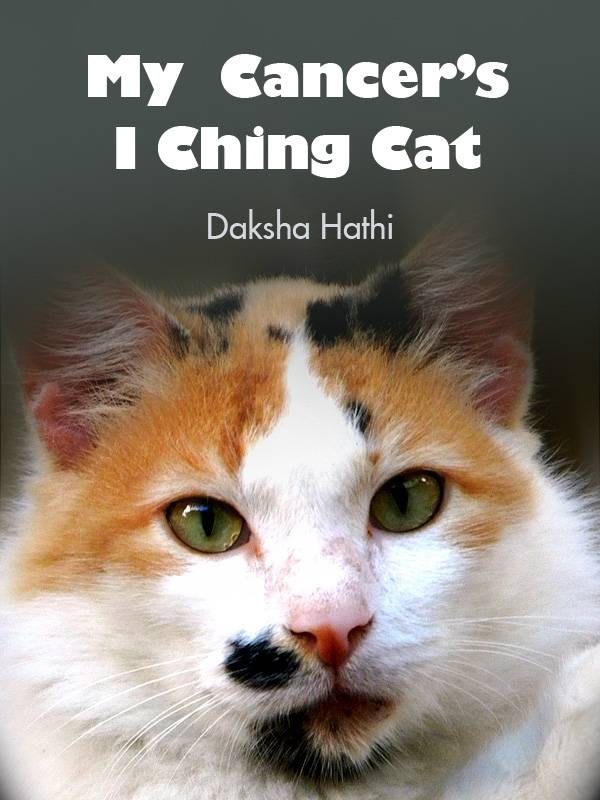