Here is story 3 about several cats in a cattery in Bangalore who helped me through my year of cancer treatment, many years ago!

Despite the malignant Namby Pamby and Leprosy, two soiled senior grotesques  who gave me a very worrying state of minor depression which lodged in my mind like a permanent slow but serpentine killer,   work had always been fun! 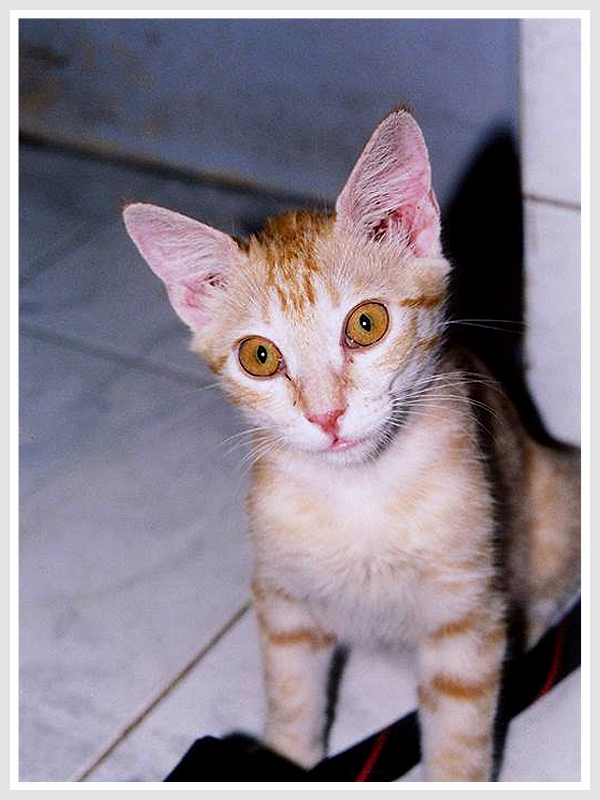 I had total freedom with a children’s supplement but my investigative journalism was shut tight inside N.P. Except for the roaches and the skunks that always breed in all offices,   the biggest temptation was that anchoring place, the colony of the Whiskers just behind the office!

I had fallen into the habit of learning to heed feline advice offered with purrs and very soft rubs against the skin, included free of cost: it is mysterious, affordable and addictive: and the teachers are downy as dahlias and often very clownish! So I decided to work.

I did not foresee that it would also be the beginning of my year of the Vanishing, from the sodden slippery territory that awaited me at work where I stumbled and slipped almost every single day and scampered to the Quilt.

Every hour trembled into the next one, and the cancer crashed into the time of my return and too late I realized that Namby Pamby had stalled my promotion all over again and I was dismally undermined in every way just like before. My pathetic powerlessness and his crocodile craftiness had cooked up a dreadful whistling curry that began to bubble over work! I put it aside, as cat-gardening began to climb over everything, each time it sneaked out of cancer’s red bag!

No workplace it appears can do without one or seven Namby Pambies. But I skirted around this bad shock of finding too much bluster and blubber in the place, telling myself I still had half my freedom, at least in my own supplement. And right now with cancer’s beady eye on me how could I worry too much about a Namby Pamby who had spiraled down over the years into a cabin crew snorer. He had hummed and hawed and rattled and tattled and naturally written less and squeaked more.

Being one of those obsessive types, always overstuffed with special stories and ideas, I even irritated myself sometimes! So Namby Pamby naturally could not stand the sight of me.  We have some unfinished business between us, to do with peremptory, unpleasant behaviour from him, my own inability to speak up, a lack of common courtesy from him, and too much of my work and power cut up like an old carpet and now this cancer eating up every word before I can speak it!

Even more dismaying is that very officious best friend of earlier times, who welcomed me back too gushingly. A sticky thread had begun to ooze out of her to me, to gum us both up as it began to wind itself around my concerns more than I wanted it to. I had just begun to realize how unpleasant it feels to be glued to a person. So when she promised me that we would together fight the cancer, this made me uneasy. It sounded officious and smug.

I left after coffee in the canteen with her, and reached Mohanthal’s Quilt by five in the evening crammed with that odiously brimming soup of sour currents poking out at work. Then as I stood by the pink bougainvillea bush I suddenly felt that soft, silent, warmth of a ginger-orange kitten winding around my feet. I looked down to discover the Bouncer was greeting me!  The Bouncer Burnish scrubbed the gurgling pudding’s mess away …….

6 thoughts on “My Cancer’s I Ching Cats! Part 3: The Bouncer”