Meet Dolly, a five year old moggy who defeated the odds. Dolly had a very tough start in life and had been through a couple of hell raising experiences at a very young age, including being put in a black bag and left in a bin in Birmingham city centre. She was found and taken into a caring, loving home by her new owners and became spoilt very quickly. She’s an incredibly clever girl and has an amazing personality.

Her vet advised her owners to get her a little soulmate and soon Charlie joined the family. He’s very much the man of the house and has changed Dolly’s temperament in so many ways. He’s a proper little gentleman and likes to make sure everyone is tucked up at night, before he cuddles up and sleeps next to his human.

Sadly, due to very poor health their owner has not be able to return home since a hospital admission in December 2017, however, they are both being very well looked after by his partner. They FaceTime regularly so he can keep in touch with both Dolly and Charlie. 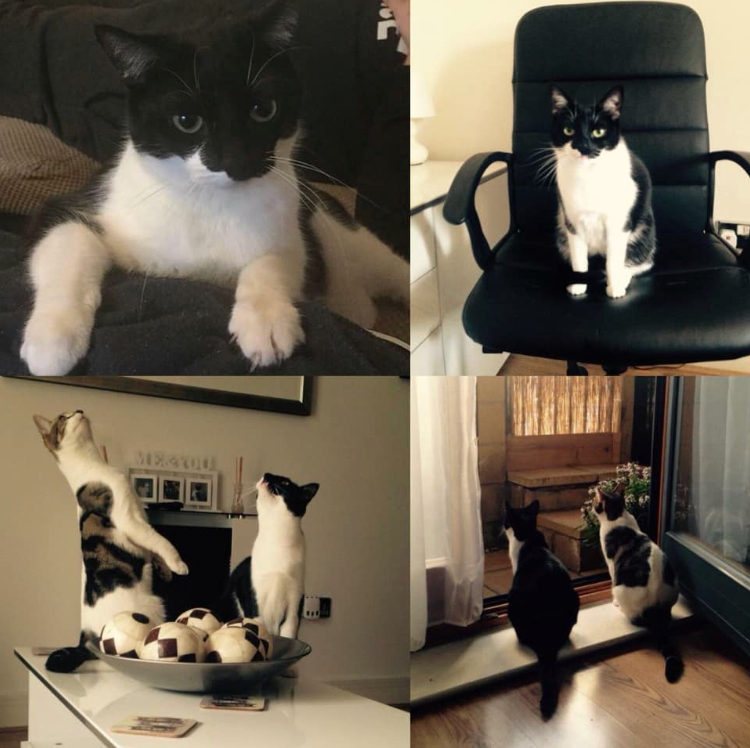 Story by Cats Of Birmingham

All cats featured on Cats Of Birmingham are real stories and images of cats living in the city. Images belong to the owners and permission is requested before they are featured.

8 thoughts on “Dolly, a Five Year old Moggy who Defeated the Odds”