‘Look Before you lock’ to Protect Curious Kitties

A plea for the public to check their sheds and garages for cats has been issued following a rise in the number of missing felines this summer.

Cats Protection is asking people to ‘look before you lock’ to avoid curious kitties becoming trapped after receiving a spike in missing cat reports during the last month.

The charity’s national information line handled almost 250 missing cat calls during July – a 60 per cent increase on the monthly average – and this is because cats are more likely to roam during warmer weather.

“The tendency for cats to wander further away from home when the weather is warm explains why there has been an increase in reports of missing cats during this years heatwave,” said Nicky Trevorrow, Cats Protection’s Behaviour Manager.

“They are notoriously curious creatures that like to investigate their surroundings and unfortunately this can result in them getting trapped in outbuildings. And because cats won’t always meow for attention if they are afraid, the risk is they go unnoticed so we’re asking people to have a really good check before locking up, particularly if you are aware of any cats missing in your area.”

Many owners sadly know the heart-break a missing pet can cause. When Molly Rayment’s cat Wispa went missing from her home in St Albans on 7 May, Molly feared the worst as it was very unlike the black-and-white moggy to be gone for more than a few hours. 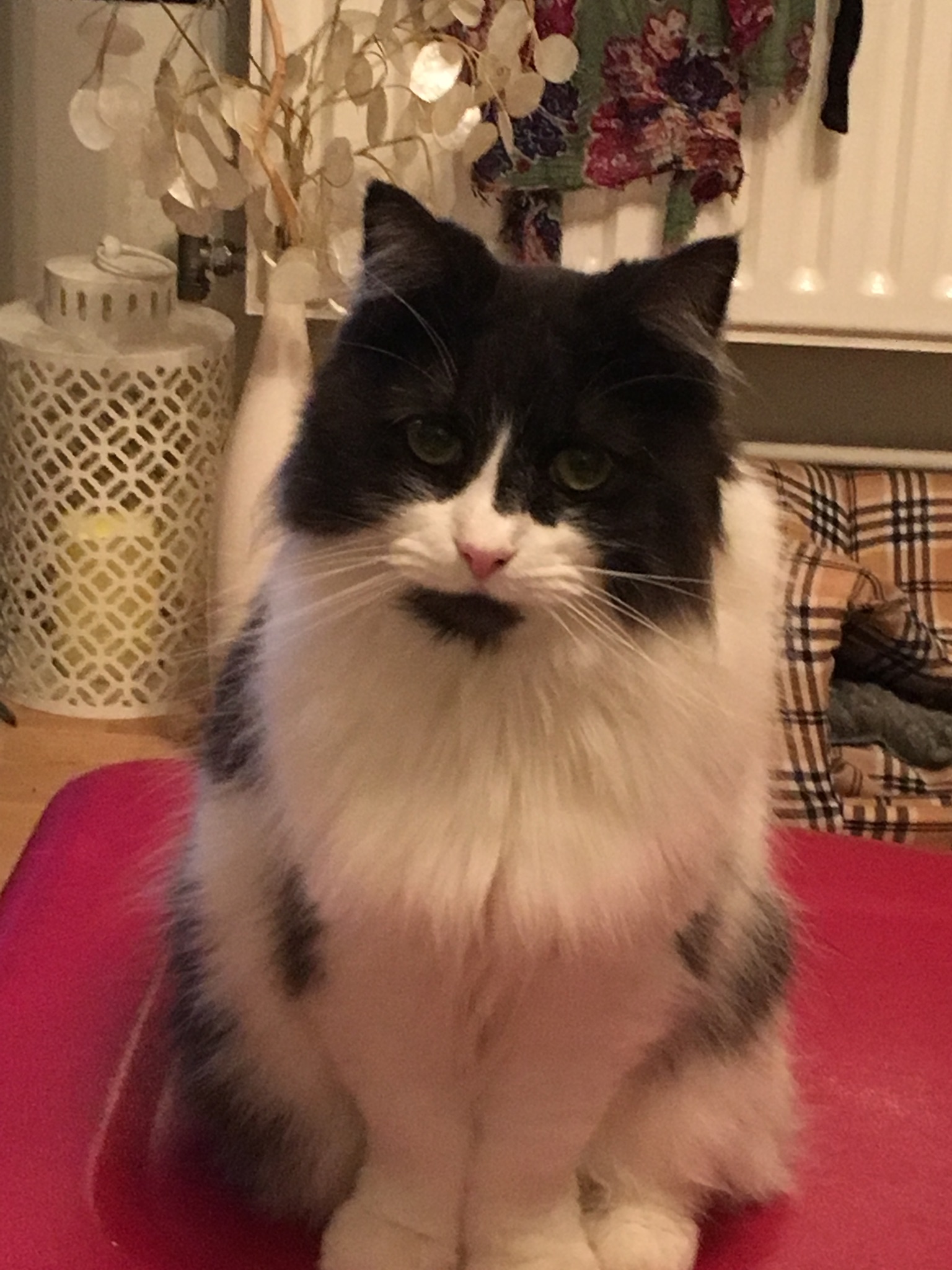 “She’s called Wispa because she doesn’t meow,” said Molly, “so I knew that if she was locked in anywhere she would have been very scared and wouldn’t be able to let people know she was there.”

Molly also contacted the local vets and even the local council in case they had found any dead cats. “It was very stressful but it was the not knowing that was the worst,” she said.

Then 20 days after she had last seen Wispa, Molly got a call from one of her neighbours to say they had found a cat in their garage and thought it was her missing moggy.

Molly went round immediately, and as soon as she opened the garage door, she knew it was Wispa inside. She was shocked by the terrible state she was in. “She was desperately dirty and thin. I think she must have been living off of rain water that had leaked in and maybe some insects or mice.” 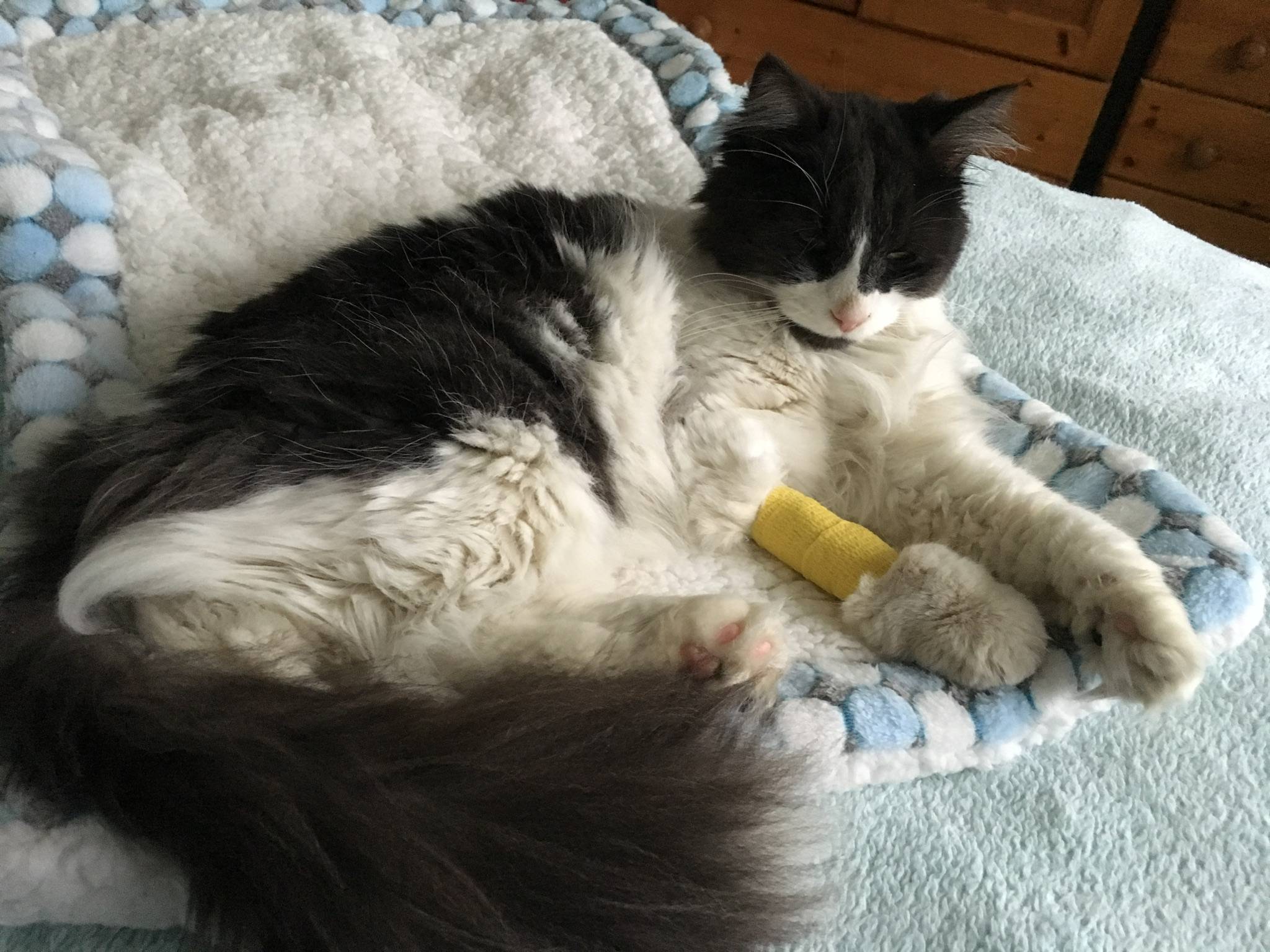 A trip to the vets revealed that Wispa weighed just 1.9kg – 2kg less than her normal healthy weight – and the vet said she wouldn’t have survived another couple of days. She was initially put on a drip and then over the following weeks Molly had to be careful to feed her only small amounts every few hours.

Thankfully, Wispa is now almost back to her regular weight and is enjoying lots of fuss and cuddles.

More information and advice about Cats Protection’s #LookBeforeYouLock campaign, including a handy door hanger that can be used to remind people to look carefully before locking up, can be found here: www.cats.org.uk/check-your-shed

11 thoughts on “‘Look Before you lock’ to Protect Curious Kitties”