What’s not to love about a mouse in a block of cheese?! And what’s even better: there are two mice inside this Frolicat® CHEESE™ Automatic Cat Teaser! The mice play a game of peek-a-boo with your cat. What I love is that the mice don’t take turns when appearing form the cheese: you never know which mouse is going to come out next! 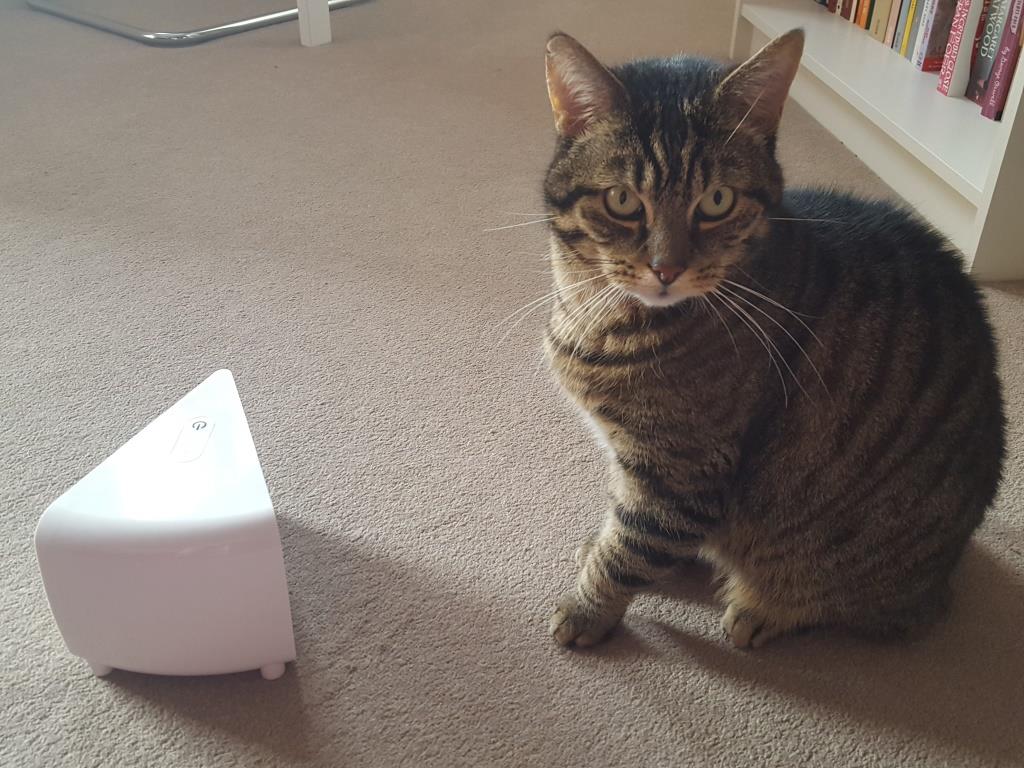 I took a while for Dirk to actually start playing with it. He was curious about it and sat looking at it whenever I switched it on, but for a while that was all he did.  Maybe he was trying to figure out a logic to the mice popping out…? Sometimes he checks both sides of the cheese to see if the mouse is there, but more often he stays on one side and tries to pounce the mouse that appears on that side. I can imagine kittens really going for it and trying to pounce both mice.

Normally, Dirk eats his dinner when we’re having ours. Lately though he’s sitting next to the table staring at me and he honestly wants me to put down the cheese block and switch it on! You can imagine my surprise 🙂

This peek-a-boo cheese has another great feature: it has a “play-while-you-are-away” mode. This means you can leave the toy out on the floor for the cat to play with during the day. In this mode your cat has 3 play sessions of 10-15 minutes spread over 4.5 hours. If you have a very playful kitten, I think they will love this. Kittens are very curious and leaving them alone for a longer time means they can get a little bored (more so than mature cats). The “play-while-you-are-away” mode helps keep them entertained at regular intervals. The toy will switch off after a session, so your cat won’t go entirely mad chasing the mice. I’ve used this mode – although I have no idea whether or not Dirk actually played with the cheese while he was home alone. 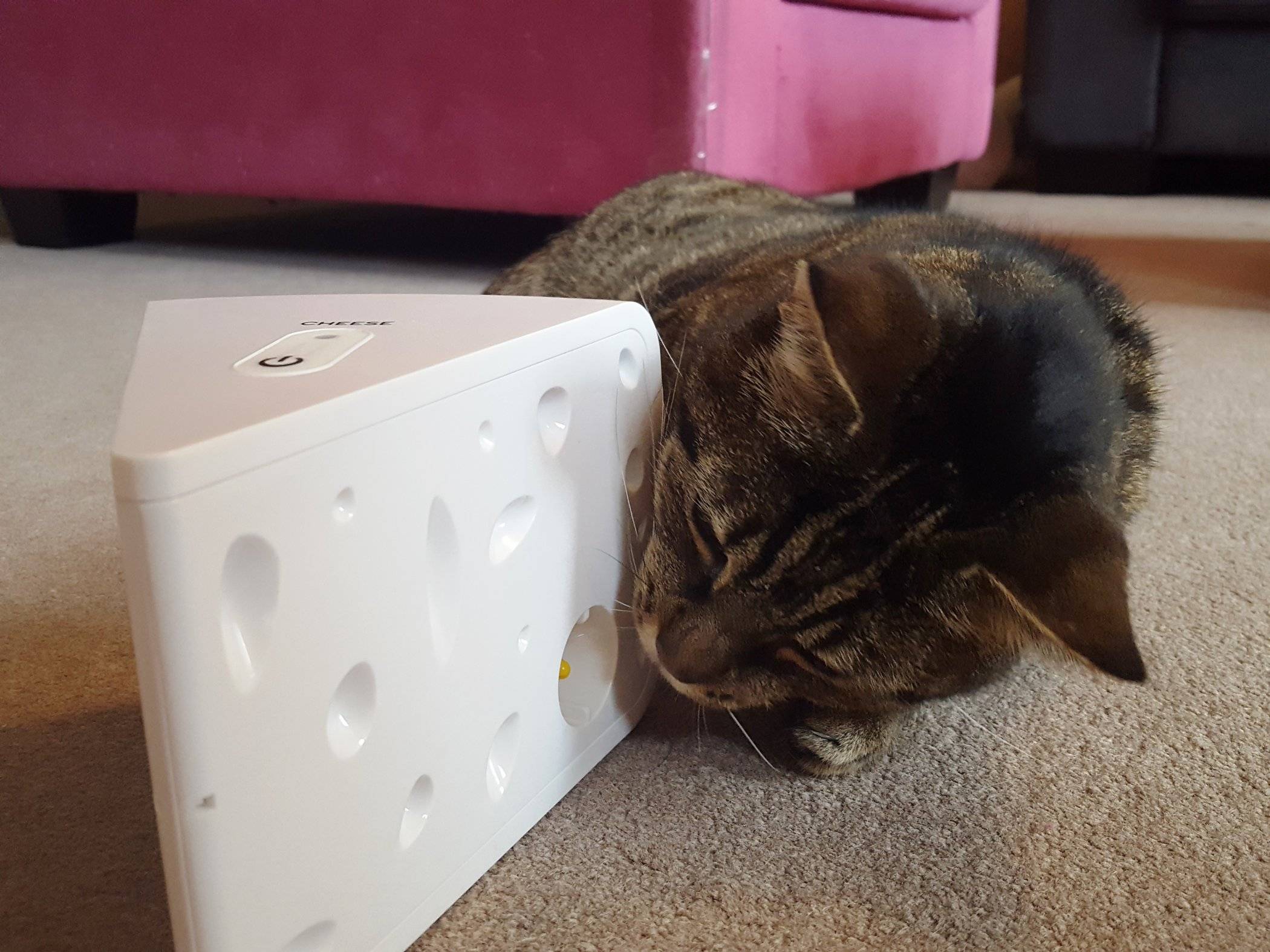 Where did it go?

If you don’t particularly like mice or cheese or are not sure your cat will like it, have a look at the other PetSafe FroliCat toys. I’m rather curious about the fox den toy and I think Dirk will like it. They also have a rotating pounce toy with unpredictable movements which I think will appeal to cats that like the ‘ball in a roller track’ type of toys. 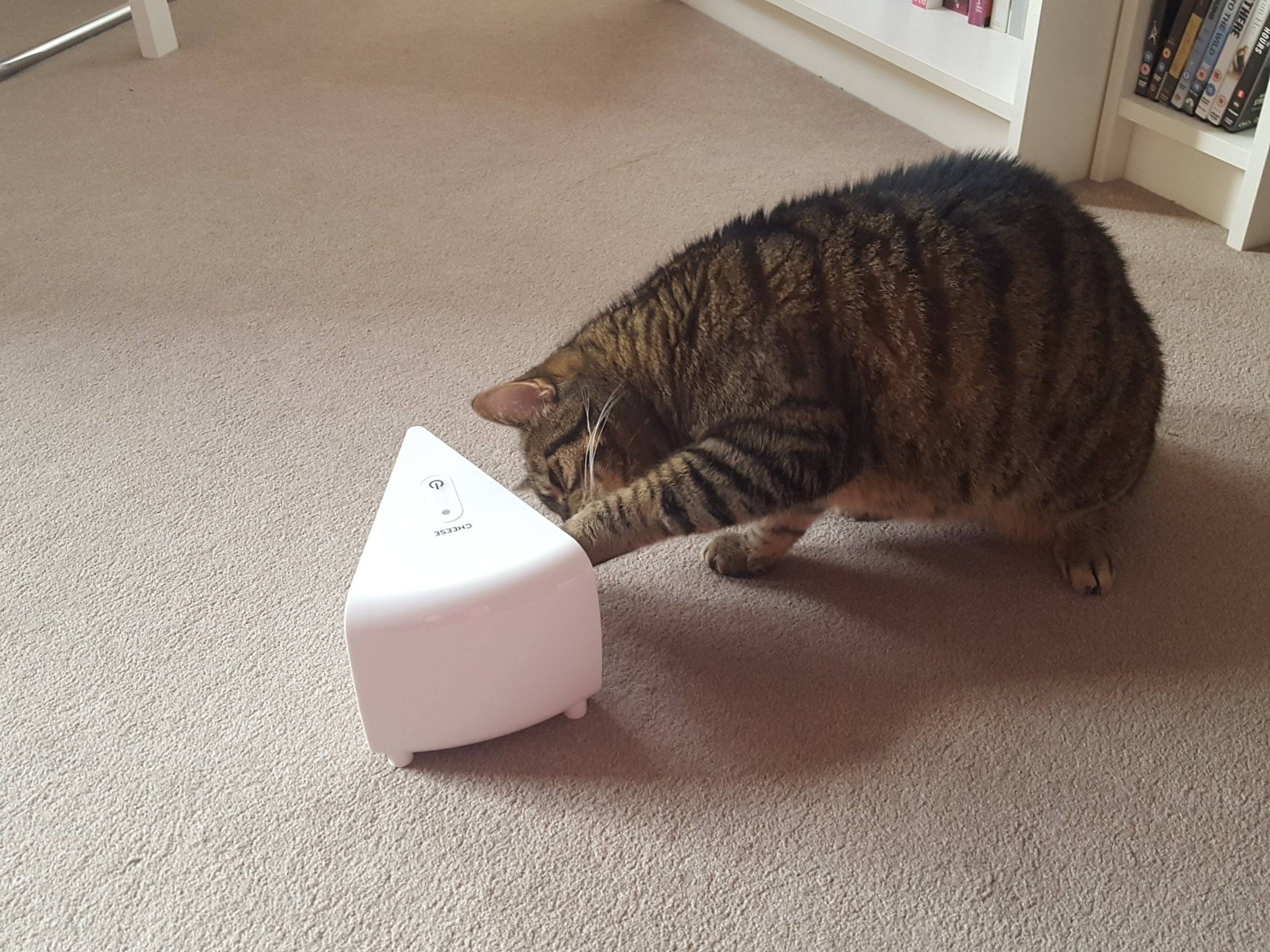