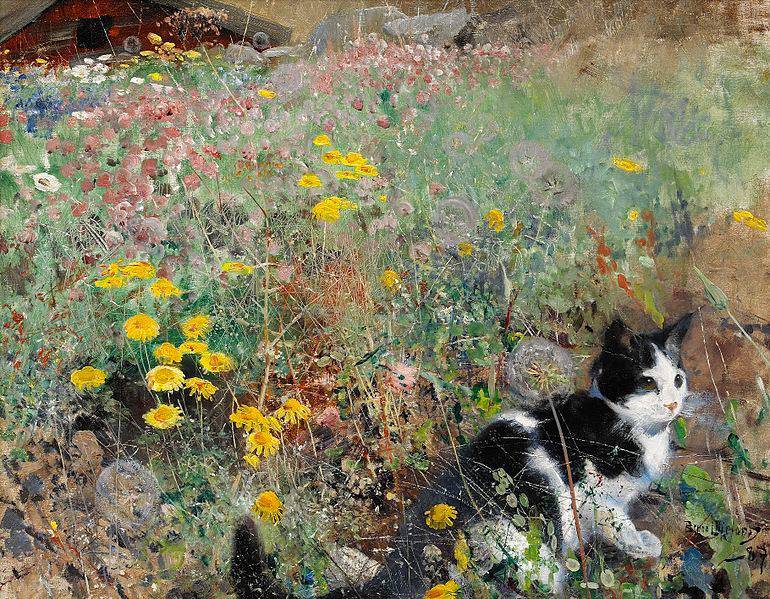 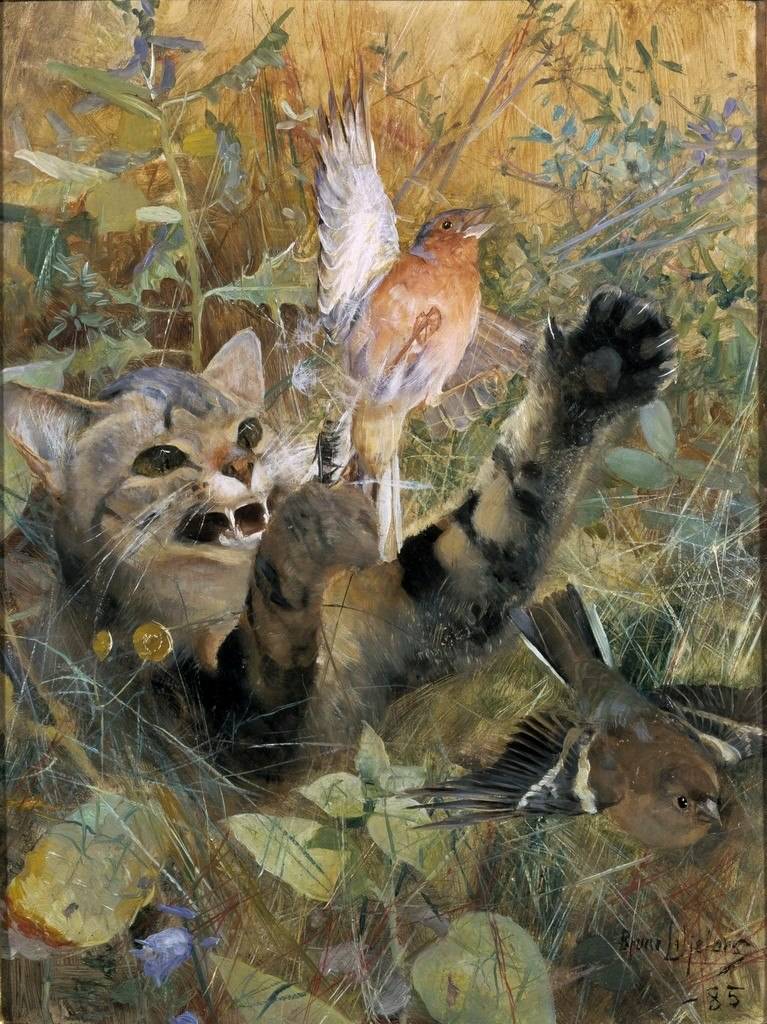 As creatures of hearth and home, cats are generally depicted in domestic surroundings rather than in the open air as part of the natural environment.  But Liljefors was a wildlife artist, and “A Cat and a Chaffinch” looks as though it was a wildlife study.  The painter captured the animals of his native Sweden: elk, foxes, deer, hares, eagles and other birds, often in the act of hunting.  Here the cat is camouflaged, fangs bared and claws extended, as it leaves the undergrowth to pounce.  The cat was actually the artist’s own, Jeppe, which he brought home from a holiday.  He loved the cat’s coat and his dark paw pads, which he likened to coffee beans. 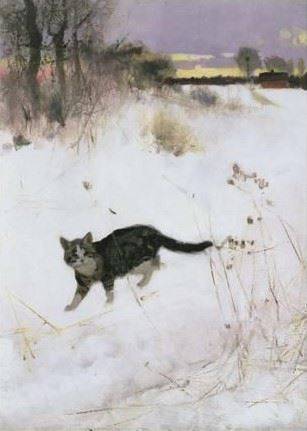 This is one of my favourite cat pictures.  Jeppe braves the Swedish winter in the snow.  The picture’s unified palette skilfully suggests that the cat, with its tabby and white markings, is in harmony with the land and the trees.  This is underlined as well by the animal’s alert attitude – here it is a wild animal on the prowl. 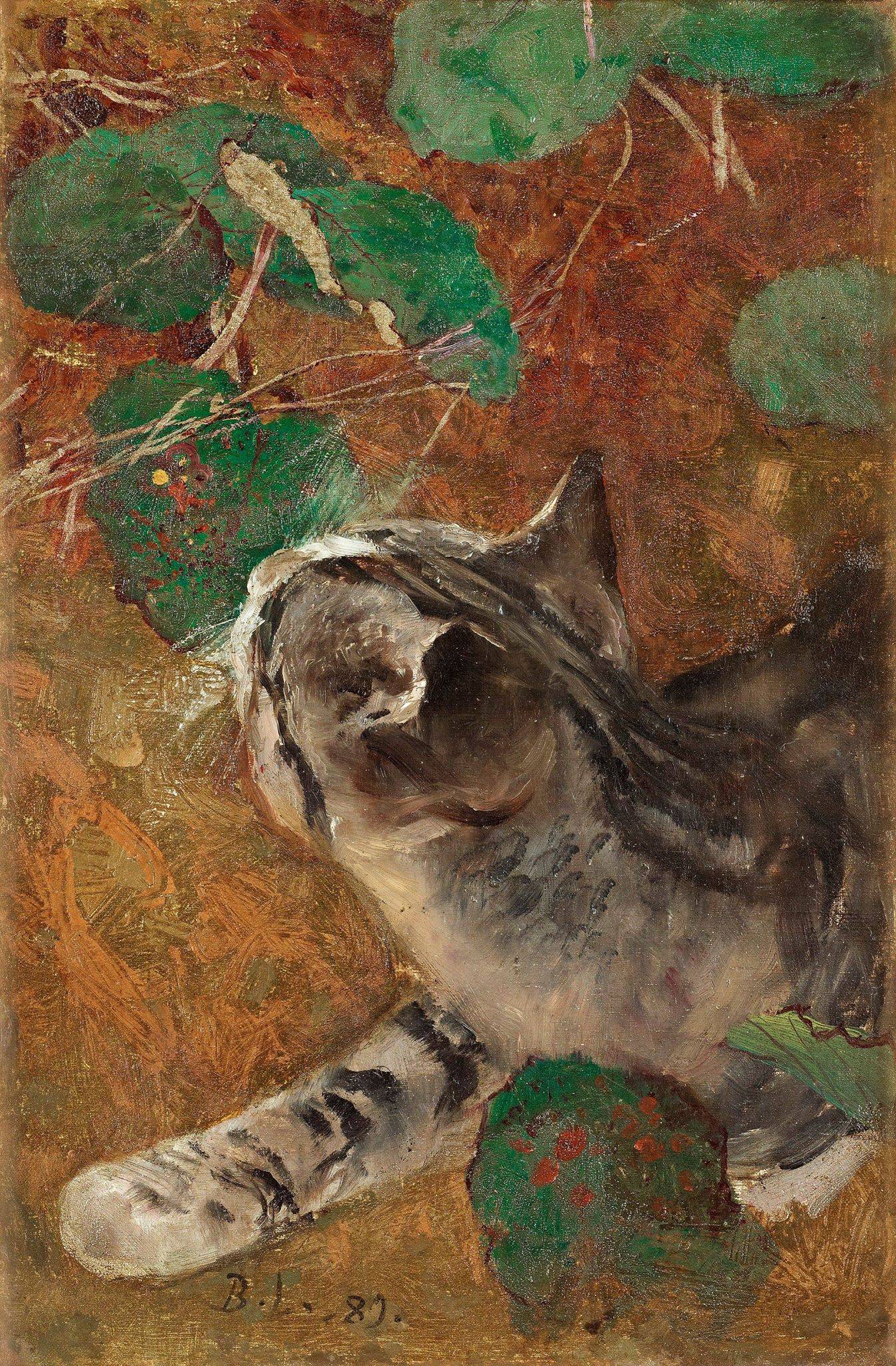 “Cat stalking a mouse over the snow” 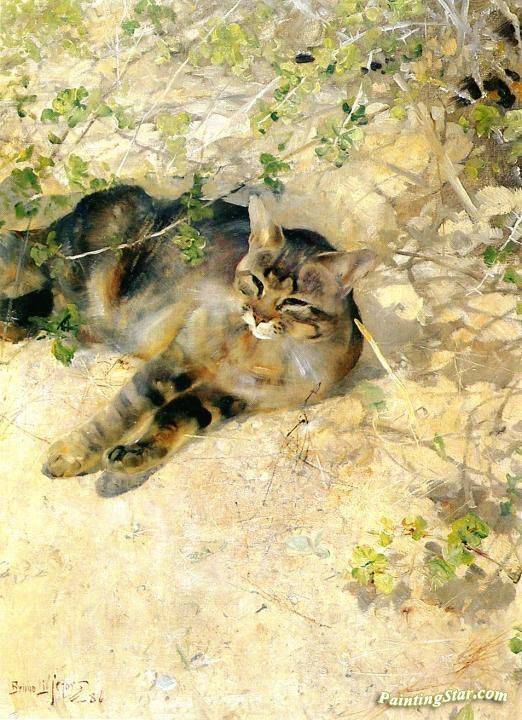 Bruno Liljefors was a Swedish artist widely regarded as one of the most important wildlife painters of the 19th century. His depictions of birds in particular are considered iconic for their groundbreaking combination of Impressionistic brushstrokes and carefully observed realism. Often painting from life, Liljefors kept many live animals in an enclosure at his home to use as models, including foxes, an eagle, and hares. His 1908 painting, Winter Hare, featuring a lifelike rendering of a hare bounding through the snow, is one of his best-known works. Born on May 14, 1860 in Uppsala, Sweden into a poor family, his talent for drawing was recognized by an early age, with local shopkeepers reportedly giving the boy art materials in support. He went on to study at the Royal Swedish Academy of Arts in Stockholm, and later also produced sequential picture narratives, which are seen as examples of the earliest form of Swedish comic books. During the late 1890s, he exhibited at the prestigious Paris Salon. He died on December 18, 1939 in Stockholm, Sweden.