A few years ago I was close friends with two ladies, Linda and Natalie, who lived in the next street to me. They originally came from the South and decided to return there when they retired. Although we exchanged Christmas cards and they had visited once, I had heard little of them since they left. The last news I had had was that they had been involved in a car crash and, though, mercifully they had escaped major injuries, their car was a write-off.

Out of the blue, I received a Facebook message from Linda telling me about a cat belonging to a relative of theirs who had reached a remarkable age. I replied thanking her for the photo and telling her about my plans to adopt a cat from Greece and my problem of collecting it from Maidstone in Kent.

I was amazed by her reply. “That is wonderful about your Greek cat. Natalie and I live near Maidstone and we would be happy to collect him for you on the 19th. We have a new car now. We will book hotel reservations and catch up with old friends while we are in the area.”

I was delighted to hear this wonderful news, later confirmed with a phone call from Linda. When I informed Joan at God’s Little People Cat Rescue she was equally delighted. Her charity had managed to raise most of the money for Filipos’ travel fees. I was expected to pay only what I could afford.

It seemed everything was now ready for Filipos’ arrival. I had bought a larger cat tree and an extra bed when I’d hoped to have Fanta and I’d taken out insurance in case Filipos arrived suffering from any unforeseen health problems.

A few days later, I sent my usual daily message to Sofia ,asking how Filipos was. I was shocked to receive the reply, “The vet has taken him away to a new foster mother.”

I was upset. I had grown accustomed to hearing about Filipos and Sofia had become my friend. I wondered whatever was happening to my little Greek kitten. I sent a Facebook message to the vet.

He quickly replied “Filipos is beginning his journey and is now in Athens with a lady called Maria. I will send you her details .” 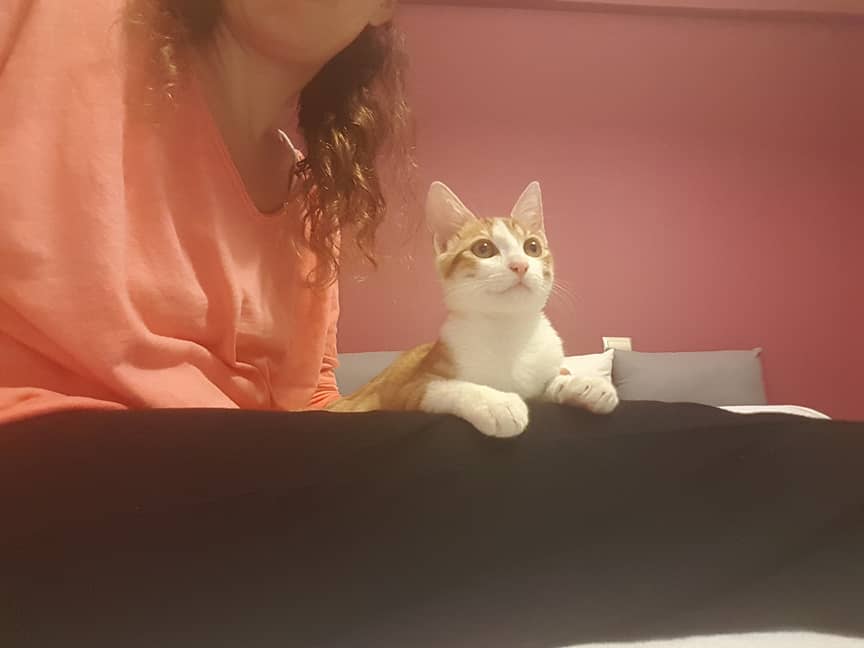 Maria proved to be very friendly and set up a message thread for her and the vet so I could easily contact them both. I was thrilled to learn that she had a cat. I had been worried how Filipos would react to other cats after months without seeing any. She sent me little videos almost daily of Filipos playing. I became rather concerned about her reports of his character,though. Whereas Sofia had assured me that Filipos was affectionate and cuddly, Maria told me he was naughty and playful and hardly ever kept still. I already had one cat like that, and though I love Reuben, one naughty cat is quite enough! Also, as Filipos grew, he looked less pretty than in the video I had fallen in love with.

What if the friends who were so against me having a Greek cat were right and I was letting myself in for some sort of wild cat who showed me no affection and disliked my other cats? I knew Filipos was very traumatised when he had first been rescued. Could a former feral kitten really become a loving and friendly house cat?

I had promised to adopt Filipos, though and was committed to keeping that promise whatever doubts and uncertainties I might be experiencing.

I was heartened,though by reports that Filipos got on well with Maria’s cat and that he slept on her little daughter’s bed. Joan also assured me that she had many former ferals, such as Fanta, who were now the sweetest and most loving cats one could wish for.

The courier firm sent me a form to fill in for the border authorities. However, they also wanted some form of photo ID, which I was unable to provide as I have neither a driving licence nor a passport. I sent a photo and a utility bill, which the courier accepted as proof of ID for them, but said they would have to work something out to satisfy the authorities. 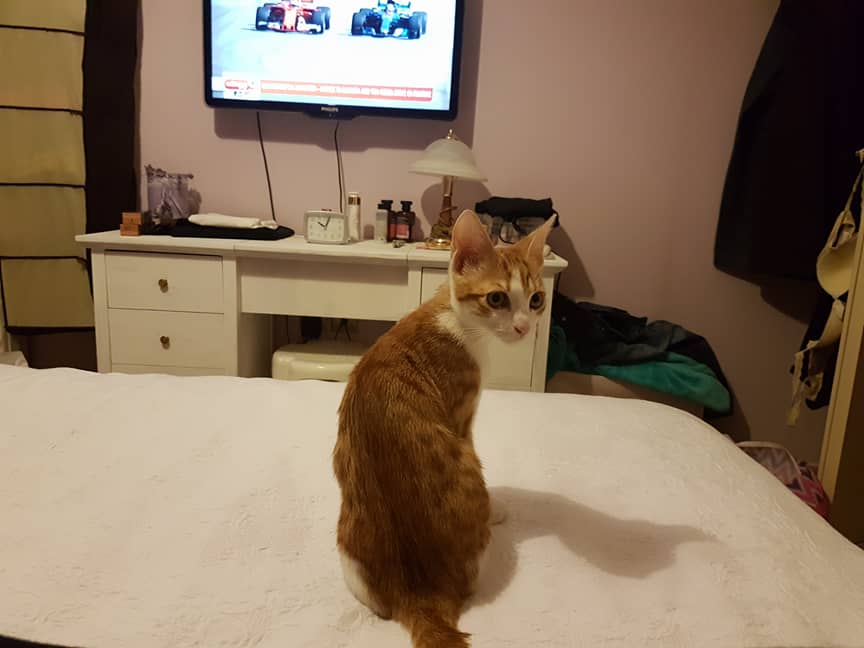 I felt rather anxious but knew I must trust them to know best. It was now November and I was counting the days until Filipos’ arrival. My supportive friends were almost as excited as I was.

Then a message arrived from Joan. The courier had just heard that the Channel Tunnel would be closed for repairs on November 19th. Filipos would not be able to come until the 21st and all the arrangements were in jeopardy. As Joan said, it were as if fate was conspiring against me having a Greek cat.

Guest Star: The Finding of Filipos

6 thoughts on “Preparing for Filipos”