Today I have a chance to combine two of my great passions in life. Cats and video games! Yes I love my video games and used to work in the video game industry a number of years ago. So when the Drunk Robot Games studio contacted me about their quirky cat themed game A Purrtato Tail I was most delighted to look at it!

The characters in this game are all based on cats even if they are veggie cats. 😉

I simply couldn’t resist including a few of the cat photos on which some of the characters are based such as the tweet below that shows Queen Pixel’s real life counterpart. 🙂

The game is set to release in early 2019 and will be available for Steam, itch.io, PlayStation 4, PlayStation Vita, Xbox One. And all of us here at Katzenworld HQ simply can’t wait to get our hands on it.

Once released we will make sure to get our hands on a copy of it to give you some of our own ingame footage / what we thought about the game but in the meantime please find below details from the development studio as well as a launch trailer:

Comedic and filled with character and cats, A Purrtato Tail places the player in the paws of Queen Pixel – leader of the potato cats. Whiskered whispers speak about a race of mysterious bioluminescent creatures whom thrive in the dark, appearing across the Isle of Moar. The existence of the Nightshades proves to be real when they burst forth from the shadows, igniting their secret plan by kidnapping Queen Pixel’s most trusted adviser – the Elderstar. The Queen of Purrtatoes must now venture into the world, navigating treacherous pits by collecting characters, connecting them together to form bridges and ledges. She must solve puzzles within the world itself by utilizing the unique abilities of each character, fight Nightshades with her sharpened claws, and discover the foul secret of the Nightshades’ dark plan. 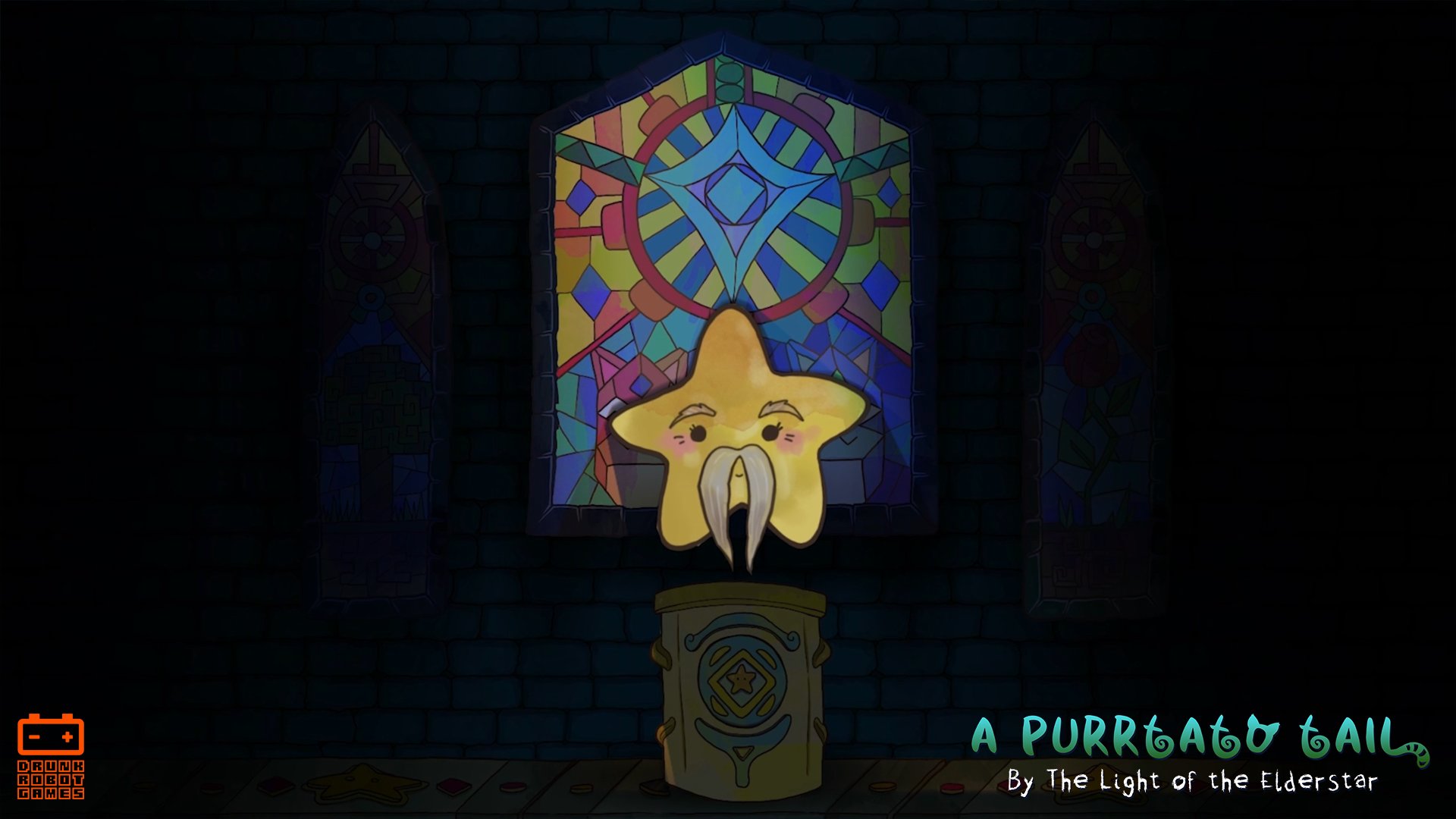 A Purrtato Tail was first envisioned in early 2016 as a stage-based puzzle game. After initial playtesting, we quickly found adding a playable character to interact with the gamepieces made the title that much more fun, and opened the doors to turn it into a Metroidvania. Over two years in the making, A Purrtato Tail is now an exciting and anticipated product that combines action, adventure, exploration, collecting and a JRPG inspired story.