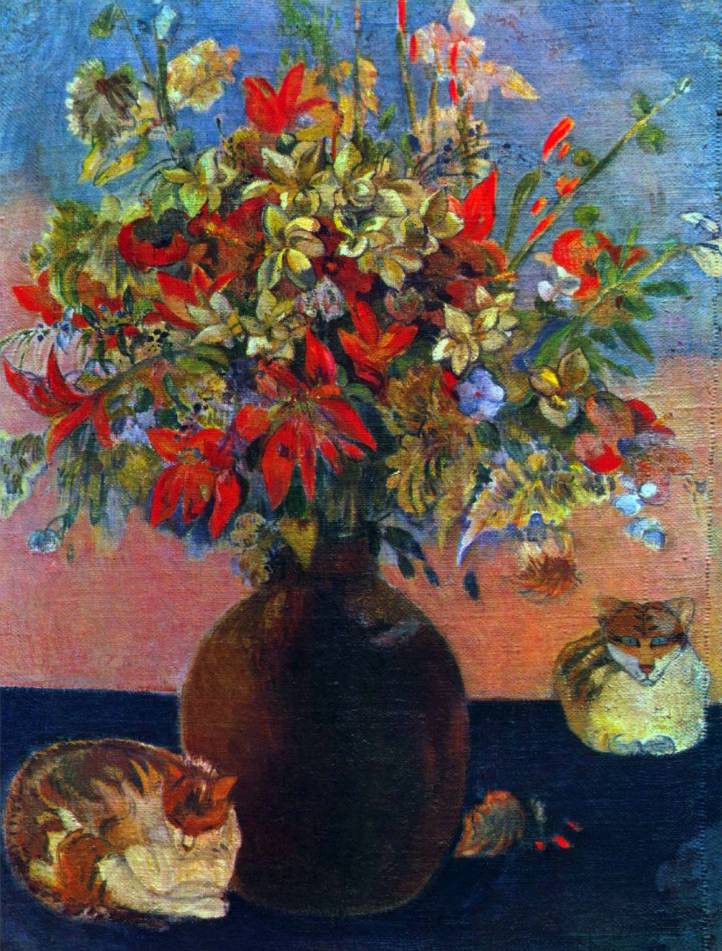 Paul Gauguin, born in Paris with a Peruvian mother, was a painter, printmaker and sculptor.  He sought a “primitive” expression of spiritual and emotional states in his work.

Gauguin met Camille Pissarro about 1874 and began to study under the supportive older artist.  In 1880 he was included in the fifth Impressionist exhibition, an invitation that was repeated in 1881 and 1882.  During this period he also entered a social circle of avant-garde artists that included Manet, Degas and Renoir.

Gauguin participated in the eighth and final Impressionist exhibition in 1886, but his work was rather overshadowed by Seurat’s enormous “A Sunday on La Grand Jatte- 1884” !

He spent some time making ceramics in Pont-Aven in Brittany, but after a harsh winter there, he sailed to Martinique, and later Tahiti, intending to “live like a savage.” His painting here shows his increasing departure from Impressionist technique, as he was now working with blocks of colour in large, unmodulated planes.  He now wanted a more direct expression in his painting, with broad colour planes, clear outlines, and simplified forms.  Gauguin coined the term “Synthetism” to describe his style during this period, referring to the synthesis of his paintings’ formal elements with the idea or emotion they conveyed.  This has also been called “Cloisonnism” due to the paint shapes being surrounded by dark contours.

Gauguin died in 1901.  Public recognition of his talent came posthumously with an exhibition of his work in Paris in 1906. 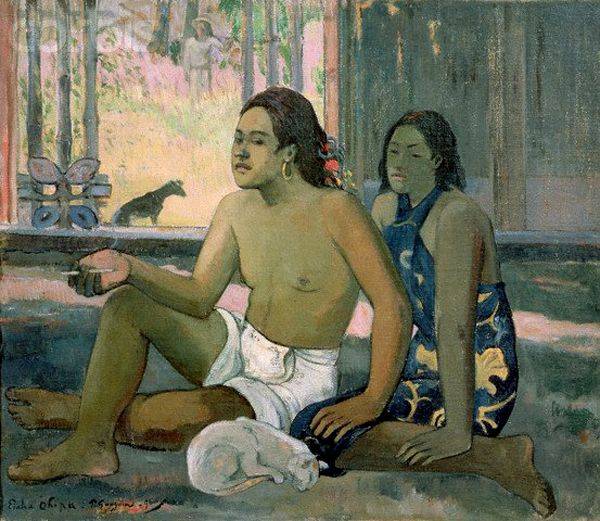 Two Tahitians relishing their leisure, smoking.  The sleepy cat here contrasts with the alert dog in the doorway.  The title may imply the contrast between the easy-going Tahitian way of life (like the cat’s) against the Western work ethic ! 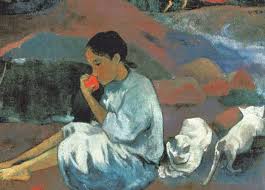 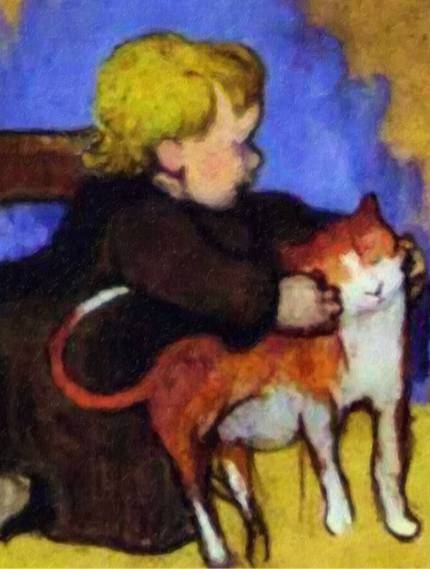 “Mimi and son chat (Mimi and her cat)” 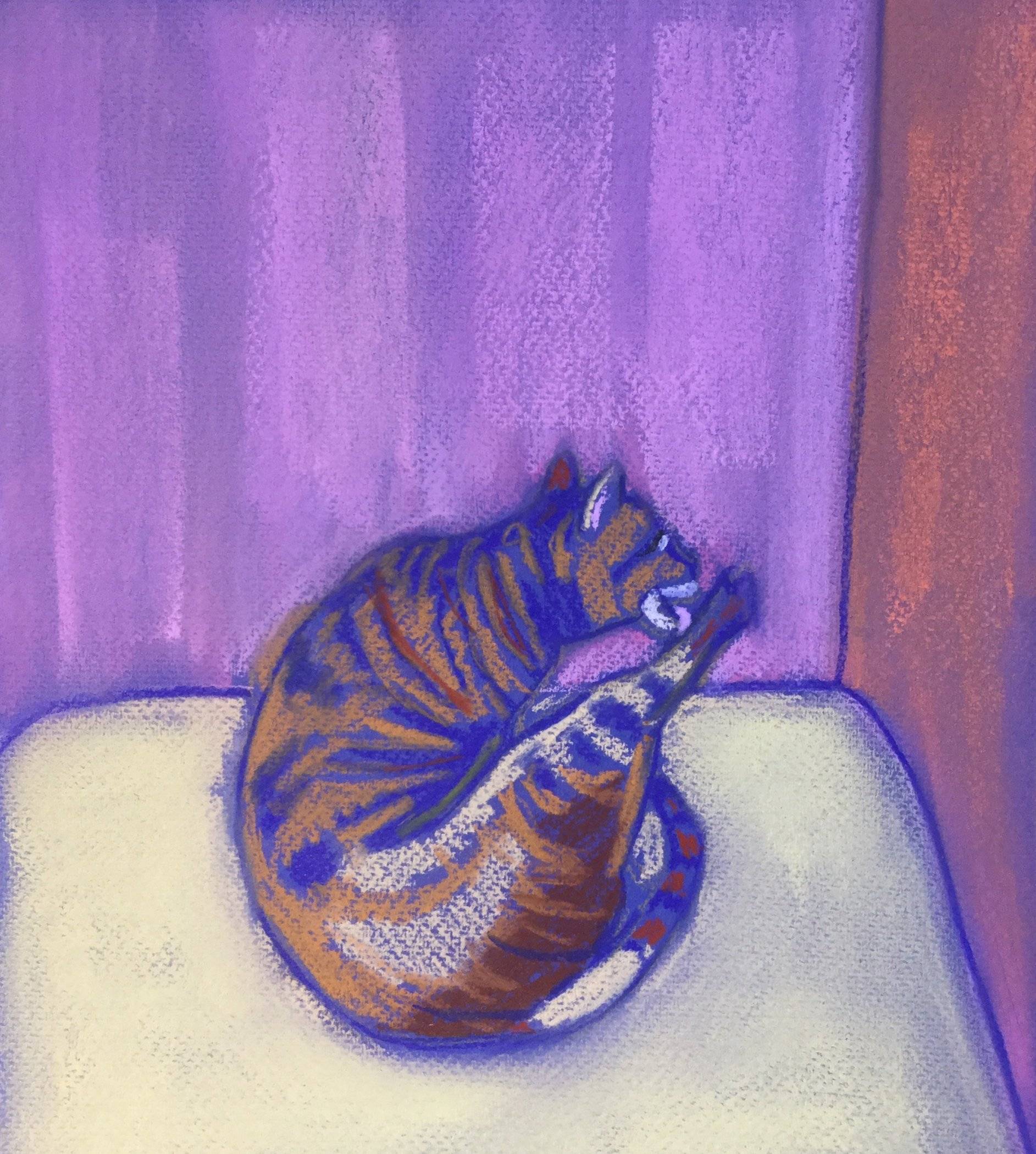 My cat washing itself was created in soft pastels on blue paper, inspired by Gauguin’s colour palette and his habit of surrounding subjects in blue.