I couldn’t fit even a fraction of some of the fascinating folktales about cats into my last post, so here’s a second helping! In the UK alone there are dozens of superstitions about cats. In Suffolk, cats’ eyes are said to dilate and contract with the ebb and flow of the tide, while in Scarborough, black cats were kept by the families of sailors, to ensure their loved ones were safe on the open sea. Here’s a selection of cat lore from all over the world. 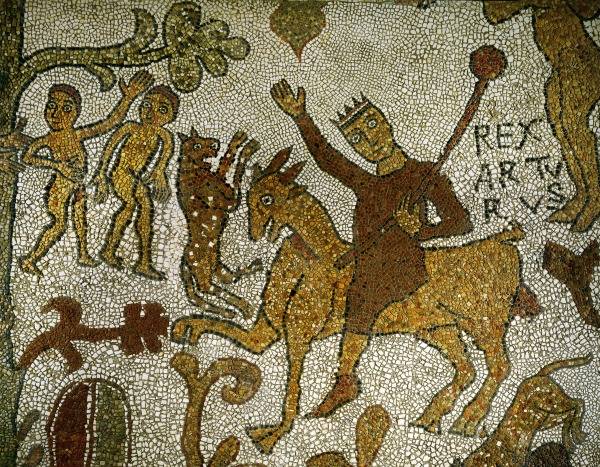 In Welsh and French folklore, Cath Palug or the Palug Cat (possibly meaning “scratching cat”) is a monstrous cat that, according to legend, stalked the Isle of Anglesey. When Sir Kay eventually went to do battle with it, when it killed nine score – 180 – of his men! In French, the Palug Cat is known as Chapalu (perhaps from “bog cat”) and is thought to have fought with King Arthur himself. Over the years, Chapalu was used as a tool to separate the Arthurian myths of England and France. One particularly comic rendition sees Chapalu kicking Arthur into a bog, before swimming to England to take his place as king… 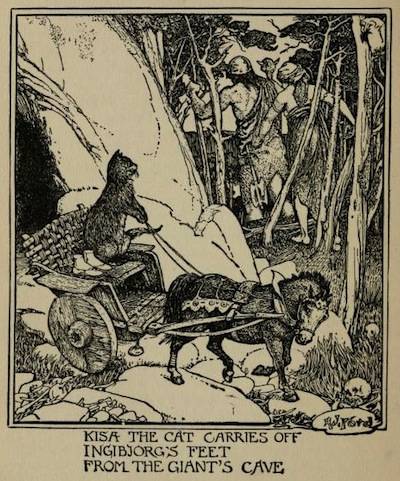 This Icelandic tale begins with a Queen who has a beloved cat, but is sad because, while the cat has a kitten, she has no baby of her own. Seeing the queen’s sorrow, the cat goes to consult with the faeries, and soon, the Queen has a daughter. The princess Ingibjorg and the kitten, Kisa, are best friends, until one day, the kitten disappears without a trace. Many years later, Ingibjorg hears a voice calling to her from the forest, and sees a cat who claims that she is Kisa. When Ingibjorg returns to look for her again the next day, she is kidnapped by giants, who cut off her feet. Kisa hears her cries and determines to rescue Ingibjorg by sneaking into the giants’ lair and pouring salt into their broth. When they become thirsty and go to the river to drink, she steals back Ingibjorg’s feet, re-attaches them, and the pair flee to the castle.

Later, it is revealed that Kisa has been a human princess all along, but was enchanted, along with her mother, into the form of a cat until she could carry out a kind deed that had never been done before. 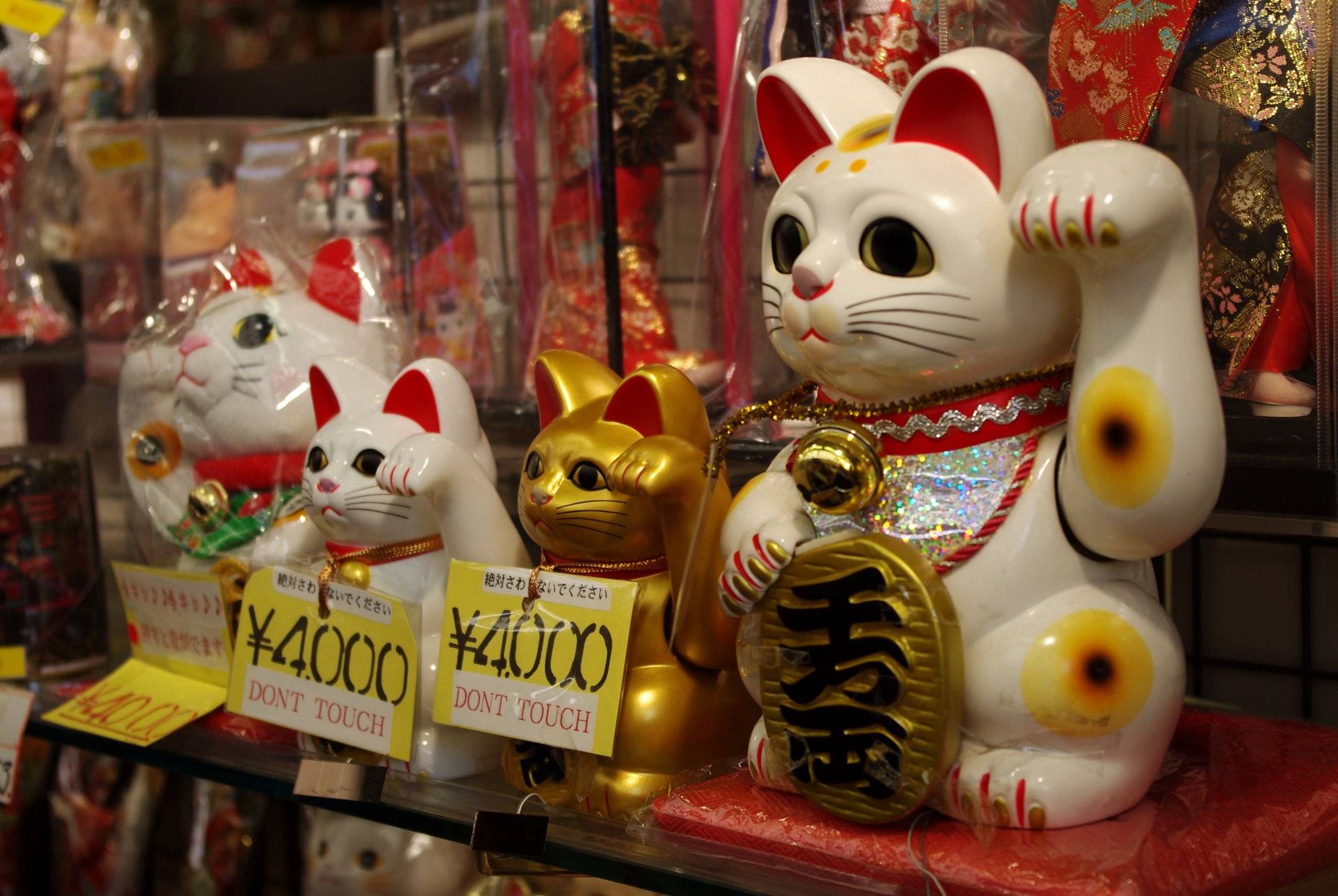 Literally meaning “beckoning cat”, everybody knows and loves the  Japanese maneki-neko. Its raised paw is thought to call good luck, wealth and prosperity. Apparently originating during the Edo period, there are many stories about how the maneki-neko first appeared. One tells of a nobleman who took shelter under a tree near a temple, during a thunderstorm. He looked over and saw the temple priest’s cat beckoning to him. Intrigued, he left the tree and went over to it. A moment later, the tree was struck by lightning. The grateful nobleman then befriended with the poor priest and the temple became prosperous. When the cat eventually died, the first maneki-neko was made in its honour.

From The White Cat and the Monk, illustrated by Sydney Smith

From a Japanese monk to an Irish priest, Pangur Bán is a 9th century poem written in Old Irish by a monk at Reichenau Abbey, about his cat’s happy hunt for mice, and his own hunt for enlightenment and knowledge. “Pangur” means a fuller, e.g. a wool-maker, someone who pounded wool to make it thicker (anyone who has owned a cat has no doubt been on the receiving end of this wool-kneading!) and Bán means white. The characters of Pangur and his monk also feature in the animated film The Secret of Kells, where Pangur is briefly turned into a spirit cat. It’s a lovely poem, and has also been turned in a beautiful illustrated book called The White Cat and the Monk by Jo Ellen Bogart and Sydney Smith.

… So in peace our task we ply,
Pangur Bán, my cat, and I;
In our arts we find our bliss,
I have mine and he has his.

Practice every day has made
Pangur perfect in his trade;
I get wisdom day and night
Turning darkness into light.

Lili Hayward is the author of The Cat of Yule Cottage, a magical tale of land, love, friendship, the yuletide and one remarkable cat…