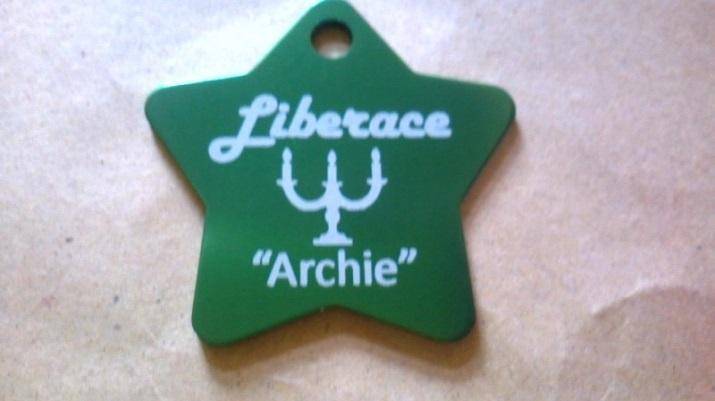 Meet Liberace! He is a rescue cat who lives on a farm near Palmerston North, New Zealand. He is estimated to be about eight years old. Although he was rescued by a gay couple, his mottled tuxedo, dark ‘hairline’ and loud, flamboyant meows also made his name an obvious choice, and he is often called ‘Archie’ for short.

Liberace’s owner had just lost her sixteen-year-old cat and did not want another animal in her life, but she was living with bored, overly-concerned older people and needed space to grieve without being watched, so when friends found Liberace dumped near their house, she decided to adopt him. It wasn’t long before his hunting antics kept everybody busy, and whenever he was naughty, his owner would dress him in a bow- tie to take a ‘cat shaming’ photograph.

These punishments never completely worked; he enjoys posing for the camera and appears proud to model his bow-ties.

Nevertheless, the older household members were kept entertained, and one even began sewing bow-ties for him after seeming to have given up interest in sewing.

As Liberace is mostly white and may have gone some time without sunscreen or regular check-ups, his ears had developed precancerous lesions. On advice from the vet, his owner booked a procedure to have the pinnae of his ears removed, and she took many bow-tie photographs, thinking that all or most of each ear would need to be removed.

However, because the pre-cancerous lesions were treated and managed early by a highly competent veterinarian, his ears barely look surgically altered. Liberace’s family would like to thank Pet Doctors, Palmerston North, for their care. This is his first moment of freedom after the surgery; he had been indoors for three days.

Liberace’s household would like to encourage everyone to consider getting a rescue cat to keep older family members involved in life – and to be vigilant about preventing cancer if you have a white cat. 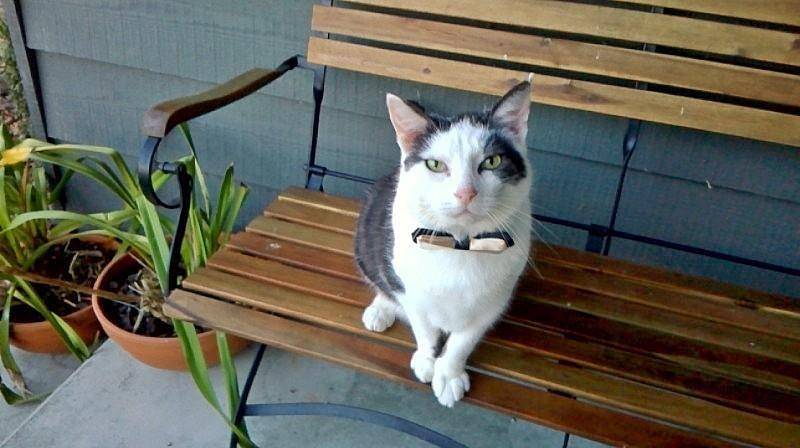 If you would like to see more pictures of Liberace in his bow-ties, check out his Facebook page, ‘Liberace and his friends’. It’s the end of winter in New Zealand, so there are not many new pictures right now. He’ll soon be modelling some new bow-ties, so watch this space. 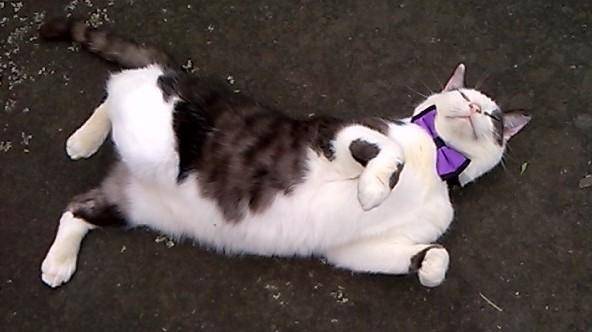