The MelloCat Rocket Roller is one of those toys I wasn’t quite sure of initially. I mean, it looks like a rocket (complete with take-off smoke) which is sort of cool. But rockets and cats?

Once again, Dirk took me by surprise and was immediately taken with this toy. 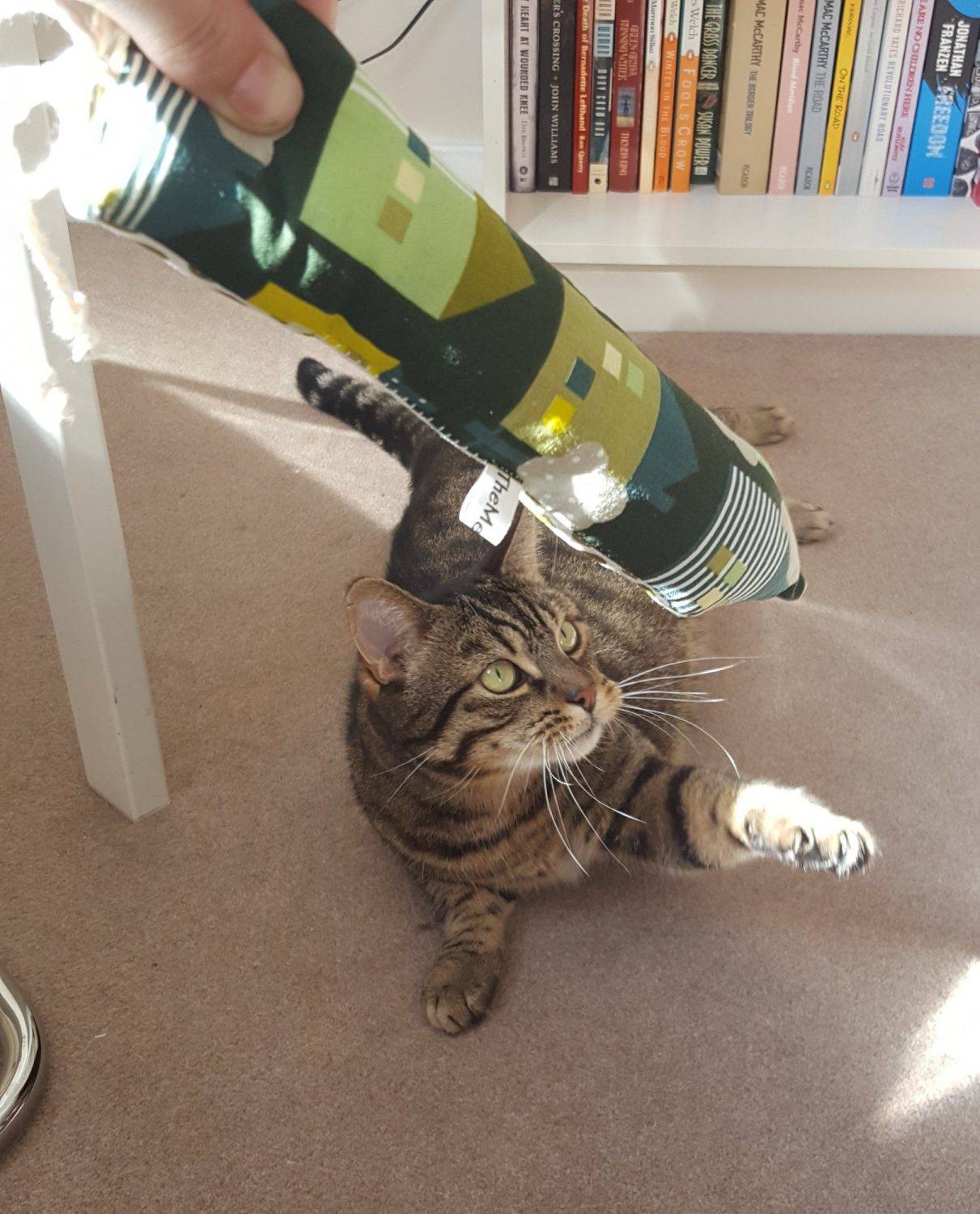 I’m sure you all know what Dirk is going to do with this toy! Yes, that’s right: give it a good kick 😉 And he can be really quite ferocious when kicking it so this is a proper workout for his hind legs. The toy is quite large: he can easily grab hold of one side and then kick the other side of the rocket.

My favourite thing is to send it ‘flying’ through the house so Dirk can go and chase it. He doesn’t really let go of this toy very easily though. I guess he’s happy he’s our only cat because sharing toys would be a serious problem… 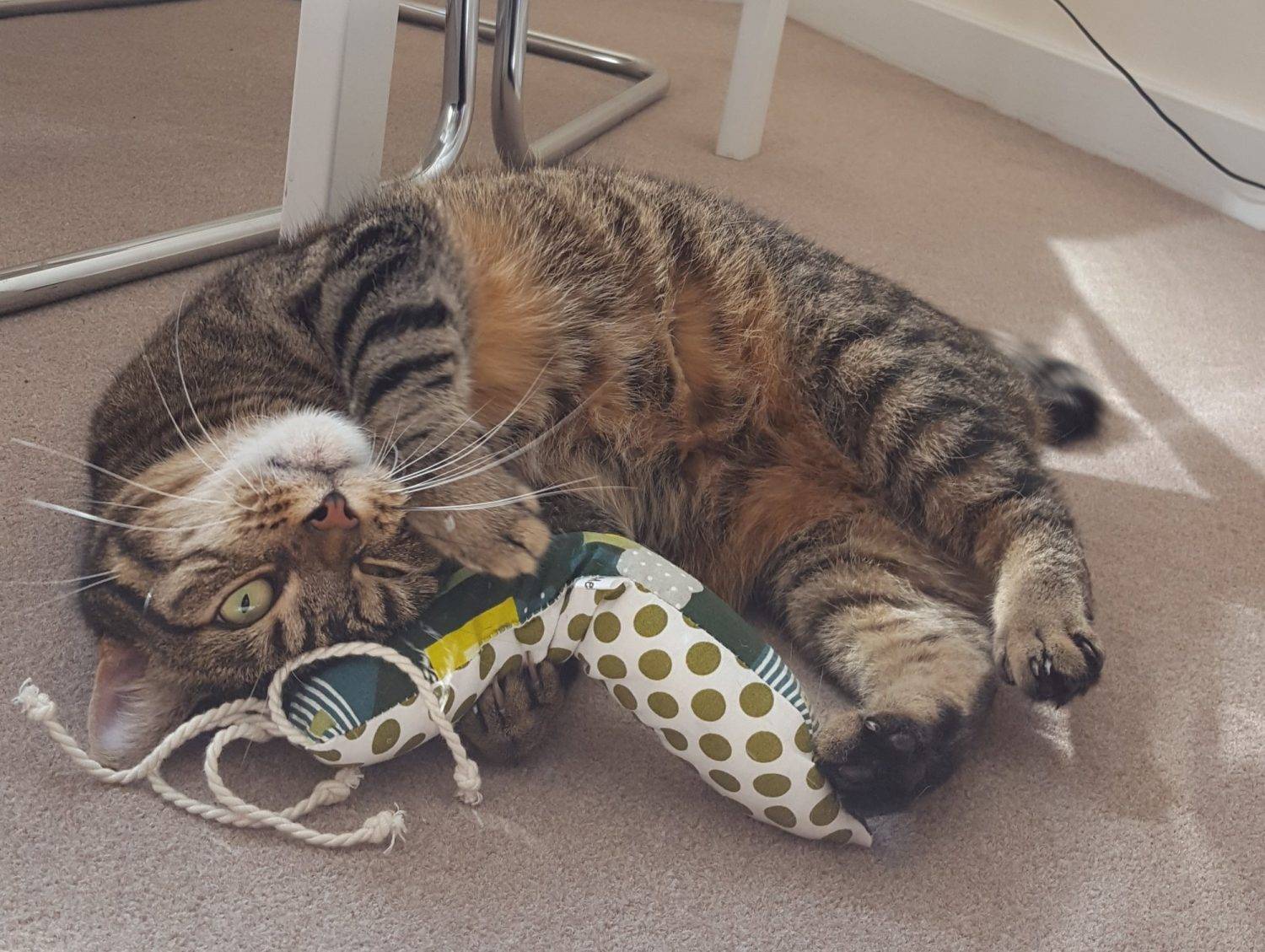 Look at me and my cool rocket! We’re totally going places 🙂

(No, not really Dirk, you just look silly)

The MelloCat Rocket Roller is handmade and it looks amazing. It’s really well made and quite sturdy, it can take a lot of kicks! Any cats that love kicking toys and want to look cool doing it: this is your toy 🙂 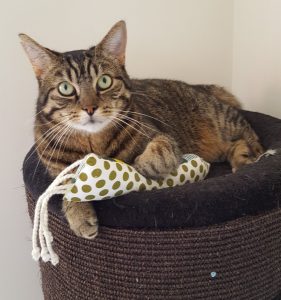 Going to take a nap now, but don’t even think you can have the rocket back now!

14 thoughts on “Dirk the Rocket Cat”