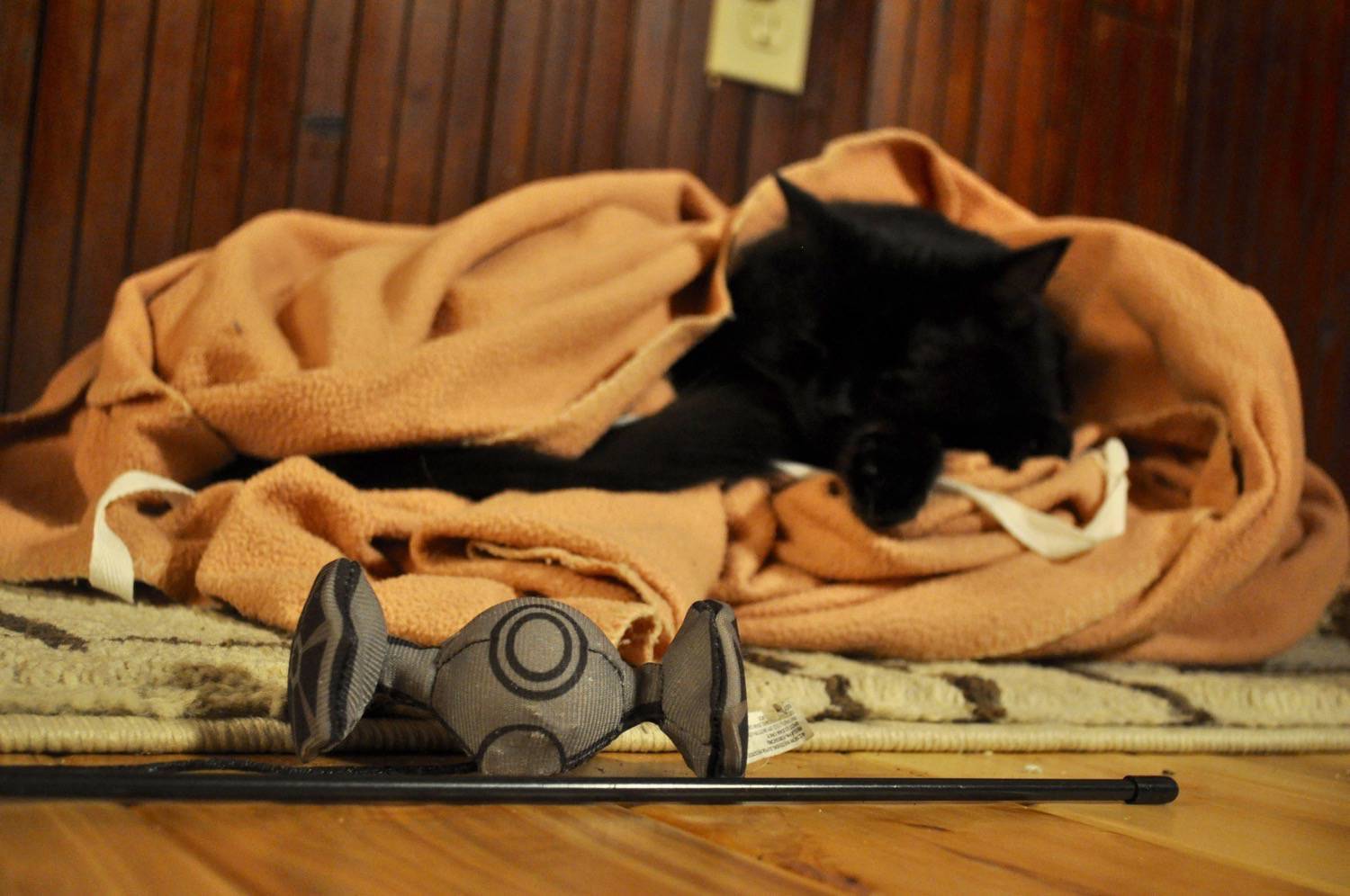 I’m curled up in my blanket, cleaning my paws when the enemy attacks. The tie-fighter on a string flies dangerously close to my head. Any minute it could release a barrage of fur singing lasers. I pick my head up, tracking it with my eyes then leap up smashing one of my mighty paws into its side. My claws sink into its outer shell but do not penetrate to the pilot. It jerks once, twice, three times them breaks free. It tries to fly away.

I can’t let it escape to harry me another day, so I wriggle my rump, get my feet into ideal positions and spring forward.

The pilot must see me coming, but he doesn’t fire. He never does. They only do that on the big screen the humans like to watch. Still, I’m not taking any chances. I grasp the fighter midair and drag it down to the floor. 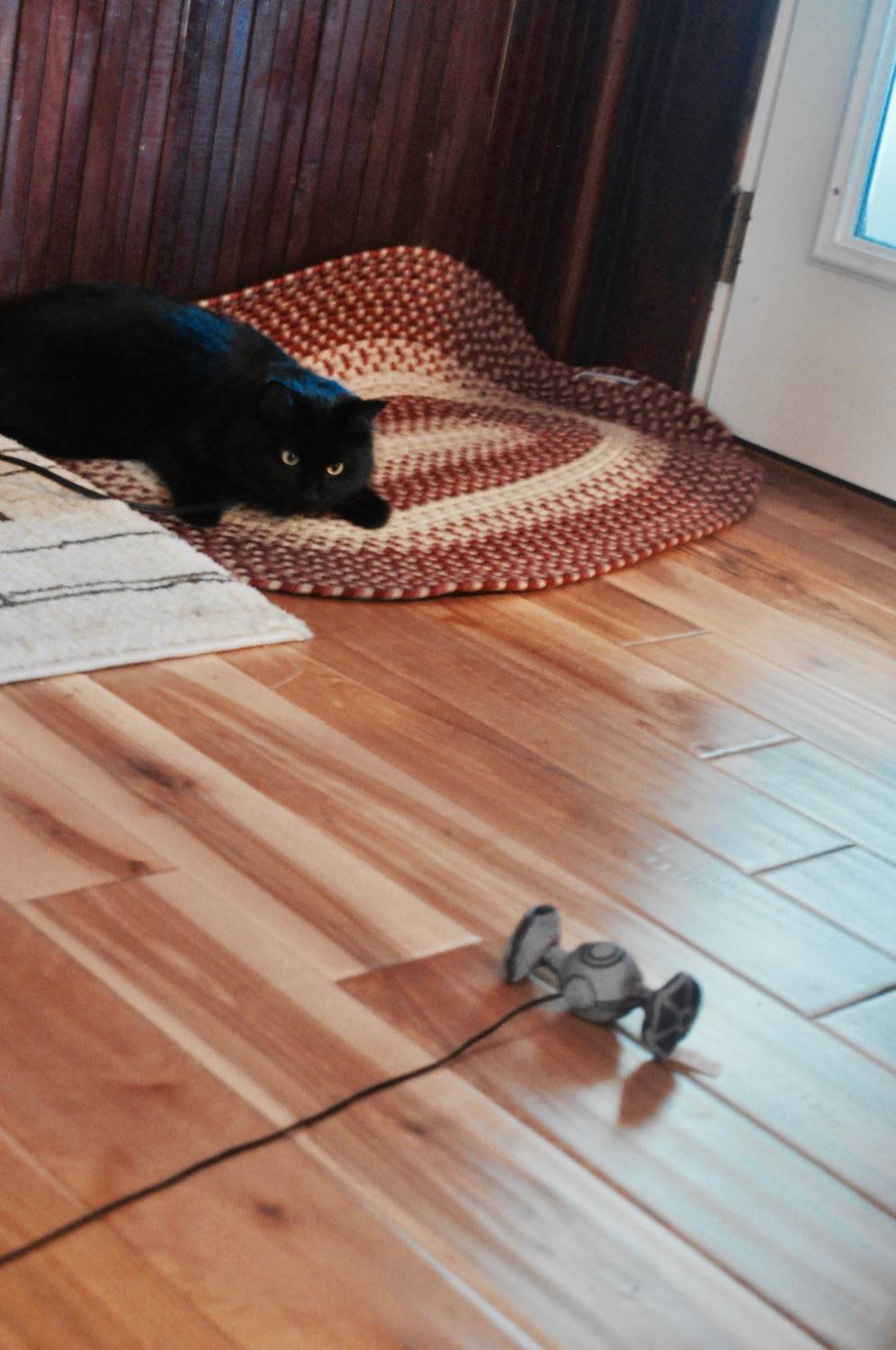 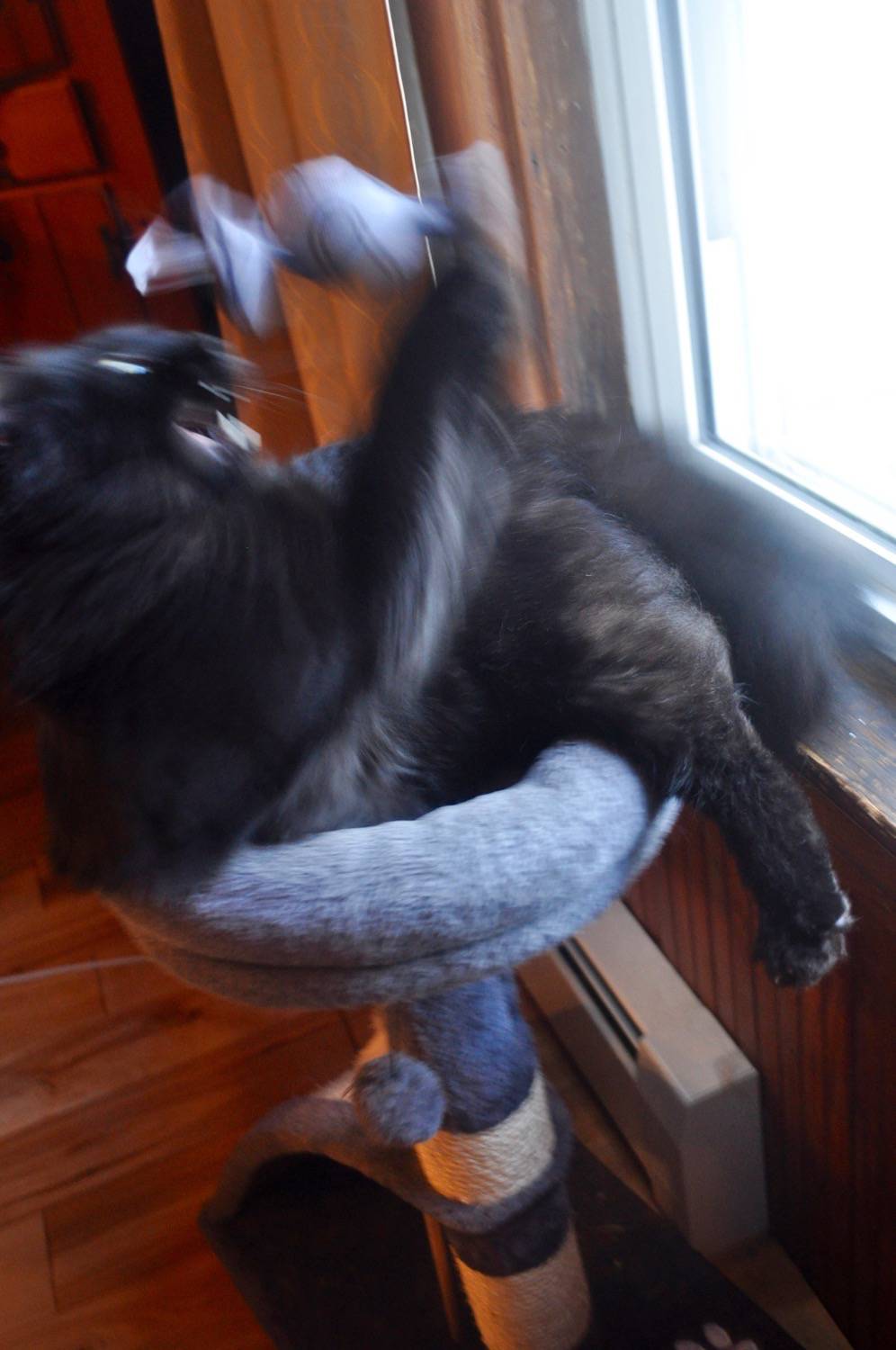 I kick it with my hind legs until it stops moving, then I kick it some more. I bite its wings but can’t pull them off of the main body. I chew its ball like center, but can’t pierce its hide. 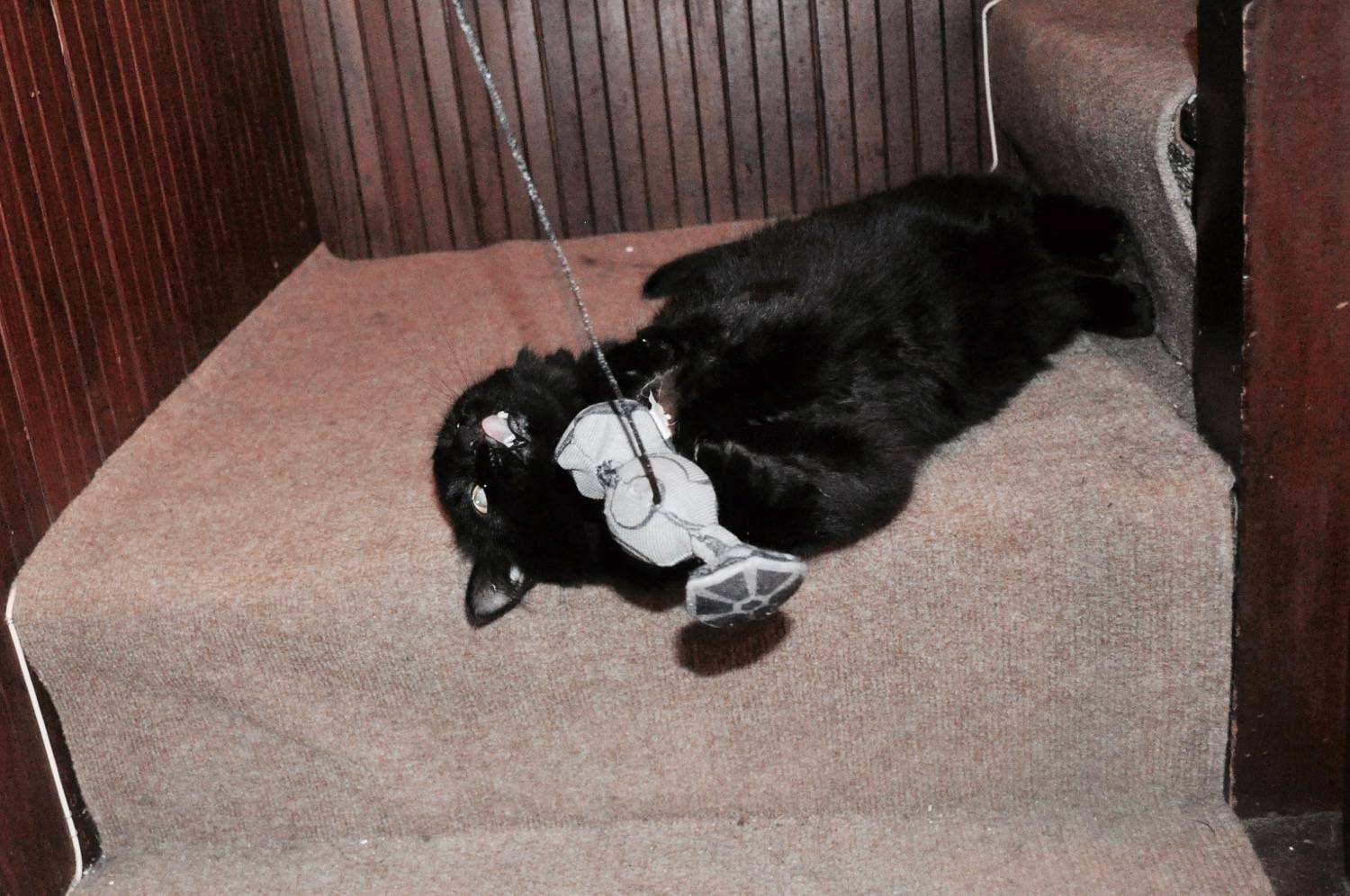 I bat it around the room, but it doesn’t move. I keep up my attack until it slides under the big white food holder the humans call Fridge. My stomach growls as I stare at the steel door. I meow, hoping a human will come open it and feed me.

Sara Codair writes because her brain is overcrowded with stories. If she doesn’t get them out, she fears her head will explode. When she isn’t making things up, she is teaching, binge reading fantasy novels, enjoying nature, or playing with her cat, Goose. She won second place in Women on Writing’s 2016 Winter Flash Fiction Contest and her work has appeared in several e-zines including 101 Words, Foliate Oak, Sick Lit Magazine and Mash Stories. Her short story, Costume Connection, will be released in Centum Press‘ 100 Voices Anthology later this summer. You can find her online at https://saracodair.com/ and @shatteredsmooth.

Sara Codair lives in a world of words, writing fiction in every free moment, teaching writing at a community college and binge-reading fantasy novels. When not lost in words, Sara can often be found hiking, swimming, or gardening. Find Sara’s words in Helios Quarterly, Secrets of the Goat People, The Centropic Oracle, at https://saracodair.com/ and @shatteredsmooth.