Below is another rescue story from our friends over at CATS Protection. As you can imagine his Meowjesty Oliver was most displeased to hear that a fellow Oliver has been treated this poorly by someone. 🙁

A stray cat is recovering after he was found covered from head to tail in green paint with cuts and puncture wounds across his body. 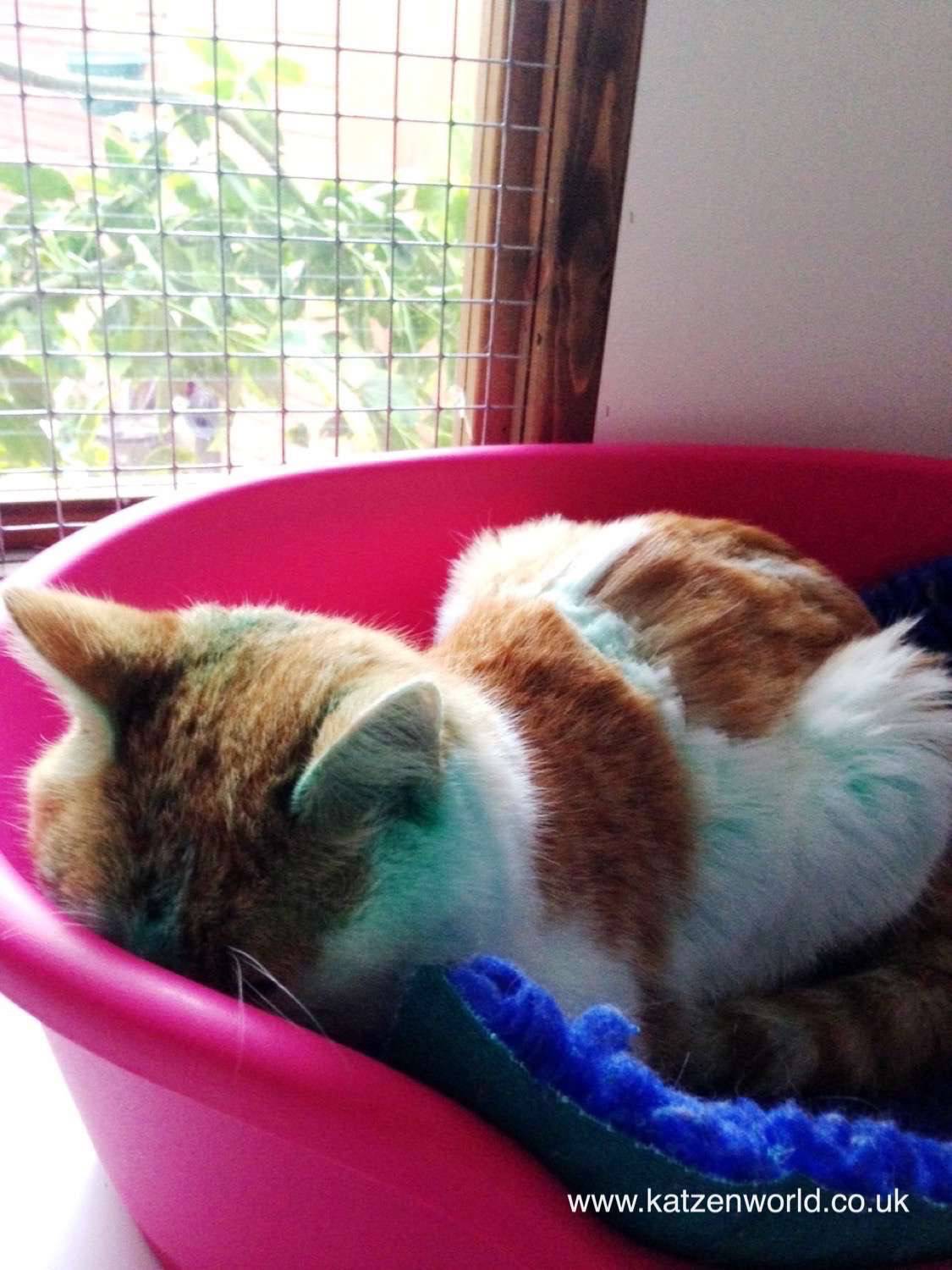 The ginger-and-white puss, now named Oliver, was handed into Cats Protection’s Armagh Branch after being discovered in a rural area five miles from Portadown, in Northern Ireland.

Thought to be around three-years-old, Oliver’s fur was saturated with a green substance believed to be a spray paint.

After being taken to a vet, a number of puncture wounds and cuts – possibly inflicted using scissors – were found across his body. 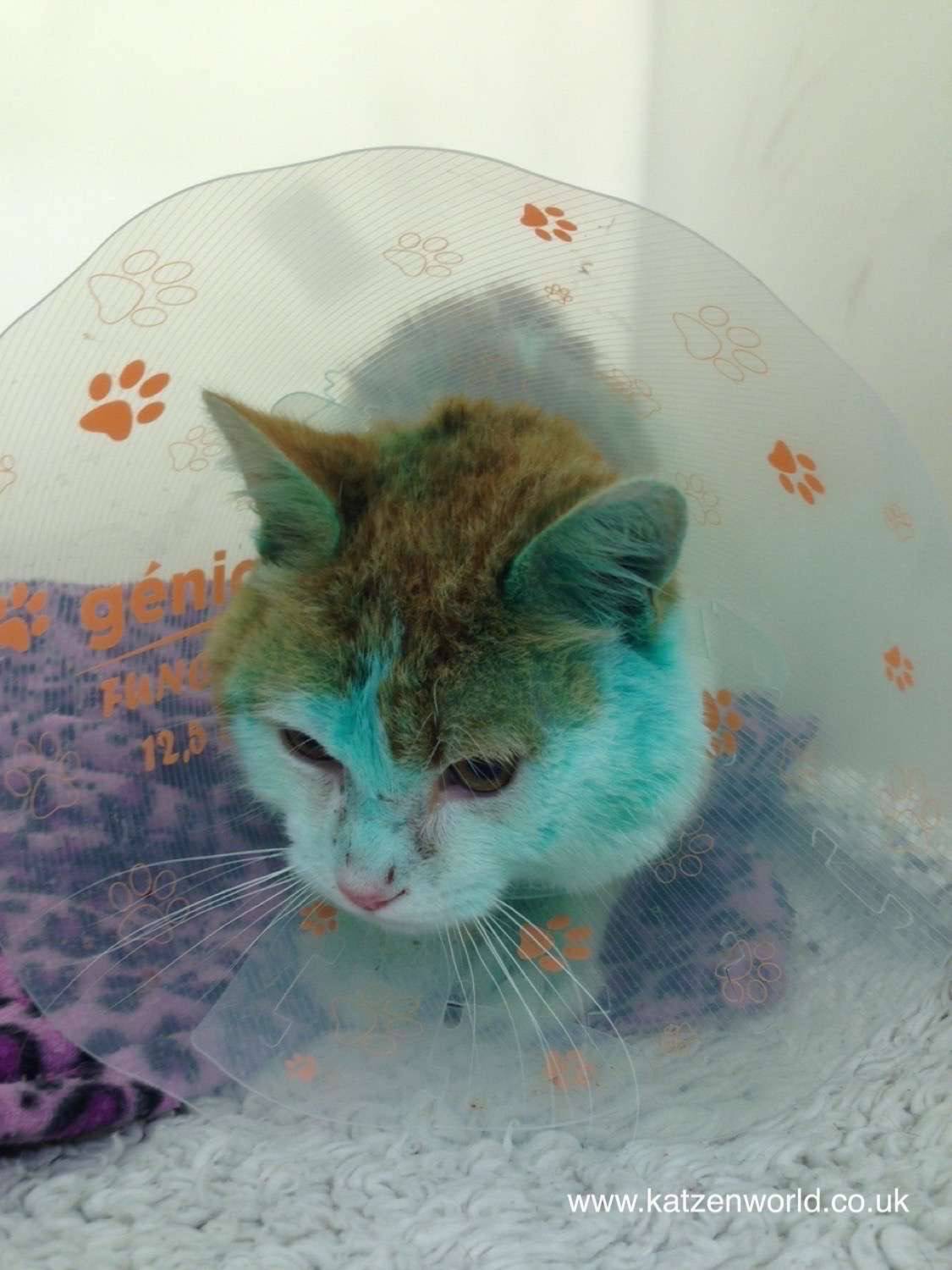 Coordinator of Cats Protection’s Armagh Branch, Gillian McMullen, said Oliver is now recovering after being found cold, underweight and suffering from an upset stomach after ingesting the substance.

She said: “We have no idea what has happened to Oliver. It’s certainly possible that this was some kind of malicious attack.

“The paint looks like it’s from an aerosol so he may have been deliberately sprayed and had his fur hacked at with scissors. But the truth is we just don’t know what happened to him.

“All we know is he was found in quite a state – cold, covered in paint and very thin. He had been licking at his fur and ingested the paint which has led to a stomach upset.

“He has been on antibiotics to prevent the wounds becoming infected while they heal, and has been having regular baths. 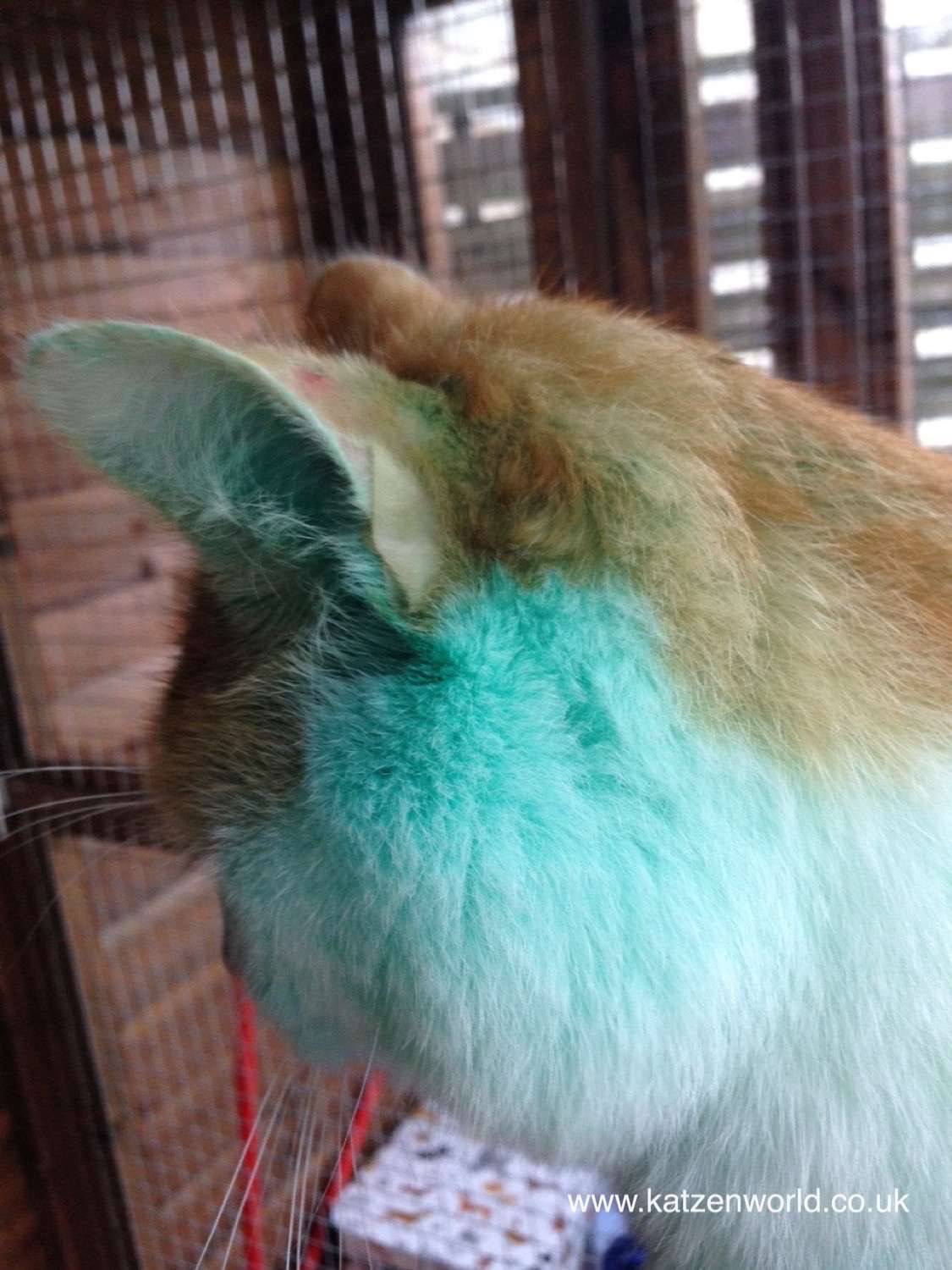 “The worst of the paint has come off, but his fur is still a minty green colour. This should fade and will eventually disappear as new fur grows through.

“The area where he was found was very rural, with not many people around so he is lucky to have stumbled across the home of an animal lover who kept him warm overnight and then took him to a vet.”

Cats Protection is keen to emphasise that cats should never have their fur coloured, either by paint or dye as this can be very harmful.

Oliver will be looking for a new home once he has fully recovered from his ordeal and has been neutered.

Gillian added: “Oliver was very thin, and unneutered, so it’s likely he had been a stray for some time. 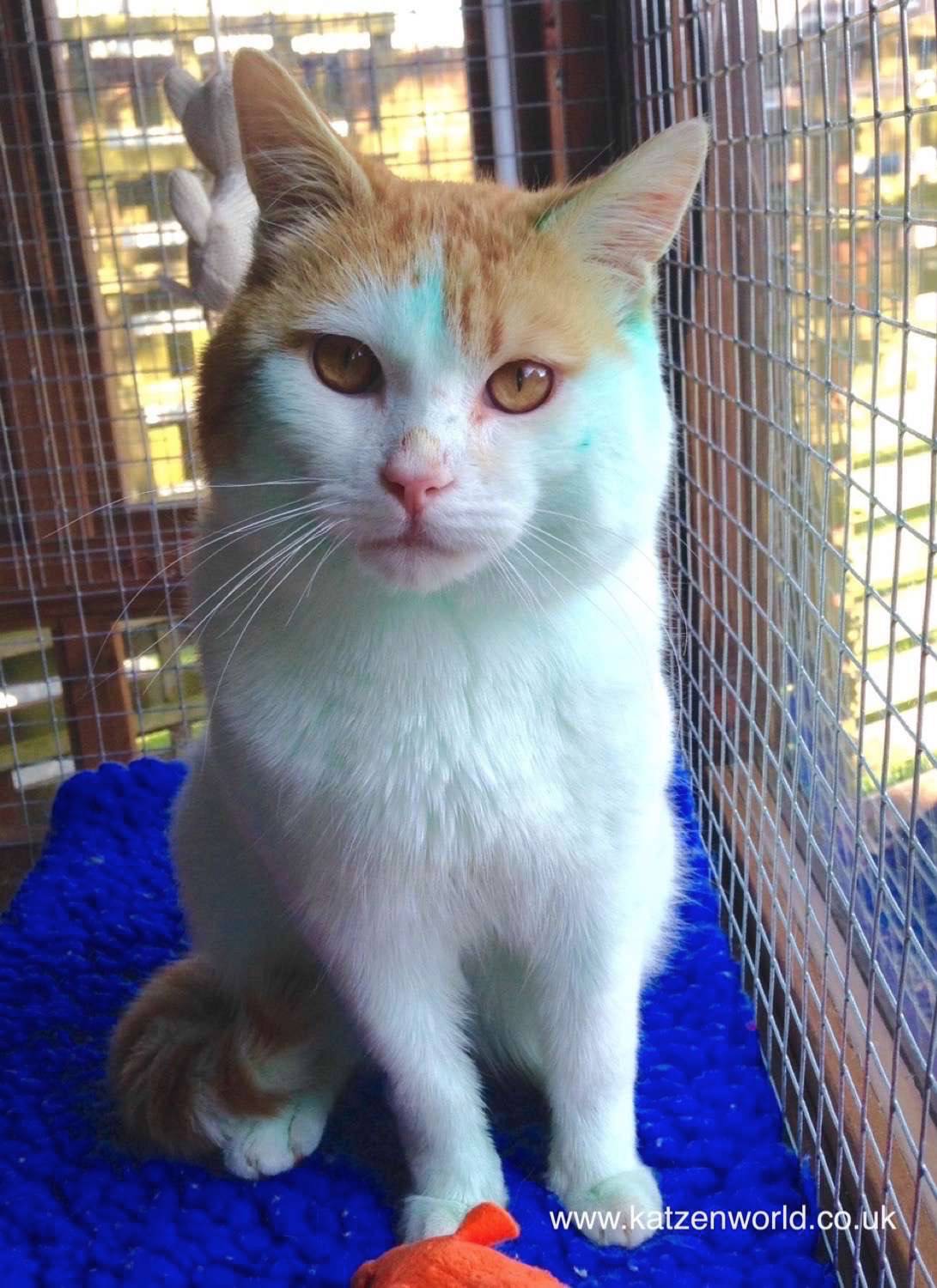 “Despite everything he has been through he is a lovely, gentle and friendly cat. He is very affectionate and will make a wonderful pet.”

Cats Protection, the UK’s leading feline welfare charity, helps over 194,000 cats and kittens per year through its national network of over 250 volunteer-run branches and 31 adoption centres.

To find out more about the charity, or to find cats available for rehoming in your area, please visit www.cats.org.uk