(This post is also available in German on Katzenworld Deutschland)

Hello everyone on Katzenworld,

I am Sarina a fellow Blogger from Saris Corner  from the Netherlands (originally from Germany) and I am into Photography and DIY stuff, and my cats 😉 So today I want to blog about something that combine all of these.

Did you ever heard about IKEA-Hacks ? Well there are several people out there that like to reuse IKEA products for something else then their initial purpose. If you search the web page with the search term cat you get 1,850 results so apparently there are a lot of things you can do with IKEA stuff for your cat. I saw two of them that really got me  hooked:

1. The DUKTIG Cat bed (initially from this post, but see here (http://www.ikeahackers.net/2007/02/ikea-pet-bed.html as well)

So earlier this month I went to IKEA and did some shopping. I will first tell you about the DUKTIG bed. It is originally a doll bed and you can usually find it in the children’s department of IKEA. After getting home I unpacked it and my two boys (Jack and Tom) were excited about everything and tried to help me with unpacking and assembling. Assembling of the bed is as easy as it gets, four screws with the IKEA typical imbus that is included and you are done. 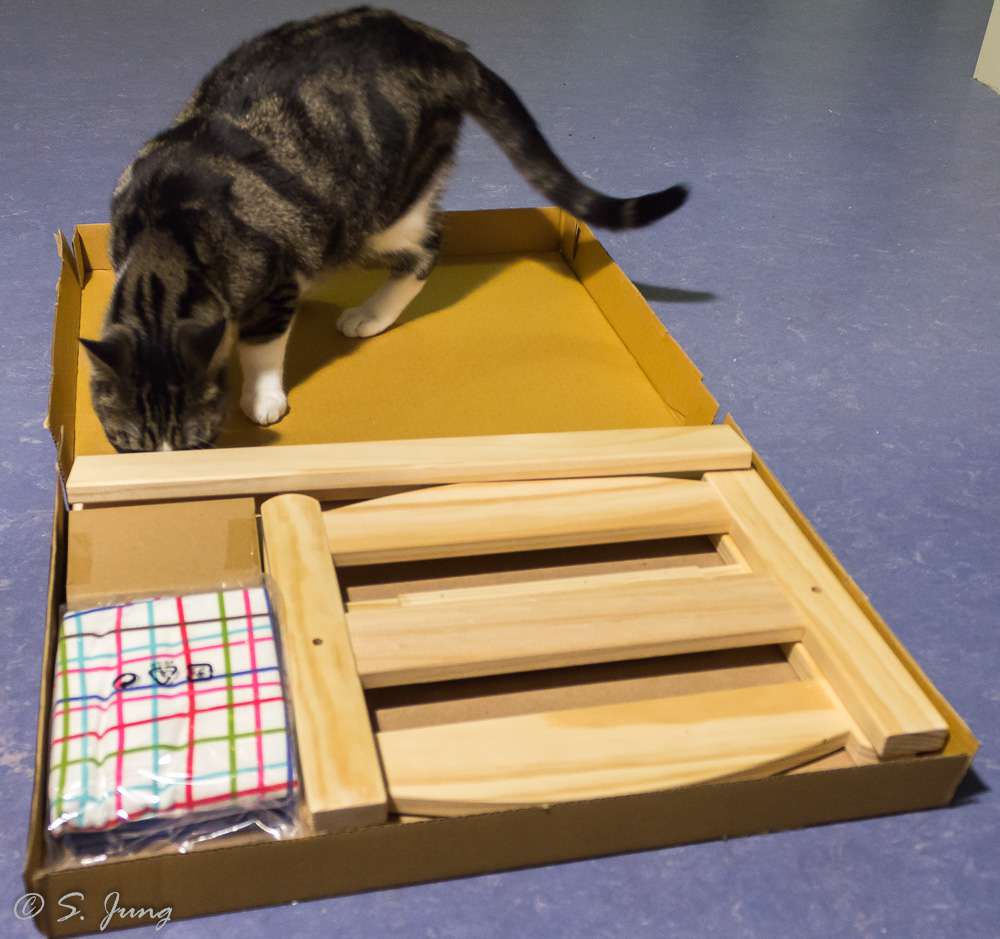 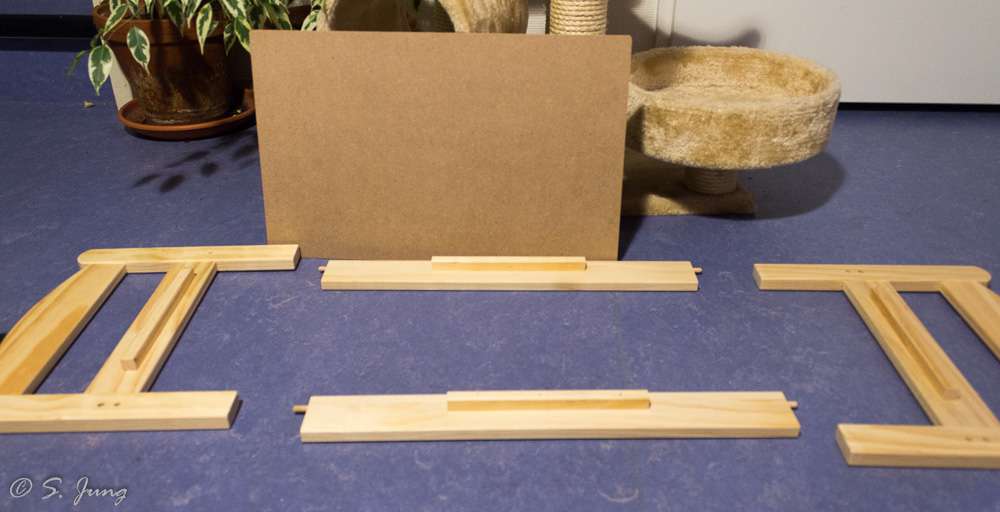 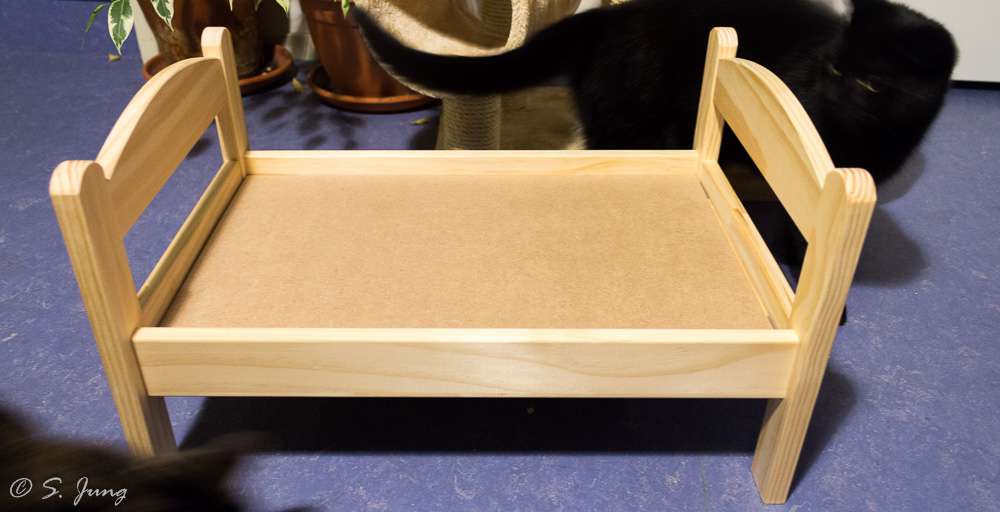 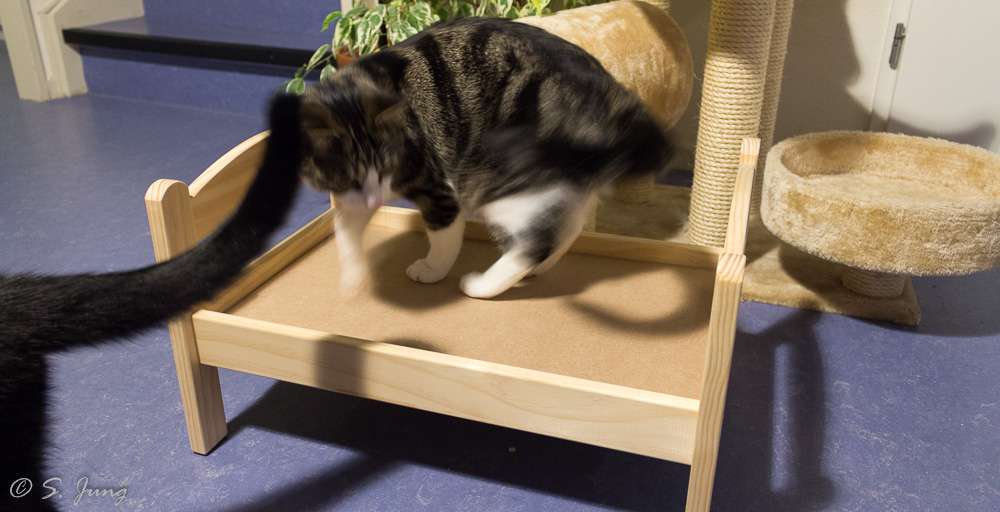 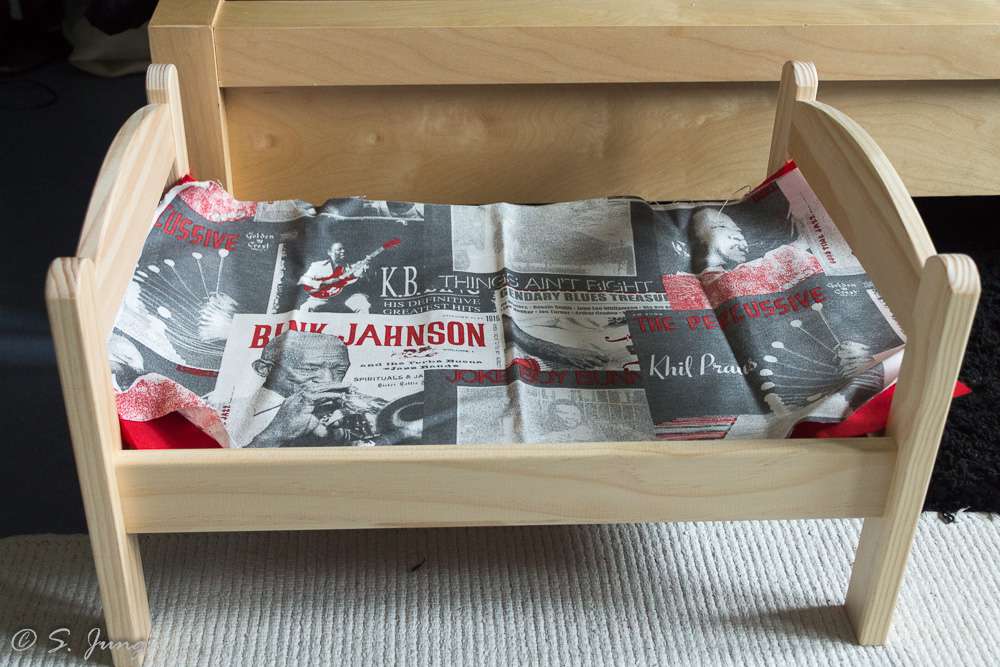 The boys did some first testing and they seemed to like it but it also looked a bit uncomfortable. So the next day I decided to make them a cushion for the bed. For that I took some left over fabric that I still had at home and sewed it together. I left a small opening to turn it around and fill it with the filling of a cheap cushion I bought at the IKEA as well. After filling it up I closed the rest of it by hand. Again the boys were curious and wanted to test the cushion immediately. I then placed the bed at it’s planned location and after a day or so Jack started to use it as his regular hangout point (yes, he is sleeping there while I write this up!) 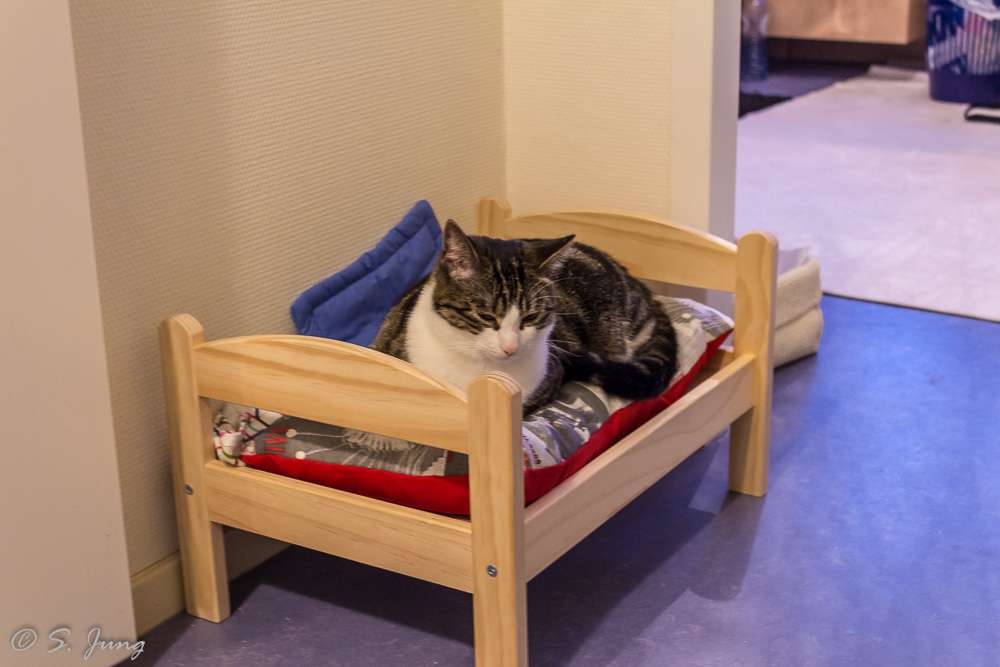 The second thing I wanted to do was to get the HOL box and make a litter box – this is what we will look at next week! So stay tuned for the outcome. 🙂

I hope you enjoy my little creation and greetings from the Netherlands!

Sarina (with Jack and Tom)