Several people have asked if our ginger cat, Prancie is a Scottish Fold. 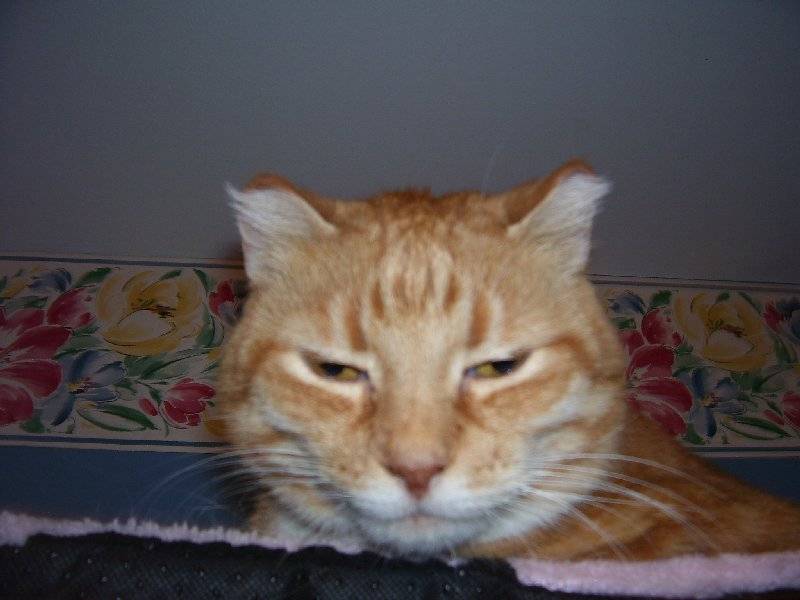 The quick answer is no, but the explanation takes a while. Prancie showed up on a rare below zero January night back in 2005. I kept hearing a cat meowing by the front hall and looked all over to see if one of ours was trapped in a closet or drawer. I finally decided to open the front door and there she was ready to dart into the house.

We would never let a cat freeze, but I couldn’t just let her come inside until she was tested for FELV/FIV. I called my neighbor who was my partner in crime at rescuing cats and she came right over. We opened a can of cat food and she followed us right into the barn and ate the whole meal. I felt awful making her stay in the barn, but it was warmer enough in there with the hay. I would have crated her in our basement for the night, but at that point in time my husband wasn’t as into cats as he is now and felt we had too many already.

That night I prayed she would survive and she did. The next day I got a better look at her and saw that the tips of her ears were all black so I immediately took her to the vet. Sadly, the tips were frost-bitten and one actually fell right off on the exam table. After that, my husband took pity upon her and let her move in (her FELV/FIV was negative).

We named her Prancie because of how she pranced around for her meals. She gets along great with all the other cats in the house and is very playful. She is also very smart at getting her way. If she wants us to get up in the morning, she will knock items off the bureau. She also has a little bell on the nightstand that she rings. And she  loves to be read to. 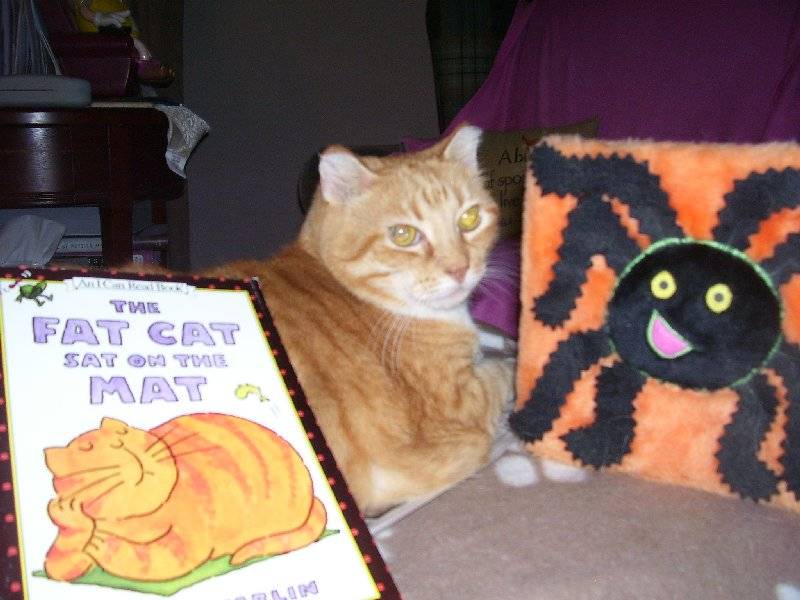 She is always very careful to keep her claws in when playing with us or walking on us. I can’t imagine why anyone would have dropped her off , especially on such a frigid night. My husband and I are both thankful that she chose our door to meow for help. 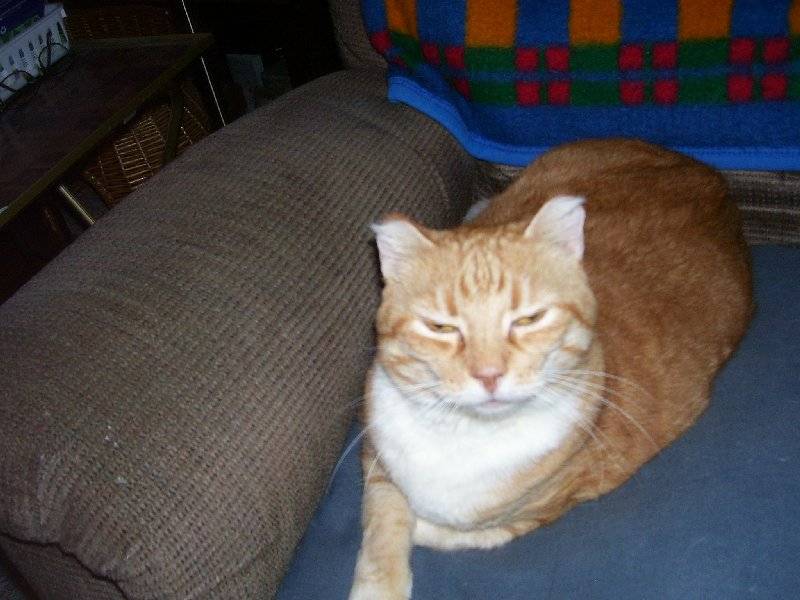 I am an advocate for indoor cats, but for those of you that do allow your cats outdoors, be sure to keep them in when it is really cold. I would recommend having your kitty wear a hat, but as any cat owner knows, that isn’t going to happen.

30 thoughts on “Guest Post: Prancie by Ellen Pilch of 15andmeowing.com”