Today I would like to discuss CAT HARNESSES & LEADS! 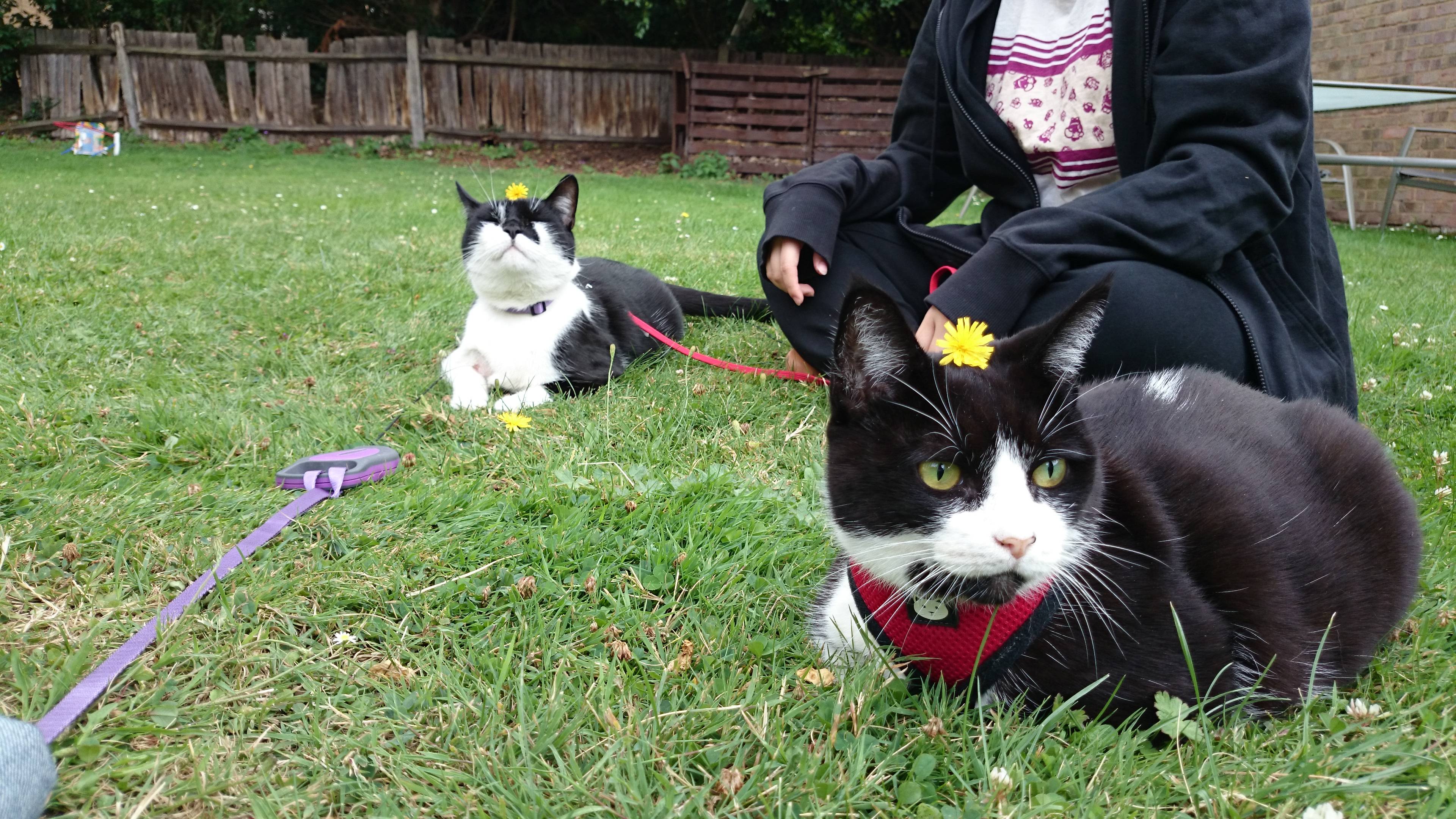 As some of you might already know. Snowball is actually a BossCat, meaning he was originally an outdoor cat. He spent most his days adventuring and patrolling the neighbourhood. Keeping his territories and allies in safe guard.
However, after a supermarket chain had recently opened on our street. The foxes from the park (we live in front of a royal park) have found their way to the bins, and have grown considerably strong. And of course, thats where the trouble starts. Since the foxes have stepped foot into Snowball’s territory there have been many fights for the past few months. He has “won” battles and kept them out of our own garden and bins for some time. However, the foxes are now grouping up in packs. Making Snowballs night life pretty stressful. He enjoys picking fights no doubt. But his injuries have gotten serious and too often we have decided to move him away. Some may say this is cruelty, moving him away from his “natural habitat” but I assure you, you wouldn’t be saying this after cleaning his open wounds, dealing with abscesses and twisted swollen limps for a few months. We moved him after much consideration. He was getting more injuries faster than his old ones could heal! Oh and in case you didn’t know, Mr Snowball can open windows so locking him indoors just didn’t work. And he’s still with me, Yuki his original owner. (Just in case it sounded like I dumped him with a stranger, he’s just permanently moved to his second home.) =D

On to the Cat Harnesses & Leads! ?Since Snowballs an outdoor cat, locking him indoors is extremely unfair. So I instantly purchased some cat leads for him to get some fresh air while he heals his wounds. He doesn’t know this area since we’ve never let him out, so a cat lead was the best option for us.

There are actually many options, and depending on your cat I would pick wisely being purchasing.
We have tested…

The “T” shaped vest harness:
Mao has one of these. The top half goes over her head like a T-shirt, its an elastic neck hole thats very soft and looks really comfy. Then the second half has a “snap” clipped on from behind her legs. This type of harness is amazingly comfy, and no complaints putting it on. However, If your cat decides to run under a car, DO NOT pull the harness towards you.  The concept is exactly the same as a T-shirt. It can slip off when they move their legs up and down. Mao rarely behaves like this unless  she has been frightened.

The “Life Jacket” harness: ?Oliver has one of these. These are soft and padded and usually has two velcro stick ons and one snap closure that ensures a “secure fit”. They also have reflectors on the sides incase you lose your cat at night. We have tested these a few times on our cats and found our cats can get out of them very easily so I wouldn’t advise you to purchase one of these. They also look pretty uncomfortable, Snowball refuses to walk in one, and hides, so its now a punishment outfit when he tries to jump onto the kitchen counter or cooker…

The “Bra Strap” harness:?The most secure harness of them all! It can hold mischievous Oliver and the BOSSCAT Snowball. These harasses have two straps. One goes around their necks, adjustable and has a clip on fastener. And the second one is the same but it goes under their arms. (like a bra) The two straps are connect with another strap that sits between their shoulders. It took Snowball some time to get used to walking but it works, and he has never gotten out of it before. These harnesses being the least appealing to our eyes, are actually the best in terms of practicality. ??(I have named these harnesses according to what they look like, these are not the official names.) ??Where there are cat harnesses there are also cat leads!

All harnesses usually come with a cat lead. These clip onto a hook found around their neck area. ??There are also 3 types we have tested.

The “Stretchy” Lead: ?An elastic lead which gives your furry little friend some freedom to explore without feeling so restricted.

The  “Average Nylon” Lead: ?While being sturdy it can feel restricting especially with a passionate wonderer.

The “Extendable” Lead:?Designed for the more passionate adventurers. We got the chance to test one out on Snowball and he loves it! 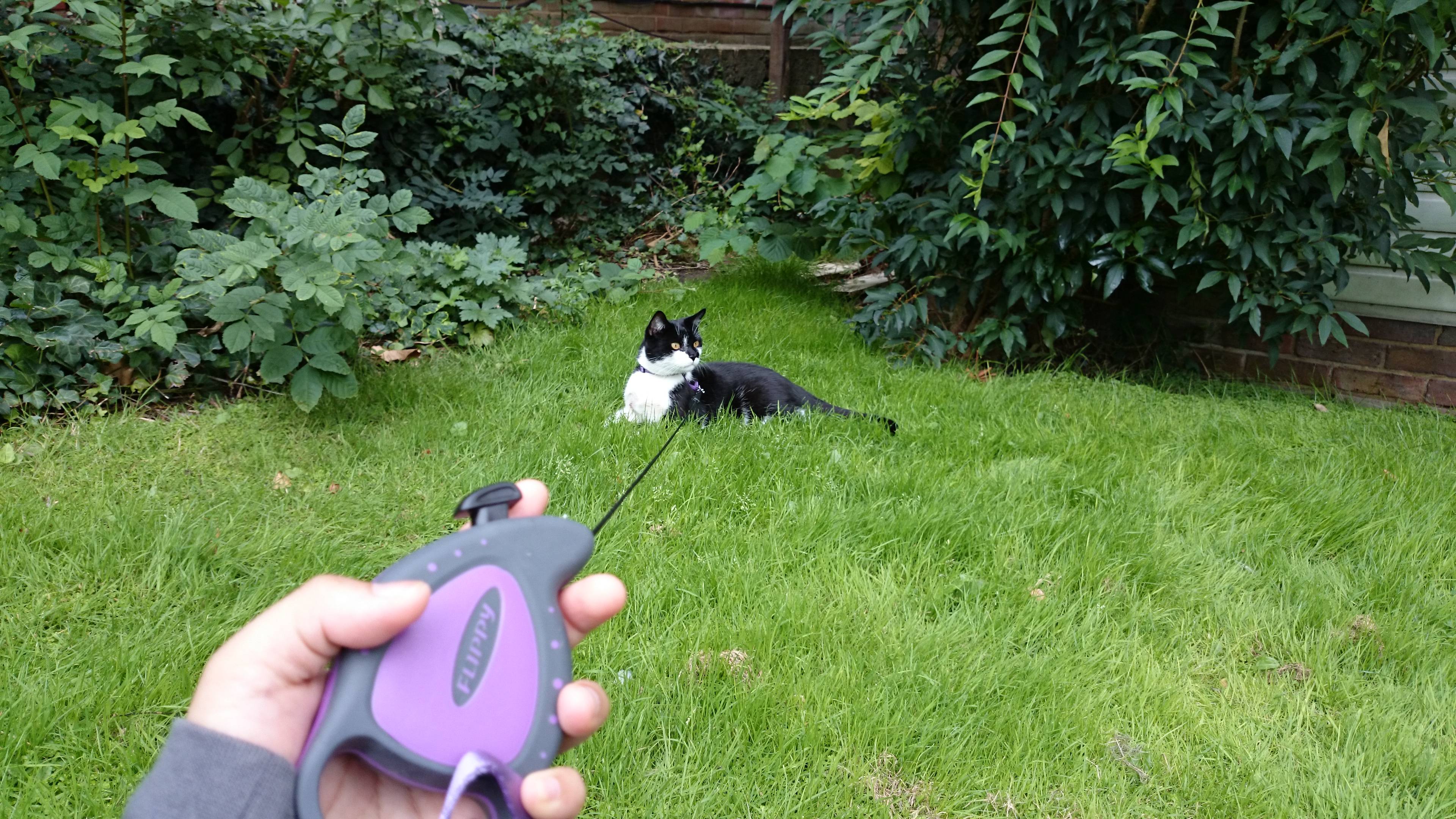 Product Review: ?For Mr Snowball to roam around a bit more we tested out the ?“Ferplast Flippy Deluxe Mini Cat lead”. ?It’s extremely compact! Suitable for all harnesses and easy to operate. It has a single bottom to operate, the retractable lead mechanism is actually unique and patented by Ferplast only. It insures you to have your furry little friends under control at the same time. The handle is ergonomically designed to fit in one hand. Having said that the handle itself is a bit small. I would consider myself to have small hands already. And even when giving the lead to a child it still feels some what awkward. Which is why we have gotten used to tying your average nylon lead to it, and clipping it onto our trousers JUST IN CASE we do drop it. This is possibly the only negative point. Other then that, its an extremely sturdy build. (for cats) 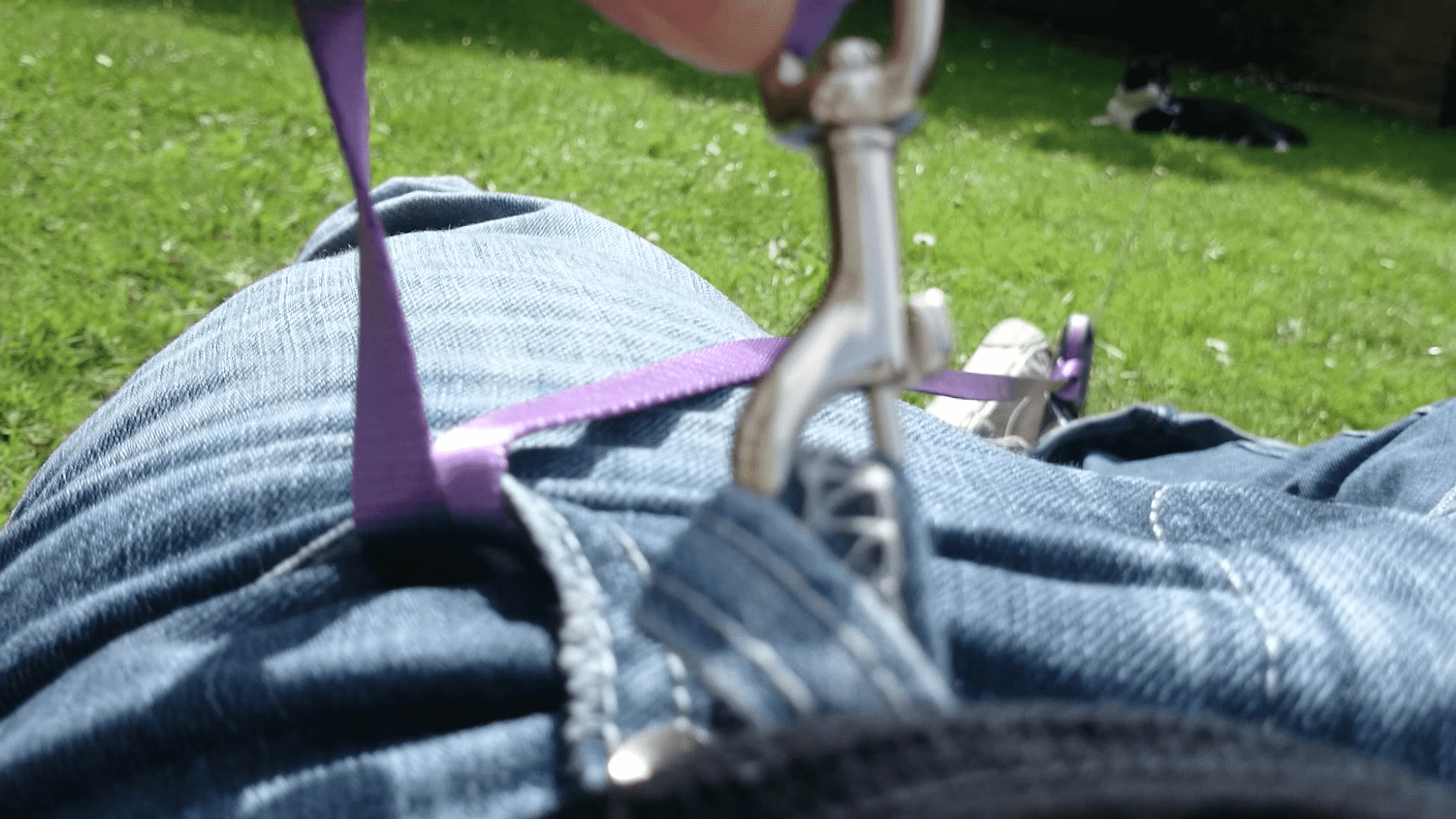 Living in a city can be tough on our cats, a lot of them are fine as they are, but sometimes if the urban life gets too dangerous like in Snowballs case, it isnt fair to lock the inside. ?It has been scientifically proven, locking your cats indoors will cause stress and even amount to physical problems such as hair loss and constant irritation. Training our cats to walk on a lead gives both the owner and pet fresh air! Its a great opportunity for bonding too. Taking your cats out will also spice up their lives and give them a sense of excitement! New surroundings, new sounds, new smells, all eases stress and promotes a positive mentality for our cats and ourselves. Being away from a screen and getting in touch with some nature isn’t so bad for us either!

There is GRASS outside! Cats love eating grass, its like a herbal remedy infused into their minds from birth. If your cat loves sniffing your plants, how about taking them outside to search for the right type of grass for them? It promotes their natural instincts to actually do something, plus it’s good for their digestive system.

FRESH AIR, being cooped indoors is never good for any living being. We live in a flat now, and leave the windows open for some air only when the cats are behaving. They like sitting by the window sniffing the small gap. If your’s are doing the same, they probably want to go outside for a run!

The GROUND, having indoor cats mean your cats never walk on the hard ground. cemented pavements naturally sands their claws down! So if you have trouble with clipping their claws, and have many minor incidents … you might want to give it ago. Its cheaper then taking them to your local grooming salon! I’m probably a lot less stressful for them to!

Many vets have claimed taking your cat out on leads can increase their activity level and therefore help their general health. The more movement a cat has the more their bowels move. Which overall promotes a very healthy digestive and healthier stools. Its a great way to avoid constipation and  it prevents potential weight issues too!

Thank you for reading! And I hope you all found this post somewhat useful.