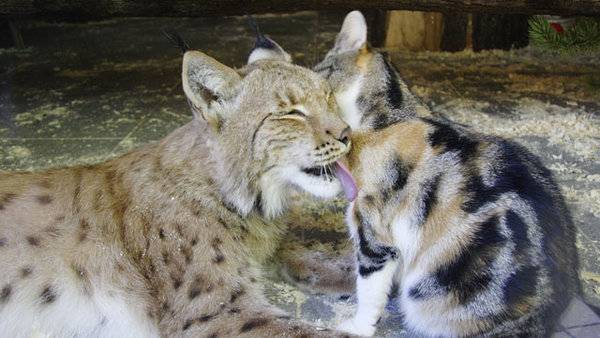 The oldest and second biggest zoo in Russia is home to a very unlikely friendship between two quite different felines.

Employees at the Leningrad Zoo in St. Petersburg noticed that a stray stray cat was sneaking into the zoo in it’s hunt for food. The cat eventually made her way into the enclosure of an European Lynx. Most of you may think now OH GOD they will kill each other but instead they became best friends!

According to the website Life With Cats, this happened in 2007. Yet to this date, the kinship is still strong. Such is evident in a video of the two animals posted to YouTube. Titled “The awesome friends in St. Petersburg Zoo,” please see this below:

Both animals appear to be quite comfortable and affectionate with each other throughout the one-minute, 10-second clip. Because the friendship between the two was going so well, the zoo decided to adopt the stray cat. 🙂 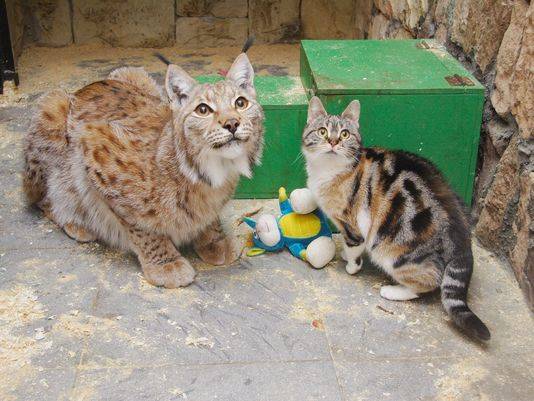 33 thoughts on “Mews: Stray cat befriends lynx after sneaking into its zoo enclosure”