Story by Diana Wanamaker from www.peacockpetcafe.com

A young woman had come to me about her cat that had come up missing and never returned. She couldn’t understand why he never returned since the connection between the two of them was so deep and loving. She missed him dearly and there was this absence in her heart left to the unknown that continued to haunt her. As she sat there in front of me I could feel the pain she was in. The not knowing was tearing away at her. She felt that he may not be alive anymore but she needed to know what had happened. Why had he never returned?

She offered a picture of her cat to me. I closed my eyes to quiet my mind and connect with her pet. He was ready and waiting for the connection. He too wanted to reach out to his beloved person and explain to her that it was not his doing that he never returned. He knew she was left with this emptiness of heart about his disappearance.

Spirits are often standing by waiting for that person who is willing and able to connect with them. They are drawn to that energy as quickly as energy passing through an electrical outlet, receiving a cord.

Once that connection is made, images, thoughts, feelings, etc. are received to the animal communicator. There is also a mutual exchange of feelings, senses, words, thoughts and auditory messages that are given and received.

His story started by showing me images of two women in a car that had pulled over and were coaxing the cat towards them. He offered a detailed description of what the women were wearing. It was sensed through the communication that he trusted these women, as if he might have met them before. One woman was much more intent in getting the cat.

He appeared to be this delightfully friendly cat that had no real reason to mistrust any person. I sensed a slight hesitation for him to move closer to this woman who was coaxing him. A slight description of the car was given. Visuals of the close proximity surroundings were offered to the communicator. 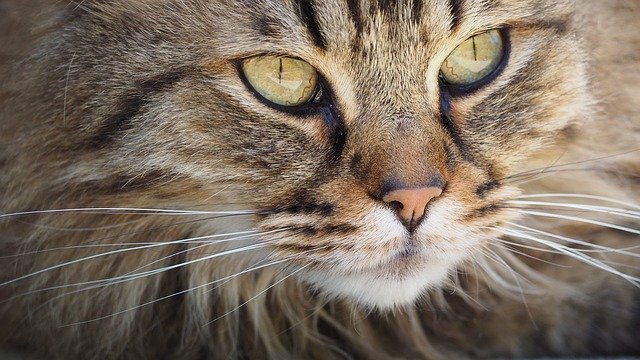 The cat was then picked up by the woman that was coaxing him toward her. She whisked him up and then placed him inside the car. The two woman then drove off in the car with the cat. There was a visual of time being quickly accelerated. A blur of colors rushing through time, as the car moved.

The next visual was the woman arriving in this very large parking lot. It appeared to be in a parking lot where there was a large super store. Expansive space of parking spots and cars. A road ran parallel to the forefront of the parking lot. Less cars were parked towards the back of that parking lot, and towards the front was the superstore and its entrance.

It was in this parking lot that the two women dumped the cat and he was left to fend for himself. He stood there in bewilderment. Scared and confused at what had happened.

An image of him crouching down, not knowing were to go. He was surrounded by the sound of moving cars all around him. No place to seek shelter or to escape to a place where he would be safe from the sound and rushing of cars.

Then it happened. As I continued to listen to the cat’s story and receive his images. It is as if I am there with him. I too, have entered this space without time, but also experiencing every thought, feeling or image he sends to me. Much like being in a 3D action movie, where you experience the fall from the sky as if you were there….but you are not.

Suddenly, a car came along and there was this feeling of wanting to dodge this massive object of steel. It was as quick as a blink of the eye. I literally jumped in my chair to avoid it. I could feel my body move from the chair, as if I was the one that had just been hit by the moving car.

Then I experienced this image that was a streak of black. Then I saw the image of the cat lying on the payment. It was cold and wet outside. The car rushed by him without a thought at all. There lie his broken body. He died nearly instantly. There was no signs of suffering.

I held back the tears of grief and opened my eyes to review the reading her cat had so graciously offered to me.

As I presented the story of what happened to the young woman, she naturally asked questions about the women who had kidnapped and abandoned her beloved cat. I continued to answer questions about the description of them. It was then that this young woman now understood what had happened to her beloved cat. In addition, I became aware of the ‘why’ the two women had taken her beloved cat. That he had not left with intention to never return, but because he had this ever trusting, loving curiosity to know any human being. He had no reason to mistrust anyone. It was his nature.

As I came to the part of the story where her cat had been discarded and left in a large parking lot and not long after hit by a car. I could feel that most powerful surge of grief from her. She began to cry and I could no longer hold back the immense grief I was picking up from her. Nor hold back the empathically intense grief I felt for her. Together we cried for the tragic loss of her cat.

But now she knew. She had a feeling he might not be alive anymore, since it was many years prior to this he had come up missing never to return. She also understood the story of the two women. She identified one of the women and explained to me that this woman had conflict with her mother. It made sense to her that this woman had taken revenge on her mother by taking her cat.

As sad as that is to take in, the young woman’s grief was answered and you could feel this big relief of energy, as she stopped crying. It was as if a calm after the storm. Tension released. Shoulders relaxed. An unfazed sense of being. An acceptance and a freedom of knowing. An answer to the question that haunted her all those years. Why had he left her when all she had known and given to him was her devoted love? That evocative stirring of ‘why’ was answered.

She now knew that their love was as genuine as every memory she ever had of him.

She sat there in a more peaceful state of post grief expression telling some of the more adoring stories of her cat and the life they once knew together. You could see the smile on her face as she remembered her beloved pet as they once were together. I could feel the joy and the deep love she had for this cat. I could feel the spirit of her cat near us as she spoke. He too had some closure to that piece of their life that was left unknown for so long to her. It was as if he had waited, in what we might see as living beings for years, to plug the empty void in space.

Into a dimension where time or space no longer exists. Detached from their physical bodies, their soul lives on in spirit. Their bodies no longer are In pain. Restored to a time when their health is without illness, at an age where youth once again is replenished and aging stops.

Their energy of spirit continues to offer the same compassion, love and companionship they once offered to their person when on earth. Joy and peace is all they know now.

It is in this space that connection is reached between a pet that now lives in the afterlife and a person who reaches out to them for communication. They bring answers to questions that their person remains to be left within their grief. Regardless of how the loss was experienced, a communication can validate a life they once knew with their pet. Offering a consoling & peaceful view into the absence of their pet. 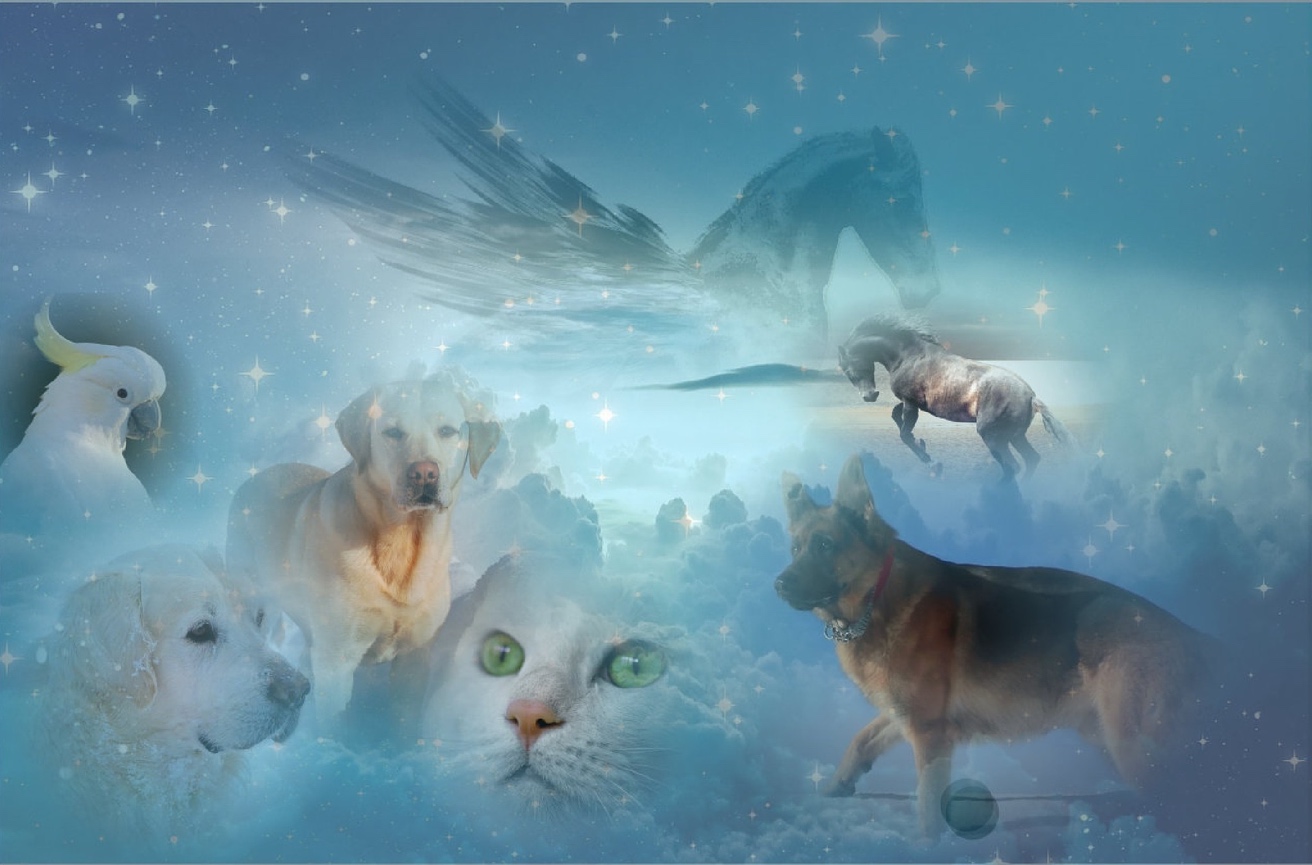 Afterlife is a fascinating sphere that will often leave a spiritual awareness of not only life beyond, but life as it is here in this worldly place and time. This experience will offer you a continued connection with your departed pets. And closure to all that encompasses your grief.

Diana Wanamaker is an Animal Communicator with a special interest in pets in the afterlife & those who have experienced trauma. Offering deeper connections between pets and their people.

Medical Intuitive, Intuitive healer & natural wellness educator and guide for pets health. She utilizes the skills gained from her Masters Degree in Social Work to offer unique care plans for the pets. Offering holistic solutions for pets and their people.

Just an everyday person inspired to share my stories & experiences. With hopes that it will connect with other’s in a positive way —
I enjoy writing beautiful words that turn difficult life experiences into something gentle and positive– A seeker of truth while following a spiritual path that hopefully inspires others to recognize the extraordinary of their lives. Believing that all outer beauty is built by first examining our inner beauty.
Down to earth–
Realist–
Speak out about what most people keep as internal dialogue–
Trail blazer! —
Give everything my best..and then some–
Perfectionist–
Spiritual, not religious person–
Good at trouble shooting problems–
Through perseverance in my own life, I have inspired other’s into action–
I am often the zebra with bright colored stripes vs. black & white stripes–
Contagious laugh–
Life long horse woman–
Everyday person, seeking the extraordinary out of life–
Strong desire to make a difference and lead a meaningful life–
Person of Integrity–
Love Animals! —