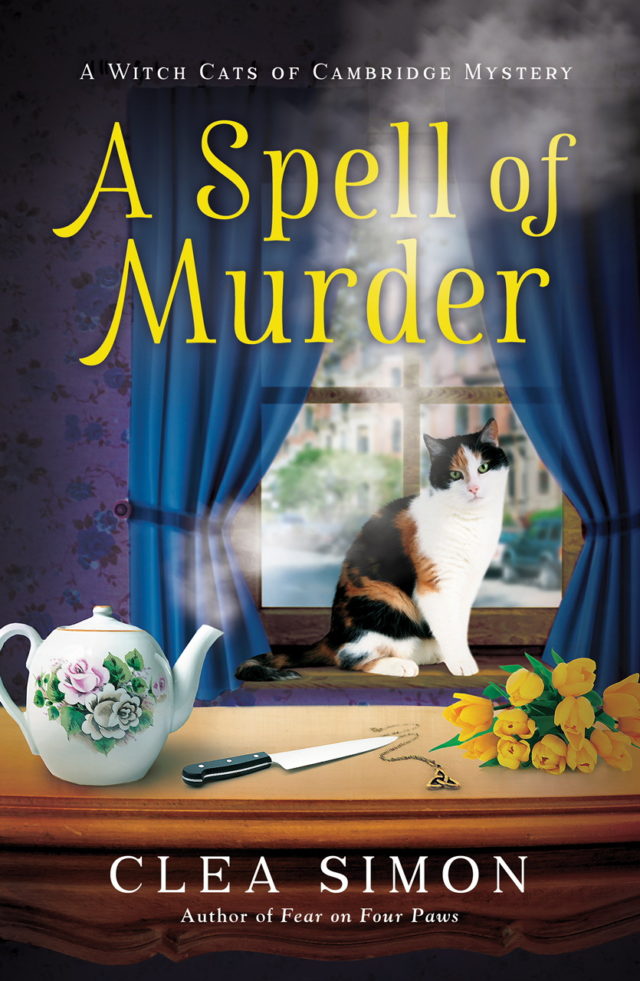 A Spell of Murder: the first Witch Cats of Cambridge mystery, by Clea Simon

Clea Simon’s new cozy paranormal mystery,  A Spell of Murder, is as captivating as a puzzle ball, a satisfying cat mystery in the truest sense.

“Magic is for felines,” says Clara as she tries to dissuade Becca from becoming embroiled in things beyond her ken, but the young woman doesn’t understand. Alas, Becca is only human, where Clara is a cat!

Clara is one of three feline sisters, descended from the witch cat of Salem, but Becca doesn’t know that. She’d only yielded to a whim when adopting the trio— little did she suspect that the cats had chosen her, taking on her welfare as their covert duty.

Clara, especially, will go to any lengths to keep Becca safe, but when the young woman begins to investigate the murder of a coven member, things get complicated. Can the little calico save her person without giving their secret away?

Murder, magic, and romance abound, but the cats are the stars of this story. Clea has woven a rich tapestry of real and imagined qualities for her feline heroines that cat people will find authentic and humorously familiar. 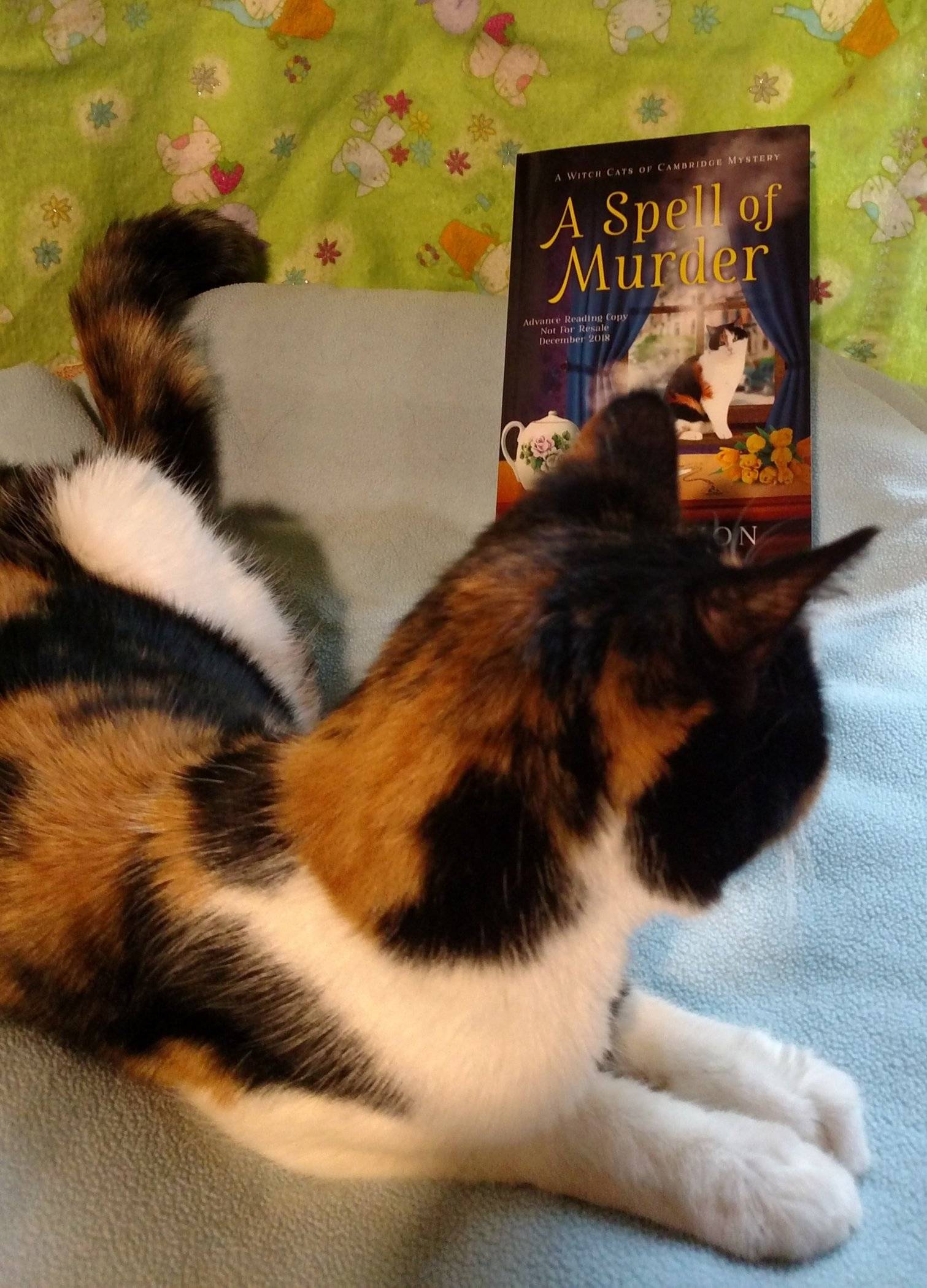 I’ve recently had the pleasure of reviewing Clea Simon’s newest book,  A Spell of Murder: a Witch Cats of Cambridge mystery.  A Spell of Murder is the first of the new series which I foresee to be purringly successful. Clea is a cat writer, and what I love about all her cat-themed stories, is the overwhelming presence of the cats. They come alive on the page, as strong as any of her human characters. All too often, a so-called cat mystery will have only a passing cat, a hint of cat, or possibly a cat picturesquely placed on the cover. But in my opinion and that of the Cat Writers’ Association, grandma’s kitty appearing briefly in the third chapter, then vanishing into thin air for the remainder of the book, does not a cat book make. With Clea’s work, there is no such fear. Her cats are front and center, believable and catlike, even though they may work magic now and then.

Clea Simon grew up in New York, before moving to Cambridge, Massachusetts to attend Harvard. She fell in love with the city and lives there still with her husband and their cat, Musetta. Clea is a prize-winning member of the Cat Writers’ Association and the author of the Theda Krakow, Dulcie Schwartz, Pru Marlowe, and Blackie & Care cat mystery series. She also wrote the rock ‘n’ roll noir WORLD ENOUGH and a handful of nonfiction books.

Disclosure: I received an ARC copy of A Spell of Murder in exchange for an honest review.

9 thoughts on “BOOK REVIEW: A Spell of Murder, by Clea Simon”