Nothing divides opinion quite as much as cats in the neighbourhood. Are they an outward sign of our sophisticated Western domesticity? Do they add a positive, calming vibe to the street scene? After all, everyone loves a pussycat, no?

Well, it depends on whether or not you’re a cat lover, and this is likely to stem from your previous experience with members of the feline population. To many people, these animals are a right old nuisance. They fight with other cats, catch birds and mice, are noisy creatures in the night and shamelessly use neighbours’ gardens as their toilet.

In addition to domestic cats roaming the neighbourhood, there’s also the problem of feral cats to contend with – and Britain has over 1 million of them. But what exactly are feral cats – how do they differ from our cats at home and should we treat them differently?

What is a feral cat?

First off, it’s important to draw a distinction between stray cats, wild cats and feral cats. Stray cats are simply domestic animals that have been abandoned by their owners or have strayed from their home and got lost.

As far as wild cats are concerned, the British Wild Cat (Felis silvestris) may look like a domestic tabby but is actually a wild species. There are about 2,000 of the in the UK, all of them living in the Scottish Highlands where they enjoy strict legal protection through the Wildlife and Countryside Act 1981. Sightings of wild ‘big cats’ such as leopards, jaguars and pumas are occasionally reported in the media but the factual evidence for these appearances is shaky at best.

Feral cats are descended from domestic cats but they are born in the wild and live without human contact. Without the same socialisation received by domestic kittens, feral cats don’t have the same ‘tame’ attitude towards humans. In fact, if you adopt a feral kitten or cat, the animal may have a lot of trouble getting used to living in a human centred environment. In the same way that you would be careful when approaching a fox, caution is always advised when you’re near a feral cat. 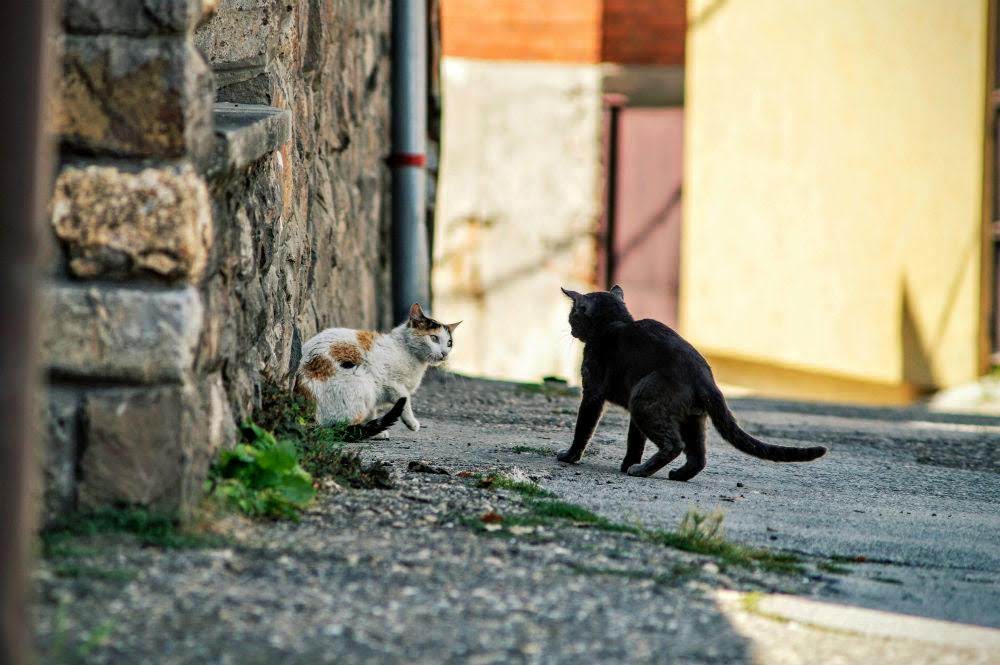 Interestingly, unlike their domestic counterparts, these are not solitary animals. Instead, they tend to live in feral cat colonies, typically in an area that has a sheltered hiding place – perhaps an abandoned building or basement – and where there is easy access to food. There’s safety in numbers; grouping together clearly increases their chances of survival and looking after their young. Unsurprisingly, given the harsh conditions and abundant predators such as foxes, dogs and birds of prey, the typical lifespan of a feral cat is only 2-5 years.

Are they cute or dangerous?

While your general attitude to cats will a play a role in how you view feral cats, it would be incredibly naïve to assume that they are no different to our domestic felines. Since they’re not used to being around people, indeed have every reason to be scared of us, a feral cat is likely to be extremely shy and may be aggressive when approached by a person, however well meaning.

Feral cats have a higher chance of carrying parasites and nasty diseases, many of which can be transmitted via contact to humans including toxoplasmosis and giardiasis, rabies and campylobacter. As long as sensible precautions are taken when you come into contact with a feral cat, this need not be an issue.

More problematic is the fact that feral cats also carry diseases and parasites that can be transmitted to other animals, including pet cats and dogs. Since they share the same anatomy as your domestic pussycat, without appropriate diagnostic monitoring and management, there is a heightened risk of your cat contracting serious feline diseases such as feline immunodeficiency virus (FIV) and feline leukaemia virus (FeLV).

What’s more, feral cats tend to be riddled with fleas, worms, ear mites, intestinal bacteria and may carry cat flu. Your cat (or dog!) doesn’t even have to be involved in a fight with a feral cat – a disease can be caught via feral cat faeces left in your garden! 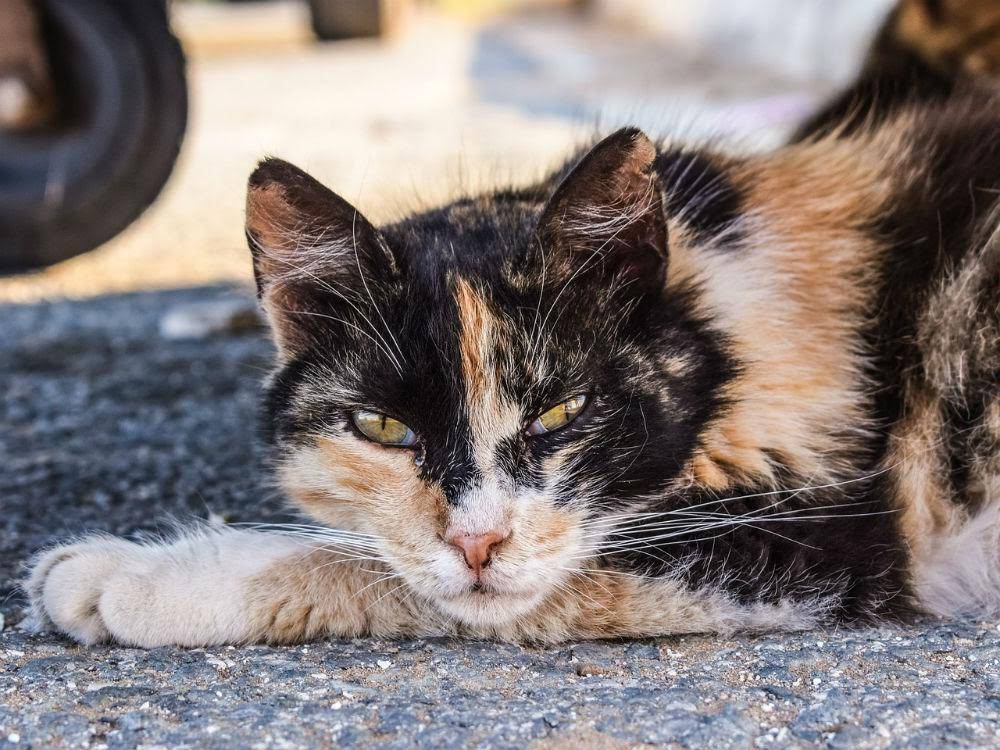 How can/should feral cats be managed?

Did you know that under British Law, feral cats are classed as ‘vermin‘ and belong to the owner of the land they inhabit? This leaves the door wide open for aggressive initiatives to cull feral cat populations or exterminate entire colonies through measures such as shooting, poisoning or trapping and killing. Quite apart from the fact that this inhumane treatment is heavily frowned upon (and putting down poison can be illegal if pets or wildlife are affected), it doesn’t even work. One colony will simply be replaced by a new incoming one, and the problem persists.

An alternative approach are Trap-Neuter-Return (TNR) programmes that aim to sterilise adult feral cats before releasing them back into the colony where they can be appropriately managed. Kittens may be adopted as pets. However, there is some doubt regarding the long-term effectiveness of these types of programmes, largely based on the fact that feral cats in managed colonies are well fed, which in turn attracts more animals.

In some countries, the management of stray and feral cats has been extremely successful. Indeed, in places such as Rome, the Turkish tourist resort Kalkan, the Florida Keys and Japan’s aptly named Cat Island, cats are not only an accepted part of the scenery, they’re now a major tourist attraction.

Ultimately, the solution is bound to lie with humans taking their pet ownership seriously. At the heart of this lies the responsibility to neuter every domestic pet cat, since unsterilised cats are effectively the source of virtually all feral cat colonies.

In the UK, leading feline welfare charity Cats Protection is running Cat Watch, a census designed to find out the scale of un-owned cats and to track homeless cats in the UK. Individual communities are encouraged to report sightings of feral cats in their neighbourhood, so they can be caught, neutered and looked after appropriately. It’s an ambitious project but surely a step in the right direction.

6 thoughts on “Feral Cats in the UK – Adorable or a Danger?”