How I became Houdini the Dancing cat 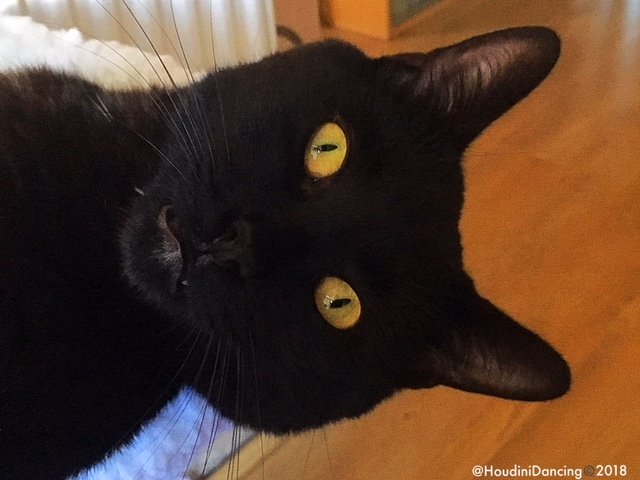 I was adopted at a rather young age of about 4 weeks old. The previous owners of me, named me Houdini because I was always trying to escape! Mum kept my name as it was as she liked it, she just didn’t know I would actually live up to that name!
From about 5 months old I started to open cupboards. I have to admit being a cat I thought it was funny to hide in the cupboard and let mum panic as she thought she lost me! I opened the cupboard and got in it, mum then shut the door never realising I was actually in the cupboard. She spent 15 minutes frantically looking for me.
After that no draw or cupboard was safe! I was always on the hunt for treats, mum has, unfortunately, hid my treats from me! She came home to all the cupboard doors open and treat wrappers on the floor. They were very nice and I was starting to live up to the name ‘Houdini’
Because mum hid my treats this meant that I had to think of a way of how to tell her I wanted a treat! So, I started to dance and sometimes meow! Mum thought it was so cute, she would always get me a treat! My plan had worked and I now have my mum wrapped around my paw!

I dance on a daily basis, I meow at her too, sometimes I have to put my paw down to get her to give me a treat!
I also dance when I want to go out on my leash to roam around the garden. I also sometimes have to spell it out to my mum and actually go and pick my leash up and put it down on the floor. Around my area, unfortunately, we have busy main roads and did have a spell of people being mean to cats. So, my mum won’t risk it.
I even have a catio (or a cat run as its also known as)!  It’s brilliant!! I am always saying high to the neighbours in my own way! I am known around my area! You don’t see cats on leads that often so when you do, you remember! 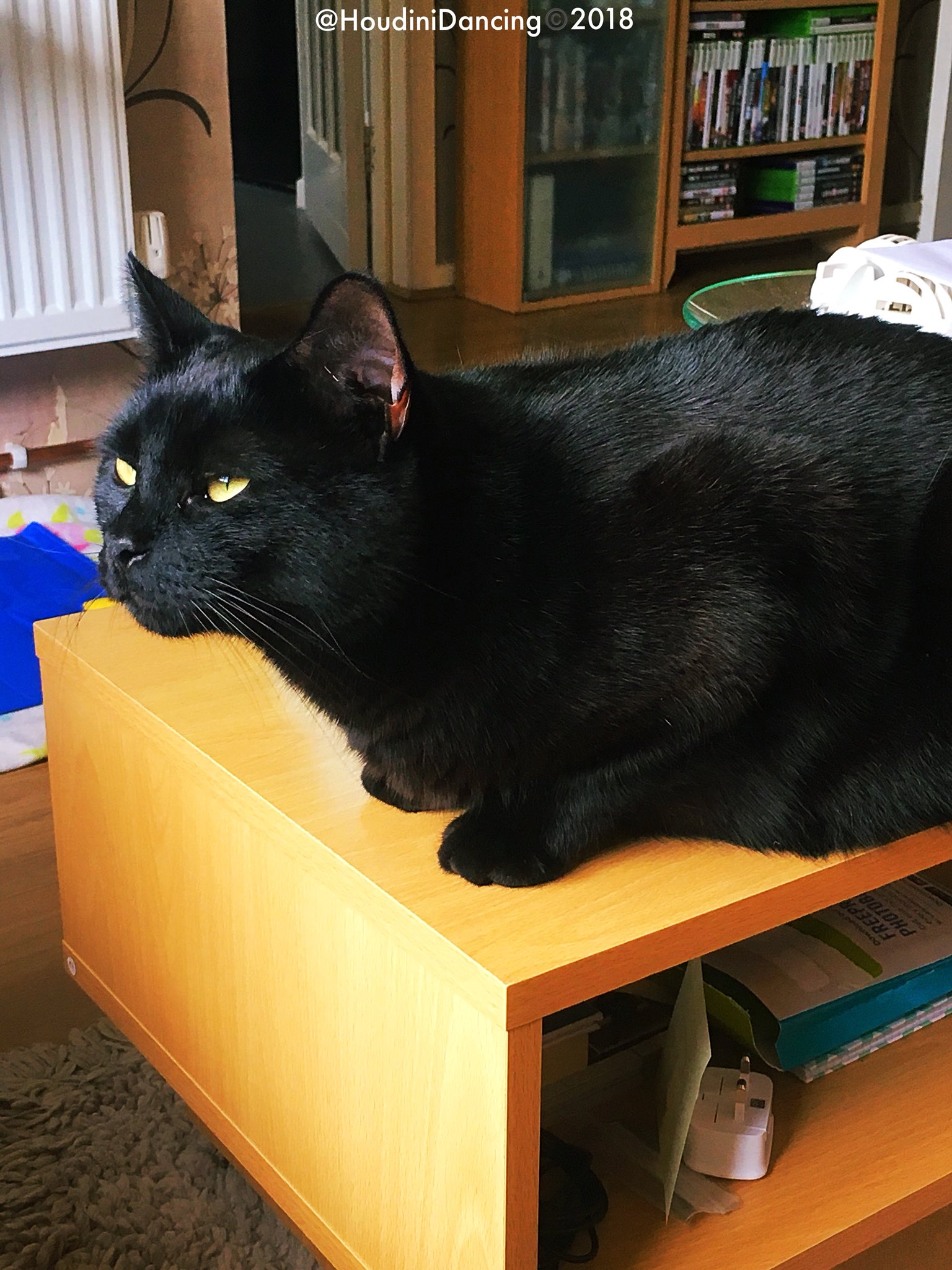 More importantly, I am my mums’ therapy cat, she never knew that I would become that and I didn’t either! Mum has disabilities that restrict her life in many ways, she also has PTSD from childhood abuse. I like to comfort her when she’s not well and lick her tears away.
Mum also feeds the homeless cats around the area, she has attracted birds and wild hedgehogs too! I’m not exactly keen on other kitties as I am too territorial so, even though mum would love to adopt another kitty, she won’t. I’m her first priority!
We are always having adventures and today I heard the word vets!! So, I know I’ll be going to get an injection near my butt like last time! Wish me well for this appointment!
Remember, when your humans don’t give you treats when you want, maybe dance a little and meow. Look cute and I think they will give in to your demands! 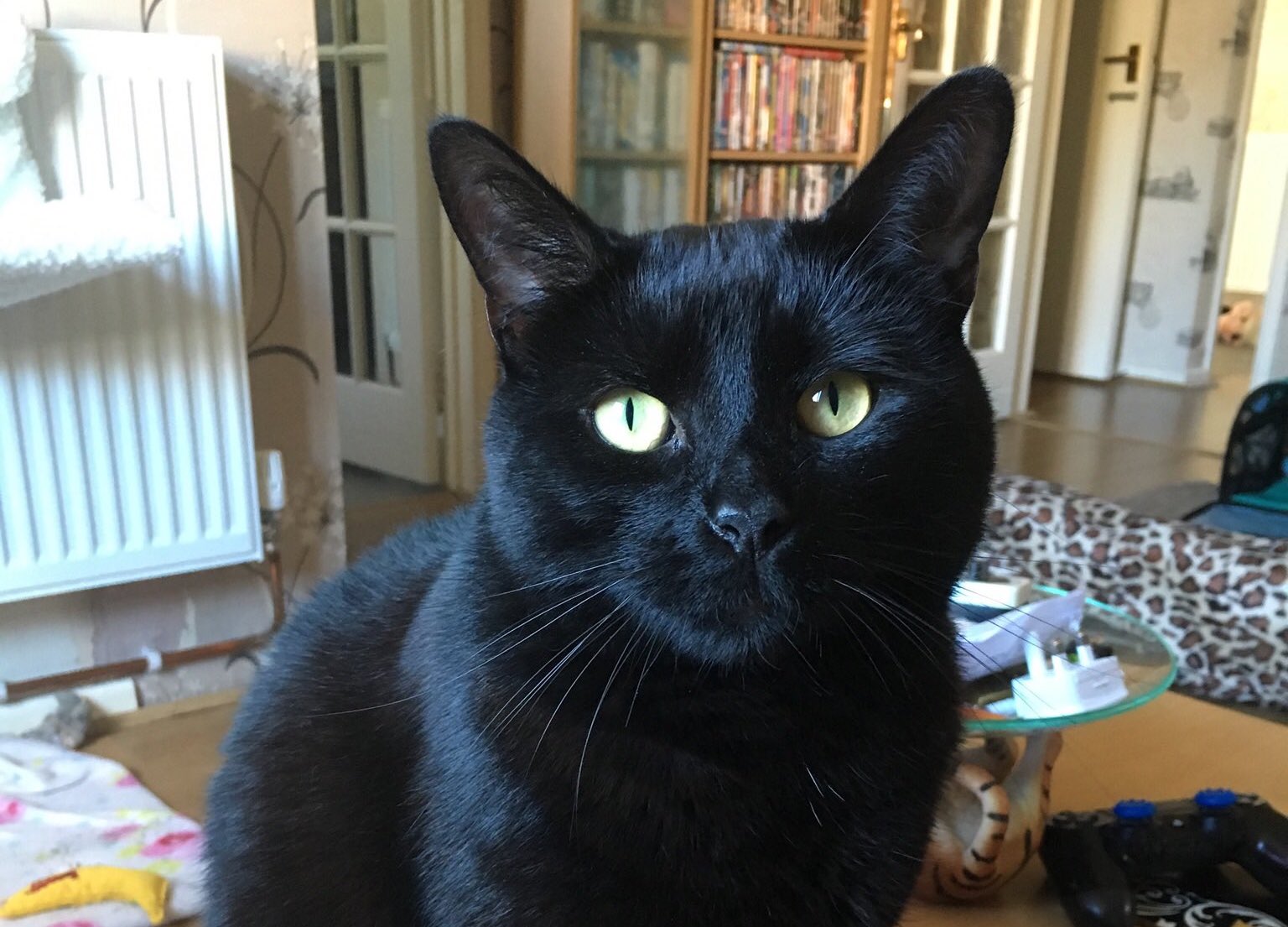 30 thoughts on “How I became Houdini the Dancing cat”