So Marc-Andre and Iain have asked me to introduce Ron to you all.  The first thing anyone says about Ron is how cute he is, rapidly followed up by what breed is he?  Well Ron is rather special as he is an American Curl Longhair.

I was lucky enough to first come across the American Curl when I met Claire Winman whilst showing my Maine Coons with The International Cat Association.  Claire was the founder breeder in the UK and has bred some of the best Curls to be shown across the world.  The history of the breed is fascinating having first occurred over 30 years ago. 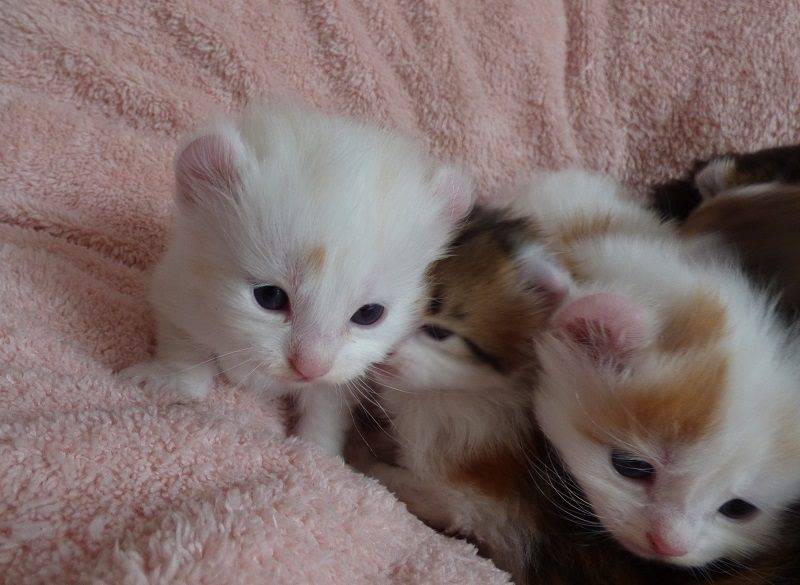 The American Curl was born of a natural genetic mutation that first appeared in Shulamith, a stray black kitten with long, silky hair and strangely, ears that curled backward. She found her way to the welcoming door of Joe and Grace Ruga in Lakewood, California.

Shulamith had a litter of four kittens by an unknown father, and two of them shared her curly ears. A consultation with a geneticist showed that the trait was caused by a dominant gene. Cat fanciers began selectively breeding the cats in 1983, and the new breed, named the American Curl, began to be registered by the Cat Fanciers Association in 1986. They were recognized by The International Cat Association in 1987 and achieved full recognition from CFA in 1993.  To this day Grace is still actively involved with the breed. 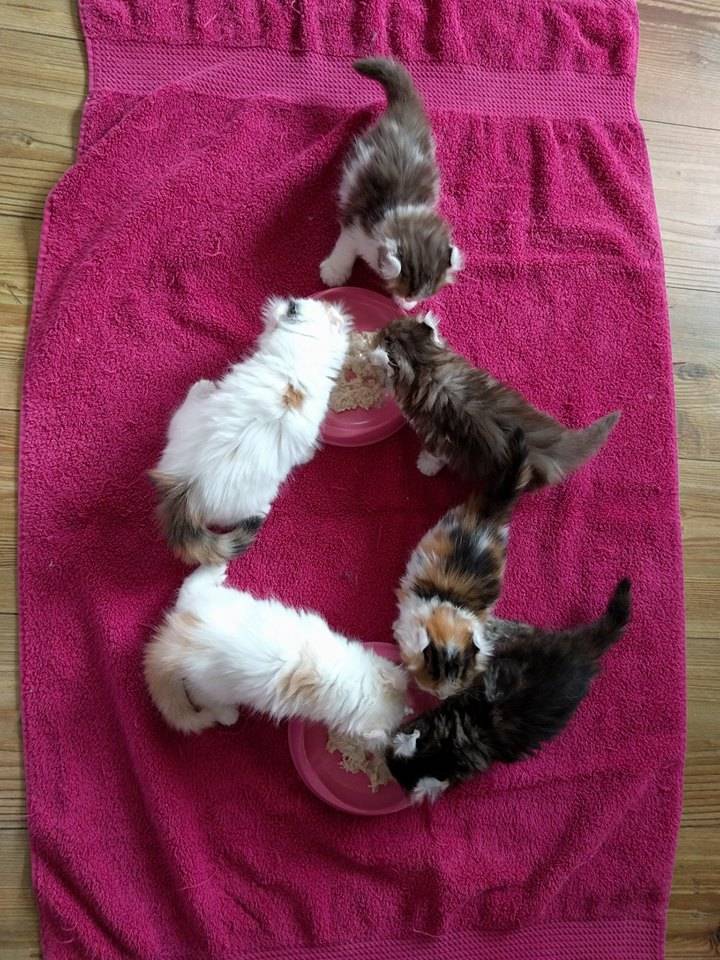 So having fallen in love with Claire’s Overear American Curls I hesitantly asked Claire if I could one day have one of her babies to show.  Because of the way Curls ears develop you don’t know if they are going to be good enough to show until they are at least 4 months old.  A few years later and Claire finally said she had just the kitten for me, I was so excited and in September 2016 I drove to Claire’s to collect Ron, I had saved a very special name for him to be registered as, Overear Drops of Jupiter after one of my favourite songs by the American band Train.  So Ron left his siblings, George, Fred, Hermione, Fleur and Ginny to join my household of Maine Coons and a Nebelung. 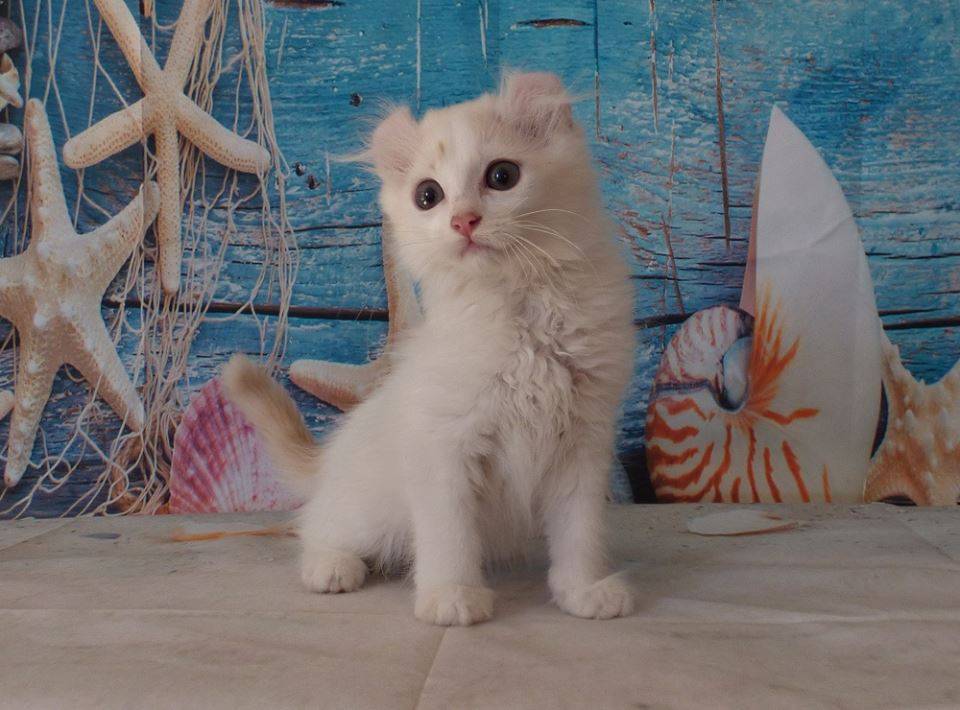 Ron fitted in with my gang with ease and was just the cutest kitten ever!  Curls just have the most wonderful temperaments, they are often described as the Peter Pans of the cat world and it’s so true! Ron reminds me of Puss in Boots from Shrek, it’s those gorgeous eyes! 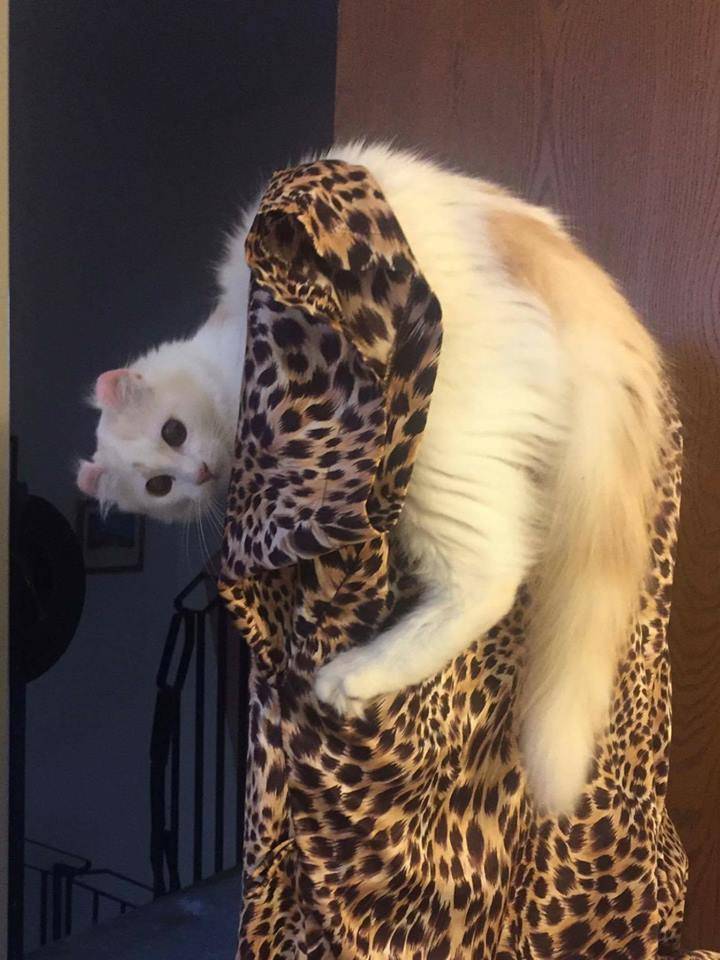