The featured image and the one below shows our latest rescue from Bulgaria. She is the 9th cat we have adopted from Eastern Europe and we haven’t regretted a single one. They are all intelligent, incredibly loving and they get on together like a house on fire. We just bring them home, open the cat basket and have no problems at all.

I spotted Marta on Facebook – a short video from a friend of a friend. It was obvious she only had three legs and one remaining eye and clearly wouldn’t survive on the street. A pack of dogs took her leg some time ago. She had a home once, but after her “Dad” died, the daughter got workmen in to empty the house and everything was thrown by the side of a busy road, with Marta the cat on top. She must have gone to a neighbour for food and he hit her with a large stick (the Bulgarian translation was a pole). It damaged her eye beyond repair.

I turned to the only person who could help, my friend Bistra Datzova, who runs a rescue called the Cat House. She collected Marta for me early the next morning and took her straight to the vet. She stayed there for three weeks being treated, before moving in to the Cat House. Bistra rents space where all her rescues can live with a certain amount of freedom, surrounded by beds and cat toys. The sad truth is that most rescuers in Eastern Europe are only able to house their cats in cages at the vet. I’m used to it now and while they wait for their new homes it keeps them off the streets, where they would otherwise be killed by dogs, shot or poisoned. The Cat House is a vast improvement on that though.

It houses up to 55 cats at any one time, but can only keep running on donations from supporters, who are always thin on the ground. There is the monthly rent, cat food, litter, worming and flea treatments, not to mention the massive vet bills. Bistra takes on cats that others can’t afford to fund. There are losses, but also small miracles. Just take a look at this video of Leon who was passed to the Cat House from another rescuer earlier this year. It’s a tough watch at the beginning, but the transformation at the end is heart-warming. He wouldn’t be alive now had it not been for my dear friend.

The Cat House is run by just three girls and one who helps out at weekends when she can. If you would like to offer support (and even the smallest amount would help), then why not follow the Cat House on Facebook? https://www.facebook.com/Cat-house-521267061344013/ Please don’t be put off by the language barrier. Facebook translates (badly sometimes) from the original Bulgarian, but Bistra speaks perfect English and German as well I believe. There are always wonderful cats and kittens needing new homes. There will be a home check and a contract to complete. The rescuers will do all the paperwork on your behalf and also arrange transport. The cats will have FIV/FeLV tests, be vaccinated, wormed, chipped and have their passports. To Germany the adoption fee is 150 Euros in total. For the UK, there is no adoption fee, but you pay £170 for the transport. It’s easy and not much to pay to give a cat another chance at a new life – like little Francie in the photograph below. She was going to be put to sleep because her owners didn’t want her any more. She is patiently waiting for another home. 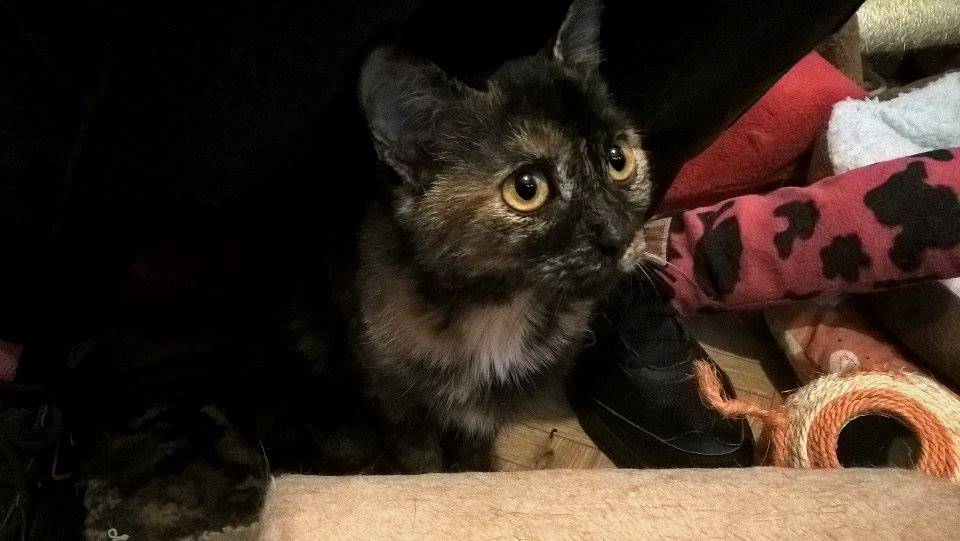 For those who feel they aren’t up to donating or adopting, I have created a Red Bubble shop where 100% of the profit will go straight to the Cat House. Orders can be taken anywhere in the world except, Iran, Cuba, Sudan, North Korea, Syria and the Crimea. If even this is too much, then please help by sharing. Thank you. https://www.redbubble.com/people/Zooey1/shop?asc=u

6 thoughts on “The Cat House”