Christmas came early at the zoo the other day. Marc kindly asked if we wanted to test some of the 4cats toys and with ten cats at home, I jumped at the chance. The box arrived very quickly and the cats didn’t waste any time gathering around. I did have plans to take my camera to the local wildlife reserve, but as they were already ripping the cardboard to shreds, I decided to open it up and have a little photo shoot instead.

The first thing that I noticed was how well the toys were made. Safety has always been a big concern and yet I couldn’t fault any of the items. There was a good selection too. Large and small, all very colourful and the cats wasted no time piling in. Even Gremlin our Devon Rex, who normally wouldn’t get so close to the others. Then Merlin walked in, rolled over and started washing one of the large cuddly knots. At the grand old age of 16, he still goes out in the garden, but we haven’t seen him play with a toy for many years.

The featured image above shows timid little Foxy who fell in love with the heart.

Keeping a close eye on her new toy. 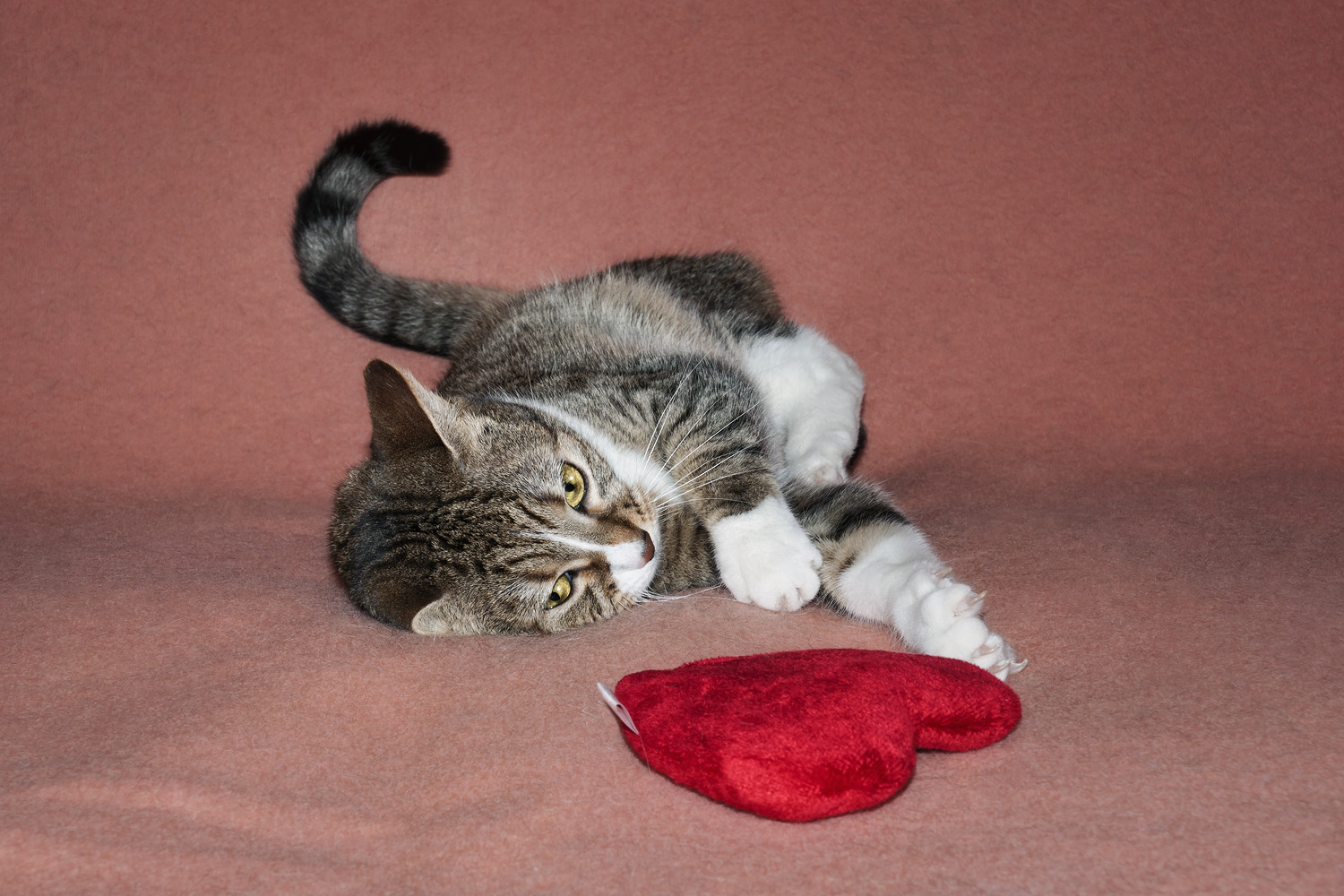 She ran off with it once her session was over. 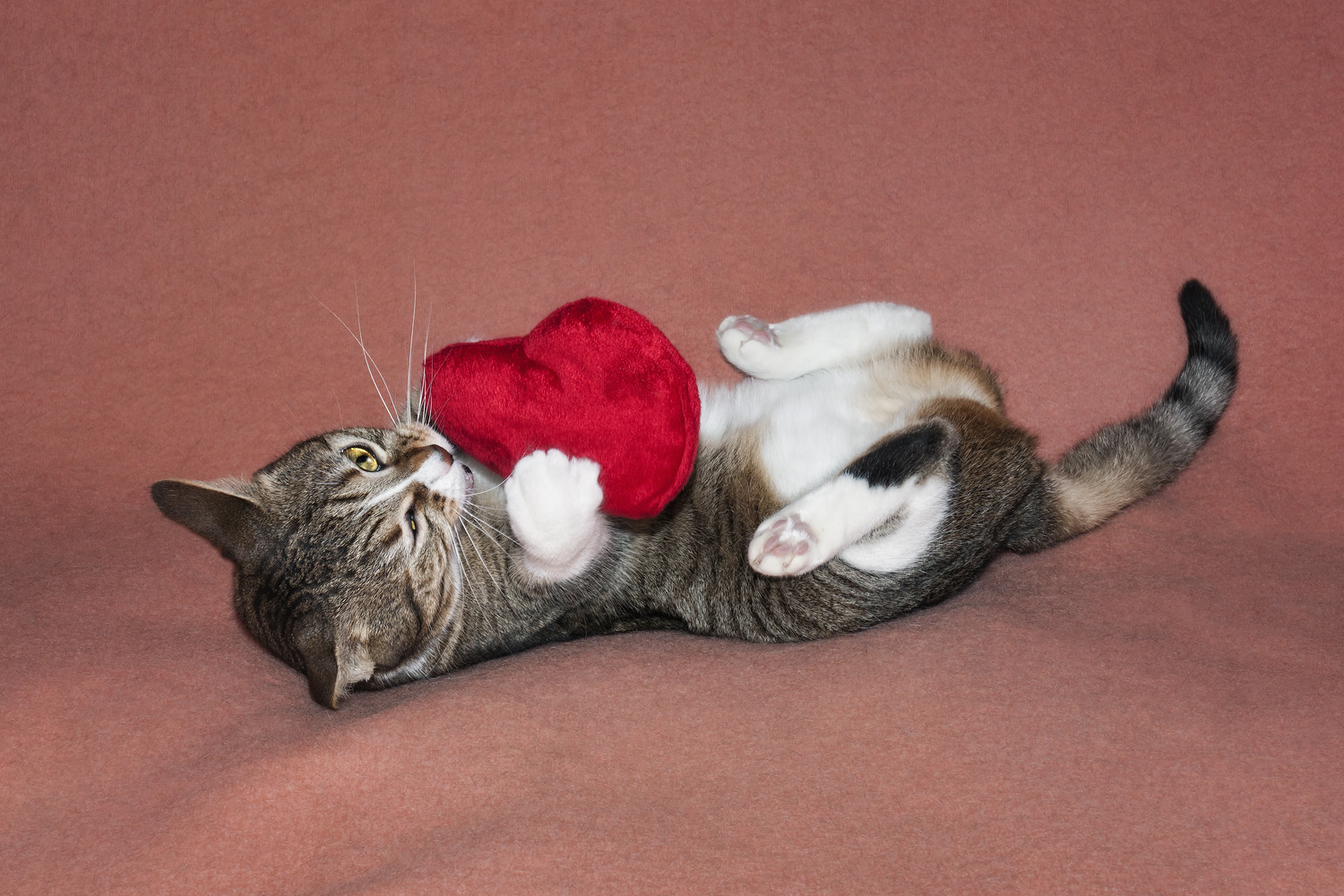 Bubu is attached to the dolphin and hasn’t left it alone since it was opened up. 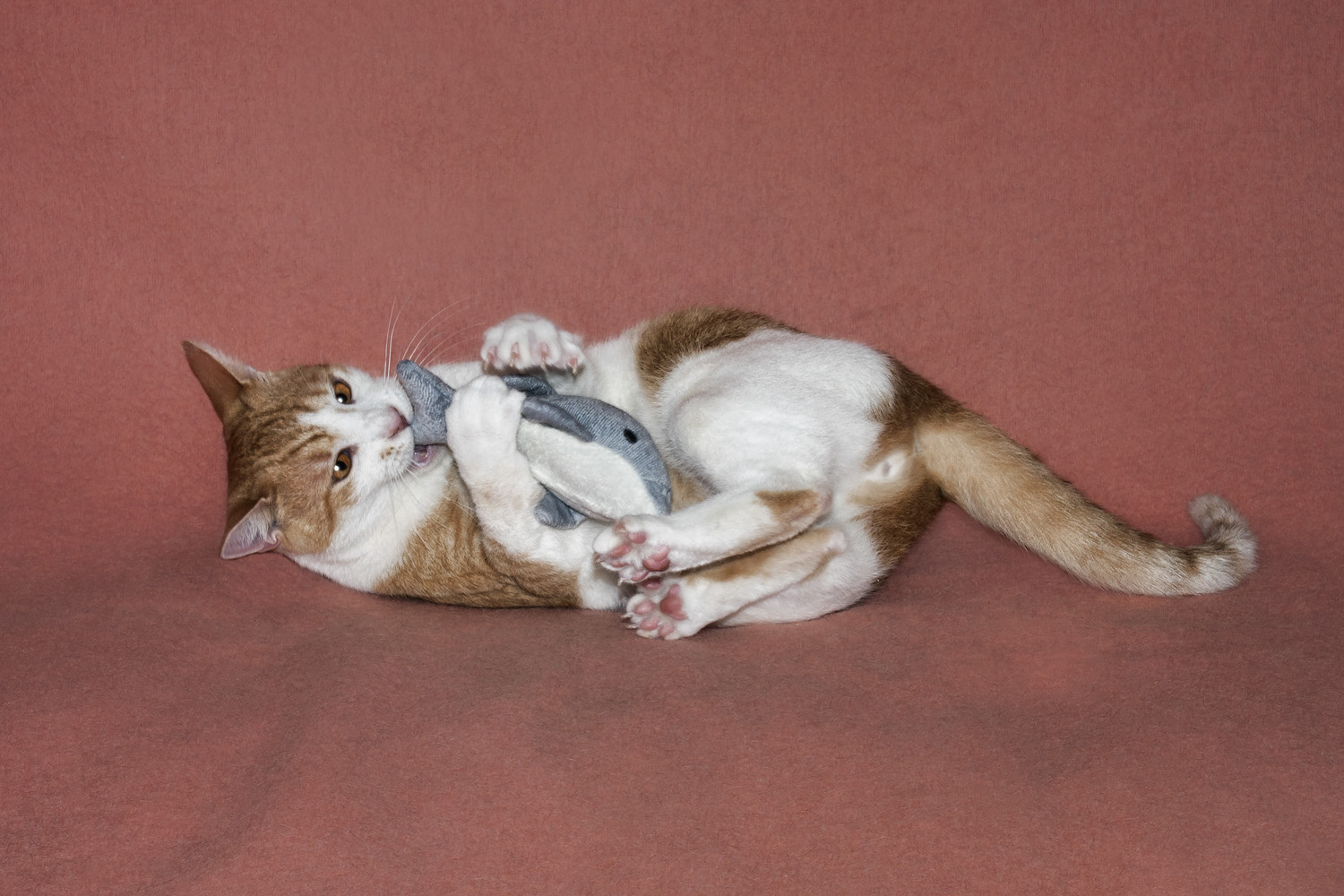 You can see how well it has been made. 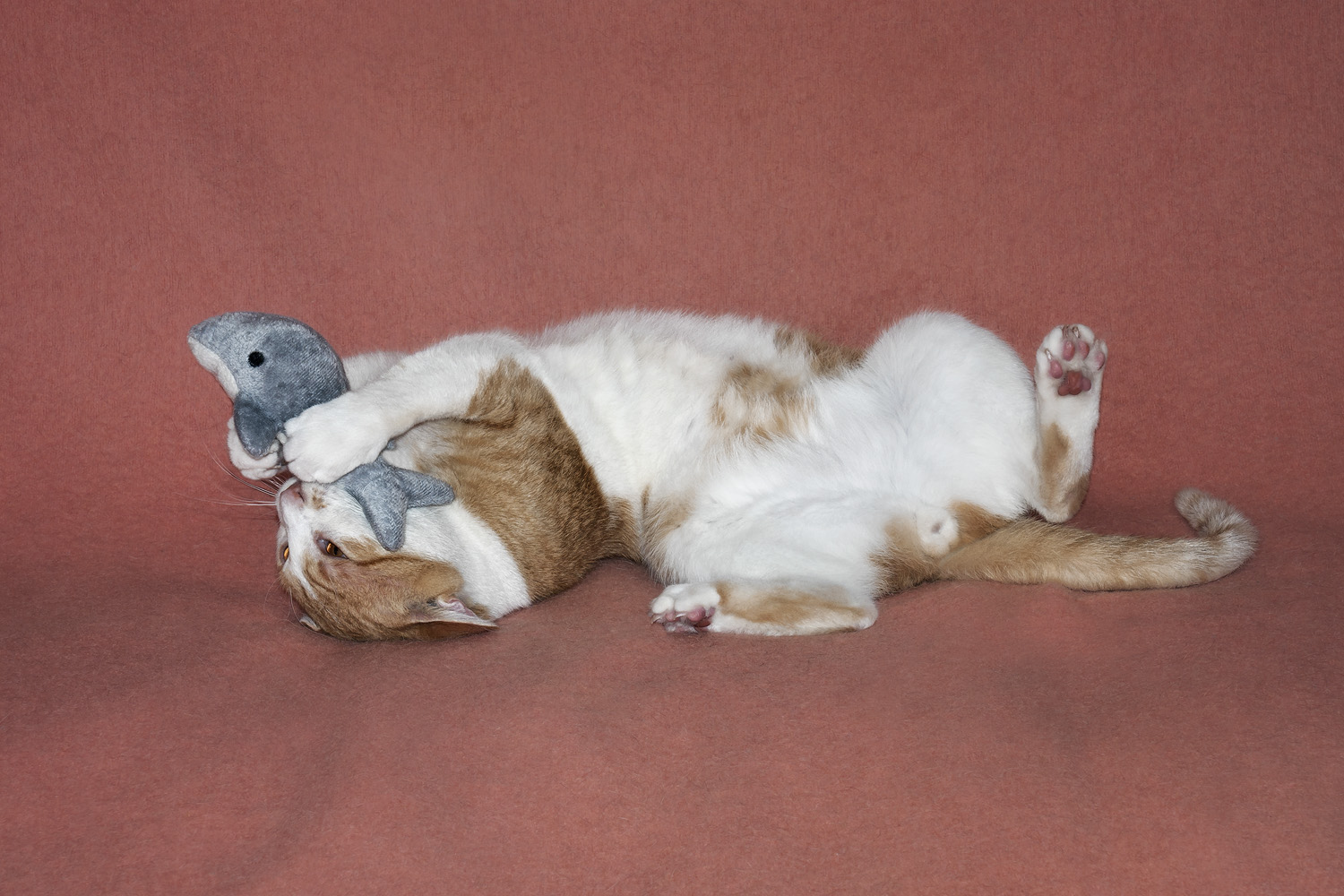 Finally Buddy playing with one of the colourful sacks. 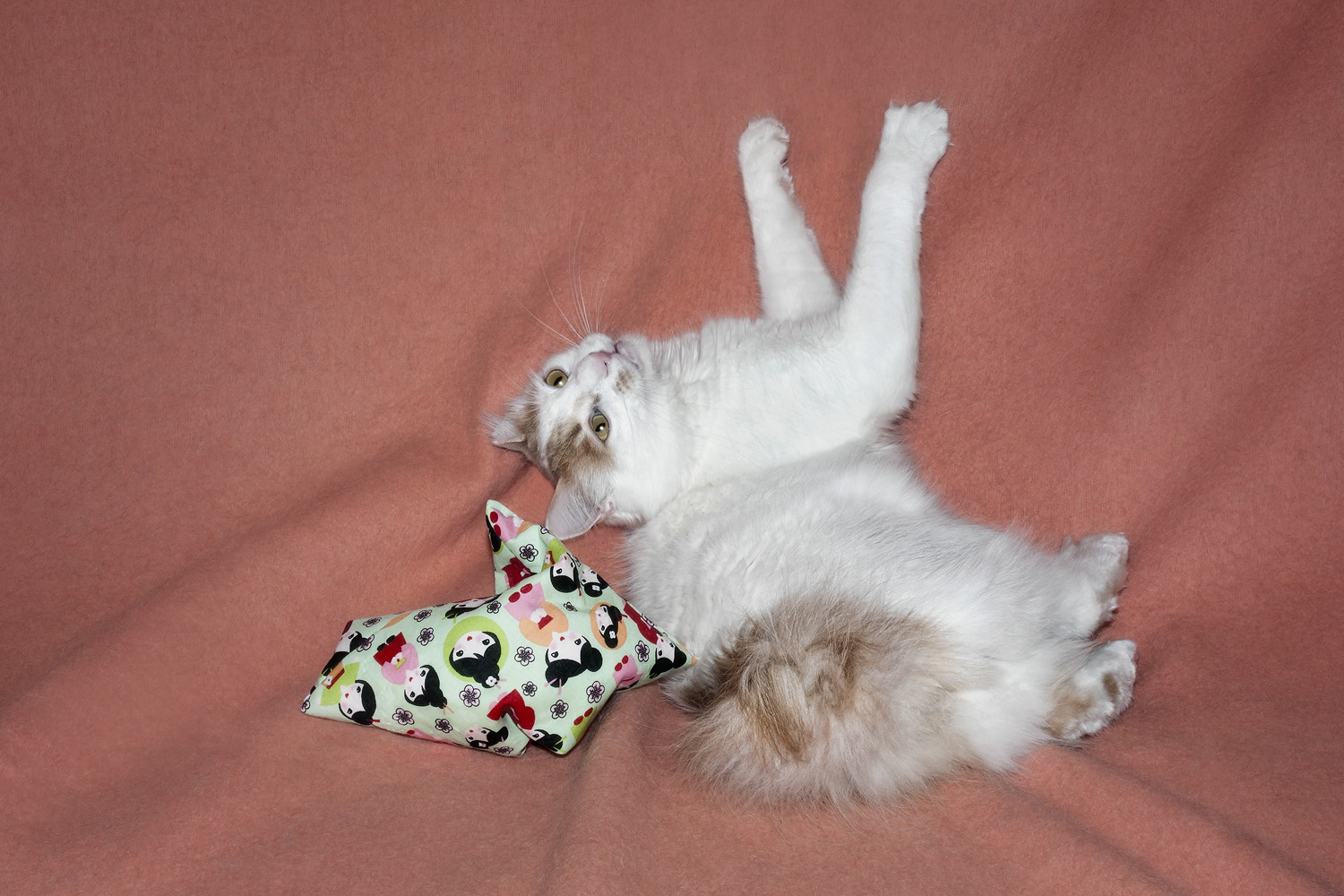 It was quite soggy by the time he had finished. 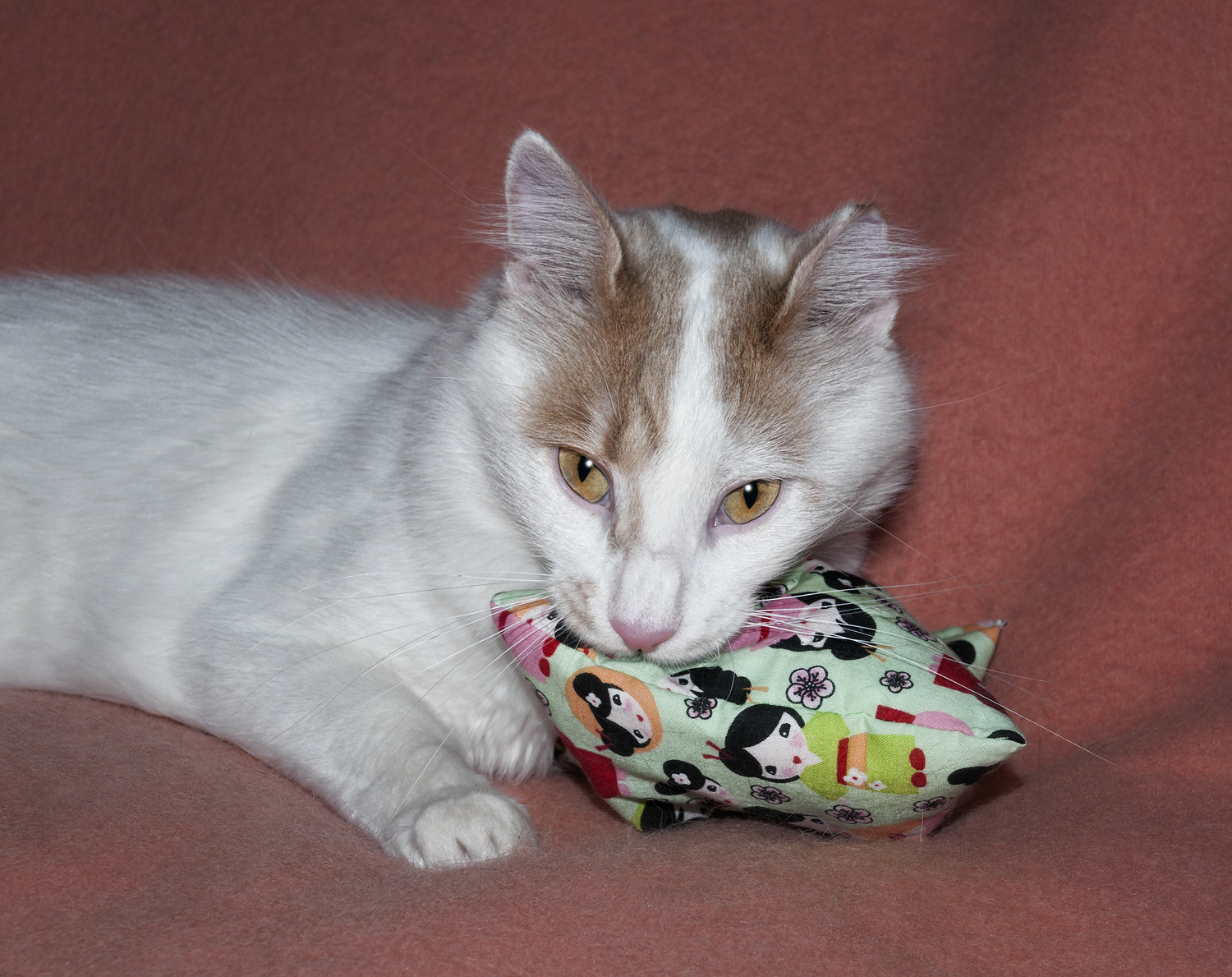 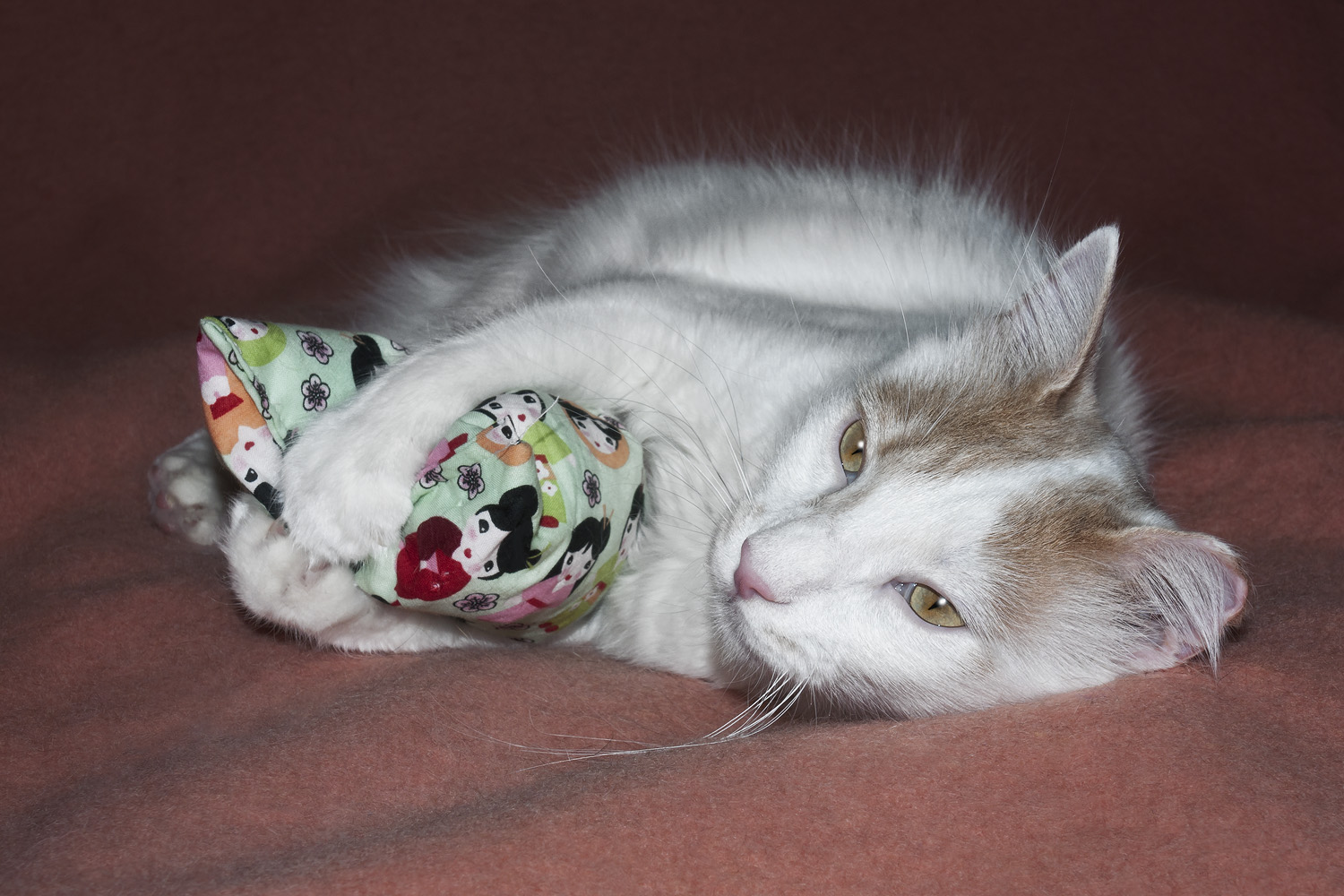 In the end I had more photographs than if I had gone to the reserve and the cats are thrilled with their new toys. Thank you very much for letting us test these fun cat products. If you’d like to get some they are available for international delivery via the Katzenworld shop.

Edited to say that ten days later, DeeDee is still having fun with the little dolphin. 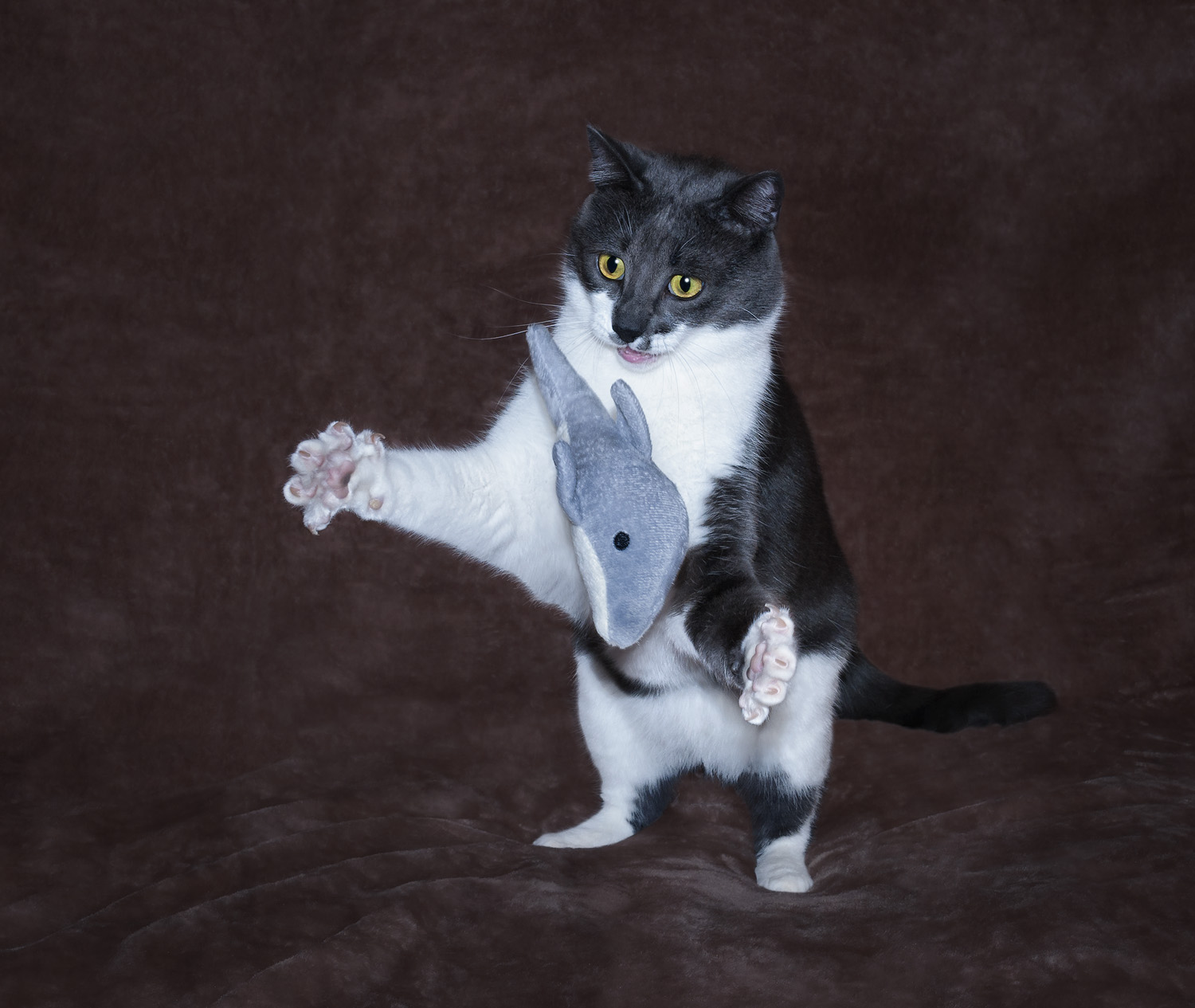