Hi, cats people! We are here to tell the tale of two little lucky cats. Ok, we are not here to simple “tell”, but more to “show”, since this story will be a webcomic! It will be a series of comic strips that will follow the path of two cats (two ginger felines, of course), but before we start with the comic, it’s better to explain briefly how all this started…

Lily and Vitali were not simply “adopted”. We had never thought about taking a cat (and certainly not two cats!), dogs are our passion and we thought instead of taking a rottweiler.
Obviously, the Rottweiler will come in due time, but … but first they arrived.

One morning I was going to take my sister to school when I saw a box next to the garbage dump, an open box in full sun. And inside was a kitten, a little dehydrated, now motionless, almost dead, I thought. I could not help but pick it up and take it home.
My father, though he have no experience in kittens, took care of the kitty as he would do with a puppy and she did resume. You know that a newborn kitten (and this could not have more than two or three days, he still had the umbilical cord attached) must feed every two hours?
That holy man that is my father did not sleep all night long in order to help her (did I mention that my father really loves any kind of animals?).
Anyway, here’s the cat that we have saved: 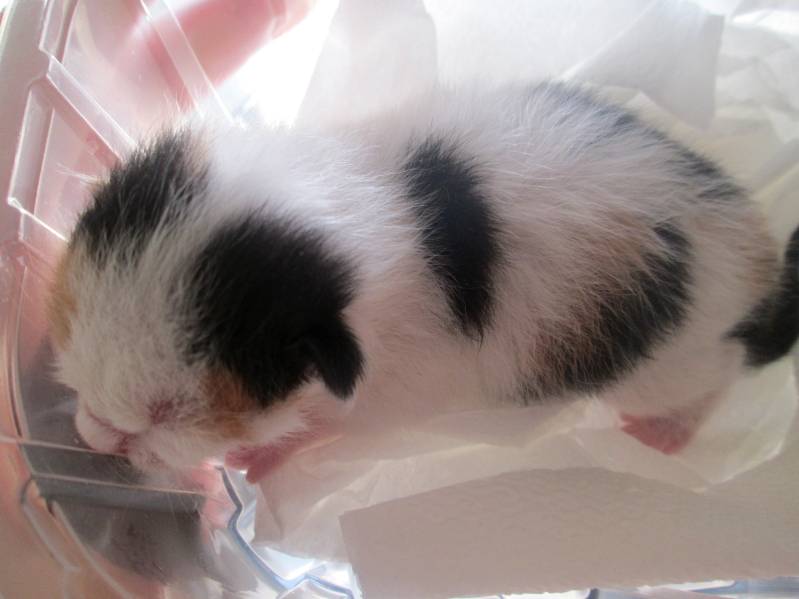 Yes, this cat is not red. In fact, this cat will be called Chloe and now belong to a friend of ours, Annarita.
So, what about Lily and Vitali?
Now we get there! So we could not go on like this until the kitten was not weaned, not to sleep at night to feed him every two hours, the kitten also needs the warmth of a mother (she was crying a lot) and its antibodies, transmitted through milk.
So I looked on the internet for help… and found it! Ms. Sgambetterra offered us his help because her beautiful house cat, Neve (it means “Snow“, in Italian), had kittens.
Luckily Neve accepted Chloe as her kitten!

So we saved a kitten.
Chloe would come back to us once weaned, but I was very impressed by the kittens with red fur, the same as that of their wonderful father, a ginger cat with a big round head.

Aaand… Ms. Sgambetterra decided that we could pick two of the kittens. We were so in love with them! Dad said immediately, without even thinking, “yes”.

And here, finally, starts our story:  from the inside of a box (used for transporting the kittens), in a normal day of a normal summer…

Ps. Sure that you will see more of Two Red Cats on Katzenworld! But for extras, even more photos, and to see the strips before anyone else, check out Two Red Cats official blog! It will be fun 😉

Hello! Hello everyone!
We are two sisters, who are passionate about art, animals, writing and tv series.
We are also probably the most prolific artists who you have never met! In just five years we have produced more than 8,000 artworks and several books.
We draw fanarts, furries, original characters, animals and much more!