Anxious whispers and panic about how and when flavoured the whole house. HuMum and HuDad were beside themselves! What was the fuss about, I had no idea. Lo and behold, I sneaked into the living room one wet afternoon and stumbled across the Freedom Square, I believe that’s the proper name.
FurMum used to tell us stories about it; a bizarre world that was made of soft stuff where FurBabies were fussed by an odd, fur-less species. I would never have believed if I hadn’t seen it with my own eyes. 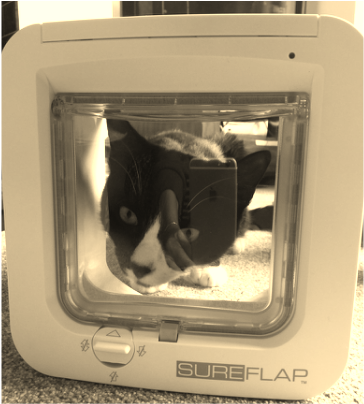 This Freedom Square acted as the door into FurMum’s world, a bit like the wardrobe into Narnia. I was going to get to go on Bentures and having been pawsed for a long time, I was about to discover life through my teenage eyes. Finally.
Of course, I was practically 80 years old in human years; HuMum was terrified of me leaving the den and getting hurt. She used to sometimes just look at me and cry. O-EM-GEE – I often pretended I was asleep. It was soooooo embarrassing!

But, obviously HuMum had to give in and let me out… something about ‘natural instinct’ was banded around.

HuMum thought the danger was CarMonster. What she didn’t realise was that the real danger was Poppy; the glossiest, most fabulous SheCat I have ever seen, (Needless to say, she was also one of the most frightening)!

Prince’s “could you be, the most beautiful gurl in the world..?”springs to mind… 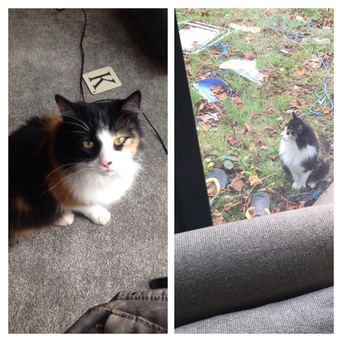 I’ve heard HuMum call Poppy her first pet – but I know that she actually lives in the house next door – with two of her own Fur-less species. Not sure how I’ll do it, but at some point think I’m going to have to find a way to tell Poppy how I feel.

Oh and then there’s Tigger too. Hmm, he thinks he’s the alpha male around here. Well, I’ll show him… Scrappy Do, my hero, used to say, “lemme at ‘im…”