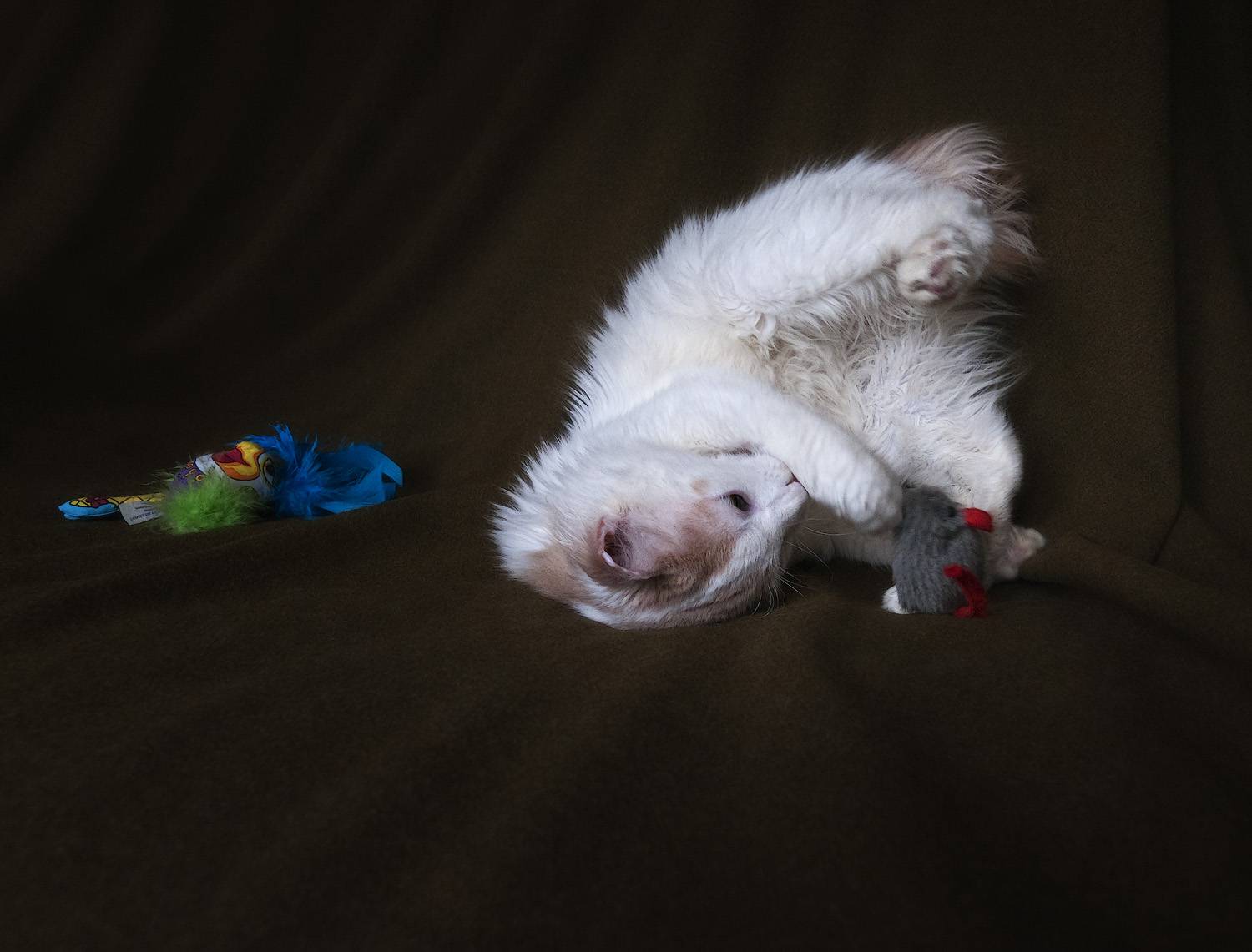 Our cats love to play. The images featured above were taken of Buddy only a couple of days after he arrived as a rescue all the way from Plovdiv in Bulgaria. He didn’t have a great start in life as a kitten living alone on the streets. Someone had damaged his tail as a baby, but when he was found later with part of one ear badly burnt, he was offered for adoption by a wonderful rescuer who was to become a very dear friend. My heart went out to the little scrap and arrangements were made to have him picked up and transported to Sofia, where he lived in a vet clinic until his injuries had healed. He then spent a couple of weeks with my friend until we could get him on the next available transport to the UK.

We collected him from a cattery in Essex after the required two day stay and brought him home where he was immediately welcomed by our other Eastern European rescues. It’s amazing how they bond so quickly. All seven will eat, sleep and play together and yet they came from five different rescuers. They are the most loving cats I have ever known and it’s not unusual to have five or six of them piled on the bed with us at night.

In the morning, the routine is always the same. I go upstairs to their play den and turn on all their battery operated toys. They flood in after me and will play happily until the timers run out. If they are still full of energy, then their next port of call is the huge toy box situated just outside their little attic room. It’s an old plastic storage box filled with all their smaller toys – catnip mice that chirp when thrown, Boinks, balls, Kickeroos and so on. They love jumping in and rummaging around for their favourites. I was lucky enough to catch DeeDee in the act the other day and took this short video.

Zooey lives on a smallholding in Sussex with her husband, ten cats and many other assorted animals. In her spare time she is a keen photographer and has her own blog Elements https://myelementsblog.com