Is it just me, or does anyone else attract other people’s cats like a magnet? I recall a day trip to Canterbury with my other half, many years ago. We hadn’t been together long, but he had already twigged that I could find a cat in the most unlikely places. Having just left his vehicle in an underground car park, we were looking for the way out. He spotted a sign and took my hand, but it was already too late. I had seen a cat heading in our direction and we spent the next ten minutes giving him a fuss.

I once found a cat in the famous Highgate cemetery. He must have gone there to hunt in the undergrowth and he clearly wasn’t best pleased when I turned up with my rucksack and camera. He slunk away behind the headstones before I could take a portrait.

I was up in the Lake District last autumn and had parked up by a farm to make the long walk down to Buttermere where I was hoping to catch the early morning mist over the lake. I found the mist, but that wasn’t all. There in the middle of nowhere was a very friendly black and white cat. I had struck lucky once again!

The image featured above was taken of the neighbour’s cat at the B&B in Keswick. Her owners were away for a few days and she would greet me every morning as I set out with my camera equipment before dawn. Other times she could be found waiting outside the local supermarket. Her name is Poppy and she is fifteen years old.

The photograph below was taken while I was on a ten-mile circular walk a few years ago. I call him the Laundry Cottage cat. 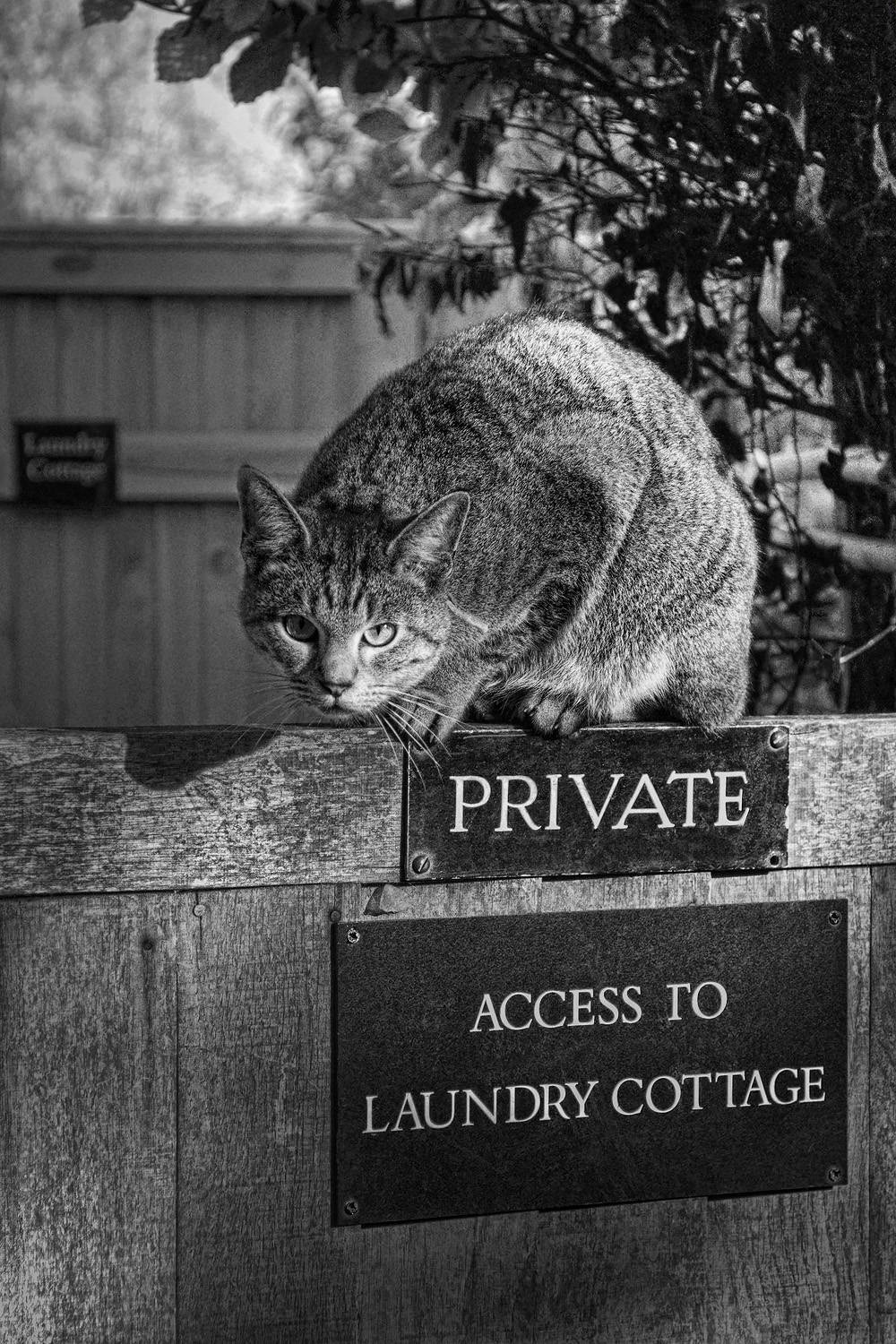 38 thoughts on “Other People’s Cats”