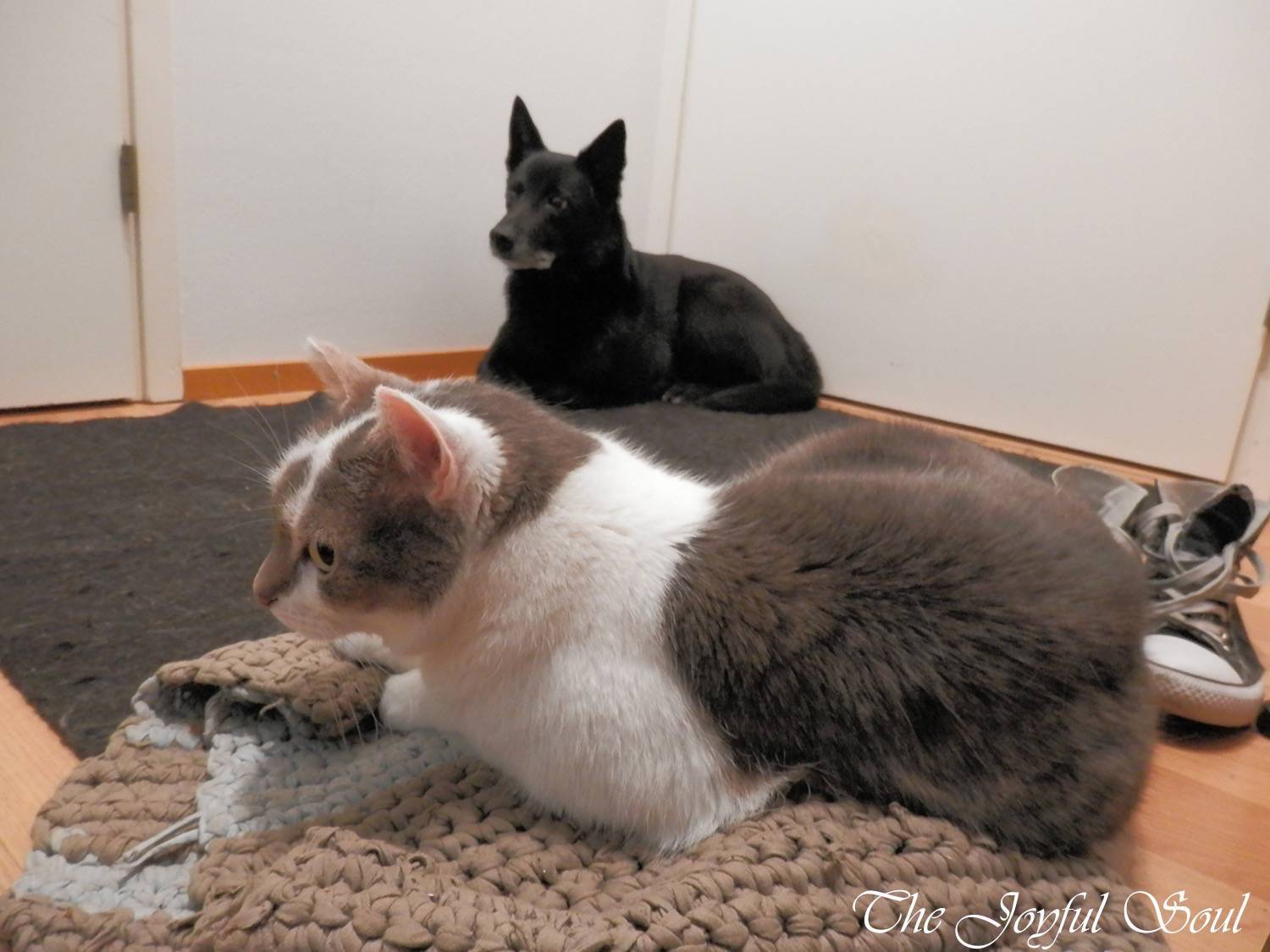 A little over a month ago we had a dog come to live with us. Initial meetings with the cats were, understandably, strained. The cats were suspicious, and a little scared, of the strange, larger creature, and Urho was confused by them in return.

It didn’t take very long at all for the boys to get used to him, though it took Lola a bit longer. Elvis quickly decided that the blanket that is Urho’s bed would be his instead. Luckily Urho decided the mat in front of the door was preferable anyway.

Lola continued to be suspicious, and avoid him to an extent, for a fair bit longer than the boys did. Even so she’s now happy enough to be around him and, like the boys, doesn’t seem to mind sharing space with him. No cuddles between any of them, but I didn’t expect that. 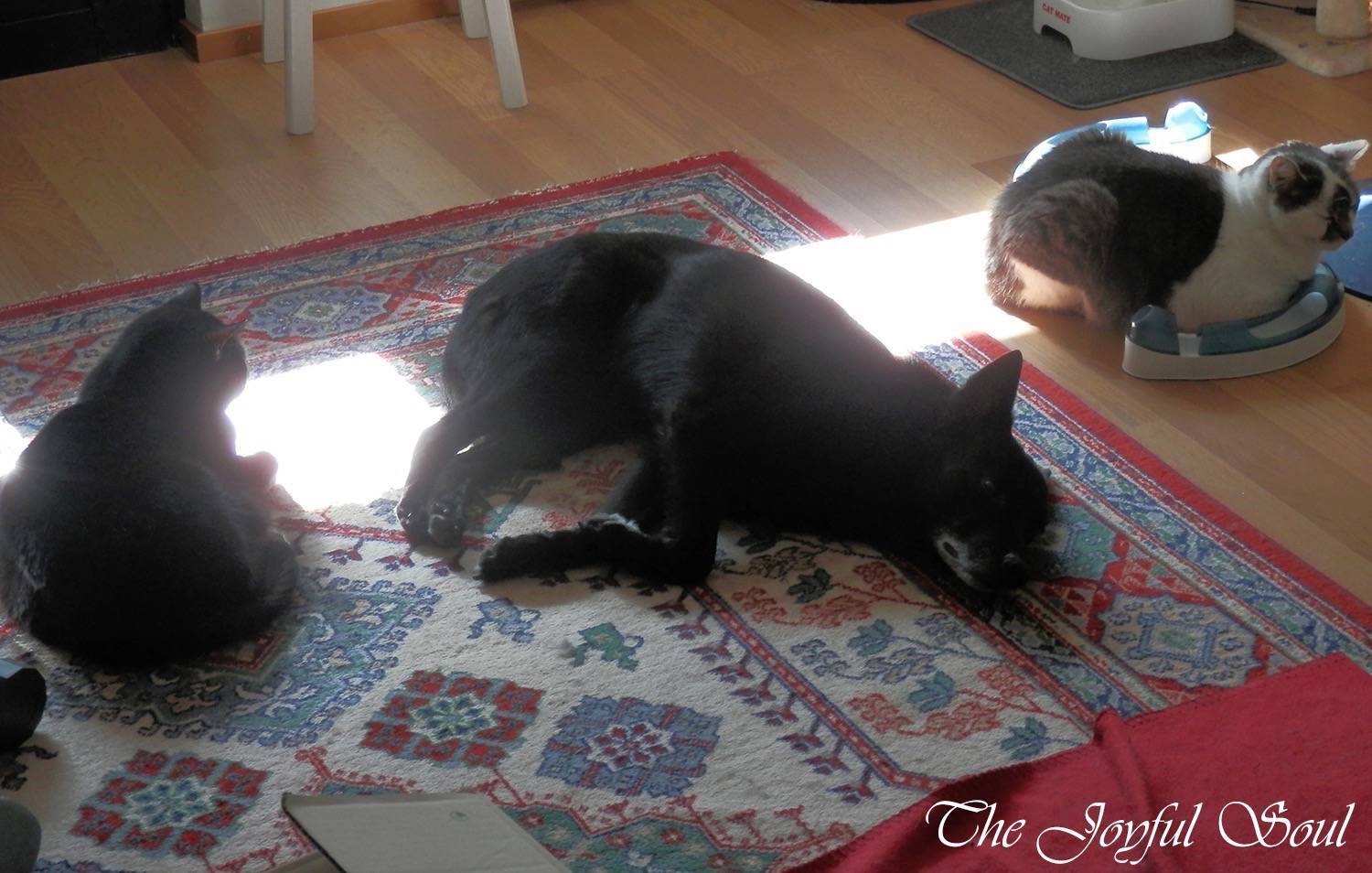 It’s interesting to see how the dog reacts to the cats, too. As I write this, Sampson is having a “Funny Five Minutes”, running around the flat like a crazed thing. Urho is diligently walking back and forth after him to check what he’s up to. If the boys bicker, Urho goes to see what’s wrong, inevitably breaking up the altercation regardless of whether he was intending to. And if Lola yells he will again go to check what is the matter.

Unfortunately for one reason and another we are not going to be able to keep Urho. We adore him and would love to keep him with us. The cats are not an issue, which is something we were concerned about. But sadly we can’t. So today, Sunday, as the trial period comes to an end he will be returning to his old owner until they can find someone else to take him. I know husband and I will miss him a lot. I have a feeling the cats will too, in their own way!