“We” are driving animals to their Graves!

In Britain, annual road casualties are estimated to account for 100,000 fox deaths, 50,000 badgers, 50,000 deer, 30 million birds and Hedgehogs once topped the death table with 29% of them being killed by cars and they sadly remain on the critically endangered list. Based on statistical analysis of those potentially unrecorded, authorities suggest that the realistic death rate is estimated to be around 70 million animals. Highways England reported that 2,143 dead animals were found on just 4,300 miles of motorway – accounting for just 1% of the UK’s entire road network.

Born from the Cats Matter’s team experiences, their year-round campaign centres around cats due to the lack of legislation protecting cats as opposed to dogs on UK roads. PetPlan figures reveal that 630 cats are hit by cars every single day in the UK, with 25% of these incidents being fatal.

They challenge UK law and continuously work with the DEFRA team on this issue and have so far succeeded in ensuring cats being microchipped is set to become law in England, so as cats can be identifiable once reported. They also aim to change mind-sets and spread awareness to enlighten people on the best ways to help an injured animal as they have found that many people would like to do the right thing, they just simply don’t always know how to. Being the big animal lovers that they are and understanding this is a crisis not just facing cats, they decided to establish a national remembrance and awareness day which will be used to commemorate, promote, and further mobilise action. The animal RTA awareness day will be recognised internationally and will be a period to observe the pressing issues of concern and raise awareness, as well as being a day to remember the fallen and pay tribute to lost beloved pets. 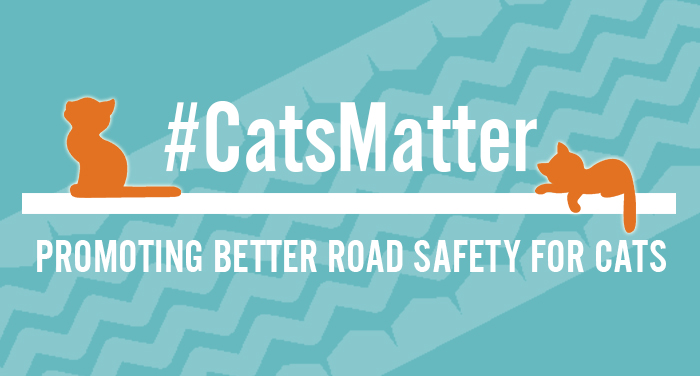 No animal deserves to be hit by a car and left in the road alone, scared, in pain, or worse! Our pets are somewhat lucky. With human owners who love them as family, people often say to us things such as, ‘owners deserve closure’, ‘someone will be heartbroken’, or ‘I would want someone to help my cat’. Although these are very true statements, and we know the need for closure first-hand, our primary focus is the animals themselves. Human emotion and heartbreak should be secondary to animal suffering, and we are sure people would first want someone to try all they could to help their beloved pet before considering their emotions. But what then about wild animals who don’t have the luxury of being loved by a human, or have a nice warm bed to go back to every night with a full belly? Do they not matter because there won’t be an upset human behind their death? Of course not, all animals matter and every single one of them deserves a chance at survival should the worst happen. All us drivers have a moral obligation to help all living creatures they injure while driving.

We are excited, and are gearing up for, the second official awareness day. By the creation of an awareness day, the Cats Matter team hope to coordinate a message which will be shared internationally, for all animals. We can’t stop roads being built, or always stop animals wandering on to them, but what we can stop is the needless suffering and pain these animals go through and give them every chance at survival, simply by highlighting the issue and bringing it to the forefront of driver’s minds.

World Animal Road Accident Awareness Day is held each year on October 10th. Of the seasons, August is the time vets tend to see more cats who have been hit by cars. For this reason, they wanted an autumn date marking the most treacherous time of year. The specific day marks the day Mosh lost his fight to stay alive. Mosh, who was the Cats Matter cofounder Mandy’s childhood cat, was hit by a car who fled the scene. He bravely managed to drag his paralysed body to a nearby bush where he awaited help for 4 days. After an extensive search, he was finally found by his family who rushed him to the vet. He fought as hard as he could, but it was eventually determined vets could do no more for him, leaving his family devastated.

Some drivers may see the statistics and feel a disconnect with such large numbers. The Cats Matter team aim to remind drivers that each one of those numbers is a life capable of feeling excruciating pain, and had a family and friends, perhaps even reliant young. Most of these numbers would have died a slow, painful, and lonely death, but this is one thing we can stop! We can help put a stop to the millions of unnecessary and avoidable deaths happening on our roads each year. Driving with that extra due care and attention will save many lives but accidents can, and always will, happen – even to the very best animal loving drivers! What is then hoped is that the drivers will do all they can to help the animal they have just hit. There is never an excuse to be so morally bankrupt as to flee the scene without checking on an animal.

Wildlife rescue differs slightly from that of domestic pets. When helping wildlife, you will need to approach the situation differently, both to potentially protect yourself from injury, and causing further stress or injury to the animal. Your nearest wildlife rescue should be the first port of call as they will be trained specifically in the care and rehabilitation of certain species. Instant lifesaving treatment by a vet may be a good option initially but informing the local wildlife rescue is also advised. Vets are only obliged to administer pain relief to relieve suffering which could lead to wildlife casualties being unnecessarily euthanized. Wildlife rescue will have specialist teams on standby ready to either treat the injured or be able to rehabilitate the animal once treatment has concluded.

All around the world, campaigners and conservation groups are taking action to help limit road casualties. From bat bridges and scent fences to wildlife crossings and vehicle-based driver warning systems. To find out more about what is being done around the world, as well as how you can help minimise the risk to your pets, livestock, and local wildlife, more can found on our blog here. 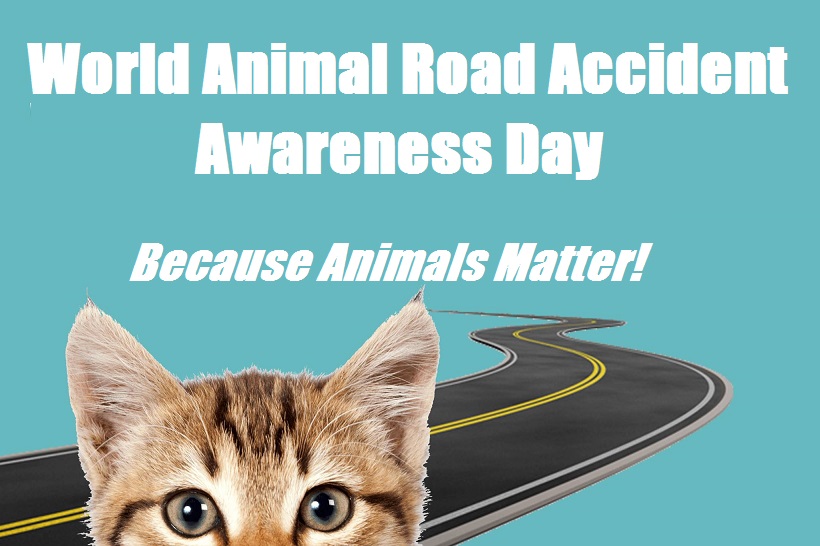