Kent, August 2021 – The Aspinall Foundation, in collaboration with Parc Safari and Imire Rhino & Wildlife Conservation, are celebrating after two cheetahs they rewilded from captivity in Canada are now hunting successfully on a Zimbabwean reserve. 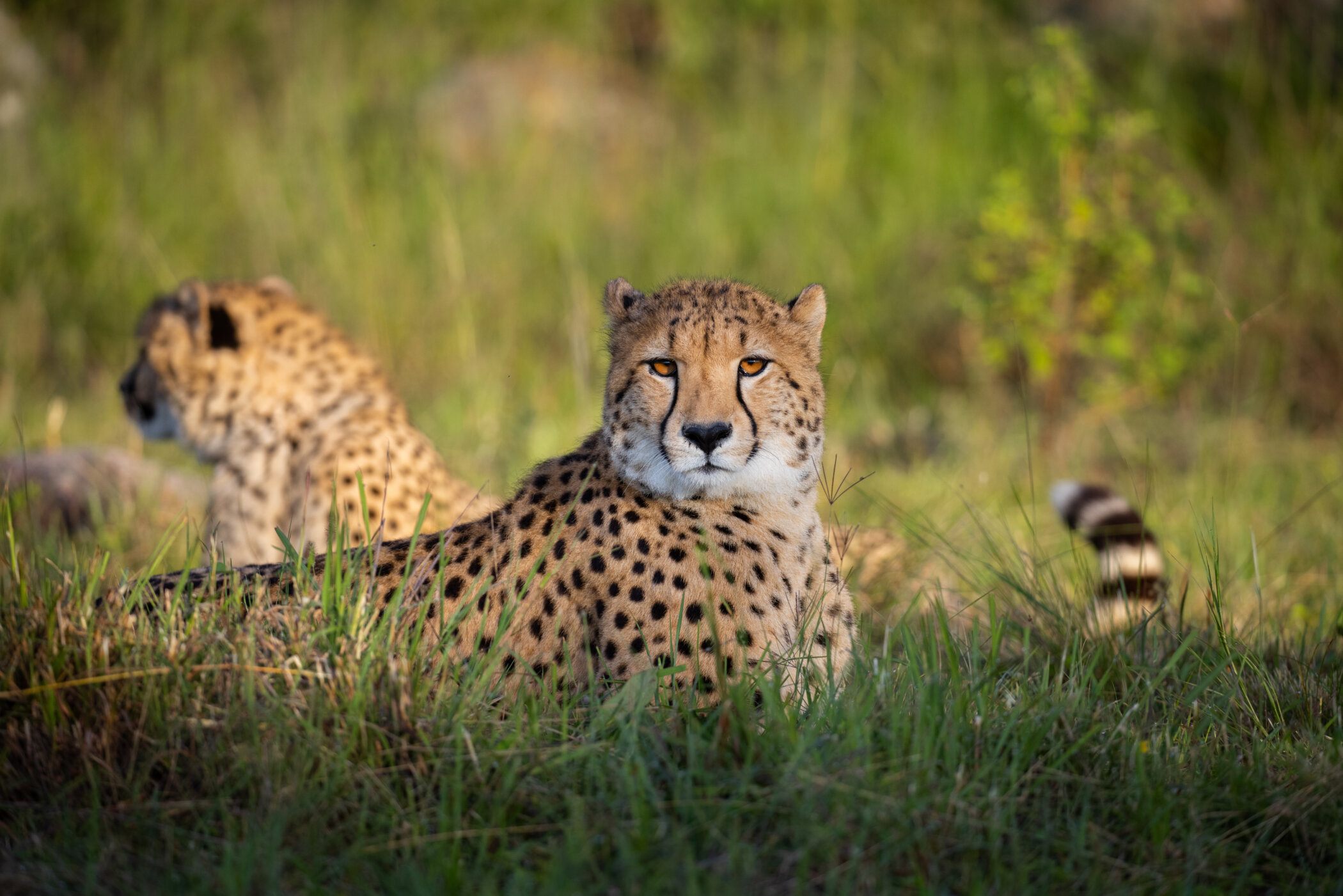 The cheetah brothers, Kumbe and Jabari, were born at Parc Safari in Quebec, Canada, and The Aspinall Foundation worked closely with the park to rewild the animals to Imire Rhino and Wildlife Conservation in Zimbabwe’s Mashonaland East district in February this year. The project was implemented as part of the Aspinall Foundation’s greater rewilding initiative, #BackToTheWild.

Following 60 days acclimatising to their new environment in a quarantine boma, the striking brothers were released in April onto Imire’s 4,500-hectare reserve, which offered the perfect environment for these stunning animals to become self-sufficient predators.

Within 24 hours of their release onto the reserve, Kumbe and Jabari had made their first two kills – a waterbuck and a blesbok. Since then, they have successfully fended from themselves, taking down more prey without requiring any supplementary feeding.

Damian Aspinall, chairman of The Aspinall Foundation, said: “This is a fantastic outcome for The Aspinall Foundation, Parc Safari and Imire Rhino and Wildlife Conservation. We’re thrilled that Kumbe and Jabari have acclimatised so quickly and are thriving in their new environment. It’s a privilege to watch their natural instincts kick in and see them living fully as wild cheetahs. 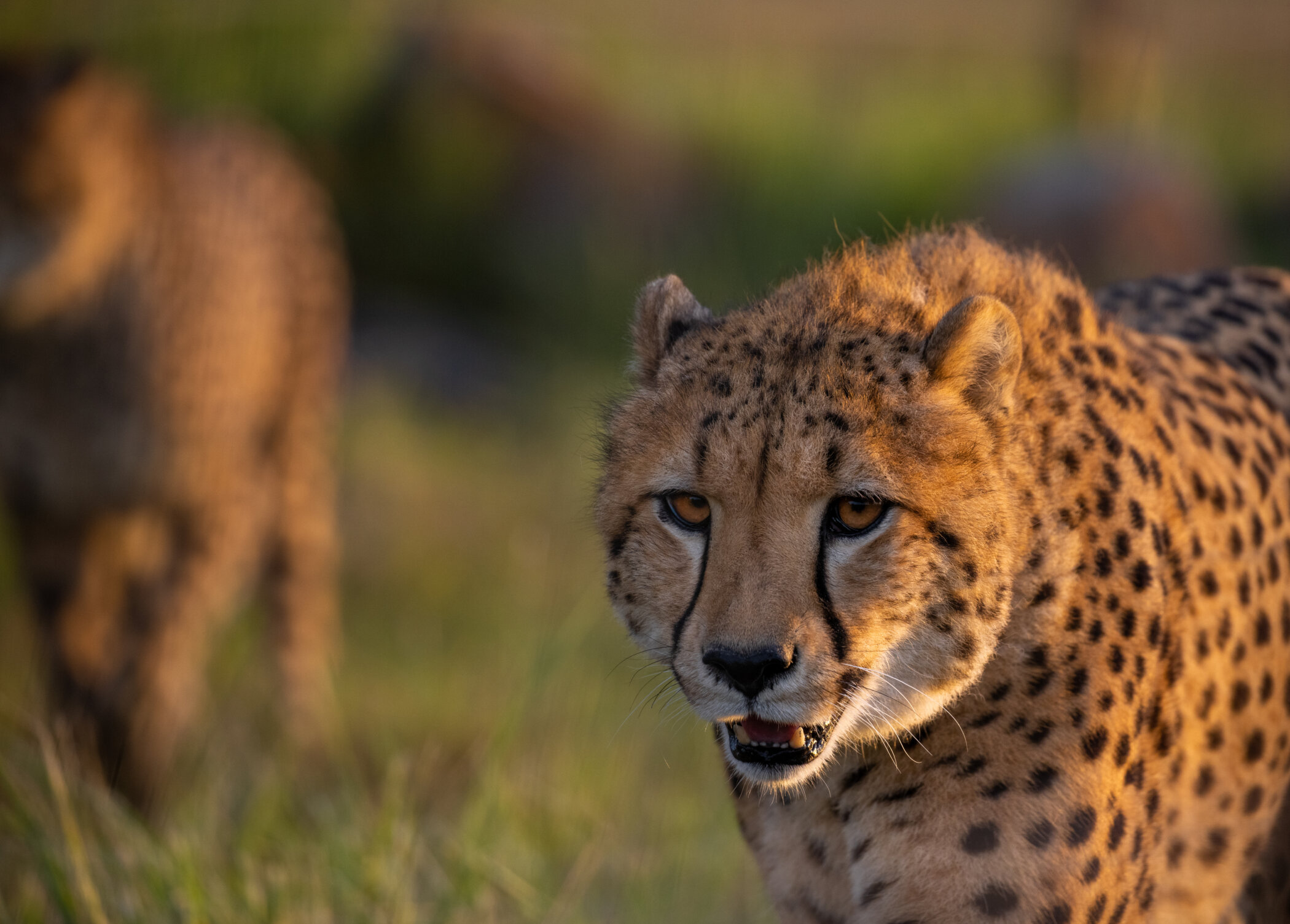 “Along with our successful rewilding of two other cheetah in South Africa in 2020, this project proves yet again that rewilding these magnificent captive-born cats can yield incredible results. We are already working with other organisations to replicate this trailblazing programme and repopulate other reserves with these beautiful animals.”

Dereck Milburn, Regional Director for Southern Africa, added: “It’s very rewarding for our team and the Imire rangers to see Kumbe and Jabari adapting exceptionally well to their new wild home. They are displaying great natural instinct and behaviour, such as dragging their prey to hide it from scavengers and patrolling and marking their territory established in the east of the reserve.

“They are vigilant and alert of their environment and are also learning some important life lessons when challenged and chased away by some of the larger species.”

Before their release, both animals underwent health checks and were fitted with tracking collars, enabling the Imire management team and The Aspinall Foundation to monitor them on a daily basis. All data gathered from the brother’s adaption and progress will help to implement new strategies for future rewilding. 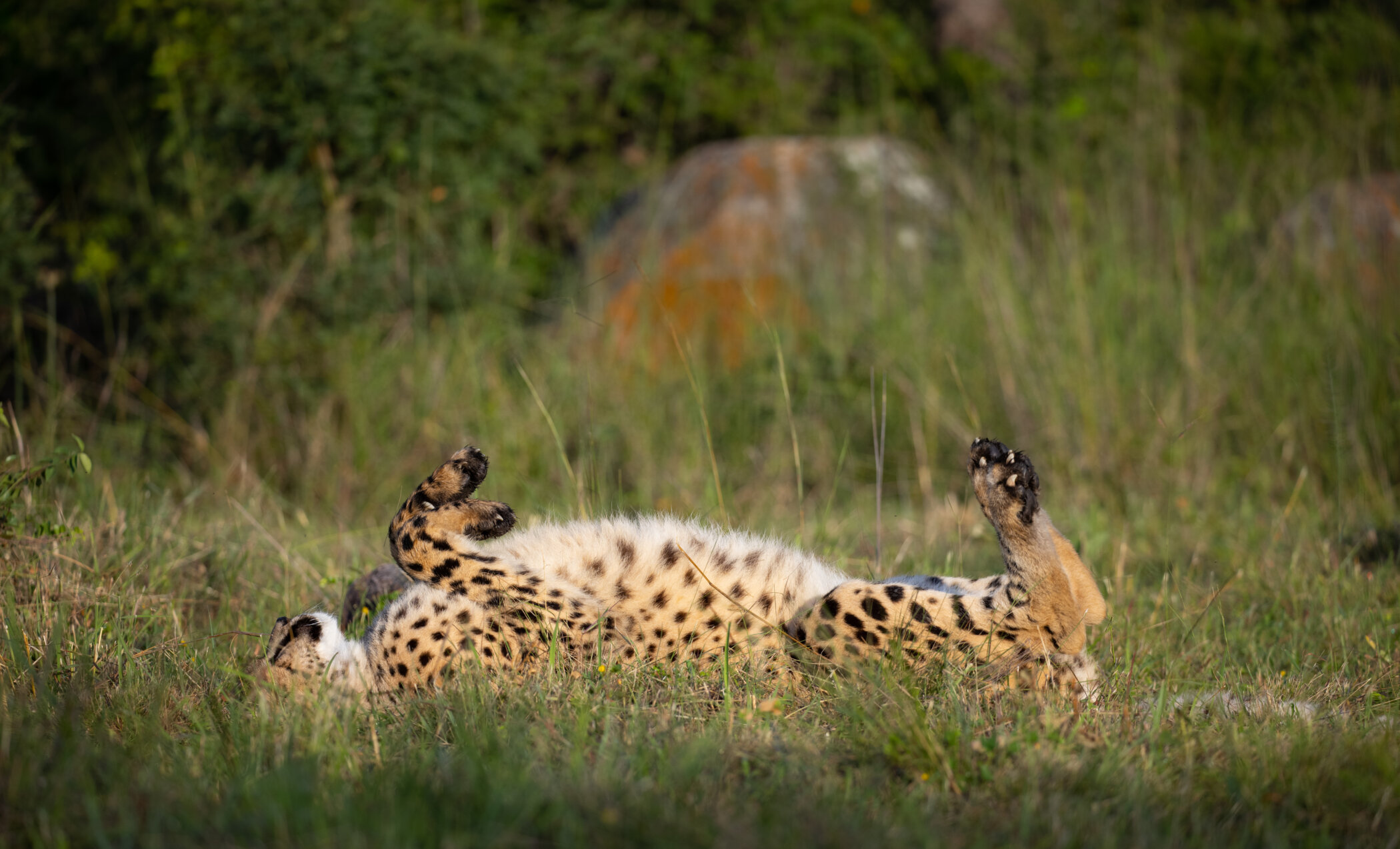 The brothers represent the first cheetah ever to be translocated from Canada for rewilding and are simultaneously the first captive cheetahs to ever be rewilded in Zimbabwe. The project has been well supported by the Zimbabwe Government and the plans are now to bring an appropriate female to breed with the males, with an aim of actively contributing to the Zimbabwe cheetah population.

Kumbe and Jabari join the list of the hundreds of animals The Aspinall Foundation has rewilded, including black rhino and western lowland gorillas. A world-leader in wildlife reintroduction, the Foundation undertakes a wide variety of conservation work, encompassing the recovery of threatened species and their habitat and tackling issues such as the illegal wildlife